With the revelation that Ryan Murphy once had the rights to Orange Is the New Black, one can’t help but wonder what that would look like: a elevision take on the blaxploitation prison film Black Mama, White Mama, or a musical version of the “Angels in Chains” episode of Charlie’s Angels is more likely.

But apart from how dramatically different the show would be, let’s imagine which of Murphy’s prized actors he’d cast in the role of Litchfield’s favorite inmates.

Never mind the age difference; there’s no way Emma Roberts wouldn’t be Murphy’s leading lady. She’d play a fresh-out-of-college Piper, somehow with a marriage and an arrest under her belt. She’d be bitchy and ruder than the current Piper, so really everyone would hate her.

Michele has already shown that she can be a sexy bad girl on Scream Queens, so she’d be the best of Murphy’s stable of faves to play Litchfield’s resident bad-girl lesbian. The one benefit of this casting is that Alex would actually be interesting, if only for the experience of seeing Michele playing against type.

Murphy’s filmography doesn’t give us a lot of black actresses to pick from, to be honest, so naturally, this powerhouse Emmy-winning role needs to go another powerhouse, like the Oscar-nominated Angela Bassett. 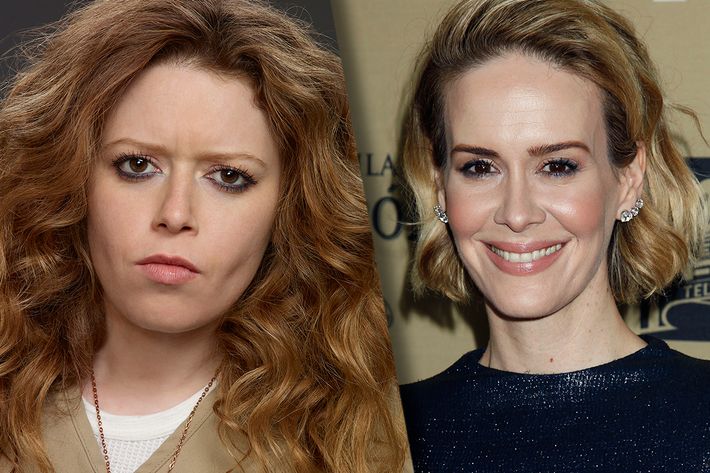 Paulson seems to be Murphy’s good-luck charm, and she’d handle Nicky’s drug addiction with the necessary heartbreak and vulnerability. 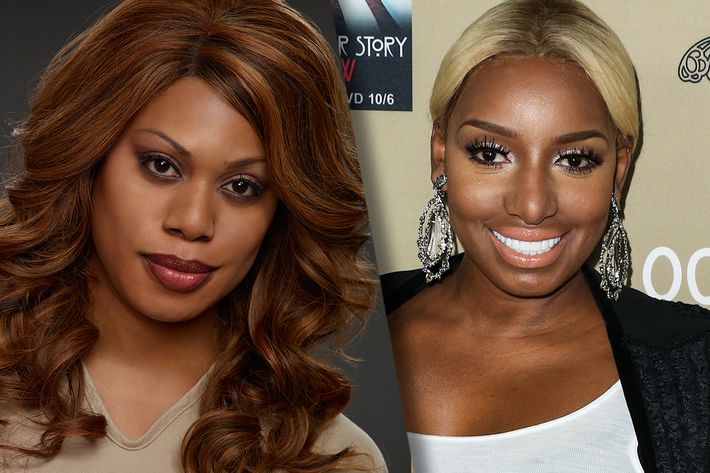 As with with Unique on Glee, Murphy’s casting for trans characters usually just means hiring someone black and sassy who’s good with one-liners. Sophia would have a lot more to do with Leakes playing her, but that might not actually be for the best. 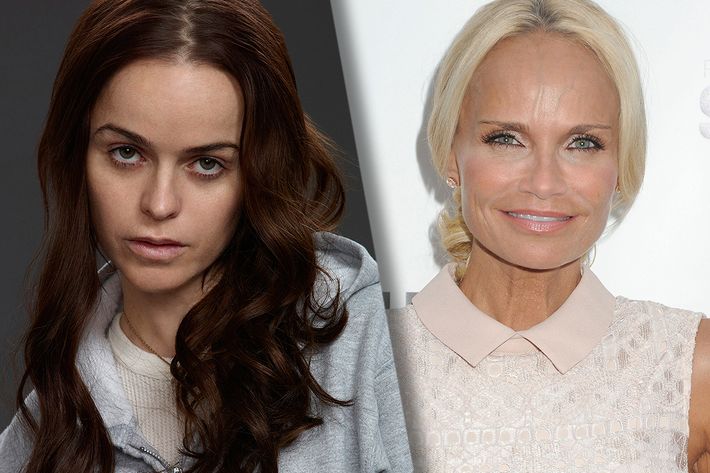 Chenoweth basically auditioned for Pennsatucky while on GCB. If she were on OITNB, there’d be a lot more of her singing and shucking and jiving spiritual hymns and singsonging random Bible verses that make no sense. 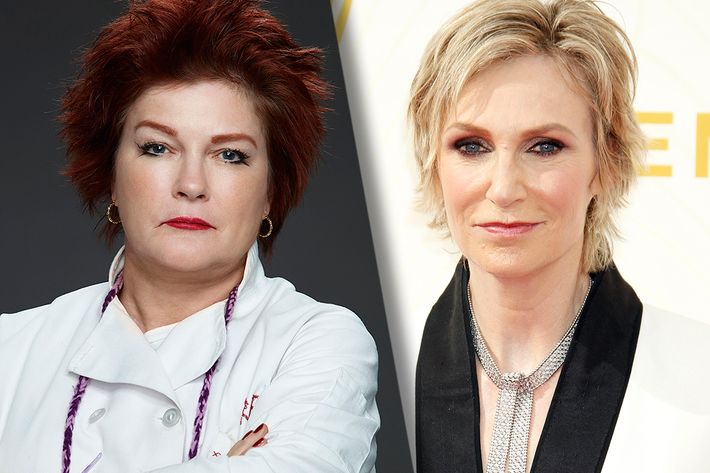 A no-nonsense authoritarian with a short haircut? Who else but Jane Lynch? She can throw pots and pans around the kitchen and have tantrums whenever she faces opposition.

As one of the four black women Ryan Murphy knows, only Sidibe could deliver on Taystee’s sexy curves and delivery of classic one-liners. We’d wish Sidibe actually did have this role in real life, but then she wouldn’t be on Empire. 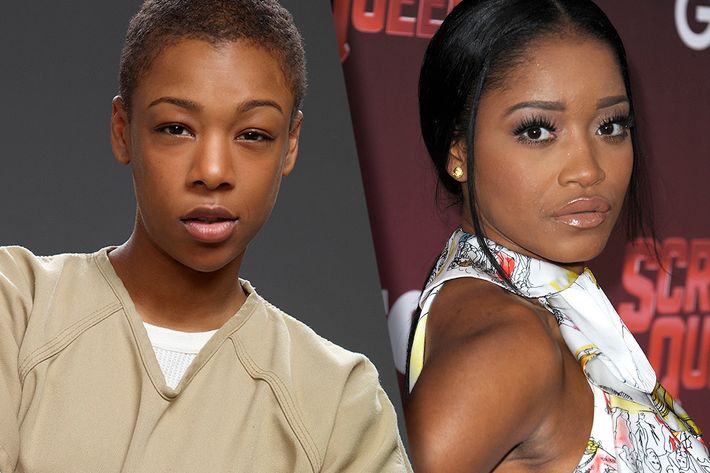 She’d be just as “sassy” as she’s asked to be on Scream Queens, only without that long, pre-braided Poetic Justice weave they have her wearing. 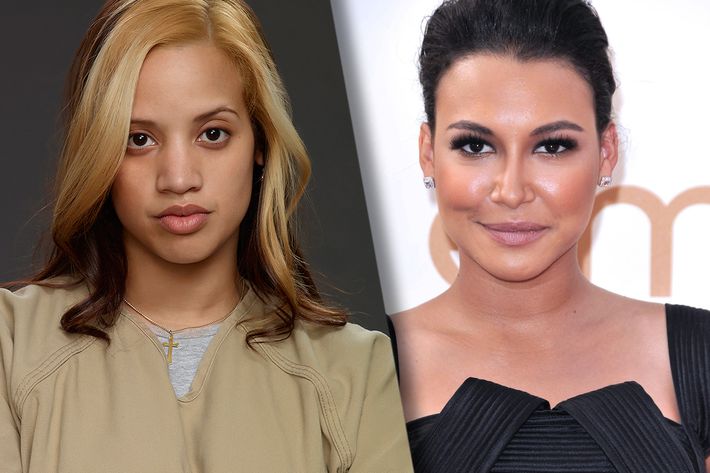 Rivera was one of Glee’s secret weapons. She’d play the pregnant Daya perfectly, and you’d feel for her whenever she turned on the waterworks.

Murphy loves casting Rabe in roles where he can torture her (as seen on AHS: Coven), so who better to play the oft-victimized Morello than her? 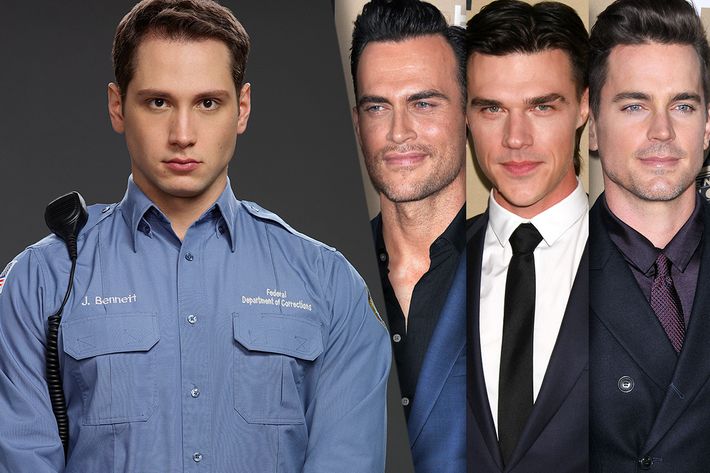 Any of Murphy’s stable of attractive white guys could play Litchfield’s resident stud in a uniform. In fact, you could probably swap actors each season, and the audience wouldn’t even notice.

Maffia hasn’t been featured in a Murphy joint since Nip/Tuck, which is a damn shame because she was perfect as Dr. Liz Cruz. Her ability to show all the disdain in the world for Julian McMahon on that show would translate well to her role as Gloria. 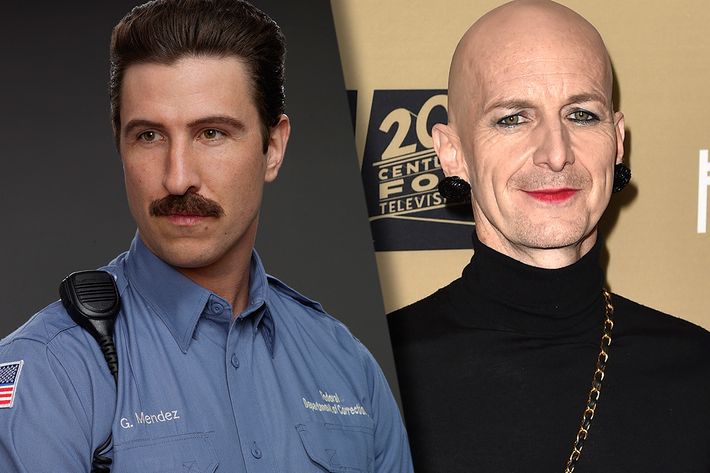 O’Hare plays creepy so well, and imagining him with a ‘70s pornstache will probably give you nightmares.

Because there’s always a role for Evan Peters.

what a tease! 5 mins ago
Beyoncé, Professional Tease, Releases an Almost Music Video for ‘I’m That Girl’ Now can she try being “that girl” who releases music videos?
comedy review 1:12 p.m.
This Fool Is What Streaming Comedies Should Be And a just world would give us several more years of it.
By Kathryn VanArendonk
what we know 12:54 p.m.
Salman Rushdie Stabbed and Seriously Injured During Speech in New York A man leaped onstage and violently attacked the author, whom Governor Kathy Hochul says is alive.
breakups 12:35 p.m.
Michelle Branch Announces Her Separation From Black Keys’ Patrick Carney Branch was arrested for misdemeanor domestic assault shortly after the announcement.
dinner party 12:09 p.m.
Why Are We Watching Industry? On the perverse pleasures of witnessing the worst people do the worst possible things.
housewives institute bulletin 12:00 p.m.
The Ultimate Real Housewives Trivia Quiz Brought to you by the esteemed members of the Housewives Institute. How many can you get right?
overnights 12:00 p.m.
A League of Their Own Recap: The Crab Boil Casey “Dove” Porter is no Jimmy Dugan.
vulture 10x10 12:00 p.m.
The Brooklyn Puzzle 21-Across, Eight Letters: Magic Mike performance.
the theater 11:42 a.m.
Broadway’s Into the Woods Announces Power-Couple Casting Stephanie J. Block and Sebastian Arcelus, real-life husband and wife, will step into the lead roles.
this week in late night 11:41 a.m.
Kaitlin Olson Roasting Her Husband Won Late Night This Week Plus Megan Thee Stallion’s dog stealing the show and money lover Mindy Kaling.
now streaming 11:33 a.m.
The 7 Best Movies and TV Shows to Watch This Weekend Including A League of Their Own, but gayer this time!
overnights 11:09 a.m.
Never Have I Ever Recap: Trollhunter It’s admirable of Never Have I Ever to navigate the gray areas of the Paxton/Devi/Haley dynamic.
departures 10:49 a.m.
Jon Batiste Leaving Late Show for His True Calling: Winning More Grammys Interim bandleader Louis Cato will take over fully.
overnights 10:23 a.m.
For All Mankind Season-Finale Recap: All My Good Dumplings Another big-swing finale does a nice job making some concluding remarks on what unites these precious (and in one case, literal) space babies.
overnights 9:50 a.m.
Never Have I Ever Season-Premiere Recap: The Odd Couple The gossip and pressure of being the school’s hottest and unlikeliest couple get to Devi.
overnights 9:45 a.m.
A League of Their Own Series-Premiere Recap: Play Ball Batter up! Hear that call! The time has come for one and all…
collabs 9:13 a.m.
Beyoncé Is the Girl to Make Ronald Isley & the Isley Brothers Say It Again Listen to their new duet of the 1975 hit “Make Me Say It Again, Girl.”
movie review 9:00 a.m.
Emily the Criminal Isn’t Interested in Empathy Aubrey Plaza is great as a woman caught between crushing loans and a felony record who embarks on a surprisingly gritty criminal side hustle.
By Alison Willmore
role call 8:46 a.m.
Kate Bosworth Answers Every Question We Have About Blue Crush On competing for the lead role with Jessica Biel, eating sand during her audition, and surviving the “cruel” streak of the early 2000s.
By Ilana Kaplan
qu'est-ce que c'est? 8:00 a.m.
When Wet Leg Met Wet Leg Superfan David Byrne The breakout indie-rock duo and former Talking Heads frontman discuss the perils of fame, the genius of “Psycho Killer,” and being specks of dust.
More Stories