Probably at some point in our lives we’ve all wished we could just crawl into a dumpster and die. You know? But for a number of reasons almost none of us end up doing this, the biggest reason being the smell, and our basic will to live running a close second. So when Peter Quinn attempted to literally crawl into a dumpster and die this week, we probably knew how he was feeling even if we were also shouting at our televisions, “Do not crawl into that dumpster and die, Peter Quinn!” Personally I would not like to see him die at all, let alone in a dumpster. At least we can all rest assured that Homeland would never kill off its male lead — oh wait.

“Better Call Saul” (LOL, okay, Homeland) followed up last week’s spy games–themed episode with an hour of detective work. It made sense that the show needed to pull back on jaw-dropping moments as the season enters its second act, but pretty much the only suspense here was wrung from whether a dying Peter Quinn would kill himself before an infected gunshot wound would. In other words, one of the less crowd-pleasing subplots since Dana Brody ran over an old lady provided the most compelling reason to watch. Fortunately the episode had a few nice moments peppered throughout, like Carrie’s reunion with Saul, plus that cool mask she got to wear. But yeah, for the most part, this episode involved our characters running errands basically. Necessary! But not exactly thrilling. 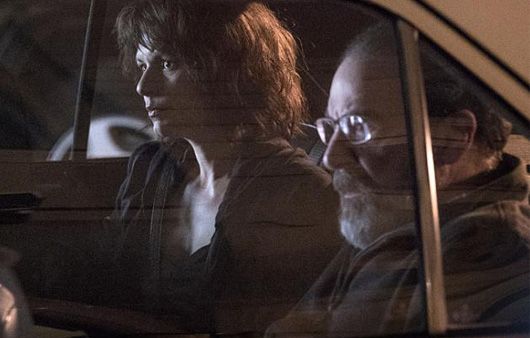 Carrie had two major concerns this week: (1) Keeping Quinn alive without taking him to an emergency room, and (2) finding out who had ordered her execution. To do both these things she shadily took advantage of her boyfriend Jonas’s goodwill. Now, Carrie’s never been A+ at relationships, but one could argue that ignoring your partner for days only to trick him into bringing medical supplies for your dying love interest is not the best way to treat someone. For his part, Jonas was not thrilled about babysitting Quinn, and it was made clear that Carrie was using up whatever shred of affection Jonas still had left for her. But because of him, Carrie was able to do a number of things: Press Astrid for the identity of the thug who’d shot Quinn; visit Laura at an anti-spying rally; and eventually share a secret cab ride with Saul. Carrie was in full gumshoe mode this episode and her most important discovery was that the same Russian guys who’d stolen the hacked documents had also conspired with Allison to have Carrie murdered. Thus two disparate plotlines began weaving themselves together. 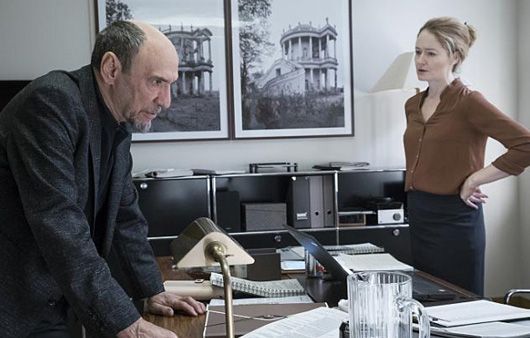 As we suspected last week, Allison is the key player in this season’s most nefarious shenanigans. Though her motives, designs, and loyalties still aren’t entirely clear, this episode contained enough shots of Allison staring into the distance looking ambivalent that it’s clear she is one complicated lady. The revelation that she is friendly (or very friendly) with a Russian spy was troubling enough; but she was possibly also involved in the bombing of that Syrian private jet, or is at least very willing to take advantage of it for her own gain. As predicted by Allison’s Russian spy friend, Dar Adal suspected an insider had been involved in the bombing, and suddenly Saul was in the spotlight. It almost didn’t matter if Saul’s Israeli intelligence buddy had been behind the bombing, just the fact that Allison arranged for them to be photographed together was incrimination enough. So the question now is, after Allison had seemingly pretended to throw Saul under the bus earlier in the season, was she doing it for real now? And was all of this just her way of climbing up the ranks? For now I prefer no answers; Allison’s ambiguity is what makes her so great. (Miranda Otto’s performance has been especially wonderful.) 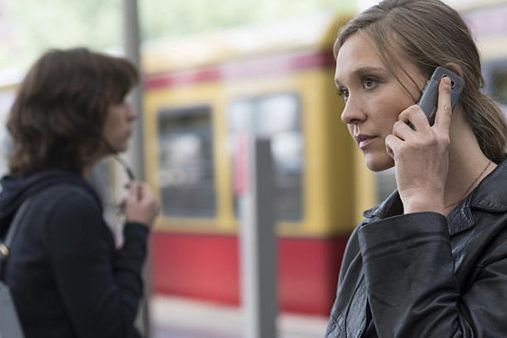 Laura, meanwhile, had returned to her beat of shouting questions at masked protesters, only to discover that a masked Carrie had slipped a burner cell phone into her pocket. Later, at a clandestine meet-up at the train station, where they each pretended to shout into cell phones while sitting beside each other, Carrie learned that the same Russians who’d tried to have her offed had also stolen Gabehcuod’s copies of the CIA’s purloined data. As viewers, the trade-off for having these two plotlines finally intersect was that the plot somehow seems even less understandable? I might need a flowchart to fully comprehend what’s going on here, but I do know that apparently the missing documents are so important that the Russians are killing people over them; and if Carrie wants to see them she’ll have to do it from inside the CIA. But since Saul is already on thin ice, helping Carrie will probably not help his standing with Dar Adal. Complications! 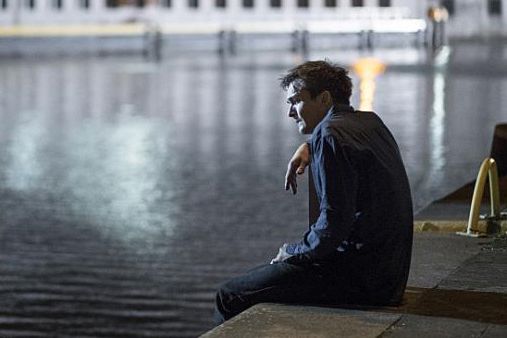 Friends, let’s be honest with ourselves, this episode came down to Peter Quinn. After his wounds took a turn for the worse, Jonah seemed poised to call an ambulance, which Quinn believed would blow Carrie’s cover and put her in danger. So he made a decision only someone as truly hardcore as he would: Sneak out, tie himself to a cinder block, and jump in a river. Please put aside the horror of that idea for a second and embrace what a showing of sheer love this was: Quinn was going to kill himself to keep Carrie safe. It’s almost swoon-worthy if it weren’t so troubling. Fortunately Quinn’s efforts were thwarted by an ostensibly good Samaritan who attempted to talk him out of it. After hobbling away from that scene, Quinn’s follow-up plan was to crawl into a dumpster and die, but again he was interrupted by the Samaritan. Was the man truly just trying to save Quinn’s life, or was he more than what he seemed? Either way, I think we (and especially Carrie) can all be grateful that Quinn’s heart will continue to beat for at least another week. 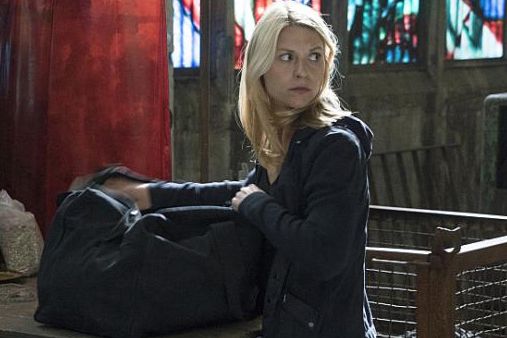 “Better Call Saul” was not the darkly entertaining romp its title suggested, but it was important to the overall whole. No explosions, no shoot-outs, no mental breakdowns, sure, but this week was more about pushing pieces around a chessboard. The downside of revealing more of the season’s overall design is the loss of intrigue, but Homeland has already started the task of beefing up personal conflicts between the characters to make up for it. Saul and Dar Adal seem headed for a falling-out (to put it mildly), and who even knows what kind of scorched-earth tactics Allison may resort to while staring wistfully into the middle distance. And yeah, Carrie is seeming sliiightly more single these days, so that portends interesting romantic possibilities (*cough* Quinn). In all, this episode was fine. Not bad, just less eventful than we’re used to. But that’s why we have episodes like this: You can’t light off bottle rockets without emptying some bottles first.

+Comments Leave a Comment
Homeland Recap: Masking for a Friend