A good flashback wig can really say it all. Television’s unabashed embrace of serialized storytelling means almost every show now relies on flashbacks to generate twists and revelations. Let’s give the hair and makeup departments their due for doing so much of the heavy lifting in these sequences: On Empire, Cookie’s flashback wigs bring even her most traumatizing memories a dose of crazysexycool; The Vampire Diaries has seen its main immortal bros don every floppy hairstyle of the past 150 years; and last week’s How to Get Away With Murder concluded with an emotional revelation that was instantly undercut by Viola Davis’s sassy braids. There’s something so charming about our favorite characters with outdated hairstyles, and it serves to prove how much someone can change over the years — even those years we didn’t know them. 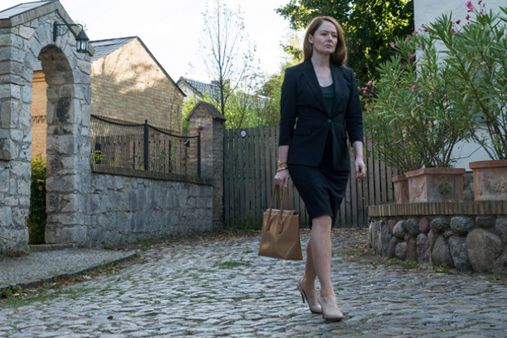 This week, Allison’s flashback wig fit her character arc perfectly. When a 2005-era Carrie Mathison reported for duty in Iraq — where she portentously laid eyes on a wall of photos of M.I.A. soldiers, Nicholas Brody among them — she met Allison to take over her job. From her wispy bangs and no-fuss limp locks, we could instantly tell that Allison was over it. She’d been in Iraq for so long, and had become so disillusioned, she drank straight whiskey in her office every day while openly fantasizing about her upcoming daiquiri tour of St. Lucia. Contrasted with Carrie’s then bright-eyed perkiness — oh, how the ensuing years would change this — Allison was like a sad-eyed ghost. It was no wonder why she’d come to make the decisions that now affects everyone in the present day. 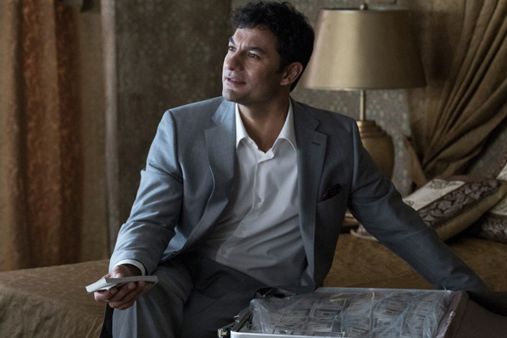 As you may have noticed from the episode title, “All About Allison” was (mostly) all about Allison. When we learned last week that she was working with the KGB, my wishful thinking lead me to believe she’d been an operative for her entire career (like in The Americans), but the truth is slightly less sexy. During those fateful final weeks in Baghdad, her Russian frenemy in the KGB entrapped her in a scheme to run off with an Iraqi asset (and his $8M in skimmed cash), then blackmailed her into a career of compliance with the Russians. It was scarier to imagine her as a cold, calculating Soviet sympathizer since birth, but now that we know she’s only cooperating under duress, it humanizes her. (It also explains her near-fainting spell at possibly being found out.) Unfortunately, though, Carrie now knows her secret, thanks to a photograph she found on that Iraqi asset’s stolen laptop, drinking a daiquiri at a suspiciously familiar St. Lucia bar. 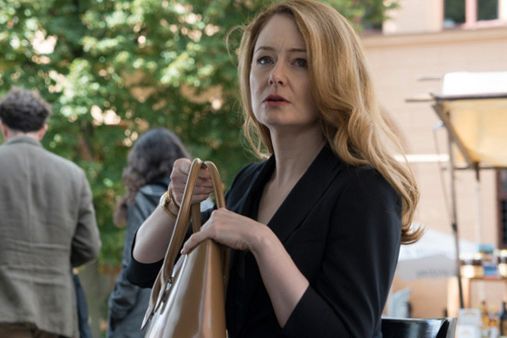 While it was never clear why Carrie trusted Allison following that contract-killing attempt, her desperation to contact her still felt plausible. Even without knowing that Düring is not much of an ally anymore, Carrie still felt alone in her mission to uncover what the Russians had against her. Her eventual meet-up with Allison in a German village was nicely staged and plenty tense — a Russian sniper was poised to take Carrie out the instant Allison gave a secret signal. But again, the more we flashed back to Allison and Carrie’s first meeting, the more we understood that perhaps the women did harbor a sort of mutual respect for each other. At the very least, Allison’s guilt over getting Carrie into this mess — and then trying to kill her — may have influenced her decision not to signal the sniper. Wouldn’t it be nice if Allison were to double-cross the Russians and redeem herself in the end? Homeland’s twists are never that neat, unfortunately. 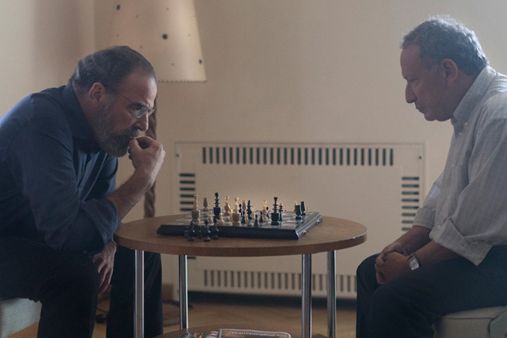 Speaking of messy, Saul finds himself without many options this week. Though his Mossad bestie had done him a solid by spiriting him out of CIA incarceration, it looks like he’ll likely be sent back to Berlin. The brief but riveting scene between Saul and a high-up Mossad woman did leave hope that the Israelis are just as interested in uncovering what the Russians are up to, and even better, it proves that Saul has clearly come to trust that Carrie will save the day. Though I can’t say I fully believed that the two of them would have the rift they did at the season’s start, it nonetheless feels right that their mutual faith is now somewhat restored. If a frantic, be-wigged Carrie couldn’t get to the bottom of their shared problem, then who could?

Meanwhile, Quinn is not having a great road trip. Last week, we saw him take command of a fleet of would-be terrorists — he was hoping to murder their leader in Syria — but “All About Allison” turns the tables in a very disappointing way. During a suspicious pit stop in the countryside, the men make Quinn sleep in the back of the truck and offer him little-to-no explanation for why they’ve stopped so long. After a bit of sneaking around, Quinn figures out that they’d been stockpiling gas masks (and later, a few ominous tanks of chemicals), but his discovery comes too late. Suddenly, he’s hit in the back of the head with a pipe and tied up in Saran wrap. The men weren’t going to Syria after all; they were returning to Berlin for some kind of attack. It’s upsetting enough that Homeland currently features a subplot about ISIS attacking a major European city. Narrative-wise, it’s always a bummer to see someone get the upper hand on Quinn. Fingers crossed he’ll super-spy his way out of this mess. 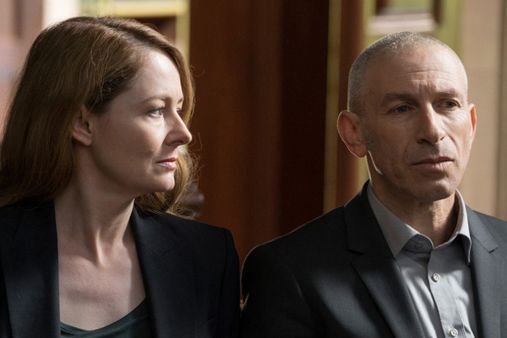 “All About Allison” paints a picture of Allison’s backstory in subtle shades of gray, but for the most part, this episode is meant to set up the chess pieces for future confrontations. It’s certainly not a bad episode, just not an essential one. Nevertheless, Miranda Otto’s stunning performance, the writing’s notable nuances, and that flashback wig (of course) make Allison one of current TV’s best and dynamic characters. At this point, I might root for her to come away clean just because it’ll mean she sticks around for future seasons. What kind of person might she become? And more importantly, what kind of hairstyle might she have?