In America, names are signifiers of where we come from and where we could go. It always made me sad that Kal Penn is actually Kalpen Modi. Mindy Kaling, Vera Mindy Chokalingam. It’s the kind of sadness you grow out of as you become an adult and discover realities we must simply accept. In Hollywood, certain names can never become famous unless shorn.

Aziz Ansari subverts that rule. His is the name of an Indian Muslim, hardly an obvious candidate for American leading man. The former Parks and Recreation star has talked about how even he couldn’t land three-dimensional roles after sidestepping his way into hearts as Tom Haverford. 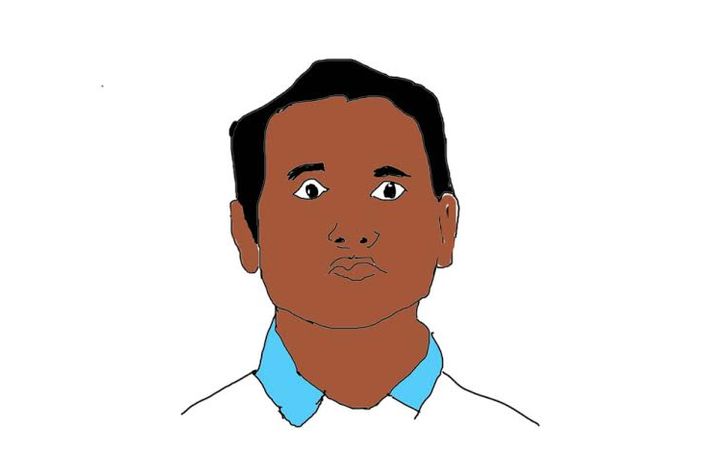 As Margaret Lyons predicted, Ansari’s debut on Netflix is about to become a lot of people’s favorite show. Forgoing the networks opened up options: When we first meet Dev on Master of None, it’s not in a position we normally see non-white actors assuming. He’s in bed, canoodling with Rachel, played by former SNL actress Noël Wells. 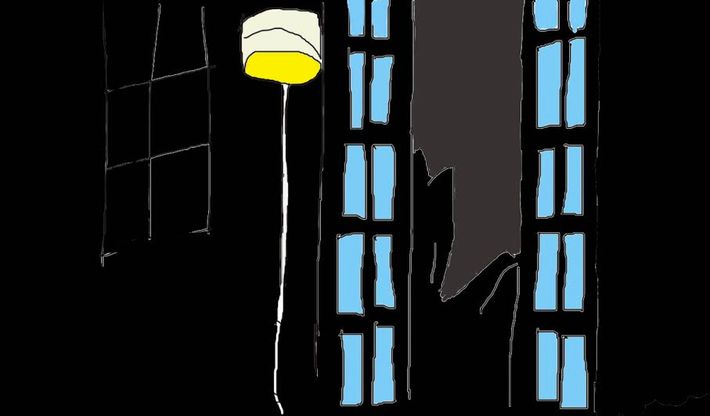 The couple’s first conversation sets the tone of the show: adorable, honest, almost too sweet to be sexy. Dev and Rachel debate the mystery driving Ask Alice columns since the beginning of the Internet: Can pre-ejaculate get a girl pregnant? Fears confirmed, they end their first date after a trip to the pharmacy for the episode’s titular pill.

Followers of Ansari’s comedy know his latest concerns are pretty domestic: dating in the age of text messaging, parenthood. We’re soon fleshing the latter riddle out with his pals — sitcom rule of four upheld: Denise (Lena Waithe), Brian (Kelvin Yu), and Arnold (Eric Wareheim, of Tim and Eric), all of whom establish their personalities in moments. Denise, blunt and thoughtful den mom; Brian, suffused with the winning obliviousness of a kid who’s always killed with the opposite sex — more on this subversion of expectations later — and Arnold, a textbook weirdo who really loves his dead pet turtle.

If the show deploys its charms early, it can’t avoid its flaws either. There’s an earnestness that can lead to obvious setups and occasionally clunky dialogue. A few scenes in, we’re ushered into a prime setup for Dev to meet his fears: he offers to babysit a friend’s kids for the day. 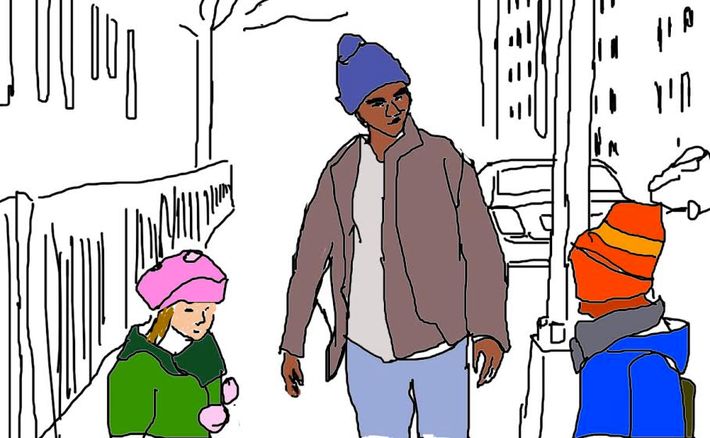 In his innocence, Dev thinks kids in small doses are the same as kids 24/7. We enter a Brooklyn parents’ revenge nightmare against the borough’s singletons: a day of disturbing the peace in yuppie establishments by kids who like to rub their private parts on food products, yell out the ethnicities of strangers right at them, and disappear.

Dev’s fantasies about his own kids abruptly swerve. Instead of the imagined angels of a few scenes earlier, he envisions two brown hellions tearing his future house apart. 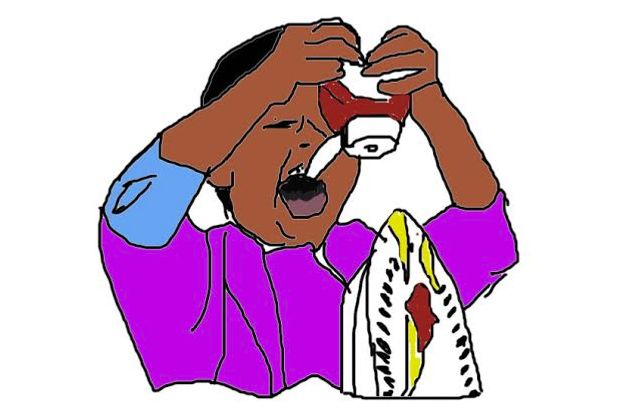 ​The setup outlines the shape of Dev’s particular angst. He, like Ansari, wants to be an adult, and a good one. He’s an Indian kid after all: He wants to do his parents proud. But does anyone really want to sacrifice personal happiness given the choice? The new Brooklyn operates on the promise of never having to: You can have your patio and your boutique coffee shop, for a price, but still.

Back home, the kids make a sandwich for Dev and their mom. It’s an unholy mess of bread, lettuce, peanut butter, and ketchup. The significance of the offer is clear: here’s love, messy and real. Will Dev forego his fancy chicken parm sandwich from Mario Carbone and Rich Torrisi’s hip Manhattan eatery for a love sandwich? 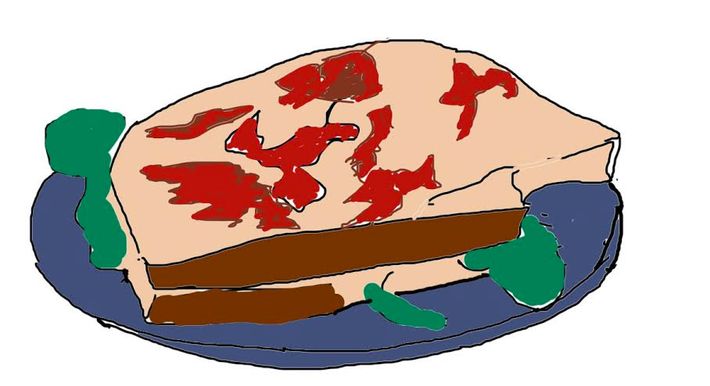 Turns out, we’re dealing with a classic leading man. Dev digs into his fancy sandwich, in the process setting up the premise that drives every iconic American meditation on the shift from childhood to adulthood in the land of dreams. He’s not quite ready to grow up. 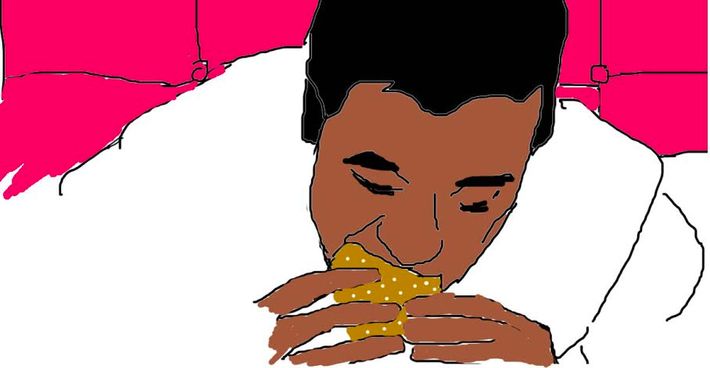 +Comments Leave a Comment
Master of None Recap: Red, Brown, and Blue

the industry 4 mins ago
WGA Members Call for Guild Coverage for Animation Projects Nick Kroll, Amy Poehler, and J.J. Abrams are among more than 850 people who have signed the public pledge.
overnights 12:39 a.m.
Better Call Saul Recap: Getting Away With It Kim proves she’s still capable of being human.
the world is healing Yesterday at 10:36 p.m.
Audra McDonald Is Finally Coming Back to Broadway As the star of Ohio State Murders, written by Adrienne Kennedy and directed by Kenny Leon.
wexler watch Yesterday at 10:25 p.m.
How is Kim Doing After The “Waterworks” Episode of Better Call Saul? It’s Kim Wexler like we’ve never seen her before.
overnights Yesterday at 10:00 p.m.
Industry Recap: Let’s Find Out How Essential You Are “I’m sick of commenting on the direction of the wind. Shall we make it blow?”
overnights Yesterday at 9:53 p.m.
Below Deck Mediterranean Recap: Dark Waters This drama between Natasha and Dave isn’t fun to talk about.
olivia newton-john Yesterday at 8:30 p.m.
John Travolta, Mia Farrow, Dionne Warwick, and More Remember Olivia Newton-John “Yours from the first moment I saw you and forever! Your Danny, your John!”
accidents Yesterday at 7:40 p.m.
Anne Heche in ‘Extreme Critical Condition’ Following Car Crash According to a representative, she has remained in a coma since shortly after the accident.
it never ends Yesterday at 7:17 p.m.
Ezra Miller Charged With Felony Burglary in Vermont After allegedly breaking into an unoccupied home and taking several bottles of alcohol.
overnights Yesterday at 6:30 p.m.
The Sandman Season-Finale Recap: Wanna Put My Tender Heart in a Blender Dream, one of the most tight-buttholed characters in fiction, has declenched.
timelines Yesterday at 6:15 p.m.
The Complete History of Ezra Miller’s Controversial Career From kidnapping allegations to cult rumors to The Flash turmoil.
theater kids Yesterday at 6:09 p.m.
Tom Cruise Wants to Star in a Movie Musical One of three films he’s reportedly developing, including a Tropic Thunder callback.
collabs Yesterday at 6:03 p.m.
Tiny Dancer Britney Spears Collaborated With ‘Tiny Dancer’ Singer Elton John “Hold Me Closer” is Spears’s first song in six years.
overnights Yesterday at 5:30 p.m.
The Sandman Recap: Like a Comic-Book Convention? Rose alters reality while the Corinthian basks in adulation.
crash and learn Yesterday at 5:12 p.m.
HBO Max’s Latest Change Is One Most Users Might Not Notice Finally, some much-needed maintenance.
my wife? Yesterday at 5:11 p.m.
Joe Keery and Lamorne Morris Are the New Boys in Fargo Season 5 At least one kidnapping is guaranteed.
the law Yesterday at 5:11 p.m.
Fetty Wap Arrested for Allegedly Violating Release Conditions He has been accused of threatening someone’s life via FaceTime.
rip Yesterday at 4:41 p.m.
Dame Olivia Newton-John Is Dead at 73 The Golden Globe–nominated Grease star was an advocate for breast-cancer research.
overnights Yesterday at 4:30 p.m.
The Sandman Recap: Lost Dreams Dream takes his job very seriously, to the point where he sometimes cannot see the people he’s doing it for.
100 scares Yesterday at 4:00 p.m.
The 30 Most Influential Slasher Movies of All Time A guide to the horror subgenre with game-changing, rule-breaking, and absolutely terrifying films.
More Stories