Imagine a family of ten kids, each different yet related. One has a nose shaped like a platypus’s direct from grandpa. Another has Dad’s hairline and Mom’s singing voice. A third sports all three hardships.

Master of None is like a family of ten episodes, each carrying the flaws and strengths of the rest in varying proportions.

By now, the features that might irritate someone about episode seven have asserted themselves already. The occasionally clunky dialogue, a heavy-handed overarching moral — we’ve seen all these quirks in episodes past. In this half hour, though, the negatives seem to have been brought together as if by some genetic calamity.

That sounds bad, but in my opinion, it isn’t. I like the Aziz genes everyone else seems to hate. While my husband felt talked-down to watching “Ladies and Gentlemen,” I rejoiced. It can be refreshing to be beaten over the head with a message when that message is so urgent. Men live in a different world than women. I could write that ten times, and it still wouldn’t be enough. 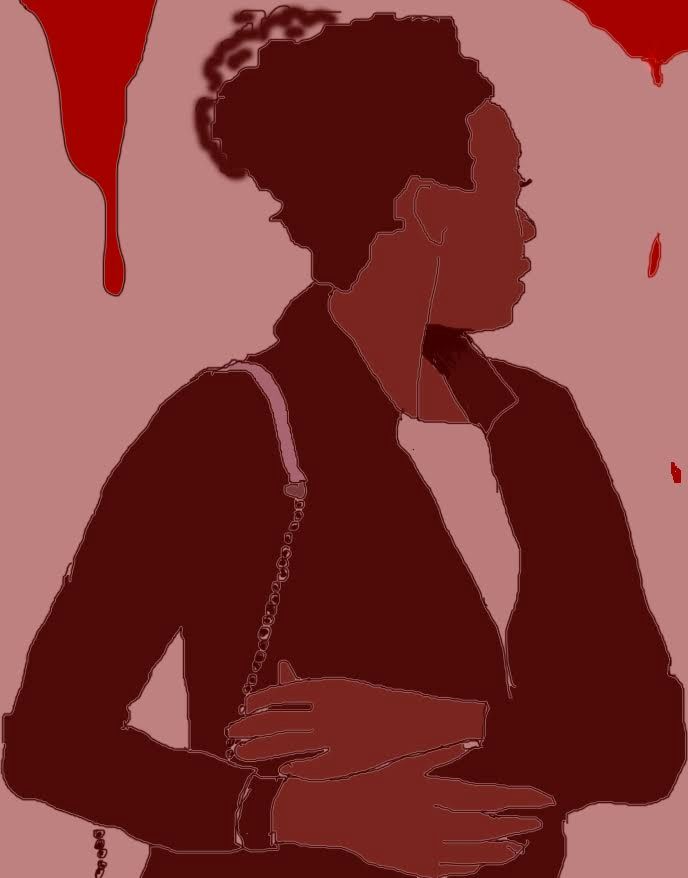 Walking home from a bar really can feel like a horror movie. We do hold our phones like life vests, primed to call 911. Or a decoy: How many debates have I had with friends on whether feigning a conversation on the phone deflects danger or not? (It doesn’t, according to this discredited but still fascinating email chain letter on how to avoid rape.) How many times have I been followed, chased, or touched, when all I wanted was to take a few steps on my own?

The episode opens with two parallel plots. Dev and Arnold leave a bar, Dev having realized he hates bars now that he can Netflix and chill with Rachel. As he leaves, so does a nameless girl (played by Condola Rashad, who has inherited her mom’s queenliness). While the dudes stroll casually home to the tune of “Don’t Worry, Be Happy,” we see an alternative universe envelop the girl. Alone, she clutches her bag close. She is brisk and alert as she makes her way in the night. The music is scary.

She’s right to rush. A drunk guy from the bar is trailing her, and he slips into her apartment building behind her. She locks him out even as he yells about what a nice guy he is. She calls the cops with a weariness that indicates she’s done all this before. When we see her a scene later, at the craft-services table on set with Dev, she hears his tale of woe with admirable sympathy — he stepped on dog poop and ruined his favorite “sneakies.” You can hear Ansari relishing this ridiculous word, which sits in such contrast with the actual gravity of her night, and her decision not to even speak of it. Is the plot device over the top? Yes. Is it satisfying all the same? I vote yes. 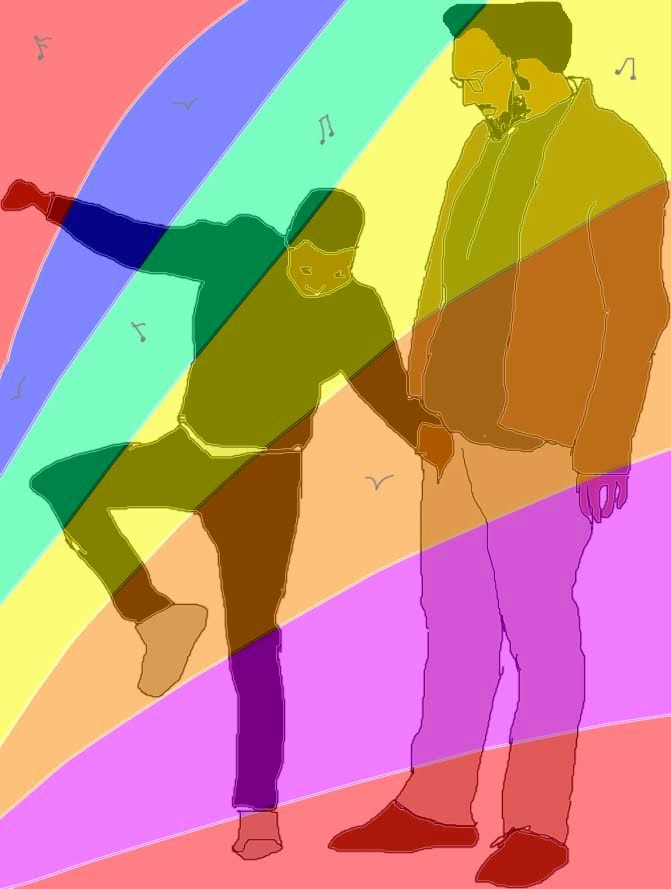 The episode continues along these same MRA-baiting lines. Arnold dons his shining armor for Rachel to help her negotiate for a Craigslist couch. Once in the seller’s apartment, though, his short-term memory implodes, and he caresses the couch like a club kid on ecstasy. Rachel saves the day, and her budget, with a lie about his mental deficiencies.

Dev is punished, too, for being a man. After catching a masturbator on the train — why are there so many of these? — he’s feeling pretty good about his rep with the ladies. High on this, and a bunch of shots, he alerts the commercial’s director to the sexism of the ad’s structure, in which the ladies make lemonade for guys working backyard grills. This revelation costs Dev his job and leads to a fight with Rachel about how certain men make a practice of shaking hands with only the men in the room, no matter the presence of women. In the end, Dev’s canvassing for the other half seems more hassle than boon when a feminist redo of the ad means he loses his role. I like this tug of war. After all, acceding to equality means seceding primacy. It’s not fun for a man, and shouldn’t be, even on TV.

+Comments Leave a Comment
Master of None Recap: It’s Harder Being a Woman

midnights era 8 mins ago
Wait, Is Taylor Swift Just Giving Us Straight Answers? Not like the videogame. Or maybe exactly like the video game?!
surprise surprise 20 mins ago
Ye Thought Wearing a White Lives Matter Shirt Would Be ‘Funny’ He addressed his Paris Fashion Week controversy in an interview with Tucker Carlson.
overnights Yesterday at 10:41 p.m.
Atlanta Recap: Mr. Chocolate and the Black Movie Factory What Van believes will be a quick adventure in a Tyler Perry–esque production turns into a pivotal moment for her as a mother.
theater review Yesterday at 10:00 p.m.
The Revived and Reinvented 1776 Is a Delight, If You Can Stand to Watch It If you’re going to stage this show despite all its problems, this is how to do it.
health Yesterday at 9:32 p.m.
Justin Bieber’s World Tour Is Officially Postponed Until the Spring He previously paused the tour due to facial paralysis caused by Ramsay Hunt syndrome.
overnights Yesterday at 9:01 p.m.
Ghosts Recap: Alberta’s Turn The female-empowerment vibes are at an all-time high over at the Woodstone B&B.
trailer mix Yesterday at 8:02 p.m.
RHOBH Reunion Trailer: It’s Kathy Hilton vs. Lisa Rinna “You are the biggest bully in Hollywood, and everyone knows it.”
under oath Yesterday at 6:46 p.m.
Kevin Spacey’s Sex-Abuse Trial Is Already a Mess Spacey, wearing a slate suit, snow-white shirt, and powder-blue tie, did not appear worried.
jinkies Yesterday at 6:02 p.m.
Mindy Kaling and Constance Wu Are Solving the Mystery of Velma The first teaser for HBO Max’s Scooby-Doo spinoff dropped at New York Comic Con 2022.
good one podcast Yesterday at 5:05 p.m.
How Sam Morril Gets Laughs Between Laughs “It’s almost like a hesi move in basketball. Like, how can I get my jump shot wide open?”
By Jesse David Fox
coming soon Yesterday at 4:53 p.m.
It’s a-Here, Mario! Chris Pratt, look how you massacred our boy.
chat room Yesterday at 4:52 p.m.
John Macmillan Shot Laenor’s House of the Dragon Escape on His First Day on Set “It was a really stormy day, and we were out in the ocean in this massive hundred-year-old boat.”
future trash Yesterday at 4:27 p.m.
John Waters, Pope of Filth, to Direct Adaptation of His Book Liarmouth “Maybe it’s fitting that my novel was shocking enough to jump-start the engine of my film career.”
overnights Yesterday at 4:24 p.m.
She-Hulk: Attorney at Law Recap: Murdock & Walters Charlie Cox’s Daredevil returns to the MCU — and begins flirting immediately.
best of 2022 Yesterday at 4:00 p.m.
The Best Video Games of 2022 (So Far) It’s been a really, really, really full year.
coming soon Yesterday at 3:45 p.m.
Glass Onion: A Knives Out Mystery Headed to Theaters After All But only for a week.
highway to hell Yesterday at 3:01 p.m.
The Live-Music Industry Is Broken Supply-chain issues, mental health crises, positive COVID tests. As artists continue to struggle, is any of this even worth it?
vulture guides Yesterday at 3:00 p.m.
A Grey’s Anatomy Catch-Up Guide, No Matter How Far Behind You Are Everything you need to know before jumping back in.
By Maggie Fremont
movie review Yesterday at 2:50 p.m.
Tár Brilliantly Undoes an Ego Monster of an Artist Cate Blanchett is toweringly great as a famous conductor who meets a very public downfall.
buffering Yesterday at 2:26 p.m.
It’s Time to Start Worrying About Peacock Can the streaming service come back from the dead?
More Stories