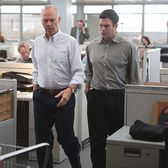 Almost two months ago, I called Spotlight the Best Picture front-runner, and after reading this week’s rave reviews, I’m inclined to double down. Still, Spotlight’s modest sobriety means it could be vulnerable to a showier, more emotional contender, and a worthy rival could emerge in one of this winter’s unseen heavyweights (like The Revenant and Joy) or even the currently surging Room. 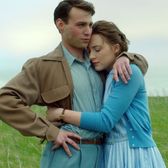 Possessed of an even higher Tomatometer than the superstrong Spotlight, the gentle Irish immigrant story Brooklyn has received almost universally strong reviews since debuting earlier this year at Sundance, and now general audiences can fall in love with it, too. The film has an emotional resonance that sneaks up on you, and it could prove to be a sleeper hit with Oscar voters. 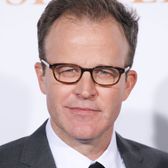 I don’t doubt that McCarthy will be nominated for Best Director, but even if his movie wins, will McCarthy’s unshowy steerage of Spotlight find reward, too? Lately, this category has recognized flashier helmers, and there’s another opportunity to hand McCarthy an Oscar in the screenplay category, where he’d be just as deserving. 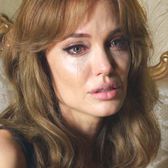 Angelina Jolie, By the Sea

In her third directorial effort (which premiered last night at AFI Fest), Jolie proves that she has an eye, if not always an ear. An intimate martial drama starring her and husband Brad Pitt, By the Sea is lush and tonally persuasive, and Jolie has got a gift for striking images (it helps, of course, that she and Pitt are some mighty striking movie stars). But she wrote the picture, too, and aside from an almost-provocative middle section, the screenplay makes awfully few waves. 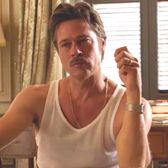 Brad Pitt, By the Sea

Pitt’s an Oscar winner for producing 12 Years a Slave, but he’s never taken home a trophy for his acting, despite three nominations. By the Sea is an intriguing departure for him — hell, half of his performance is delivered in French — and if it were directed by a venerated European filmmaker instead of his famous wife, he might be given more left-field respect for it. But I suspect Pitt’s performance will continue to fly under Oscar’s radar. 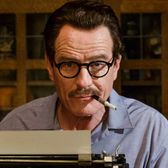 Five-time Emmy winner Cranston should never be counted out of an awards-season conversation, though reaction to his Dalton Trumbo biopic has been mixed. “It’s rotten when a movie for grown-ups talks to its audience as if it were a child,” said Manohla Dargis in the Times, who also docked Cranston for his “bellowing and mugging.” 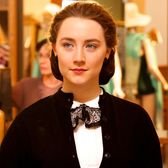 “Ms. Ronan uses everything — her posture, her eyebrows, her breath, her teeth, her pores — to convey a process of change that is both seismic and subtle,” raves A.O. Scott in the Times, noting that the once-nominated Ronan “has grown from an uncannily intelligent child actor into a screen performer of remarkable force and sensitivity.”

Angelina Jolie, By the Sea.

Jolie has never directed herself in a film before, though in real life she has always been a canny purveyor of her own image. What’s interesting about her By the Sea performance, then, is how willing she is to treat herself as an opaque prop, posed implacably next to the more vulnerable Pitt. Still, that sort of withholding performance isn’t the sort of thing that catches Oscar’s fancy. 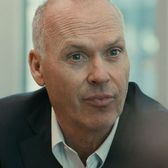 Keaton came close to taking home the gold last year for Best Picture winner Birdman. If he manages two Best Picture victories in a row, will voters also reward the man this time? He’ll need a groundswell: He’s very good in Spotlight, but so is everybody else, and one of his co-stars delivers a showier performance than Keaton’s subtle simmer. 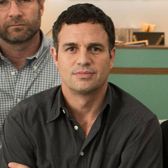 That contending co-star is Ruffalo, who gets what may be Spotlight’s sole emotional outburst, a necessary, cathartic moment that I think Oscar voters will remember. Before Team Spotlight decided to submit all of the actors in its ensemble for supporting categories, Open Road chief Tom Ortenberg wondered whether a case could be made for Ruffalo as the film’s lead, and that sort of perceived heft often scores well in this category. 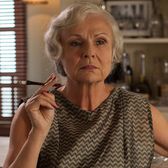 Our critic David Edelstein was quite taken with the delightful Walters as Ronan’s landlady, “a woman with so many voluble conflicting impulses,” Edelstein wrote, “that she’s almost Oscar Wildean. Walters can pack it all into a single exchange — a lifetime of being prudish while hating prudes, of judging relentlessly while finding prejudice crass, of enforcing rules while half-admiring independence.” 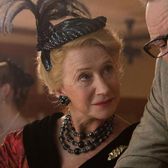 Mirren has picked up some scene-stealing notices for her work as gossipmonger Hedda Hopper — the Wrap called her “wonderfully villainous” — but the other contenders in this category hail from movies with better Best Picture chances, which may make it hard for Mirren to break through.

the industry 4 mins ago
Scooter Braun Has One ‘Regret’ About Buying Taylor Swift’s Masters With Midnights out soon, what better time to relitigate old drama?
overnights 11 mins ago
Ramy Season-Premiere Recap: Spiritual Debt Ramy’s crisis of faith is leading him to more questionable decisions.
the law 12:17 p.m.
PnB Rock’s Final Moments Detailed in New Court Documents A mysterious “man in red” was present.
biographies 12:07 p.m.
Asia Argento Reacts to the Unauthorized Anthony Bourdain Biography She posted a picture with her last words to Bourdain: “Stop busting my balls.”
vulture 10x10 12:05 p.m.
The Billy Puzzle 4-Down, Six Letters: Luke Skywalker in “The Last Jedi,” e.g.
overnights 11:44 a.m.
Southern Charm Season-Finale Recap: Winter Blunder Land Naturally this bizarre season ends with the whole disjointed cast having no idea where to sit or what to do at their big finale party.
movie review 11:33 a.m.
The Greatest Beer Run Ever Wastes a Very Good Zac Efron Peter Farrelly’s film can’t seem to decide if it wants to be a comedy or a drama and somehow winds up being neither.
By Bilge Ebiri
movie review 11:31 a.m.
The Great Walter Hill Returns to the West, for Better and for Worse The movie’s not perfect, but it’s well worth watching to see what a master filmmaker can do with limited resources.
By Bilge Ebiri
explainers 11:26 a.m.
Everything We Know About PnB Rock’s Murder So Far Police have arrested three people in relation to the fatal shooting.
vulture lists 11:00 a.m.
Kings, Ranked There are a lot of kings out there these days, and some of them are even good.
prophecies 10:56 a.m.
Community Got Six Seasons, and Now It’s Getting a Movie The dream is coming to fruition with (most of) the original cast and Dan Harmon.
my soundtrack song is dropping 10:50 a.m.
LCD Soundsystem Return With New Noise for White Noise In addition to “New Body Rhumba,” they also announced a new Brooklyn residency.
close read 10:00 a.m.
The Hollow Impersonation in Blonde In life, Marilyn Monroe was a complex artist and human being. In the hands of Ana de Armas, she’s an eternal victim.
By Angelica Jade Bastién
this week in late night 9:50 a.m.
Nick Kroll Negging Seth Meyers Won Late Night This Week Plus Kate Berlant and Billy Eichner on WWHL and podcast energy on The Late Late Show.
movie review 9:46 a.m.
Bros Is at Its Best When It Forgets About Making History Billy Eichner’s romantic comedy is messy, funny, and ultimately charming — when it isn’t weighed down by all the firsts.
By Alison Willmore
influences 9:00 a.m.
How Basic Instinct, Fight Club, and Hitchcock Shaped Do Revenge Director Jennifer Kaytin Robinson on the unexpected cinematic inspirations behind her candy-coated black comedy Do Revenge.
By Ilana Kaplan
the grub street diet 6:00 a.m.
Stephanie J. Block Celebrates Taco Tuesday on Monday “Our whole place kind of smells like a Mexican restaurant.”
By Zach Schiffman
midnights era 2:46 a.m.
Wait, Is Taylor Swift Just Giving Us Straight Answers? There’s nothing better than “Midnight Rain.”
overnights 2:01 a.m.
The Lord of the Rings: The Rings of Power Recap: Here Comes the Flood The Rings of Power has its first big battle episode, and it’s worthy of Helm’s Deep.
overnights Yesterday at 10:38 p.m.
Atlanta Recap: Take Me to Church Everyone has an Aunt Jeanie in their life.
More Stories