This week also features the debut of “The Awards Show Show,” where I will be talking with John Horn, host of the KPCC radio show and podcast “The Frame,” about the Oscar-season landscape. 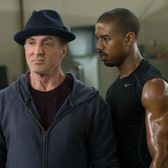 Not to get all Gene Shalit on you, but Creed (which just started screening) is a total knockout. This savvy remix of the original, Oscar-winning Rocky is likely to be a populist hit at the box office, and while we’ve already got one of those in the race, Creed packs more of an emotional wallop than The Martian. The movie will have every straight man weeping and cheering, and it absolutely shouldn’t be counted out. 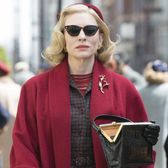 This immaculate same-sex romance was a huge hit last May at Cannes, and the Weinsteins have smartly flown it under the radar since then so it wouldn’t peak before this weekend’s release. Reviews are rapturous, and while I’ve talked to industry types who found the film a bit chilly, the people who love it really love it, and their passion should go a long way. 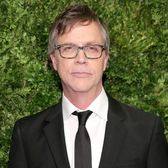 Haynes is widely regarded as one of our most intelligent auteurs, but he’s never won a major film or TV trophy, and the only Oscar nomination he’s received is a screenplay nod for Far From Heaven. With Carol, he has his most direct Academy play yet, and there’s a sense his time has come. Could he be the smart dark horse for a directors branch that likes to sneak in some surprises? 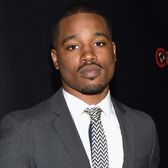 Hollywood Reporter editor Stephen Galloway took a lot of heat this week for the all-white actress roundtable he put together, and in a mea culpa letter, he admitted that he overlooked Straight Outta Compton helmer F. Gary Gray for THR’s equally monochrome directors panel. But what about Coogler, who wowed critics with his first film, Fruitvale Station? Coogler’s work on Creed is no journeyman homage: He stages some of the freshest, most thrilling boxing sequences ever put to film, including a single-take fight that will have everybody talking. 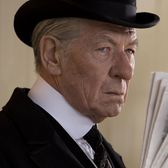 Is anyone working the awards-season circuit as hard as McKellen? The 76-year-old actor has been omnipresent over the last two months, giving copious interviews, stealing the spotlight at lunches and cocktail parties, and staging special events in Los Angeles like a conversation with Guillermo Del Toro and a monologue of all of the leading ladies he’s worked with. Can it move his summer success Mr. Holmes to the top of voters’ screener piles? 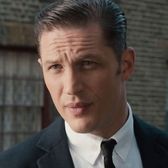 Hardy gives two performances for the price of one as criminal twins in Legend, but bad buzz sank the movie on the festival circuit, and now it’s being released into theaters with little Oscar heat. At least the well-respected Hardy has The Revenant yet to come … 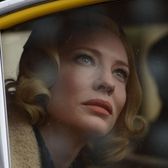 With Truth now firmly in the rear-view mirror, the path is clear for Blanchett to earn her sixth Oscar nomination for her swoon-y work as a glamorous lesbian in Carol. As our critic David Edelstein said, Haynes has calibrated Carol “so precisely to Blanchett’s talents that he couldn’t have rendered her better with animation.” 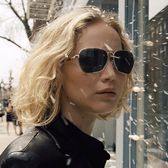 Lawrence never got her awards-season due for what she’s managed with her Hunger Games heroine Katniss Everdeen, but the series-ending Mockingjay - Part 2 puts her through the wringer and should at least be taken in toto with the more Academy-friendly Joy. 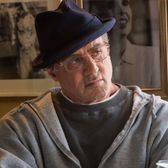 Stallone’s got an irresistible Oscar narrative here: Twice nominated for 1977’s Rocky (he lost for acting and writing, though the movie won Best Picture), he returns to his iconic role of Rocky Balboa for a soulful turn in Creed that could finally clinch the deal. Stallone is so good as the ailing-but-resilient Rocky that you might not even notice how many Academy-friendly boxes this performance checks (including a tearful monologue and a struggle against a debilitating medical condition). Voters love a comeback, and with this one, Stallone delivers. 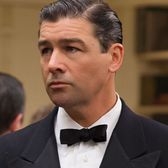 As Blanchett’s estranged husband, Chandler is very, very good in Carol, and deserving of attention. But he’ll have to rely on a Carol wave to sweep him into what is turning out to be this year’s toughest category to crack. 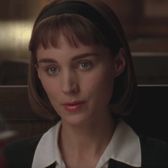 Are the Golden Globes pushing back against category fraud? The Hollywood Foreign Press ruled last week that neither Mara nor The Danish Girl’s Alicia Vikander can be considered a supporting actress, since both women are clearly the leads in their films. 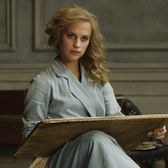 Will the studios take the hint, then, and try to push Mara and Vikander for Best Actress, where they belong? Or will they accept that the Globes have muddied the water on this issue and simply pray that Oscar voters are more obedient, ultimately placing Mara and Vikander in a supporting category where they have putatively weaker competition?

book excerpt 20 seconds ago
A Trial Marriage to Stephen Sondheim In Mary Rodgers’s memoir, she says, “I can’t believe either of us put ourselves through that.”
in the courtroom Yesterday at 10:54 p.m.
Talib Kweli Sues Jezebel Over ‘Emotional Distress’ He cited a 2020 piece written about him.
overnights Yesterday at 10:35 p.m.
What We Do in the Shadows Recap: Wedding Bell Blues “Who comes first on the wedding night? I think Nandor might! On the wedding night!”
possible return Yesterday at 8:59 p.m.
Golden Globes May Return to NBC in 2023 NBC bowed out of airing the awards show last year.
karate adults Yesterday at 8:03 p.m.
Mike Barnes Will Make His Cobra Kai Debut The Karate Kid III’s Sean Kanan will reprise his role for the Netflix series.
in your area Yesterday at 6:42 p.m.
Blackpink Celebrates 6th Anniversary by Finally Dropping a Comeback Date Sink your teeth into “Pink Venom” on August 19.
who-ly matrimony Yesterday at 5:39 p.m.
Rita Waititi-Ora Has Changed Her Name for Love (Not a Rebrand) The singer reportedly married Marvel hitmaker Taika Waititi.
movie nights Yesterday at 5:24 p.m.
Noah Baumbach’s White Noise Will Open This Year’s New York Film Festival Laura Poitras’s All the Beauty and the Bloodshed will join as the festival’s Centerpiece selection.
last night on late night Yesterday at 4:56 p.m.
Below Deck Med’s Natasha Webb Calls Dave White’s Behavior ‘Toxic’ and ‘Messy’ Reiterating they “were never in a relationship” on WWHL.
timelines Yesterday at 4:03 p.m.
The Complete History of Ezra Miller’s Controversial Career From kidnapping allegations to felony charges to a new film premiering at TIFF.
tiff 2022 Yesterday at 3:37 p.m.
TIFF, Feeling ‘White & Nerdy,’ Adds Weird: The Al Yankovic Story to Its Lineup Ezra Miller appears in the festival’s closing film, Dalíland, despite being omitted from the announcement.
trailer mix Yesterday at 3:07 p.m.
Triangle of Sadness Trailer Goes Overboard on the Rich Ruben Östlund’s gut-churning Palme d’Or winner stars boat captain Woody Harrelson.
deux plus Yesterday at 3:00 p.m.
The Latest Player in the Streaming Wars Is … Walmart? Meetings with different streamers are reportedly underway.
collabs Yesterday at 2:34 p.m.
Beyoncé Is the Girl to Make Ronald Isley & the Isley Brothers Say It Again “Make Me Say It Again, Girl” is out August 12.
trailer mix Yesterday at 2:16 p.m.
Take Your Shoes Off Before Watching the Trailer for Mo The Netflix series, created by and starring comedian Mo Amer, premieres August 24.
chat room Yesterday at 2:12 p.m.
Julia Lester Journeys to Theater Camp and Into the Woods As High School Musical: The Musical: The Series’ Ashlyn seeks her starring moment, the actress who plays her makes her own Broadway debut.
wild at heart Yesterday at 2:06 p.m.
A Little Help From Their Friends Backstage with Sharon Van Etten, Angel Olsen, and Julien Baker on the must-see indie tour of the year.
By Justin Curto
the wonder years Yesterday at 1:45 p.m.
Fred Savage Accused of ‘Erratic’ Misconduct by the Wonder Years Crew Several women open up about their experiences with the ousted director-producer.
rip Yesterday at 1:42 p.m.
Lamont Dozier, Motown Songwriting Legend, Dead at 81 With Holland-Dozier-Holland, he wrote hits for the Supremes and the Four Tops.
emmys 2022 Yesterday at 12:16 p.m.
Kenan Thompson Will Kindly Host the 2022 Emmy Awards Even though he didn’t receive a nomination. What’s up with that, Emmy voters?
More Stories