With a month to go before the release of Star Wars: The Force Awakens, fans are breathless with anticipation. Will Luke turn evil? Is Rey Leia’s daughter? And most important, what’s up with that sweet leather jacket that John Boyega’s Finn wears? Upon its reveal in the film’s trailers, the jacket caused a great disturbance in the Force, as if millions of voices had suddenly cried out, “Yo, where can I buy that thing?” Fortunately, EW has premiered a bunch of new stills from the film, and, among other things, they provide an answer to the greatest menswear question our galaxy has ever seen.

Warning: Light spoilers below, in so much that some of these shots come from scenes that have not yet been in the trailers. 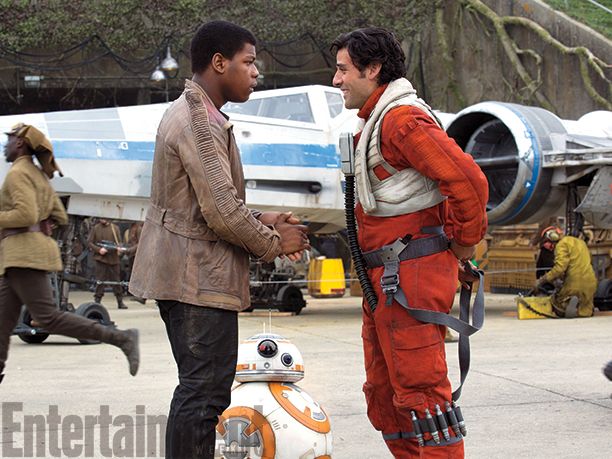 We’ll start with a familiar scene from the trailers: Finn and Poe Dameron (Oscar Isaac) sharing a bro-ment on the Resistance base. Like fashion icon Wedge Antilles, Poe’s making the all-orange look work for him in that X-Wing suit, while Finn’s wearing the Jacket. They both look great! 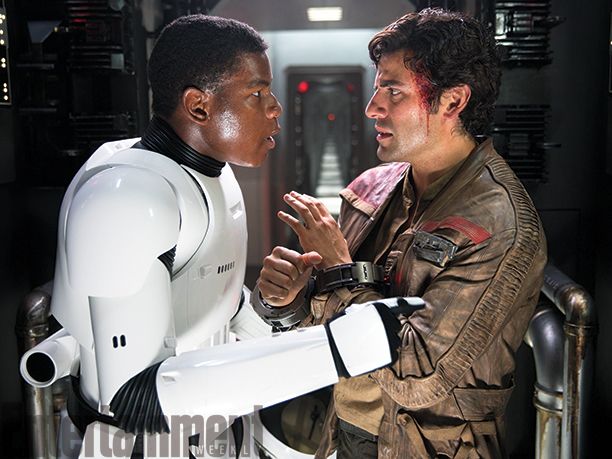 But how did a former Stormtrooper like Finn pick up such a sweet jacket? Here we have our answer. No, he didn’t pick it up on Jakku’s hottest vintage store — he got it from Poe! (Who, incidentally, also looks fab in it, but we already knew Oscar Isaac could wear the hell out of a jacket.) 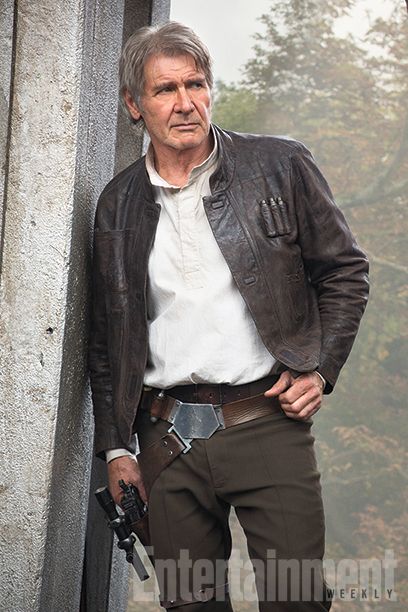 Here we have Han Solo wearing a weathered, age-appropriate leather jacket from the Clint Eastwood Endor collection, a far more sober look than the flamboyant vests and dusters he’s known for. And he’s still rocking that popover under it. You think Hank Solo has time to button the bottom buttons of his shirts? He’s got smuggling to do! 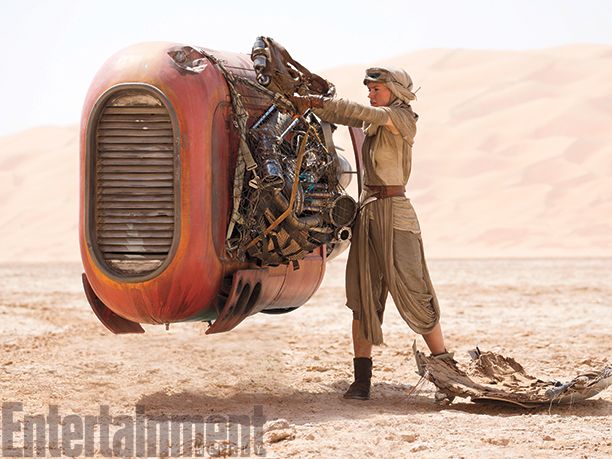 Now we see Rey, serving major Peter O’Toole vibes on Jakku. Scarves are in this season, and every season, apparently. 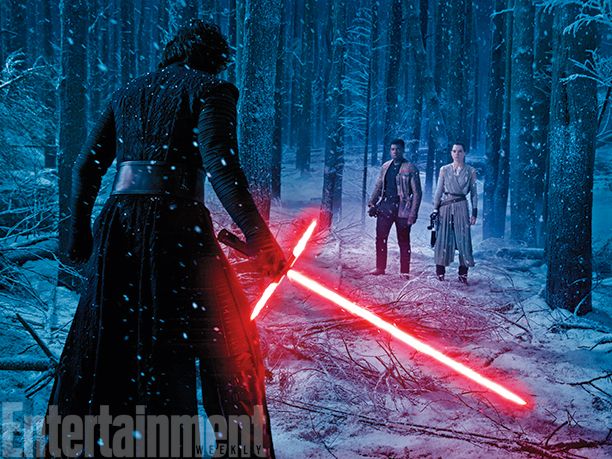 Like all adherents to the Dark Side, Kylo Ren prefers a streamlined silhouette in slimming black. 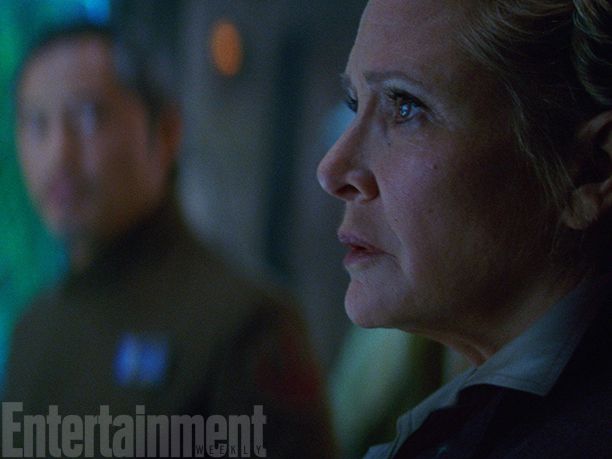 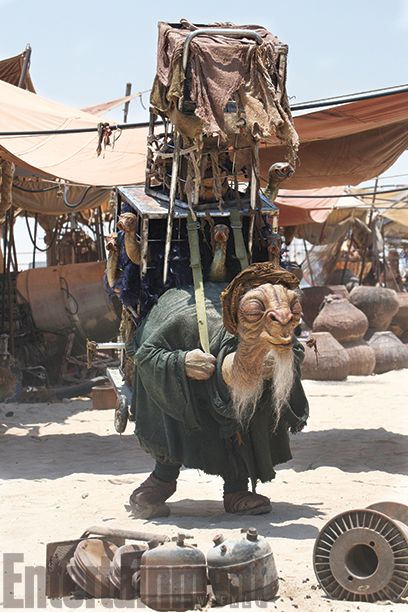 Finally, we’ll close with a look at the Jakku merchant Bobbajo, who shows off the best way to beat the desert heat — carry your own sun-blocking skyscraper!