Think you’re well-versed in the offbeat marketing tactics of the Canadian comic and small-business hero Nathan Fielder? Test your recall now by guessing which of the hilarious parody brand names below Nathan actually came up with and displayed at his ridiculously high-priced parody-art gallery show, drawing curious stares, raised eyebrows, and a few, “Oh, okay, I get it,” sideways head nods.

Which one of these is the true sham brand Nathan crafted to mimic Continental Airlines: 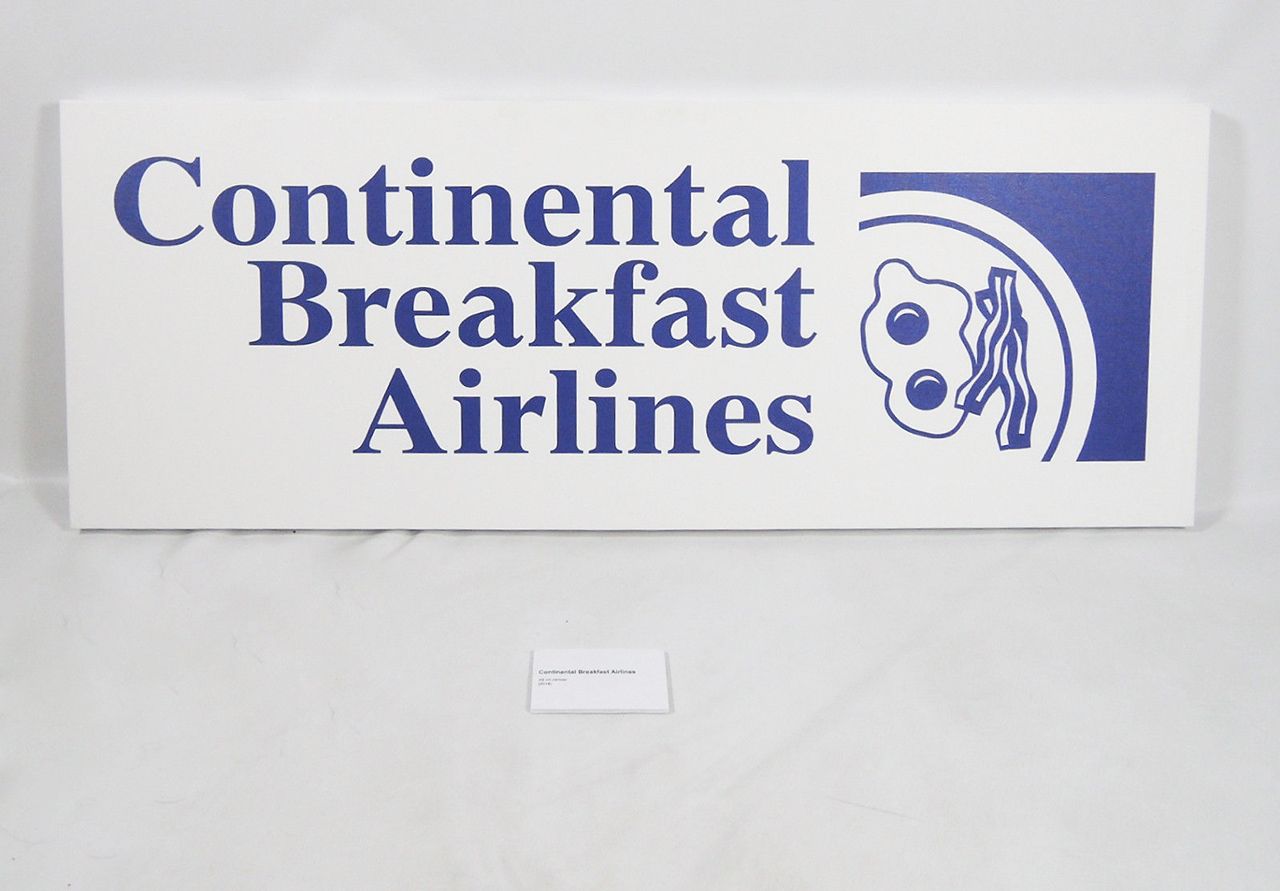 Go to the next question »

Test Your Logos With Nathan For You’s Quiz

oscar futures 11 mins ago
Vulture’s Final 2021 Oscars Predictions for Every Category The longest awards season ever finally comes to an end.
By Nate Jones
hollywood exes 10:42 a.m.
Lourdes Leon Says She and Timothée Chalamet ‘Were a Little Item’ She has acknowledged his existence.
dr. hottie 10:32 a.m.
ER Reruns Have Been ‘Disastrous’ for George Clooney’s Marriage “My wife keeps going, ‘Is that it? Are you done? Season three — do you finally settle down with nurse Hathaway?’”
overnights 10:21 a.m.
The Falcon and the Winter Soldier Finale Recap: All-New Captain America That’s another MCU origin story in the books, folks.
this week in late night 10:11 a.m.
Amber Ruffin’s Innovations in Song Parody Won Late Night This Week It was a week of big swings in late-night television.
it's the remix 9:56 a.m.
Ariana Grande Saved Her Tears for the Weeknd’s Remix, Out Now It’s the pair’s third collaboration.
overnights 9:40 a.m.
Grey’s Anatomy Recap: To Beach or Not to Beach When in doubt, ask Zola.
vulture guides 9:00 a.m.
Was This the Best Lip-Sync Song Season of RuPaul’s Drag Race? From “The Gay Classic” to “The Song We Never Knew We Needed to Hear.”
overnights 9:00 a.m.
The Challenge: All Stars Recap: How to Save a Life How far can Mark push these “godfather” shenanigans before it stops being entertaining?
influences 8:00 a.m.
9 Influences on Rebecca Black’s Reinvention, From Madonna to the ‘Friday’ Hate “Everything that happened to me as a result of ‘Friday’ was a whole other wagon of stuff to go through with a therapist.”
By Gabrielle Sanchez
the industry 8:00 a.m.
Tavi Gevinson: Art Doesn’t Need Tyrants Scott Rudin’s downfall is an opportunity to change Hollywood.
overnights 5:00 a.m.
Shadow and Bone Series-Premiere Recap: Take Your Time or Take Your Chances The Netflix adaptation of Leigh Bardugo’s Grishaverse YA novels starts out with some good adaptation choices and some seriously questionable ones.
rip 2:15 a.m.
Digital Underground’s Shock G Has Died at 57 He was the group’s legendary front man for 21 years.
film independent spirit awards 1:09 a.m.
Nomadland Wins Big at Film Independent Spirit Awards I May Destroy You also took home two trophies!
film independent spirit awards 12:34 a.m.
Melissa Villaseñor Is Your Virtual Film Independent Spirit Awards Host “Remember, if all else fails: celebrity impressions!”
overnights Yesterday at 10:30 p.m.
Summer House Season-Finale Recap: ’Til Death Do Us Party The house bids farewell to the season the only way they know how: with an elaborate theme party.
the industry Yesterday at 9:00 p.m.
Scott Rudin, As Told by His Assistants A portrait of a toxic workplace.
By
the law Yesterday at 5:59 p.m.
Rapper Lil Mosey Wanted for Rape Charge After Missing Court Date The accusation stems from a January 2020 event.
the gold rush Yesterday at 5:18 p.m.
The Hardest Ending I Ever Wrote, As Told by Six Screenwriters Ahead of this weekend’s Oscars, we asked Sofia Coppola (On the Rocks), Darius Marder (Sound of Metal), and more about landing the proverbial plane.
By Dan Reilly
buffering Yesterday at 4:50 p.m.
The Netflix Subscriber Slowdown Isn’t Really a Problem (Yet) Let’s break down the the company’s latest data.
More Stories