‘This All Really Happened. And It’s Scary As Hell.’

STEVE CARELL on The Big Short, studying hedge-funders, and his style advice for Ryan Gosling. 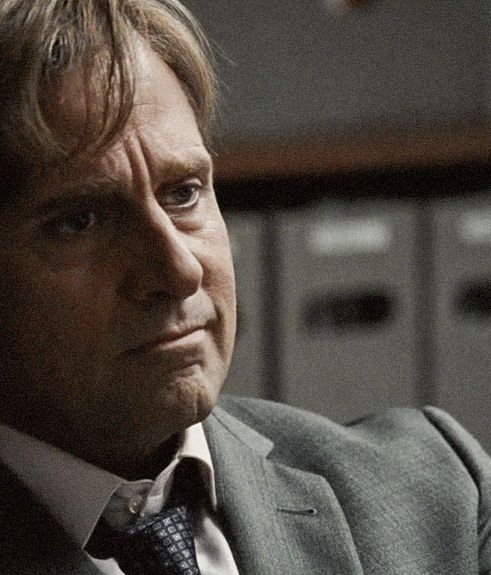 Adam McKay’s The Big Short — the subject of this week’s Vulture cover story — stars Steve Carell as Steve Eisman, a hedge-funder who shorted the market spectacularly during the crisis. We spoke with him about following up his Oscar-nominated turn in Foxcatcher and “workout pizza.”

What did you think when they approached you about playing Steve Eisman, or Mark Baum, as the cranky main protagonist in the movie of The Big Short?

I was surprised in the same way I was surprised when Bennett Miller called me about Foxcatcher. After Foxcatcher I got a lot of offers for sociopathic murderers. So you know, I think it sort of goes wherever the last thing leads you. I didn’t think I would necessarily be the person I would think of to play this role. I was surprised and flattered, and I was intrigued by it, because it’s a world I don’t really know that much about. So it seemed like it was going to be a big challenge. I hadn’t read the book before I was offered the part, and then I read it twice, to get a bit better of an understanding of the language. It’s a very entertaining book, but at the same time, there are lots of terms I wasn’t familiar with. In a normal book, you are keeping track of characters and story arcs, but in this, you are also keeping track of so much of the verbiage of the world. I had no idea how Adam was going to turn it book into a movie. But when I talked to him about it, he said foremost in his mind was to make it entertaining, and when I read the script, I could understand that because, while it’s not a comedy, it’s like a dark comedy.

You guys go way back, to Second City and Anchorman. What’s Adam like to work with, and what did he bring to this particular project?

He’s so smart, and obviously very, very funny, When we were doing the Anchorman movies, he was always the funniest person there, shouting out suggestions that no one else in that cast could have thought of in a million years. And I mean, that’s Will Ferrell, and Paul Rudd, and Dave Koechner, and a host of other people who are smart and funny. And he would outdo everyone. His mind just works differently than most people’s. Not just in terms of comedy, but to give a comedy example — you might come up with a line or a joke that’s fairly funny, and it might have been the first thing that came to your mind, but Adam will come up with a line or a joke that is maybe the 30th or 40th thing that someone might think of. He never goes with the easy joke or the easy answer. He always wants to twist something a little bit more. That’s what he did on The Big Short. It would be easy to take that story and do a straight-­ahead drama, this story of fraud, and the righteous indignation that these people had about what was going on. But that in itself was too easy for him. He wanted to twist it, to add humor to it, but at the same time add some humanity to it. There’s always sort of an inherent goodness to it that he is able to tap in to.

The movie is very empathetic to the protagonists, perhaps even more so than the book. You met with Steve Eisman — what was that like?

We met for breakfast at a little diner on the Upper East Side. We talked for a couple of hours, about the book and the world. He’s clearly a very intelligent guy. Somewhat brash, outspoken, but honest. When he walks in, there’s no pretense. It’s not like he is hiding anything about himself, or trying to be anything other than what he is, and I didn’t have to, like, sift through layers of affect to get to who he was. There was something very true about him as a person. After that, he invited me over, and I went to his apartment, met his kids, met his dogs, and got a sense for his family life, too. In terms of mannerisms, I picked up a little hanging out with him, and then he came to the set. It’s, you know … interesting to have the person you are playing show up the first or second day you are shooting. I was still trying to figure out, you know, what I was doing with him, or that character. It’s a little daunting to have the person staring at you. And offering notes.

What kind of notes?

Like when they go to the convention in Vegas and he finds out how corrupt the CDO market is. I was playing this one part a little brooding, and he said, “Oh, I’d be much happier at this point than you are.” He was like, “At this point, I was joyful because we had these guys on the ropes, and this was just going to be fun for me.” Which I thought was interesting. Again, what I am doing, what anybody is doing, is an approximation. But it was important to me to gain a sense of how he fit into that world, and what his motives were as he did what he did.

What do you think his motives were? There’s an argument that these guys weren’t heroes, that they were just trying to get rich off of the collapse.

I think he sees himself as a defender of justice and righteousness, while at the same time being conflicted. As I think they all were, about benefiting from the downfall of an economy. I really think he saw himself as a soldier on the good guys’ side. He’s very opinionated about bank fraud, and what they were up to, and I think he was and is very angry — you know, he’s an angry guy. Because he saw so much fraud around him. And it seemed, the more he learned, the more incomprehensible it was to him. And that he felt very alone in that regard. I think he felt like he was one of very few people who saw what was bad about the industry, and I think that helped define him.

Did learning about all of this stuff change your worldview at all?

It did. The more you learn about it, the scarier it becomes. One of the most frightening aspects was the title cards at the end that let you know it’s possible and more than likely it could happen again. I went to a test screening about a month and a half ago in Orange County, and just, like, random people came to see this movie, and I sat in the back and I listened to the focus group, and it really seemed to affect people. They enjoyed it, but at the same time, they were taken aback and a little shocked by it — it felt like a little bit of a gut-punch. This is not fiction. This all really happened. And it’s scary as hell.

Speaking of scariness: Let’s talk hair and makeup. What was your workout regime for this role?

I had a big workout pizza is what I had.

Who do you think suffered most, in terms of playing down their hotness?

Well, between Brad Pitt, Christian Bale, Ryan Gosling, and me, you know, I had less far go. I’m pretty ugly. When I first saw Ryan Gosling in his hair, makeup, and costume, I said something like, “I never want to see you look like that again. This is a terrible, terrible look for you. And it would behoove you to never try to replicate this outside of this movie.”

+Comments Leave a Comment
Steve Carell on The Big Short
annulé 12:57 a.m.
Pepé Le Pew Reportedly Benched From Space Jam: A New Legacy Oh yeah, this tracks.
keeping up with the ex-royals 12:21 a.m.
Prince Harry and Meghan Markle Reveal They’re Expecting a Girl The pair discussed their second child, due this summer, during their Sunday sit-down with Oprah.
keeping up with the ex-royals Yesterday at 11:19 p.m.
7 Meghan Markle Interview Bombshells That’ll Make You Anti-Royalist Markle was denied mental health help from Buckingham Palace when she became suicidal.
backstories Yesterday at 10:06 p.m.
How Allen v Farrow Obtained Never-Before-Seen Home Videotapes and Lost Documents “There was a cover-up of mass proportion.”
By Nick Allen
overnights Yesterday at 10:03 p.m.
The Walking Dead Recap: Dog Days In flashback, our favorite bow-hunting brooder grapples with his complex relationship with Carol in parallel with a mystery woman he met in the woods.
the gold rush Yesterday at 9:28 p.m.
Baby Angel Alan Kim Bursts Into Tears Accepting Critics Choice Award “Is this a dream?,” asks the Minari star.
overnights Yesterday at 9:00 p.m.
The Real Housewives of Atlanta Recap: A Page Six Shin Ding Kenya opens up in therapy as the rest of the women try to figure out who leaked Cynthia’s bachelorette party to Page Six.
the gold rush Yesterday at 8:34 p.m.
Maria Bakalova, Daniel Kaluuya Wins Kick Off Critics Choice Awards The awards show later heaped praise on The Crown, Ted Lasso, and Nomadland.
covers Yesterday at 3:03 p.m.
Replace Carpool Karaoke With Spooky Graveyard Karaoke Caroline Polachek really made a case for this new format on The Late Late Show With James Corden last week.
grammys 2021 Yesterday at 1:32 p.m.
Taylor Swift, BTS, Megan Thee Stallion, and More to Perform at the 2021 Grammys “Artists will be coming together, while still safely apart, to play music for each other as a community and celebrate the music that unites us all.”
extremely online Yesterday at 1:02 p.m.
Zoe Sugg and Alfie Deyes Are Expecting a Baby YouTube Royal How soon is too soon for a Zoella Jr. line of baby makeup?
diversity Yesterday at 12:29 p.m.
The HFPA Promises to ‘Build a More Inclusive Community,’ Address Racism Time’s Up issued a response to the statement.
tributes Yesterday at 1:32 a.m.
Beyoncé Pays Tribute to Late Fan With ‘Love on Top’ Medley Lyric Chanel died from brain cancer on Friday.
bachelor nation Mar. 6, 2021
Rachel Lindsay Returns to Instagram Following Harassment She also accepted Chris Harrison’s apology.
tv recaps Mar. 6, 2021
Freaks and Geeks Walks Into Splintered Sunlight The series ends bittersweetly, with most of its characters stepping tentatively, then confidently, forward into who they want to be.
rupaul's drag race Mar. 6, 2021
Say G’Day to the Sheilas of RuPaul’s Drag Race Down Under The latest international expansion of the Drag Race empire will have ten new queens.
book review Mar. 6, 2021
In Klara and the Sun, Artificial Intelligence Meets Real Sacrifice Kazuo Ishiguro’s novel proposes a world where the machines never revolt.
By Helen Shaw
deep dives Mar. 6, 2021
How Coming to America Flipped the Script on Eddie Murphy’s Career The film would influence so much of what Murphy did in the years to follow — and continue to have a hold on contemporary audiences.
just married Mar. 5, 2021
The Fifth Time’s the Charm for New Groom Nicolas Cage The actor wed girlfriend Riko Shibata in Las Vegas last month.
gawrsh Mar. 5, 2021
Disneyland, California Theme Parks, Sports Stadiums May Reopen April 1 At a limited capacity with mandatory mask use, of course.
More Stories