To celebrate its legendary Cellor frame, eyewear label Persol enlisted award-winning director Wim Wenders to make a short film at the iconic Teatro No5 at Cinecittà studios in Rome. Shot in black-and-white in the style immortalized by the Golden Age of Italian Cinema, Wenders presents Vai, Paparazzo!, a modern tale set within the dolce vita of the 1950s, from the cool convertible to the essential Cellor shades. With a cameo by Wenders himself as the director appropriately giving directions through an old-school megaphone on the sidelines, it perfectly encapsulates the Roman lifestyle and its vintage appeal. 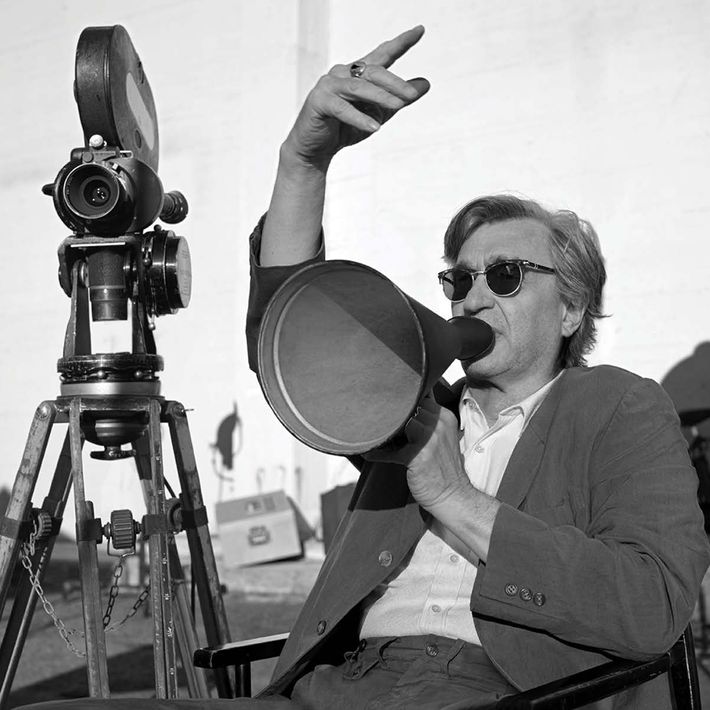 A pioneer of New German Cinema, Wenders is known for his standout dramas and documentaries, including Buena Vista Social Club, which explored the music of Cuba, and Pina, which offered a 3D look at the modern dancer’s life and career. He won best director at Cannes for Wings of Desire and picked up the Palme d’Or for Paris, Texas. Bringing this distinctive vision to Vai, Paparazzo! for Persol, he shot at the historic Cinecittà studios, then meticulously edited—cutting, adding, and changing—until it was perfect. 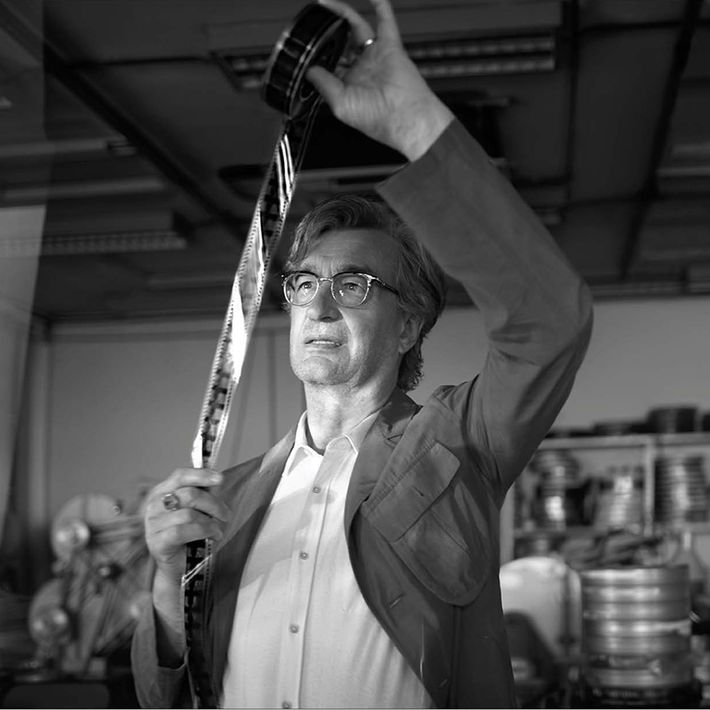 A mecca for filmmakers from around the globe, Cinecittà’s streets have witnessed the making of countless classics, from masterpieces of Italian neorealism to Hollywood blockbusters. Out of the 1950s, the Cellor frame also emerged as a pop culture phenomenon with its hip golden metal and cellulose frame. Worn as stylish sunglasses with retro green or brown lenses, or optical frames with clear lenses, today they’re still a timeless statement. On screen and off, Persol and Wenders pay tribute to having perfectly crafted vision.

Through the Lens of Persol x Wim Wenders

accidents 6 mins ago
Anne Heche in ‘Extreme Critical Condition’ Following Car Crash According to a representative, she has remained in a coma since shortly after the accident.
it never ends 28 mins ago
Ezra Miller Charged With Felony Burglary in Vermont After allegedly breaking into an unoccupied home and taking several bottles of alcohol.
overnights 6:30 p.m.
The Sandman Season-Finale Recap: Wanna Put My Tender Heart in a Blender Dream, one of the most tight-buttholed characters in fiction, has declenched.
timelines 6:15 p.m.
The Complete History of Ezra Miller’s Controversial Career From kidnapping allegations to cult rumors to The Flash turmoil.
theater kids 6:09 p.m.
Tom Cruise Wants to Star in a Movie Musical One of three films he’s reportedly developing, including a Tropic Thunder callback.
collabs 6:03 p.m.
Tiny Dancer Britney Spears Collaborated With ‘Tiny Dancer’ Singer Elton John “Hold Me Closer” is Spears’s first song in six years.
olivia newton-john 5:31 p.m.
John Travolta, Mia Farrow, Dionne Warwick, and More Remember Olivia Newton-John “Yours from the first moment I saw you and forever! Your Danny, your John!”
overnights 5:30 p.m.
The Sandman Recap: Like a Comic-Book Convention? Rose alters reality while the Corinthian basks in adulation.
crash and learn 5:12 p.m.
HBO Max’s Latest Change Is One Most Users Might Not Notice Finally, some much-needed maintenance.
the law 5:11 p.m.
Fetty Wap Arrested for Allegedly Violating Release Conditions He has been accused of threatening someone’s life via FaceTime.
my wife? 5:11 p.m.
Joe Keery and Lamorne Morris Are the New Boys in Fargo Season 5 At least one kidnapping is guaranteed.
rip 4:41 p.m.
Dame Olivia Newton-John Is Dead at 73 The Golden Globe–nominated Grease star was an advocate for breast-cancer research.
overnights 4:30 p.m.
The Sandman Recap: Lost Dreams Dream takes his job very seriously, to the point where he sometimes cannot see the people he’s doing it for.
100 scares 4:00 p.m.
The 30 Most Influential Slasher Movies of All Time A guide to the horror subgenre with game-changing, rule-breaking, and absolutely terrifying films.
'lucky to be alive' 3:48 p.m.
Ashton Kutcher Says Autoimmune Disease ‘Knocked Out’ His Vision and Hearing Now he’s healthy enough to be in Costa Rican jungles with Bear Grylls, thank goodness.
streamliner 3:45 p.m.
6 Mobile Plans That Can Get You a Free Streaming Service You get a free Disney+! And you get a free HBO Max! And you get a free Netflix!
vmas 2022 3:38 p.m.
Nicki Minaj to Receive the VMAs’ 2022 Video Vanguard Award And she is set to perform for the first time since 2018.
overnights 3:27 p.m.
The Sandman Recap: Beware of Dreams and Houses The Sandman finally becomes a Netflix show.
sir this is your place of work 2:25 p.m.
Sean Bean Says Intimacy Coordinators ‘Spoil the Spontaneity’ of Sex Scenes By making them a “technical exercise.”
health 2:01 p.m.
Lars von Trier Diagnosed With Parkinson’s Disease The Danish director is “in good spirits and is being treated for his symptoms.”
More Stories