They say that New York City is the center of the universe. In the case of Broad City’s Abbi Jacobson and Ilana Glazer, the epigram rings true. Their uproarious show (which returns to Comedy Central on Wednesday, February 17th) unites a host of funny-men-and-women to engage in ribaldry with Abbi and Ilana, riffing on all things Manhattan while imparting wisdom and witticisms to its loyal fans. Among the show’s rollicking guest stars are a marijuana-fused Kelly Ripa and an impishly diaper-clad Fred Armisen; Susie Essman, too, steals scenes as Ilana’s idiosyncratic mother. In honor of season 3 – and more brilliant cameos to come – we dove into the Broad City family tree to see just how far the show’s roots extend. As it turns out, Abbi and Ilana are no more than six degrees away from some fellow Hollywood humorists. Watch Broad City Wednesdays at 10/9c on Comedy Central or anytime on the CC APP! 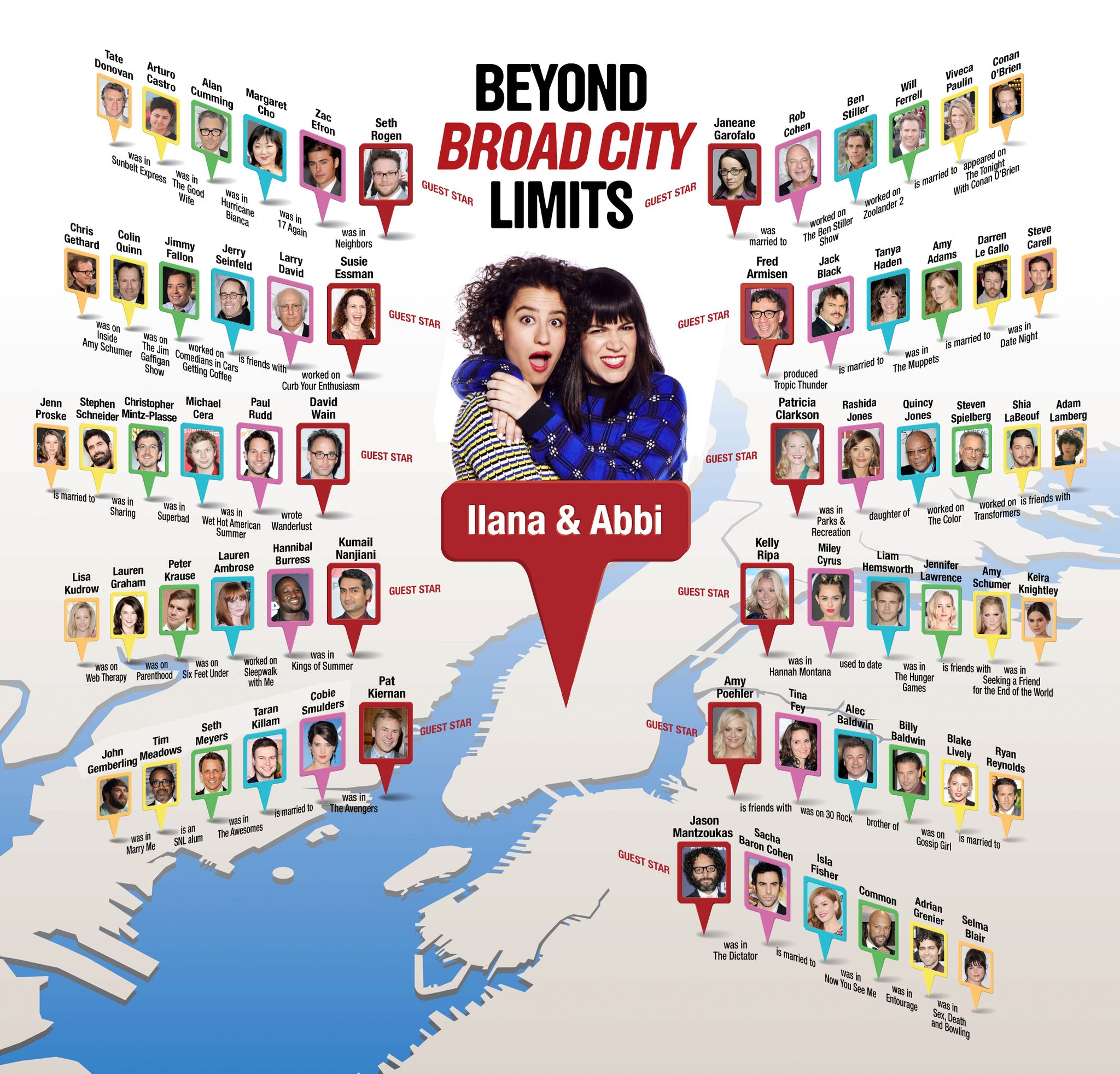