We’ve reached peak Bill Murray. In Sofia Coppola’s sublimely shallow Christmas special, now streaming on Netflix, Bill Murray plays Bill Murray, a slightly altered incarnation of himself. Enveloped by a galère of sexy ladies, Murray expounds on the true meaning of Christmas and the mania of making statements. So, having become a meme manifest as man, where does Bill Murray go from here? To the dog house, of course. The Playlist reports that Murray is going to portray a dog in Wes Anderson’s upcoming Japanese-inspired stop-motion movie. (“It’s a Japanese story and I’m playing a dog. I’m very excited,” he so eloquently intoned.) The deadpan funnyman has imbued all of Anderson’s films to date with a profound sense of pathos, so one can assume that he’ll do the same with this dog movie. And since Anderson’s films haven’t been so kind to dogs (they are felled by errant arrows, car crashes, and poison-laced blueberries), one can also assume that Murray’s dog will meet a grisly fate. Possibly with dynamite. 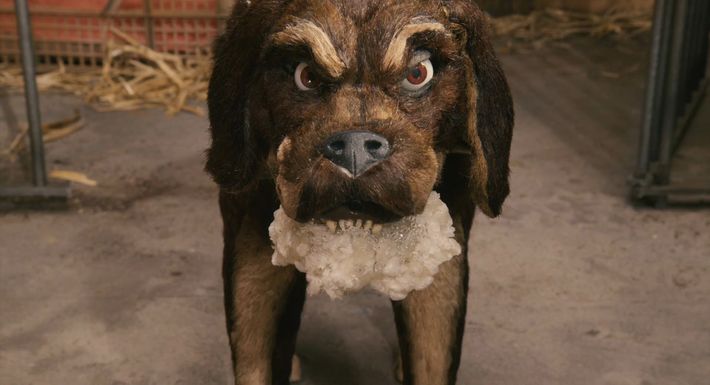