Daisy Ridley’s face is everywhere — you just don’t know it yet. Part of that is because Star Wars: The Force Awakens, the movie destined to turn this 23-year-old Brit into a global superstar, is still a week away from release; the other part is because the flood of toys and action figures that are based on Ridley’s lead character, Rey, don’t always do the best job portraying that soon-to-be-famous face. Recently, Ridley sat down with Vulture to go over eight of the best, worst, and just plain weirdest Rey toys. Read on, and bask in her delight and confusion. 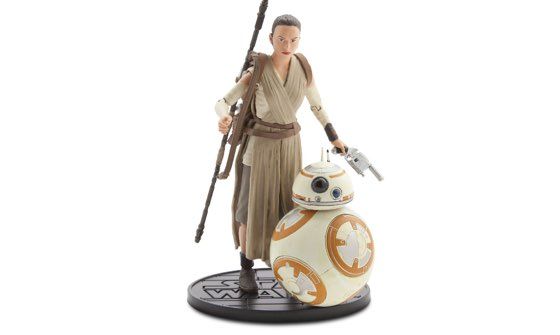 We started with perhaps the most faithful figurine, this well-made action figure from the Star Wars: Elite Series. “This one’s cool,” said an appreciative Ridley. “It’s pretty lifelike!” It ought to be: During the film’s shoot, she and the other cast members spent time in between takes submitting to 3-D scans that could be used for special effects and merchandising. “Whenever there would be a break, we’d have to run off and get scanned. They’d tell you what facial expressions to do,” she said, “and with Rey, they tended to be a scowl.” 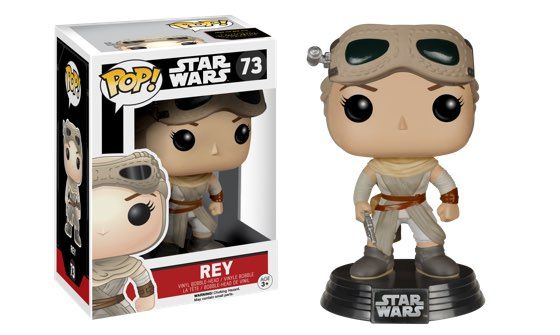 Ridley’s expression was the furthest thing from a scowl when I showed her this bobblehead Rey. “Eyebrows on fleeeeeeek!” she squealed, examining its face. “I love the bobblehead. Love it!” Those giant goggles on the bobblehead don’t just look cool, either: They serve Rey well as a lonely  scavenger on the desert planet Jakku, where we first meet her. “But wearing them in that heat was slightly suffocating,” said Ridley, who shot those goggle-headed Jakku scenes in Abu Dhabi during triple-digit temperatures. “I’ll tell you something disgusting,” she said with a laugh. “There was a lot of dribble.” 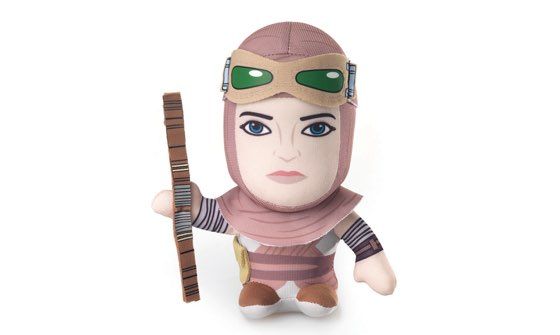 “My gosh!” said Ridley, staring at this, uh, strikingly conceived mini-plush version of Rey. “I mean, I don’t have blue eyes. The costume’s pretty cool, though.” Still, our star in the making was charitable: “They did what they could under these circumstances. My fingers are kinda webbed, but that’s okay.” 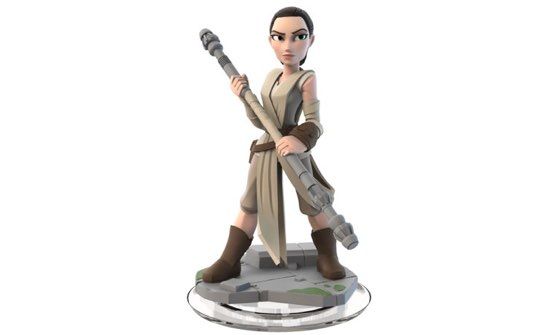 “I have that one!” Ridley said when shown the Disney Infinity figure, which highlights Rey’s wrap garb. A nascent social media star, Ridley was thrilled to see so many women donning that costume for Halloween and tagging her in their pictures. “It shows that it’s already having an impact, and the movie’s not even out yet,” she said. “Obviously, it’s all incredible, especially to see that costume on little kids. Although they probably have no idea what they’re doing! Dad’s like, ‘Go on, put on the Rey outfit,’ and they’re like, ‘I don’t want to!’” 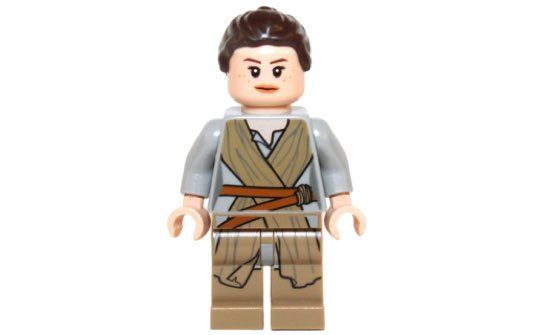 Ridley’s Lego figure is one of the few toys she had input on, since she ran into the head of Lego at Comic-Con and was shown a stern, broad-shouldered Rey that looked more like a linebacker than a scavenger. “I was like, ‘Ummmm …’” laughs Ridley. “They hadn’t properly created it yet, so I’m very happy that the shoulder size went down.” Is the Rey we see in The Force Awakens ever as stern as her Lego prototype? “Not that stern, but she can be stern,” said Ridley. “When Rey’s running with a gun … well, yeah, she can be that stern.” 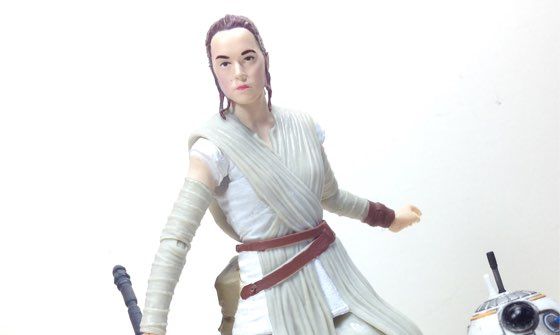 Ridley and I spent a minute puzzling over the expression of this Rey action figure, from the Star Wars: Black Series. “She’s kinda like, ‘Yeah, wot?’” said Ridley, adopting a working-class British accent. It’s one of the many action figures Ridley received several weeks ago all in one fell swoop: “I got sent a box of things, and I was like, ‘Oh my God!’” she recalled. Sort of like Christmas morning, except every single thing you open has your face on it? “Yeah,” she conceded, “that’s slightly weird.” 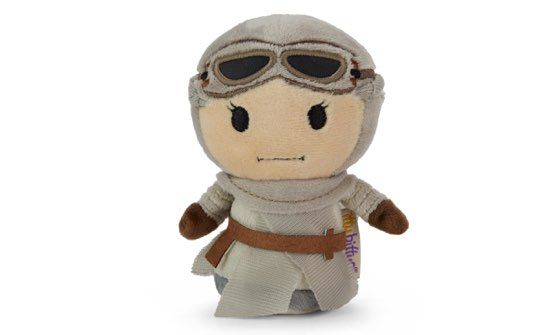 Is Rey as cuddly as this Hallmark itty-bitty plushie would have her seem? “Yeah!” said Ridley. “She probably really craves those cuddles, so yeah.” It’s no surprise to her that Rey’s wrap costume scales down so well, since director J.J. Abrams prioritized a striking, iconic look in his collaboration with costume designer Michael Kaplan. “I remember J.J. saying that he wanted the sort of outfit kids could sketch,” said Ridley. “He wanted something they’d be able to doodle in class, with things that would stand out to them.” 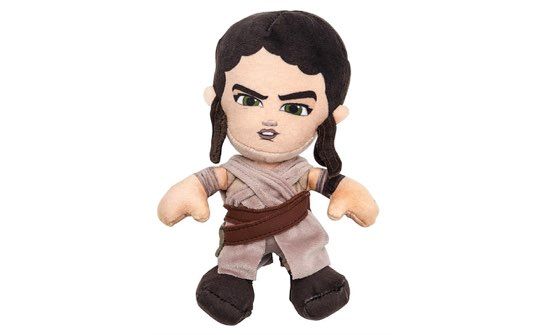 Yeah. Yeah. We didn’t know what’s going on with this one, either. “Each to their own,” Ridley said, after staring at this toy in silence for a full beat. “A lot of attitude. Not quite as lifelike as the other ones.” And those eyebrows … they’re not exactly on fleek, are they? “No, they’re not,” Ridley concurred, chuckling. “They’re on anger, times 100!”