It doesn’t take a rock expert to know that David Bowie’s musical influence has cast a large shadow ever since he broke out as a quasi-alien pop star with his 1972 classic The Rise and Fall of Ziggy Stardust and the Spiders From Mars. But one could have never heard a note of Bowie’s music (including his new album) and still be wowed by the extent to which the man’s various guises have, as you can see here, inspired a multitude of artists. If imitation is the sincerest form of flattery, Bowie should be blushing.

Bowie’s album Blackstar is out January 8.

“Lucifer,” Sandman
Neil Gaiman’s 1989 comic finds Lucifer abandoning Hell. The character’s look was based on “young, folksinger-­period Bowie,” Gaiman told the Chicago Tribune. “I imagined Lucifer as a junkie angel, and young Bowie was the closest we got.”

Scott Weiland
The late Stone Temple Pilots singer aped Bowie throughout his career, but the most blatant channeling was when he showed up as a faux Bowie for an all-star tribute to the Beatles at the 2005 Grammy Awards. 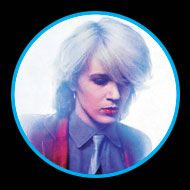 David Sylvian
The singer for art-pop band Japan was a walking Ziggy revival. 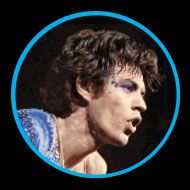 Mick Jagger
Jagger, as ever keeping an eye on the competition, took cues from Bowie for the Rolling Stones’ 1973 tour, sporting glitter, makeup, and spangly bodysuits. 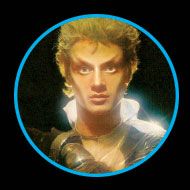 Jobriath
Jobriath (born Bruce Wayne Campbell) was an American who, in 1973, took the idea of Ziggy to its extreme, wearing spacesuits, extravagant sweeps of eyeliner, and hair like a Brancusi sculpture. 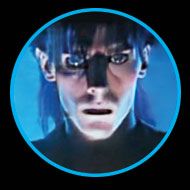 Peter Murphy
Everyone in ’70s and ’80s goth rock group Bauhaus looked like Bowie­spawn, but none more than singer Murphy. 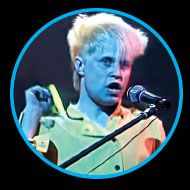 Mike Score
A Flock of Seagulls member Score’s most notable haircut, the flapping “winged” look, began as an attempt to shape his coif like Ziggy. 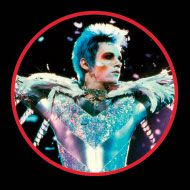 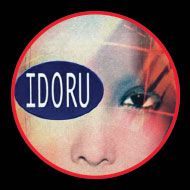 “The Music Master,” Idoru
The “Music Master,” a virtual-reality tutor in William Gibson’s 1997 sci-fi novel, is a thinly veiled Bowie, complete with “a penchant for long, flowing coats” and allusions to having two different-colored irises (like D.B.). 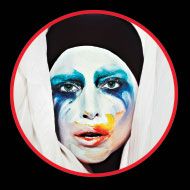 Lady Gaga
Gaga has pillaged Bowie’s style throughout her career, but the most obvious homage was the cover image for her single “Applause” in 2013. 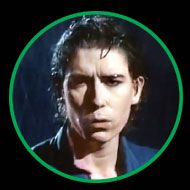 Richard Butler
Bowie, meeting the Psychedelic Furs singer Butler in 1983 and noticing his suit, reportedly said, “Didn’t I wear that on my Diamond Dogs tour?” 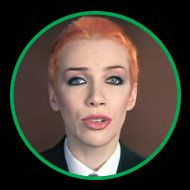 Annie Lennox
In Eurythmics’ 1983 “Sweet Dreams (Are Made of This)” video, singer Lennox deftly displayed a Diamond Dogs–y carrottop hairdo. 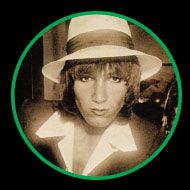 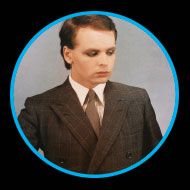 Gary Numan
Numan, who scored with the single “Cars,” dressed like the machine men Bowie sang about. In 1979, Bowie cracked about Numan in the press: “To be honest, I never meant for cloning to be a part of the ’80s.”

Nick Rhodes
The Duran Duran keyboardist’s early-’80s look was the most Bowie-influenced of the band (quite an achievement), particularly with his ever-changing fluorescent hair colors. 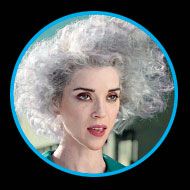 St. Vincent
Annie Clark said that dying her hair in 2014 was a partial homage to Young Americans–era Bowie. 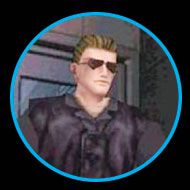 Keanan Duffty’s “Bowie” line
Designer Duffty offered a limited-­edition men’s collection for Target in fall 2007, creating, among other items, a tuxedo and vest in homage to the Thin White Duke.

“Lucifer,” The Wicked + the Divine
This female reincarnation of the fallen angel was the breakout star of Kieron Gillen and Jamie McKelvie’s 2014 comic-book series. 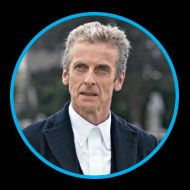 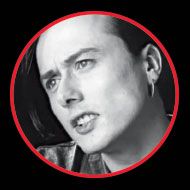 Tilda Swinton
Swinton has resembled Bowie so often that there’s a Tumblr dedicated to the idea that she and Bowie are the same person. A W magazine shoot, in which she resembled Bowie’s ’77 incarnation, makes a compelling argument.

Iselin Steiro
This Norwegian model dressed as Bowie incarnations for a David Sims Paris Vogue spread in 2010, then appeared in the video for Bowie’s 2013 single “Stars (Are Out Tonight).” 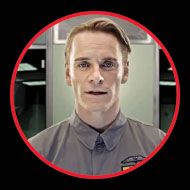 “David,” Prometheus
For the Teutonic look of his character in this 2012 Alien spinoff, Michael Fassbender said, “I looked for inspiration in David Bowie and Greg Louganis.”

*This article appears in the December 28, 2015 issue of New York Magazine.

my music video is dropping 7 mins ago
Obviously, There’s a Lotta Lavender in the ‘Lavender Haze’ Video It is once again time to meet Taylor Swift at midnight.
have mercy 16 mins ago
Chlöe’s ‘Pray It Away’ Video Takes Us to Church The lead single off her upcoming debut album, In Pieces.
it starts with this Yesterday at 8:59 p.m.
The It Ends With Us Movie Ended Up Casting Blake Lively Justin Baldoni will also star in and direct the adaptation of Colleen Hoover’s bestseller.
overnights Yesterday at 8:26 p.m.
The Real Housewives of Miami Recap: Wrong Answers Only Three riveting housewives fights in a single episode? Simply iconic.
let her cook Yesterday at 7:38 p.m.
The Bear’s Ayo Edebiri Is Joining Phase Five of the MCU She’ll serve us a new role in Marvel’s Thunderbolts.
#freebritney Yesterday at 6:01 p.m.
Britney Spears Says Her Fans ‘Went a Little Too Far’ With Wellness Check Addressing fans who were concerned when she deleted her Instagram.
overnights Yesterday at 6:00 p.m.
Poker Face Recap: You Can’t Un-murder Someone Doxxxology’s got a killer new song.
yesterday on daytime Yesterday at 5:44 p.m.
Who Cut the Cheese on The View? No, it wasn’t Meghan McCain.
rap music on trial Yesterday at 4:55 p.m.
Everything We Know About YSL’s RICO Case District Attorney Fani Willis was once on the same side as a YSL member, representing Mondo in a 2019 case.
tv review Yesterday at 4:47 p.m.
Shrinking Desperately Wants You to Like It The new Apple TV+ comedy starring Jason Segel and Harrison Ford is as needy as its protagonist.
ow Yesterday at 4:38 p.m.
Bravo Also Investigated Heather Gay’s Black Eye “I don’t know what happened,” Gay said at the reunion.
legendaddy Yesterday at 4:05 p.m.
Rauw Alejandro and Daddy Yankee Are Dropping ‘Panties y Brasieres’ The secret menu item on Saturno.
buffering Yesterday at 3:47 p.m.
What Netflix’s Bela Bajaria Era Means for Hollywood “She needs to keep programming things people watch versus snobby s- - - people don’t.”
it's a party! Yesterday at 2:30 p.m.
NBC Is Throwing Carol Burnett a Giant 90th Birthday Bash Featuring music and comedy from Amy Poehler, Steve Carell, Bernadette Peters, and more.
buzz buzz Yesterday at 2:26 p.m.
How to Support the Yellowjackets and the Suit Jackets at the Same Time Succession and Yellowjackets airing at the same time doesn’t have to ruin your life.
snl Yesterday at 1:21 p.m.
Pedro Pascal and Coldplay to Team Up on SNL The star of HBO’s The Last of Us will make his hosting debut.
trailer mix Yesterday at 12:48 p.m.
Tom Wambsgans Thinks the Roy Conflict Is ‘Like Israel-Palestine, But Harder’ War (against his wife) begins March 26.
emergency discussion Yesterday at 12:06 p.m.
Velma and the Case of the Condescending Reboot Three new TV revamps of varying quality offer a lesson in how to wield nostalgia responsibly.
vulture 10x10 Yesterday at 12:01 p.m.
The High-Stakes Puzzle 24-Across, Three Letters: One of the Volturi in Twilight.
overnights Yesterday at 12:00 p.m.
Poker Face Recap: Little Miss Galahad Despite the Columbo inspiration, Charlie is a drifter with a strange power, not a detective with any jurisdiction.
More Stories