Vulture is speaking to the screenwriters behind 2015’s most acclaimed movies about the scenes they found most difficult to crack. In today’s post, Sicario screenwriter Taylor Sheridan explains the challenges inherent in a key sex scene, and how he and director Denis Villenueve addressed them.

For me, the greatest hurdle was battling with the question: What is a protagonist? When you first meet Kate (Emily Blunt), you feel she has strong beliefs and convictions. You want her to win. Then you meet Matt (Josh Brolin). He’s very charming, cavalier, and powerful. The more Kate complains about the lack of protocol, the more we start to side with Matt. But then you meet Alejandro (Bencio del Toro), and we become fascinated with this quiet figure, though we don’t yet know what he does. There are moments when he, too, is more than the sum of the parts we’re seeing. Ultimately, we realize Kate was right all along and Alejandro is our antagonist.

In terms of a specific scene, the one in the bar really tested me. That bar is based on a real one in Arizona, where they have a mechanical bull and all these pro-rodeo guys go there and practice. You feel like it’s this island of Americana surrounded by these suburban shopping malls. There was originally a lot of dialogue between Kate and Reggie (Daniel Kaluuya) about the sadness of that reality. Then Kate meets Ted (Jon Bernthal), and they have sex outside the bar.

But the whole bar scene was too expensive of a sequence — like 14 pages total. So Denis and producers asked, “Can you take those 14 pages and condense them into six?” Also, is there a way we could shoot the rape scene on a soundstage? So all the conversations they had about America were gone, and instead they ad-libbed, and we cut straight from them dancing in the bar to the apartment.

At first I thought, It can’t be her apartment, can it? Would she be so cavalier about having casual sex? But she was so lonely and stressed — everyone has been in that situation when you’re single, you’ve had a terrible week, and you think, By God, I deserve to get drunk and sleep with someone I don’t know! It’s a common way of dealing with stress, right? So she lets her guard down for a second, and it almost gets her killed. That whole sequence by far was the hardest thing I had to do. 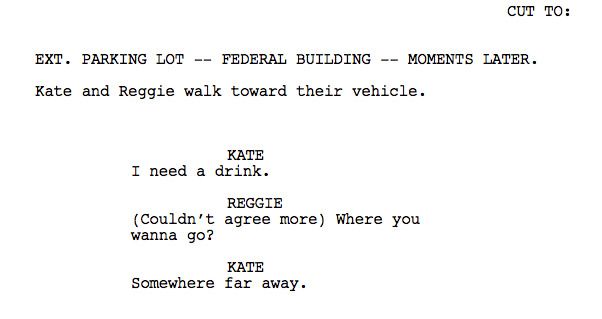 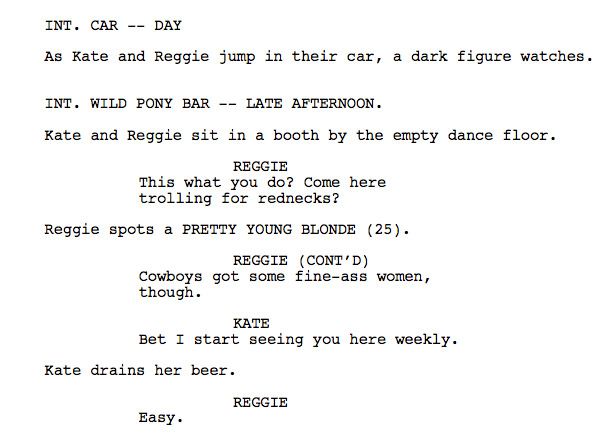 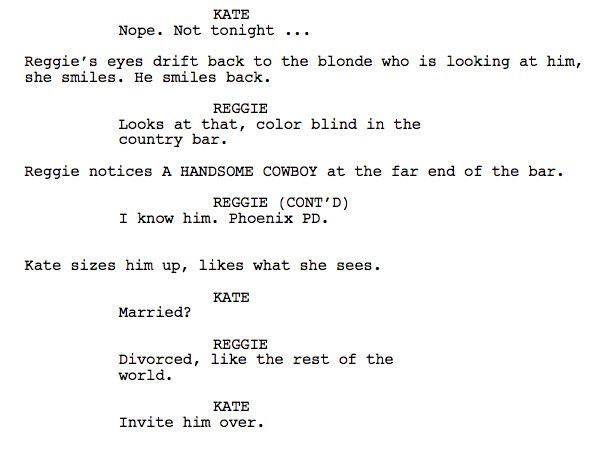 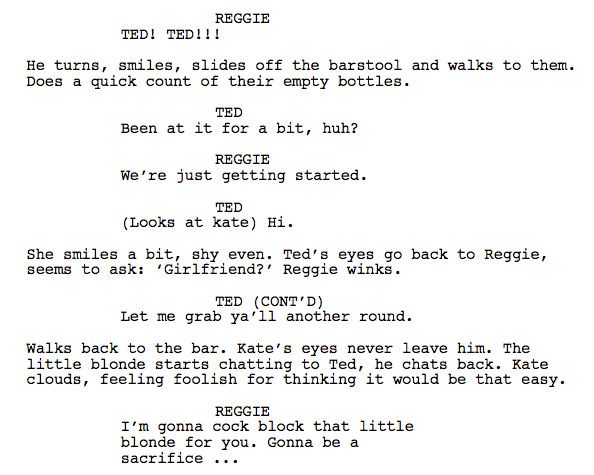 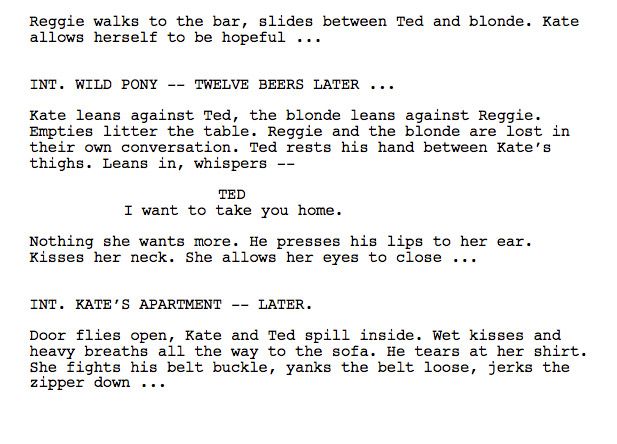 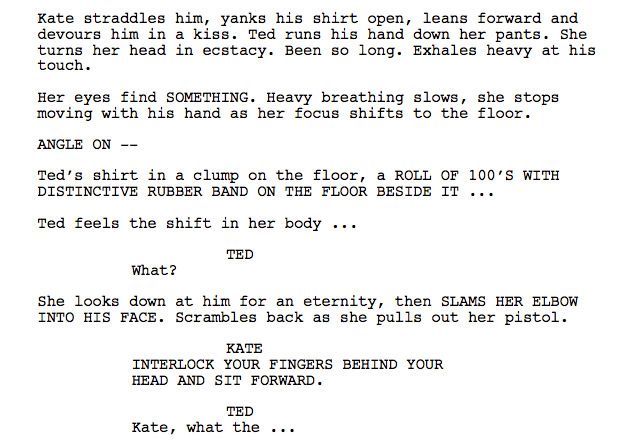 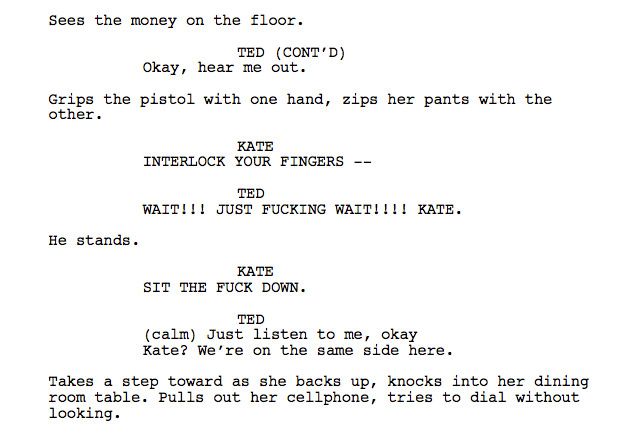 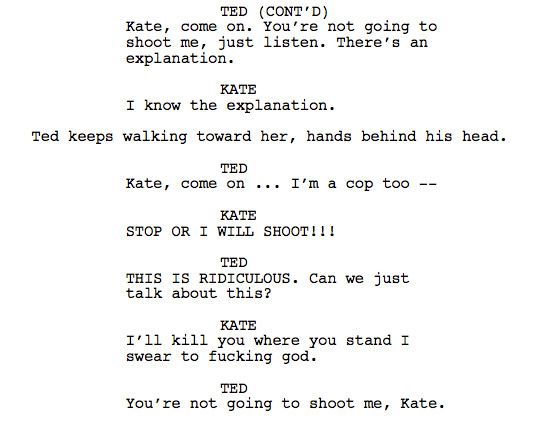 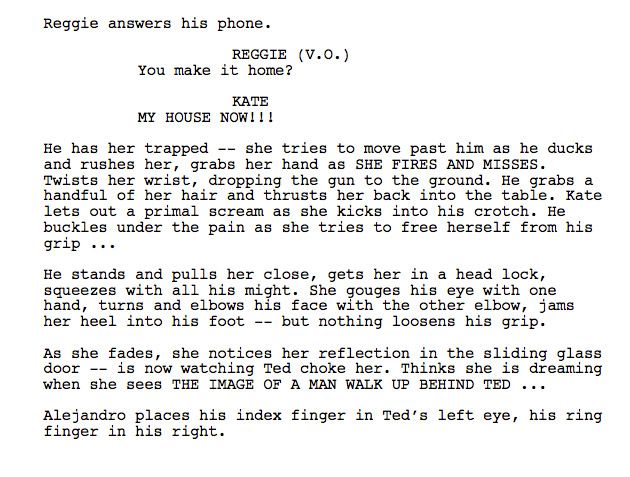 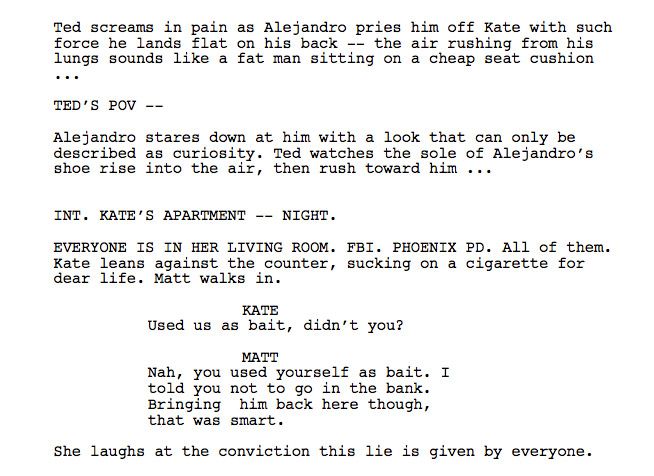 +Comments Leave a Comment
The Toughest Scene I Wrote: Sicario

overnights 6 mins ago
Top Chef Recap: Tucson Time After studying the culture and traditions of Tucson, the chefs are focused and ready to push through the few remaining obstacles.
movie review 8 mins ago
The Comfortable Familiarity of The Bob’s Burgers Movie If you accept the narrative’s rigidity and safety, The Bob’s Burgers Movie is a jubilant bit of distraction.
overnights 22 mins ago
Grey’s Anatomy Season-Finale Recap: Hail to the Chief Grey’s makes the most of its 400-episode history with a finale that resets the game while paying homage to the past in some moving ways.
chat room 12:05 p.m.
Laura Haddock Was Gently Hazed While Filming Downton Abbey: A New Era Confirmed: A certain Crawley is a “cheeky monkey.”
vulture 10x10 12:00 p.m.
The Mustache Puzzle 1-Across, Four Letters: Song danced to with flailing arms.
scooby dooby doo 11:43 a.m.
I Ate All the Lyrics of Harry’s House Sure, the new Harry Styles album sounds really good, but how does it taste?
courthouse chaos 11:30 a.m.
Johnny Depp Fans Are Out in Full Force As Trial Nears End When the clock hit 12:50 a.m. Friday, bedlam unfolded outside the Fairfax, Virginia, court parking garage.
labor struggles 11:24 a.m.
How Was This Harry Styles Music Video Only $300? Was anybody paid?!
nostalgia bait 11:00 a.m.
The Horniest Decade: A Taxonomy Why did the early aughts have such weird sexual energy?
this week in late night 10:47 a.m.
James Corden, Auteur Director, Won Late Night This Week Plus Desus & Mero & Jerrod Carmichael’s strong greenroom energy.
vulture lists 10:32 a.m.
What to Watch and Stream This Memorial Day Weekend Travel the many multiverses, visit the Upside Down, check out Tom Cruise’s and Channing Tatum’s abs, and more this three-day weekend.
overnights 10:31 a.m.
Obi-Wan Kenobi Premiere Recap: Our Only Hope The first chapter of Obi-Wan’s new story excels when it accumulates silent details and small interactions from his lonely routine.
yike! 10:28 a.m.
‘How to Murder Your Husband’ Writer Convicted of Murdering Husband Not a How to Get Away With Murder writer, clearly.
tv recaps 10:15 a.m.
For All Mankind Recap: Stuck in the Middle Chekhov’s space guns are finally fired.
tv recaps 10:00 a.m.
For All Mankind Recap: You Just Keep Me Hangin’ On In typical For All Mankind fashion, everyone is expected to rise to the occasion while putting their lives on hold.
my song of the summer is dropping 9:56 a.m.
Calvin Harris Has Just the Right ‘Potion’ for This Summer And it starts with equal parts Dua Lipa and Young Thug.
summer preview 9:30 a.m.
Stranger Things 4 Has Big Blockbuster Energy The Netflix smash was once a TV show that paid homage to films released decades ago. This season, it’s threatening to become a series of those films.
overnights 9:30 a.m.
Stranger Things Recap: Running Up That Hill The most Stranger Things needle drop reminds that Kate Bush saves lives.
overnights 9:00 a.m.
Stranger Things Recap: Making Connections Don’t you love it when our friends start to come together?
overnights 8:30 a.m.
Stranger Things Recap: Proof of Life The gang is having trouble adapting to their new homes.
More Stories