With Kanye West’s potentially brilliant new album, Swish, out in just two weeks, theories for how he will officially debut it are already running wild online. On Tuesday, sleuths on Reddit and fan forums have discovered/spoiled possible plans for Kanye to debut the album at a Madison Square Garden concert on February 11 and screen the event live in theaters worldwide: Fans in Germany have noted that tickets for the event are already available for purchase in their country, with the concert seemingly tied to Kanye’s upcoming third Adidas collection, Yeezy Season 3, as shown on posters. (A close look at one of Kanye’s recent tweets appears to suggest that the line will show the same day as the album; New York Fashion Week begins the day before its release.)

Promotion for the event can also be found online for international theaters. MSG tickets for the event have also popped up on Ticketmaster, set to go on sale starting Wednesday. West has previously livestreamed his first two collections in select theaters worldwide, debuting “Wolves” and “Fade” at each show, both of which are expected to appear on the album. See the official poster, via DONDA, for the event below. And for more on Kanye’s unpredictable next era, read our Vulture editors’ discussion on Waves.

Update: Kanye has confirmed the event and opened up tickets for the screening in 25 countries (but not the U.S., sadly). The event is being billed as “the world premiere of the album Waves in its entirety,” and will feature a performance by Vanessa Beecroft, the Italian artist behind Kanye’s last two Yeezy Season fashion shows and his Yeezus tour.

Update No. 2: If you buy tickets to Kanye’s Madison Square Garden fashion show/album debut, you’ll get a free download for Waves when it’s released. Because, like Rihanna, it seems Yeezy DGAF about an album sale. Tickets go on sale Thursday at 10 a.m. EST here. 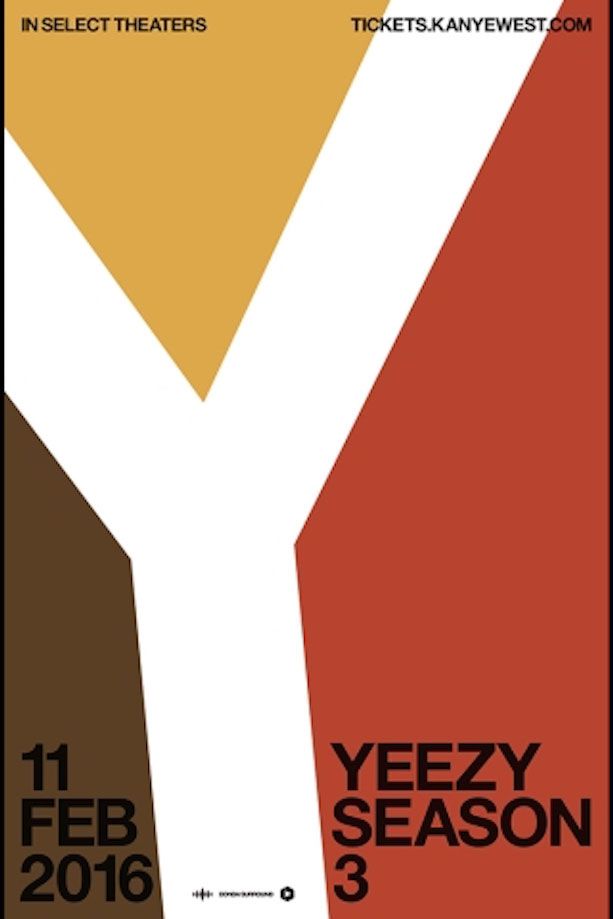 ? and the city 9:44 p.m.
Jennifer Coolidge Hears You, But Kim Cattrall Is Too ‘Perfect’ to Replace In case you were thinking she’d make a great replacement Sam Jones.
overnights 9:32 p.m.
RuPaul’s Drag Race Recap: Tamisha Said I Had Potential Episode one’s “losing” team mount an impressive production number that surpasses last Friday’s installment from the “winners.”
anti-racism 8:31 p.m.
Netflix to Adapt Three of Author Ibram X. Kendi’s Anti-Racism Books Specifically Stamped From the Beginning, STAMPED: Racism, Antiracism and You, and Antiracist Baby.
now streaming 7:30 p.m.
The 50 Best Action Movies on Netflix Right Now The Old Guard, Snowpiercer, Enola Holmes, and more.
adaptations 7:17 p.m.
John Wick Creator to Turn Your D&D TV Show Fantasy Into a Reality Another Hasbro game gets the live-action series treatment.
this week in late night 6:19 p.m.
Anne Hathaway Rebranding as ‘Annie’ Won Late Night This Week And Jimmy Kimmel reconnects with an old, incredibly stoned friend.
close reads 6:10 p.m.
Who’s Been Lie Lie Lying? An Investigation into Joshua Bassett’s “Lie Lie Lie” What does “Lie Lie Lie” tell us about the current HSMTMTS drama?
movie review 5:36 p.m.
In The Marksman, Liam Neeson Idles in Place He only kicks a moderate amount of ass in this one.
By Bilge Ebiri
castings 5:24 p.m.
Ethan Hawke to Play the Villain to Oscar Isaac’s Moon Knight in Marvel Series Because we guess someone has to antagonize Oscar Isaac.
overnights 4:48 p.m.
Dickinson Recap: Not All Who Wander Are Lost I am blinded by the red flags as Em probably should be blinded by the sun she has been shouting at all afternoon.
movie review 4:29 p.m.
Acasa, My Home Shows the Poetry and Peril of a Life Off the Grid A beautiful, bittersweet documentary from Romania.
spoilers 3:51 p.m.
What to Expect From Bridgerton Season Two, Based on the Novels It’s (probably) Anthony’s time to shine.
the masked dancer 3:43 p.m.
If You Guessed Elizabeth Smart Was the Moth on Masked Dancer, You Were Right Why?
follow friday 3:30 p.m.
Soup Is Objectively Funny to Annabel and Sabina Meschke Why chat with one comedian on Instagram Live when you can chat with two?
oscar futures 2:31 p.m.
Oscar Futures: Nomadland Aces the Season’s First Test With a trio of auspicious wins, Nomadland has solidified its status as the cinephile’s choice in the Best Picture race.
By Nate Jones
backstories 2:25 p.m.
Before Cristin Milioti and John Magaro Were Breakout Stars, There Was This Ad … The stars of two of 2020’s best movies explain how a certain Coke commercial got us here.
By Nate Jones
ohfr? 2:20 p.m.
Lady Rico of House Nasty Performs ‘OHFR?’ on The Tonight Show Donning an exquisite wig and pearls no less.
album review 1:59 p.m.
Zayn’s Solo Career Still Makes No Sense, Yet the Intrigue Remains Earned Nobody Is Listening offers a subtle refinement of the sounds and ideas he has pursued since striking out on his own.
By Craig Jenkins
2021 preview 12:40 p.m.
24 Games We Can’t Wait to Play in 2021 Plenty of options as you look ahead to another year of staying in.
the inside track 12:36 p.m.
Lana Del Rey Is Only Speaking for Herself Now Past the current discourse, “Chemtrails Over the Country Club” doesn’t say much.
By Justin Curto
More Stories