Knowing in some small way how movie studios work, I would bet a fat stack of cash that many very important people spent hours upon hours trying to chose the best title for the eighth Fast and the Furious movie. Furious 8? Fast 8? 8n’t 2 Fast 2 Furious? The last two Fast and the Furious movies were Furious, but there’s something to be said for a nostalgic nod to 2011’s Fast Five. Luckily for them, Vin Diesel took to Instagram to put that baby to bed, finally allowing Hollywood’s best and brightest sequel-namers to go home and spend some time with their children and maybe get a good night’s sleep. According to the image teased by their franchise star, Fast 8 will be blowing exhaust right in our ecstatic faces in April 2017. 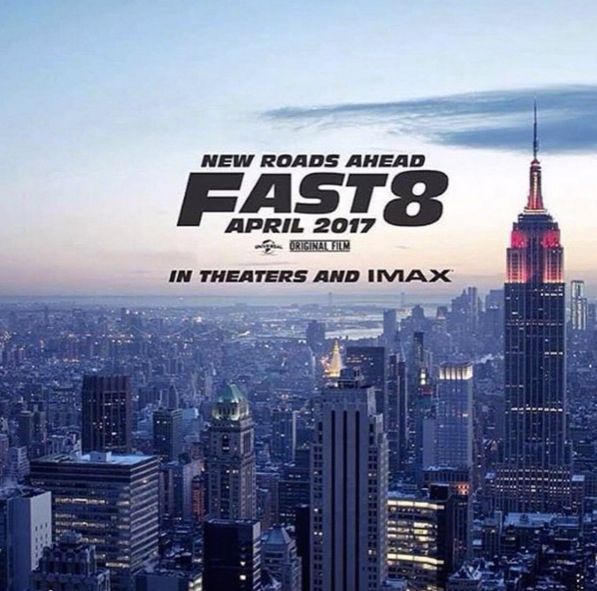 In even more exciting news, the new film will be set in New York, where every car chase will immediately end with someone getting stuck behind a city bus.