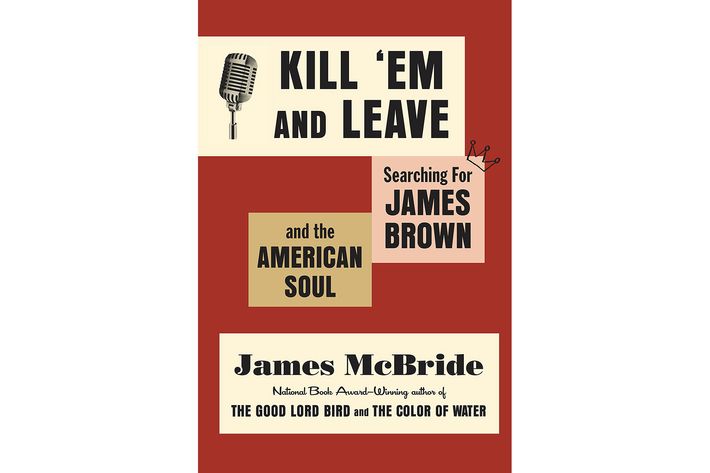 Kill ‘Em and Leave: Searching for James Brown and the American Soul, by James McBride (Spiegel & Grau, April 6)
The author of the best-selling memoir The Color of Water and the award-winning novel The Good Lord Bird turns out to be the biographer of James Brown we’ve been waiting for. There’s some new dirt on the soul legend’s early life in this digressive amalgam of journalism and memoir, and more about Brown’s decadelong afterlife — a pileup of lawsuits over a $100 million estate that should have gone to poor Southern schoolchildren years ago. But McBride’s real quarry is race and poverty in a country that wants to change the subject. 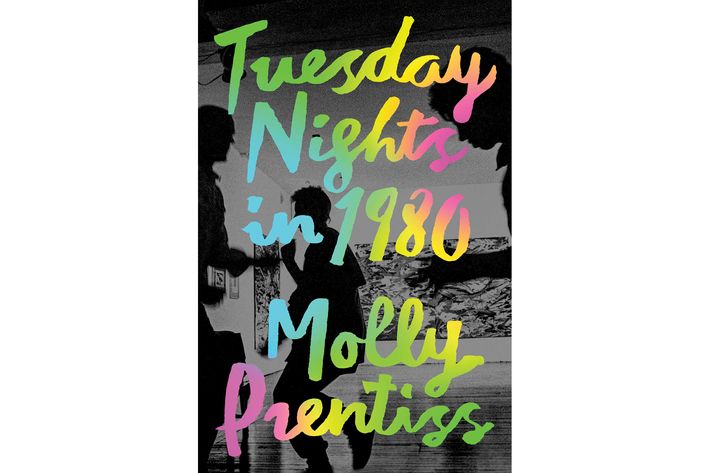 Tuesday Nights in 1980, by Molly Prentiss (Scout Press, April 5)
Dropping her first novel on the wrong side of a New York nostalgia trendlet, Prentiss risks turning off readers nostalgic for a time before culture makers began ransacking the Bad Old Days. But her writing is as vivid and sensitive as the pensées of her synesthetic art-critic protagonist, whose intersection with an Argentine refugee painter sets the novel in motion. Prentiss’s descriptions of the eighties art world ring true on both the texture of the work and its go-go capitalist corruption. Stumbles into broadness and sentimentality are mercifully few, a small price to pay for exuberance and heart. 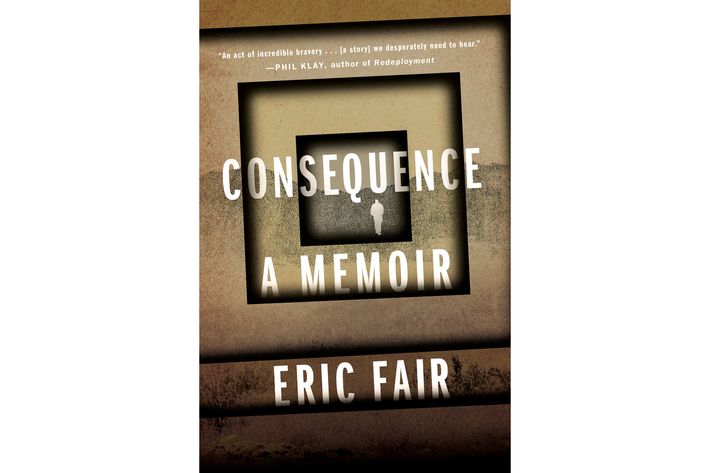 Consequence, by Eric Fair (Henry Holt, April 5)
A certain orange candidate’s savage bluster is reason enough to revisit our worst abuses in Iraq. Fair, who followed brutal orders as an Abu Ghraib interrogator, has no choice but to relive those sessions, mainly in his nightmares. His decision to assemble them into a memoir isn’t necessarily heroic, but his self-lacerating moral clarity might be. Fear’s journey from Pennsylvania to the army, the police, government-contract work, a Christian seminary, and a heart transplant — all narrated in staccato present tense — fills out the picture of a good soldier doing bad work in a terrible war. 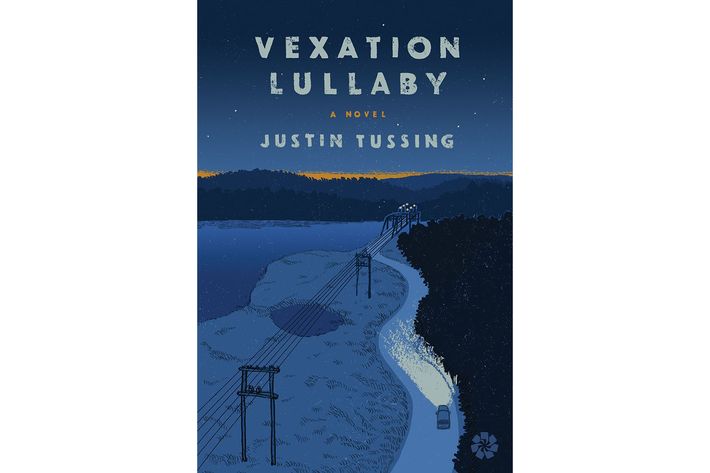 Vexation Lullaby, by Justin Tussing (Catapult, April 12)
If rock celebrities are projections of their fans’ fears and desires, then what Tussing has done in his second novel — about an enigmatic old-timer who bears traces of Dylan and Springsteen — is turn the projector around. With a perfect ear and a dry tongue, Tussing nails the ragged star Jimmy Cross and his populist poetry, but his central subjects are two men who become entangled with his never-ending tour. Peter is a lonely doctor embedded on the bus, Pennyman a fan-blogger who’s forsaken his own life to stalk Cross’s. Their stories converge with a sweetness that feels earned. 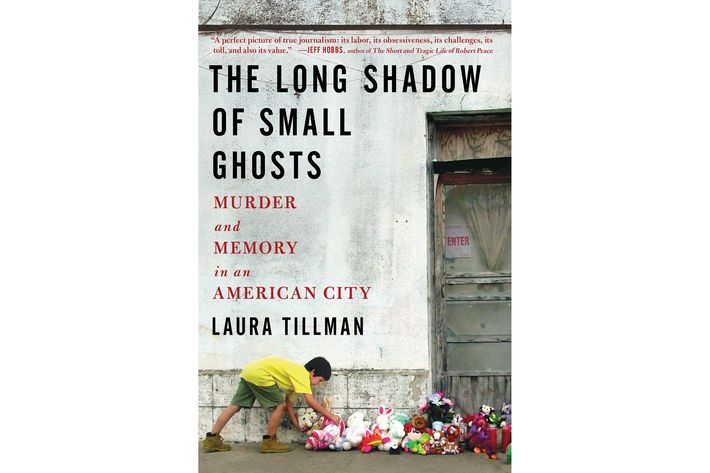 The Long Shadow of Small Ghosts, by Laura Tillman (Scribner, April 5)
Even fantastic true crime can descend into sensationalism in the service of reader-voyeurs. It speaks well of Tillman that her first instinct, on learning about the grisly murder of three children by a mentally unbalanced couple in Brownsville, Texas, was to look away. When she did finally dig in, her work pivoted to the larger and more important implications of the crime and its aftermath: the impact on close-knit neighbors, who consider demolishing the scene of the crime, and the consequences of jailing and executing the criminally insane. 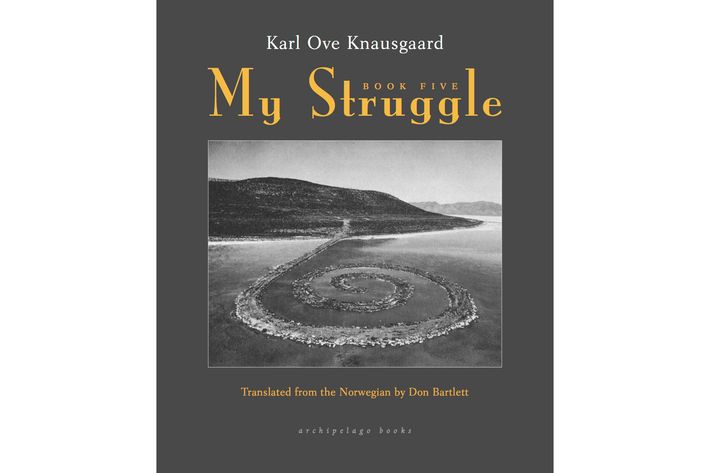 My Struggle: Book Five, by Karl Ove Knausgaard, trans. by Don Bartlett (Archipelago, April 19)
The logorrheic Norwegian diarist is at his best when toggling between the personal and theoretical — the grit of experience and the quandaries of self, the drunken escapades and the contemplation of Art. This entry in the six-book series on Knausgaard’s life is his most structurally conventional volume and one of his most broadly compelling. The pointillist portrait of the artist as a bumbling striver spans the 14 years he spent in Bergen finding a way to turn his calling into a craft. In previous books we’ve seen the callow youth and the tortured father; here is the grisly connective tissue. 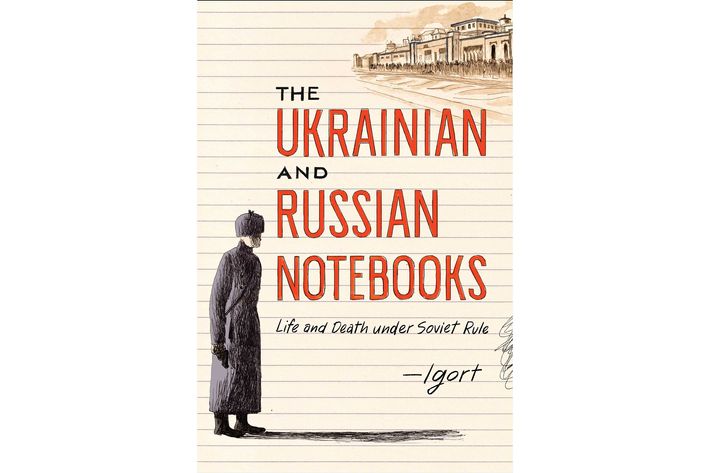 The Ukrainian and Russian Notebooks, by Igort (Simon & Schuster, April 26)
Modern comics thrive on juxtaposition — image against text — but this journalist-illustrator’s devastating graphic memoir smashes together more than just words and pictures. Stalin’s deliberate starving of Ukraine forms the first, oral-historical half of the book; the second delves into the work of Anna Politkovskaya, the Russian journalist murdered in 2006 for reporting on atrocities in Chechnya. Connecting them is Putin’s invasion of Ukraine, a new episode of Russian barbarism. Igort’s images can be brutal, but they’re also clever, rich in both reference and flair, hard to look at — and impossible to ignore. 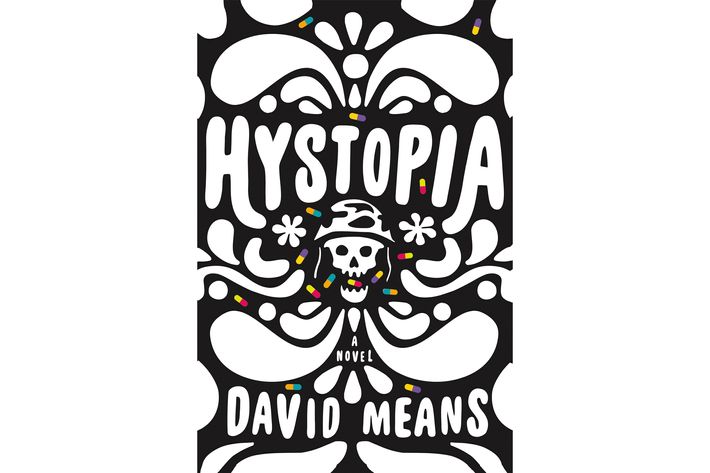 Hystopia, by David Means (FSG, April 19)
John F. Kennedy survives multiple assassination attempts and soldiers on into a sinister third term; so does the Vietnam War, abetted by a new drug that “enfolds” PTSD-suffering vets and reintroduces them into society — namely a post-riot “Grid” in Michigan — with very mixed results. It’s easy to think of Oliver Stone on a psychedelic sci-fi bender, but Means, up to now a short-story writer, brings rigorous interiority to the characters enmeshed in a violent, careening plot, along with weird digressions and meta-textual flourishes reminiscent of Pynchon at his righteous angriest.

last night on late night 2:10 a.m.
Jimmy Kimmel Reflects on Virtual Emmys: ‘We Set a Record. Let’s Just Say That.’ The record was for lowest ratings ever, but still.
halftime anytime 12:47 a.m.
The Killers Welcome Raiders to Vegas With Rooftop ‘Mr. Brightside’ What is this, 2003? You wish. You wish it was 2003.
overnights Yesterday at 10:55 p.m.
We Are Who We Are Recap: When I’m With You, I Feel So Unreal We circle back to last week’s episode, this time alongside Caitlin, who is clearly ready for a change both within and outside herself.
reruns Yesterday at 10:38 p.m.
Comedy Central Will Also Air Schitt’s Creek, So Now You Truly Have No Excuse Five episodes every Friday, which is almost as many as you would have binge-watched on your own.
overnights Yesterday at 10:30 p.m.
Below Deck: Mediterranean Recap: Good Golly, This Galley! Malia’s in a tough spot as both Tom’s girlfriend and Captain Sandy’s most devout follower.
overnights Yesterday at 10:30 p.m.
Canada’s Drag Race Season Finale Recap: What’s Her Name? Love Priyanka’s branding paying off from the get-go!
overnights Yesterday at 10:01 p.m.
The Third Day Recap: Have a Nice Trip Most people would think twice before dropping acid on a day they also flirted with death and madness, but Sam is not most people.
the zoom where it happens Yesterday at 9:02 p.m.
The One Where Gabrielle Union Hosts an All-Black Table Read of Friends With Sterling K. Brown and Ryan Bathe taking on the roles of Ross and Rachel.
cancellations Yesterday at 7:28 p.m.
Netflix Brings The Dark Crystal: Age of Resistance to An End After One Season This has Skeksis written all over it.
the law Yesterday at 5:28 p.m.
Bobby Shmurda Was Denied Parole He might be locked up until December 2021.
chat room Yesterday at 4:47 p.m.
The Love Fraud Creators Have Some Post-Finale Rick Scott Smith Updates for You Rachel Grady and Heidi Ewing discuss their docuseries’s finale and the con artist who tried to mansplain success while wearing a prison jumpsuit.
endings Yesterday at 4:20 p.m.
Let’s Talk About the Antebellum Twist This movie cares little for its characters, who are brutalized in the filmmakers’ pursuit of one thing: tricking the audience.
By Robert Daniels
trailer mix Yesterday at 3:29 p.m.
Coronavirus Won’t Stop Roulades in This New Great British Baking Show Trailer And a new presenter joins the team.
interview Yesterday at 3:18 p.m.
The Deftones Have (Almost) Found Balance Chino Moreno opens up about the band’s process, its diverse influences, and the legacy of nu metal.
overnights Yesterday at 2:18 p.m.
The Real Housewives of Potomac Recap: Not Buying It Ashley tells the ladies what’s going on with her marriage and Everyone. Has. Questions.
the industry Yesterday at 2:17 p.m.
The 2020 Emmy Awards Were the Least-Watched Ever And here’s why that’s not a surprise.
tiff 2020 Yesterday at 2:09 p.m.
Netflix Spent a Lot of Money at the Toronto International Film Festival Halle Berry’s new movie, a Shia LaBeouf–Vanessa Kirby drama, and the Zendaya-starring Malcolm & Marie are all headed to the streaming platform.
By Chris Lee
tv review Yesterday at 1:21 p.m.
The 2020 Emmys Paradox Normalcy was invited to this year’s Emmys, but its plus-one was a pervasive sense of abnormality.
musicians on their own music Yesterday at 1:00 p.m.
7 Key Elements of the A.G. Cook Sound, According to A.G. Cook The PC Music leader and creative director for Charli XCX steps out with two debut albums.
By Justin Curto
traditions Yesterday at 12:21 p.m.
It’s September 21, So Here’s a Demi Adejuyigbe Interview “It kind of feels like a prison I’ve built myself.”
By Bethy Squires
More Stories