This weekend’s Batman v Superman: Dawn of Justice will introduce audiences around the world to a theme that has captivated readers of comic books for more than seven decades: the often-tense friendship between America’s two most famous superheroes. There’s actually a rich literary history of Batman-and-Superman-related artifacts, and we weeded through them all to pick out the three best comic-book collections — plus a few honorable mentions — that’ll shed light on their fraught bro-ship for new readers, and which any serious fan must have in their library. 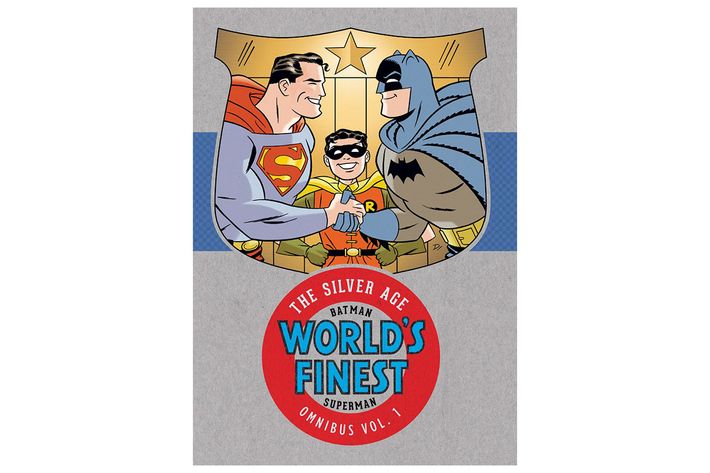 Batman & Superman in World’s Finest: The Silver Age Omnibus Vol. 1
If you want to understand the foundations of the Batman-Superman relationship, look no further than this hefty, gorgeously designed collection of old comics stories. Until recently, they could only be found by digging through dusty back-issue bins, meaning even longtime comics readers often weren’t exposed to them. Luckily, they’re now available in glossy pages that are pleasing to the eyes and fingers. These were the tales that started it all: yarns from the late 1950s and early ‘60s in which Batsy and Supes cheerfully fight alongside one another. Well, except for the times when wacky misunderstandings or a brief bout of mind control put them at loggerheads (but don’t worry, they always become buddies again by the next issue). If you love reading classic-era comics, this big book is well worth the price tag. 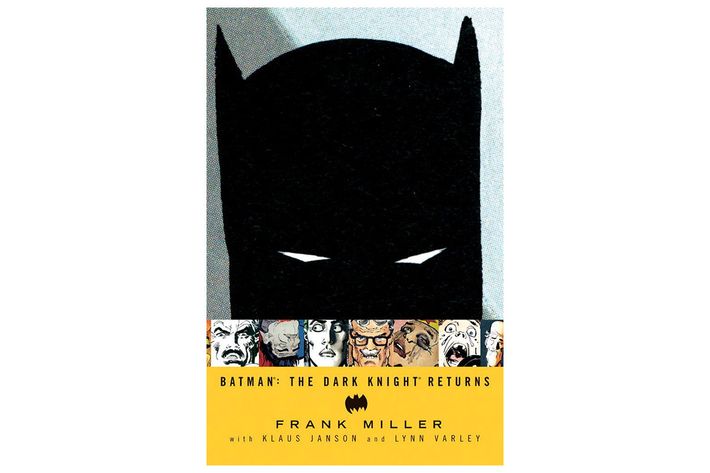 Batman: The Dark Knight Returns
This is a biggie. If you’re new to comics or trying to introduce someone to them, this has long been a go-to — and with good reason. It’s self-contained, easy to follow, and widely regarded as one of the best superhero stories ever told. In 1986, writer/artist Frank Miller created this grim, dystopian take on Batman. Its famous climax features a Reaganite Superman getting clobbered by a grizzled, Eastwood-esque Caped Crusader. The writing is terse and brutal, and the drawing is densely detailed and action-packed. Even if this weren’t a great Batman-Superman story, it would be a must-have for anyone interested in comics as art. 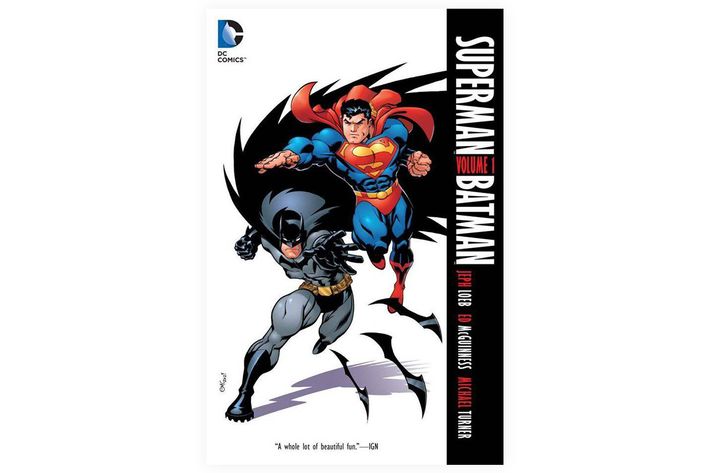 Superman/Batman Vol. 1
Many casual fans of superhero comics haven’t read this, and it’s a damn shame. If you want a collection of stories showing what makes the Batman-Superman relationship both tense and tender, you can’t do much better than this compilation of comics. They were beautifully penned by veteran superhero writer Jeph Loeb and evocatively illustrated by Ed McGuinness, Michael Turner, and Pat Lee. The action is exciting, but the internal monologues from the two characters are truly delightful, like when Superman surprises Batman by abruptly flying to a crime scene, leading the latter to think, “I hate it when he just appears like that,” and the former to think, “I have to admit, I love being able to do that to him.” 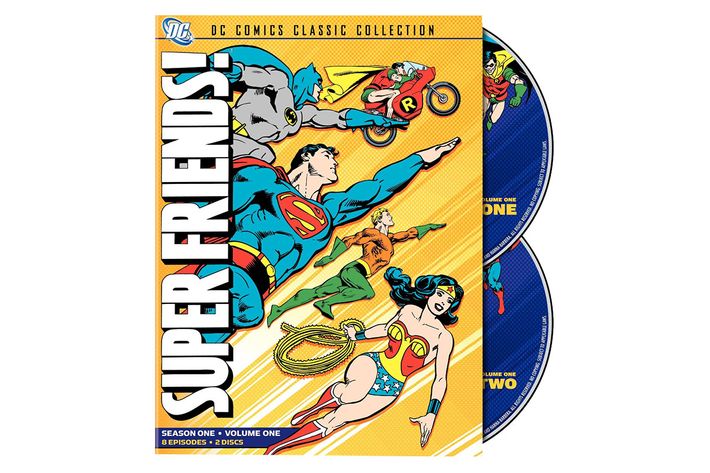 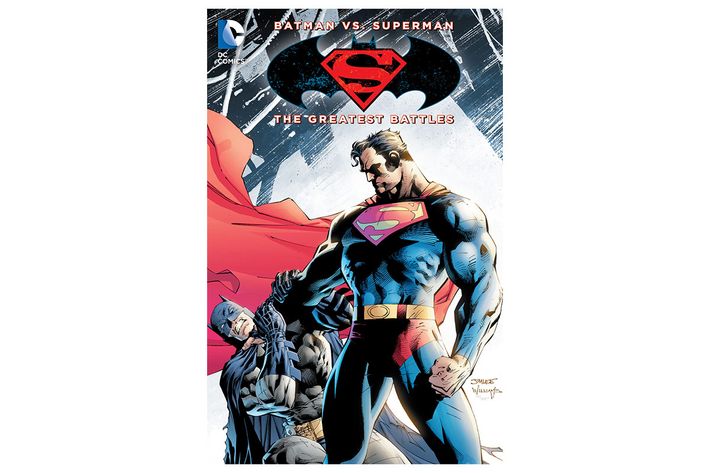 Batman vs. Superman: The Greatest Battles
You might just want to see some great Batman-Superman fights. If so, this collection of comics from throughout the heroes’ history will give you all the slam-bang punching you could ask for. 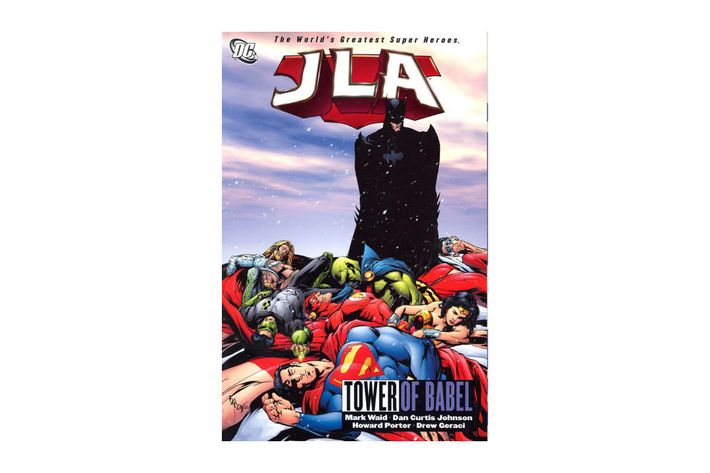 JLA: Tower of Babel
This one might be too esoteric for a newcomer to comics, but fans with a working knowledge of the DC Comics universe should definitely check out this exciting little story about what happens when it’s revealed that Batman has secretly had plans to take down his friends, most notably Superman. 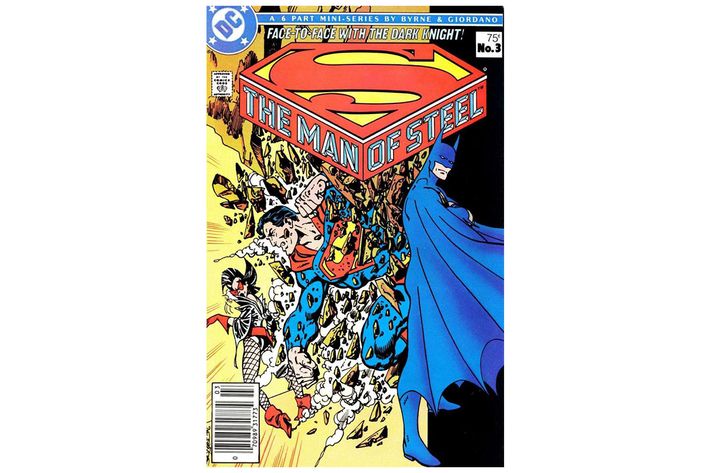 Man of Steel No. 3 vintage comic
For someone who just wants to dip his or her toe into the world (it also makes a fun, cheap gift): Published the same year as The Dark Knight Returns, this tale isn’t nearly as violent or epochal, but it’s a nice short story that reimagines the heroes’ first meeting. 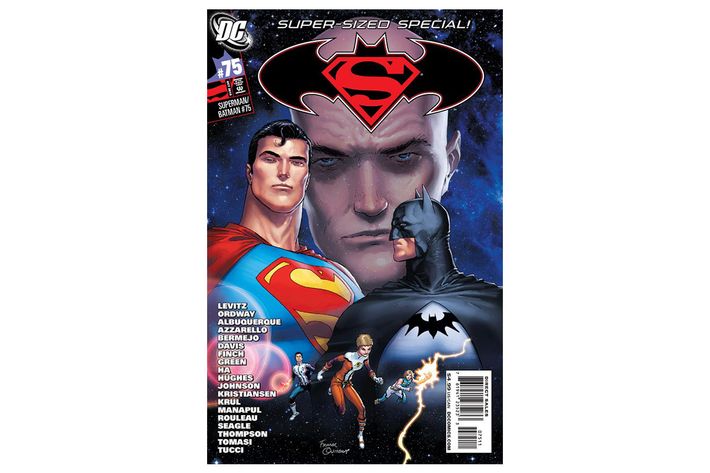 Batman and the Outsiders No. 1 vintage comic
This isn’t a legendary comic, but it’s worth it for the instructive and potent scene in which Batman quits the Superman-led Justice League because he and Superman have a deep philosophical disagreement over tactics. It’s an interesting read and one that even longtime superhero fans might be discovering for the first time.