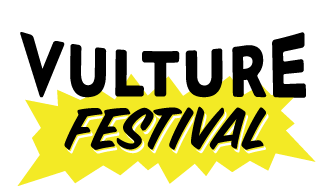 If there’s one thing comedian Jerrod Carmichael wants to do with his NBC sitcom, The Carmichael Show, and his comedy in general, it’s foster debate. Case in point: the Bill Cosby episode of his show, which succeeds, as The Carmichael Show often does, by defying the assumption that opinions are monoliths. Each character approaches the issue of whether or not to attend a Cosby stand-up show from a different angle, and the comedy emerges from that conflict. In “Fallen Heroes,” characters don’t necessarily suggest Cosby didn’t do it, but they do debate the tougher issue: whether that means they have to completely throw away what he and his show meant for them. Carmichael is not a Cosby apologist; he’s an apologist for the Cosby apologist begrudgingly lingering in our subconsciouses.

It’s a complicated issue, and Carmichael wants to keep it that way, allowing nothing to be a given — even the assumption that just because an interviewer wants to talk about something that the artist has to be game. Below is my interview about the episode, including the disagreement about me interviewing him about Cosby, just like Carmichael would’ve wanted it.

Jerrod Carmichael: [Continuing a conversation before recording] All of my friends refer to when they turn 23 as their Jordan year. None of them accomplished remotely what Michael Jordan accomplished at age 23 or with that number but it makes people feel good.

When I was a kid I couldn’t wait to be 23. It was arguably the worst of my adult years.
Really?

It wasn’t terrible but I definitely was at a low, professionally.
Yeah. I anticipate 30. I like 30 literally only from a business perspective. It lends itself to a certain level of legitimacy. It’s just like, alright, well you’re 30. It’s easier for the 60-year-olds in power to accept.

And then you’re no longer a young upstart.
The obsession with youth. They love, But did you know how young he is? Well, I’m not young.

I specifically want to talk to you about Bill Cosby as a comedian, as a young black comedian, as a comedian who met Bill Cosby.
But think about that — your immediate association, me being a young black comedian, has nothing to do with Bill Cosby. I think his work, if nothing else, transcended black comedy. So it really isn’t a race thing. We can make the O.J. argument of a black man being accused in America, but that’s all for journalism. Listen, that’s a horrible crime. I don’t care what race you are. I don’t care who you are. It’s a horrible crime regardless. So, let’s remove the race from it.

I bring it up because in the episode, you specifically have a character, and the first thing she reads on the Wikipedia page is, “Bill Cosby is the first African-American to star …”
That’s an accomplishment. But here’s the thing. If this episode were about Woody Allen, we would start talking about his early days as a writer. It would be a different list of accomplishments. I don’t like the contrived associations because it’s bigger. You know that. You know it’s bigger. If Bill Cosby were Hispanic, if Bill Cosby were an Eskimo, the accusations are as horrific. The fallout is the same thing.

He does have that bit where he talks about Spanish fly.
But none of the accusations talk about his jokes. The accusations are associated with a man in power abusing it.

I ask less because of him, and more because I want to know how it affects you. I did a list of the 100 jokes that shaped modern comedy that came out a month ago. Bill Cosby’s on that list. And interviewers asked me why we included Bill Cosby. I said you can remove him from your heart hypothetically, but you can’t just remove him from the history of comedy. As a comedian, how do you reconcile the fact that he influenced you because he influenced everyone who did comedy, and the fact that he also has these accusations against him?
Once again, as a person who enjoys music how do you reconcile listening to Michael Jackson? As a person who enjoys any art, anything — it’s the struggle of categorizing. How you reconcile an abusive father who provided? How do you reconcile an alcoholic mother who cooked dinner every night? You compartmentalize. That’s all you can do.

Can you talk about the genesis of the episode?
It was a thing that people talked about, and our show likes to talk about things that happen in the world, and conversations that people have.

What point of views did you hope were covered by the characters in it?
Evenly distributed. The point of view around a watercooler, where Nancy thinks it’s horrible and John thinks it’s fishy, and Mike thinks another thing. It’s a reflection.

I read that you talked to Judd Apatow beforehand. What were those conversations like?
Judd’s pretty clear on his stance, and he enjoyed the episode. Judd read it really literally right before shooting that episode and gave some really good notes. Having Nick Stoller [one of The Carmichael Show’s executive producers] there is also incredibly helpful, having Mike Scully and these great minds on it.

There’s a skepticism to your comedy. Was there a debate in the writer’s room about how to approach an issue like this that you know could easily be taken wrong by people?
Yeah, you trust your intention. As far as approach, there was debate. With any topic that we choose to cover on the show, the beauty of the writers’ room is that we know if we are arguing then we have something good on our hands. We have something that could be a great episode.

There’s a divide in the episode in how the female characters react to this and how the male characters do. What was the tension there?
Everyone in the room is open about their opinion, open about how they feel, not afraid of an argument. That’s how I chose all the writers: People that don’t shy away from an argument. We all got to have a human conversation on it. This is a horrific situation where nobody wins. Everybody loses. With that understanding, it’s still within whatever we’re talking about. If you notice with the episode, it’s about yourself more than it’s about that. It’s about you and how you process and how you compartmentalize and what to do with it. We don’t go into details — that’s not our job. Our job is to reflect the people talking about it.

That’s what makes the episode work. Through the characters you allow a person watching it to indulge certain points of view that they might not have anyway. They might disagree with it, but you’re still allowing those point of views to be aired and not necessarily vilified. What was interesting is how this worked into the material you already did on your HBO special, Love at the Store, about talent being more important than morals; however, here, it came from different points of view. In what ways do you feel like the show is a better articulation of your comedic view than stand-up is?
It’s a complete argument. By nature of being one guy on a stage, you get one perspective a lot of times within a bit. The show allows for everyone to have a bit of my stand-up. It’s sprinkled throughout the characters because it’s a constant argument and it’s all for the sake of exploration. It’s all for analyzing any topic from all sides. I get to argue one thing onstage from one side and now it’s all angles and responses, and it’s rich. It’s a rich argument.

This interview has been condensed and edited.