Movies aren’t alone in utilizing bleeding-edge technology to provide the illusion of seamless, spotless entertainment. Whizzes from the worlds of music and theater have developed their own tricks too, as outlined here. 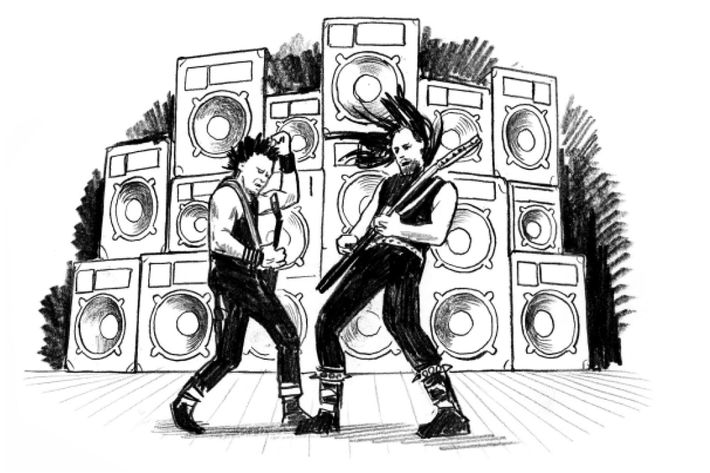 Fake Amplifiers
In 2013, as they were performing on the annual summer music festival Warped Tour, hard-rock band Black Veil Brides got busted for using amplifiers that weren’t even plugged in (and also devoid of any sound-producing hardware). It’s a common trick artists use to physically fill out stages and also look sonically impressive, even though a low-watt miked-up amp can, when routed through a venue’s PA system, provide ample volume.

How Hollywood Gives Actors Plastic Surgery With a Mouse Click

Live Pitch Correction
Many artists will rely on Auto-Tune and other pitch-correction tools in the studio, but the technology has advanced enough where singers can use it in concert, too. There’s now Auto-Tune Live, which can sense and instantly correct any missed notes so subtly that only the most well-trained ears will ever realize the vocals were initially off-key. 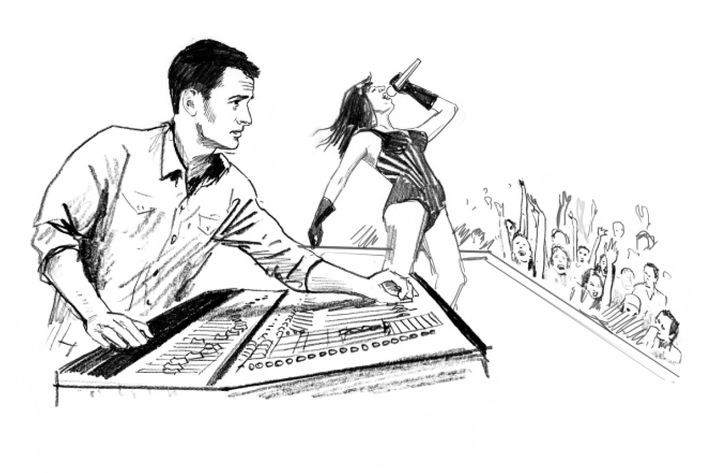 Guide Vocals
On a night when a performer isn’t feeling well or during sections of a concert that are physically taxing, a singer can rely on what’s called “guide vocals.” At predetermined moments, an engineer controlling the concert’s audio can smoothly mix down the artist’s live singing and mix up a prerecorded vocal performance. “I had a male singer who recorded a couple of high choruses ahead of time for when he got sick,” says one music director. “He would ghost along when it was time for the power notes.”

Backing Instrumental Tracks
When you listen to a heavily produced pop song, you’re hearing dozens of individually recorded tracks from the studio that were mixed together to create one larger piece of audio. Those sounds are often impractical to replicate in concert, so artists will play those prerecorded tracks layered on top of their live music. When it’s done subtly, you probably won’t realize that your favorite group is merely playing over their own album. “There might be a song that has six or seven keyboard parts during the chorus,” says one prominent music director. “With two hands, you’re only going to be able to do so much, so you have to pick and choose which specific part will be performed live.”

In-Ear Cues
While in-ear monitors are primarily utilized so the artist can hear a proper mix while performing, they’re also helpful for getting onstage cues. One high-level sound engineer says, “If the artist is singing a new song and it seems like they’re having a problem remembering the lyrics, I’ll pop the prerecorded vocal track in their ear as a reminder.” A producer also explains that some clients even like to be given reminders for dance moves: “Sometimes there’s the choreographer saying, ‘Five, six, seven, eight, hair whip!, five, six, seven, eight.’” 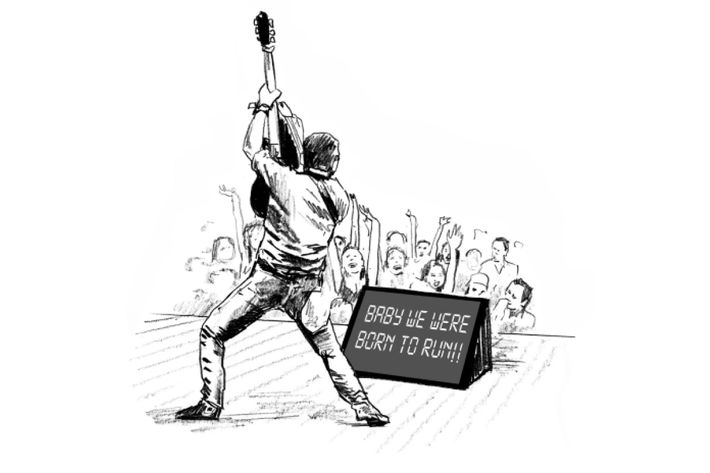 Teleprompters
“Pretty much any show you go to see now,” says Kristopher Pooley, a music director, “there’s an onstage teleprompter with lyrics.” Some artists will even have their prompters tell them when to indulge in a bit of stage banter. After Bruce Springsteen caught flak for having one, E Street guitarist Nils Lofgren wrote to the Washington Post to say that his boss only used it to honor fan requests for rarely performed deep cuts, the lyrics to which the band’s technicians could quickly cue up. 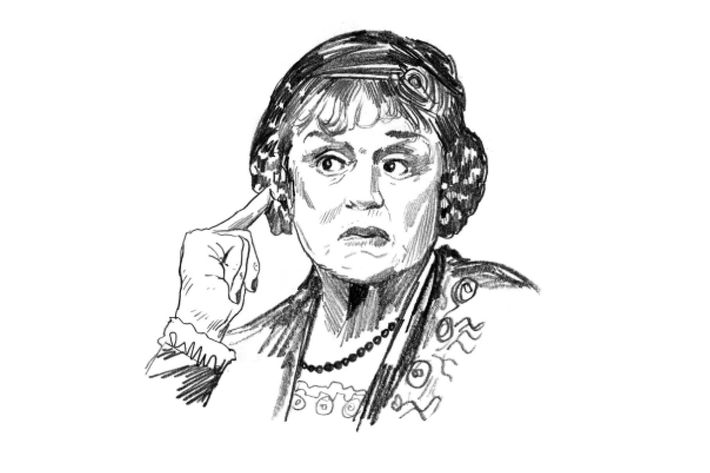 Line Feeding
Ever since Angela Lansbury copped to wearing one under a kooky wig in 2009’s Blithe Spirit, a handful of actors have been caught with line-feeding earpieces. James Earl Jones and Cicely Tyson used them in 2015’s The Gin Game revival and a source confirms that 60-year-old Bruce Willis used one in early performances of Misery. Today’s models are wireless and as small as a cutting-edge hearing aid. But it’s “not like someone prompting the entire script into their ear,” says a publicist. Instead, a human prompter stands offstage nearby with a script, wearing a headset and watching a monitor, ready to talk directly to the actor at the slightest break in his or her rhythm. 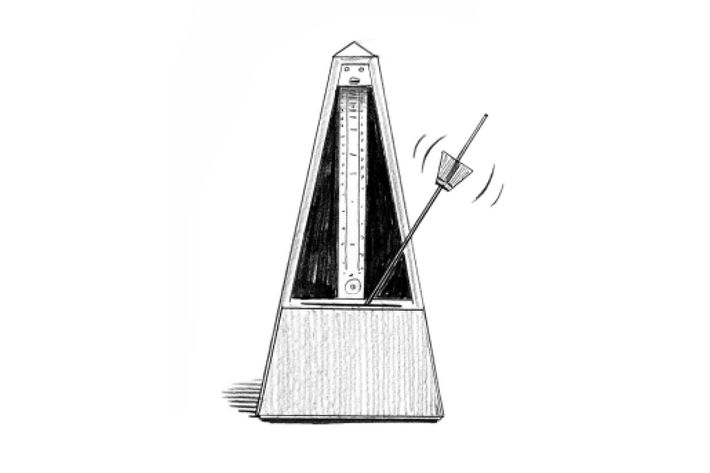 Click Tracks
Complex theatrical moments tied to rhythm — like a recent war sequence in Allegiance involving choreography, gunfire, and a separate prerecorded drum track — require precise timing across departments. So a click track — a steady metronome beat set off by the conductor, cued to the musicians in the pit, and heard via earphones by the rest of the relevant team in the theater — is used to keep everyone together. “Without the click, the sequence of events would never come together the same way twice,” says Allegiance music supervisor and orchestrator Lynne Shankel. 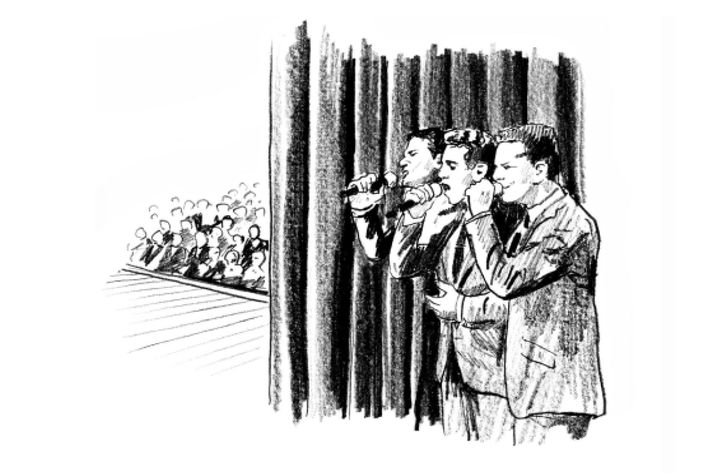 Hidden Singers
To replicate the lush sound of an original recording, jukebox musicals like Jersey Boys and Rock of Ages will set up booths backstage where ensemble members, hidden from view, sing into mikes and thus beef up the sound without crowding the stage.

Wolf-Tone Eliminators
Even cello virtuosi need help sometimes. Every cello is made from a different piece of wood and thus vibrates at a different frequency. When certain frequencies are hit, a muddy “wolf tone” is produced. “When the pitch isn’t pure, it’ll sound like I’m not in tune with the person next to me,” says Philharmonic cellist Eric Bartlett. A solution: wolf-tone eliminators, tiny cylinders mounted via magnet to the inside of the cello that create a sympathetic resonance to counteract the stray sound.

*A version of this article appears in the April 4, 2016 issue of New York Magazine.