You can always count on brands to out-corny even Drake. Naturally, someone at the Cheesecake Factory caught wind that a certain swole rapper prefers to spend his cheat meals at their establishment, as we learned on Views. He gave the restaurant a shout-out on “Child’s Play,” explaining just how much his quality time at there means to him: “Why you gotta fight with me at Cheesecake / You know I love to go there / Say I’m actin’ lightskin, I can’t take you nowhere / This a place for families that drive Camrys and go to Disney / They don’t need to know all of our business.” As is corporate social-media code, the Cheesecake Factory had to respond. (Remember what happened to Red Lobster when they took too long?) Don’t worry, it only took them the whole day to come up with their very own spin on the Views meme:

It’s hard to tell, but we think that helicopter is airlifting an entire box of cheesecake to Drake, or maybe it’s just one of their giant menus. Either way, it’s way too big for mini Drake, which means someone at the Cheesecake Factory really didn’t think this meme through. Now mini Drake hanging out on a cheesecake, that’s a winner. You’re welcome: 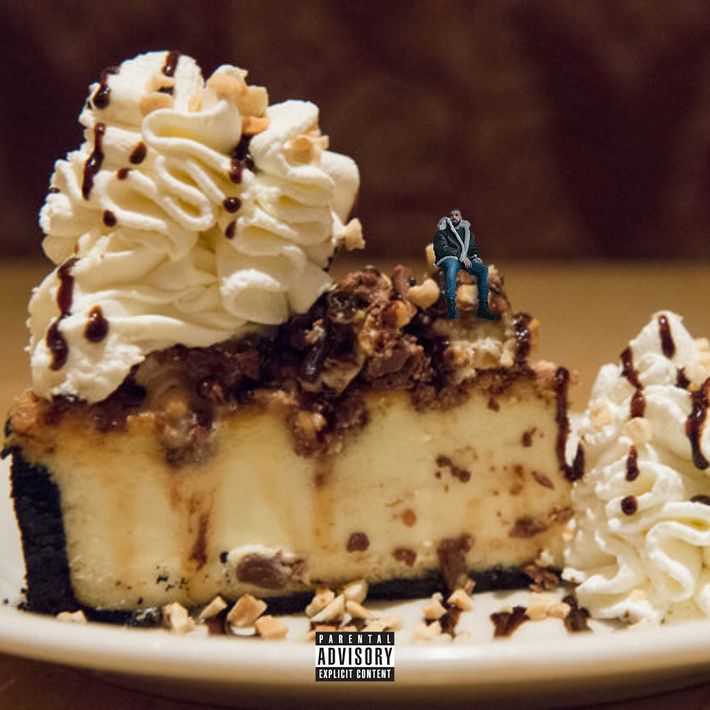