The hoodies of Silicon Valley.

Christina Mongini, the costume designer for HBO’s brilliant tech-bro farce Silicon Valley, is frequently asked about the hoodies worn by the show’s stars: Namely, where are they from? And where can I get one? Mongini and her crew have remained tight-lipped on the subject, insisting on an almost omertàlike code of silence.

On a recent Friday afternoon, on the phone from a Los Angeles gas station, Mongini squirreled around the topic: “To me, it’s not really about the brand of hoodie,” she says, “it’s that I’m going for a cut, and the feeling that the character has had it for a long time.” For the show’s main character, Richard, she says, “his hoodie is kind of part of him — not to get too serious about it, but it’s almost like his second skin, in a way. It’s something that’s comforting to him.” When sniffing out a good hoodie, she avoids big bulky ones, not only because they look less comfortable and lived-in, but, she says, “a bulky hoodie can end up taking over a whole scene; I never want the clothing to detract from the scene or a setting.” All she’ll say on the subject of hoodie provenance is that she’ll occasionally get them at rental houses in L.A., and if she sees one at a thrift shop that has that right colorway or feel, she might buy it.

Okay, okay, but forget the show for a second: if she were just talking to a friend in the market for a hoodie, what kind would she suggest they buy? While she insists that she’s not endorsing them in any official capacity, nor saying definitively that she does or does not use them on the show, she will say that Alternative Apparel makes a nice hoodie. “They do them in a thin soft weight, and they’re thin-cut, so they don’t feel big or bulky or awkward, and they’ve got the cut down so it hugs the body in a nice way.”

And if you’re wondering, the company’s Rocky Hoodie starts at $20 on Amazon. (For more fanatical types, there’s always this Pied Piper option.) 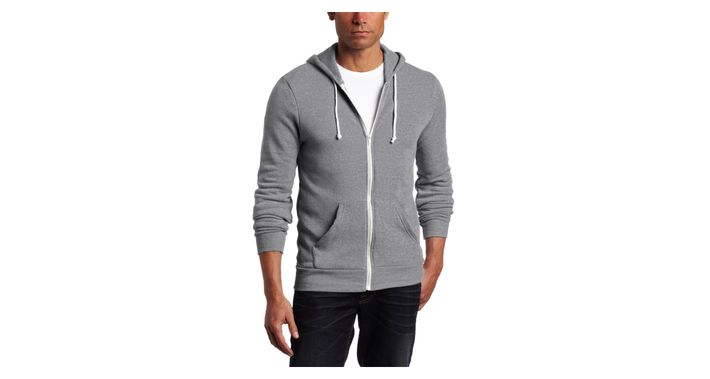