I’m not the worst president — but who is? Photo: Courtesy of HBO

On HBO’s gleefully acidic political comedy Veep, President Meyer is still relatively new to the Oval Office, but she’s been there plenty long enough to warrant comparison with some of her real-life predecessors — and current hopefuls.

David Mandel: Selina, to me, represents both candidates. She’s as much Trump as Hillary.
Julia Louis-Dreyfus: It’s bizarre how prescient the show has become.
DM: Are we bringing it to life with some sort of wicked chant?
JLD: I sure as shit hope not. 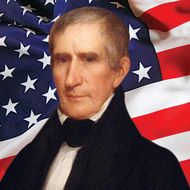 DM: Harrison got sick because he didn’t wear a coat at his inauguration speech. Gary would never let that happen!
JLD: And it would be chic, and she would not get pneumonia. End of story.
DM: Although if it was a very light chic coat, she might’ve.
JLD: If it was a sheared mink.
DM: Would she pick chic over warmth?
JLD: She might pick chic, and that’s the Achilles’ heel.
DM: The good thing is she didn’t have a formal January inauguration. She could’ve died in the name of fashion.
JLD: That could be in her future.
DM: That is still on the table, but she already outpaced Harrison — 32 days in office.
JLD: Right, that’s all he’s got: his death! 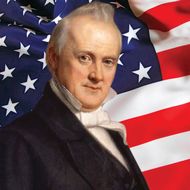 DM: Buchanan all but caused the Civil War.
JLD: You can’t eclipse starting the Civil War. Selina hasn’t started a war outside the borders, either.
DM: Not yet.
JLD: Not yet. I would say she’s hawkish, but she’s restrained hawkish.
DM: Have you heard the rumors about Buchanan?
JLD: Mrs. James Buchanan.
DM: Yeah, he had a good buddy who was referred to as Mrs. James Buchanan. Historians think he was possibly the first gay president. Also, when we talk about earlier presidents, we have to talk about slavery. People forget how many of them owned slaves.
JLD: Selina does not own slaves. Unless Gary falls into that category.
DM: Gary is borderline, but technically there aren’t any ownership papers.
JLD: And he’s paid. We think. 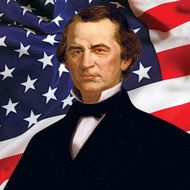 DM: Johnson, you know, erased the progress of the Civil War. So far, Selina has not done that. And he was basically impeached by the Republicans. Selina: never impeached.
JLD: And you don’t want to follow Lincoln!
DM: You want to follow Johnson. Follow him. Follow Harrison. Follow any of the guys we’re talking about. Don’t follow Lincoln. It sort of reminds me of the White House Correspondents’ Dinner for the last eight years: You don’t want to follow Obama. He gets up there and does a killer number, and then the comedian is supposed to go.
JLD: Oh, Obama owns it.
DM: It’s such a smart, biting wit.
JLD: Selina would bomb at the White House Correspondents’ Dinner.
DM: Especially with Mike writing her jokes. She would be in real trouble there. Although I don’t think bombing at the White House Correspondents’ Dinner should be part of the criteria for a list of the worst presidents. 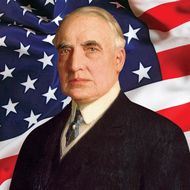 JLD: Harding and Selina have similar sexual drives — they’re quite voracious. That said, Harding fucked some poor young woman in a closet.
DM: Selina used a closet in her seduction of Charlie Baird.
JLD: But she had the good manners to take him upstairs to the residence to do the deed. She didn’t do it in a closet up against the mop bucket.
DM: The other thing about Harding, and I admit I only know this from Boardwalk Empire, is that his administration was really corrupt. I don’t think Selina’s people are enough on the ball to steal money.
JLD: If they did, it would be inadvertently. Write that down. That sounds like a story line.
DM: All right, your job’s done! We’ve got season six! 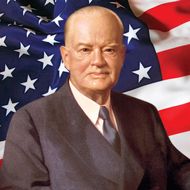 DM: Hoover: the Great Depression.
JLD: By the way, Selina avoided a monster economic crisis. Oh, wait. Has that aired?
DM: I think it will by the time this comes out.
JLD: Sorry.
DM: We get lost. But I would say the worst it got under Selina’s administration would’ve been — a medium depression? A smallish depression?
JLD: A depression we can live with day-to-day.
DM: The kind of depression where you still get up and go to work. It’s manageable with proper medication.
JLD: You’re just a little bit more sad. 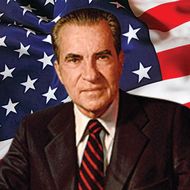 DM: There are a lot of similarities between Nixon and Selina. I’m not talking about the crime part, but Nixon was a guy who just wanted the presidency above everything else.
JLD: Nixon had the secretary, Rose Mary, who was devoted enough to put herself on the line and erase 18 minutes of that tape. Selina is similarly surrounded by devotees.
DM: Gary would eat 18 minutes of tape. Literally eat it if he had to.
JLD: And Mike would inadvertently erase it. 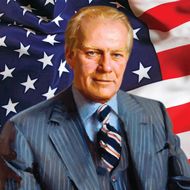 JLD: He did the pardoning of Nixon, which is his legacy.
DM: And it’s probably good that he did it.
JLD: I’m not sure I’m going to agree with you on that one.
DM: I do think it might not have been a great thing for America to have —
JLD: That shit to deal with?
DM: But you know, Selina’s a likable person; that likability would keep her around No. 12 or 13 on a list of worst presidents, not in the top ten.
JLD: Which is a good thing for a comedy show.

trailer mix 11 mins ago
Julianne Moore Is Spooky on Main(e) in Lisey’s Story Trailer “Was it real or was it my imagination?”
fruit ninja 12:04 p.m.
A Celebration of Jean Smart’s Sad-Funny Work on Mare of Easttown Helen Fahey just wants to play Fruit Ninja in peace.
quar goss 11:59 a.m.
Jennifer Lopez and Ben Affleck Went to Montana Alone for a Week, As Exes Do TMZ reported Affleck first reached out in February — and E! News says A-Rod is still reaching out too.
hot pod 11:40 a.m.
How NPR’s Invisibilia Reinvented Itself Plus, Clubhouse finally comes to Android.
reality tv 11:23 a.m.
Below Deck Sailing Yacht’s Boat Crash Was Worse Than All Those Clips Looked Both crashes, that is.
degrassi: where are they now? 11:02 a.m.
Drake to Receive Billboard’s Artist of the Decade Award at the 2021 BBMAs He beat out Taylor Swift, Rihanna, and more.
golden years 11:00 a.m.
An Ode to A Knight’s Tale and Its Perfect David Bowie Dance Scene Twenty years ago, A Knight’s Tale became a cultural phenomenon, thanks to the magical combination of Heath Ledger and a medieval disco.
By Ashley Spencer
trailer mix 10:33 a.m.
Matt Damon Brings Bass Pro Shop Energy to France in the Stillwater Trailer He needs to get his daughter out of jail.
trailer mix 10:05 a.m.
Dev Patel Is Axe Daddy in The Green Knight Trailer This one’s for the horny nerds.
movie review 10:00 a.m.
Army of the Dead Is a Tale of Two Zack Snyders His Netflix Vegas-heist movie set during a zombie apocalypse, starring Dave Bautista, starts off great, but the fun doesn’t last.
my single is dropping 9:52 a.m.
Sleater-Kinney Is Back As a Duo With a New Album Carrie Brownstein and Corin Tucker released lead single “Worry With You” off their self-produced album.
broadway 8:37 a.m.
Hamilton, The Lion King, and Wicked Will Return to Broadway September 14 It’s the circle of, wait for it, aaaaAAAaah.
movie magic 8:00 a.m.
How to Un-Cast an Actor When an Army of the Dead star got called out, director Zack Snyder decided to scrub him from every scene — and swap in Tig Notaro.
last night on late night 2:31 a.m.
Billie Eilish Brings ‘Your Power’ to the Desert for The Late Show Try not to forget your sunscreen.
future nostalgia Yesterday at 11:51 p.m.
Kevin Smith Wants to Remind Everyone He Coined ‘Bennifer’ the First Time Around Do the children know about Jersey Girl?
cancellations Yesterday at 10:26 p.m.
Fox Tells Prodigal Son to Hit the Road After Two Seasons Having taught America an important lesson: Never trust a serial killer, even if he’s your dad.
tv Yesterday at 8:43 p.m.
Eliza Coupe, Ginnifer Goodwin, and Maggie Q Are Pivoting to Fox Pivot!
casting call Yesterday at 7:23 p.m.
Reinforce Your Cable Knits: Dave Bautista Has Joined Rian Johnson’s Knives Out 2 Netflix also purchased Knives Out 3 in March, so fingers crossed his character makes it to the threequel.
theater review Yesterday at 5:51 p.m.
In Taxilandia, the Front Seat Is Stage, the Back Seat an Audience And the partition is the proscenium arch.
comedy review Yesterday at 5:27 p.m.
That Damn Michael Che Has a Good Heart. But … The sketch-comedy show is fun when it’s not second-guessing and overthinking itself into a liberal fog.
By Craig Jenkins
More Stories