“What’s the last thing you bought online?” is a so-mundane-it’s-actually-interesting question. Which is why we’ve been repeatedly posing it to notable people we’ve encountered. This week we learned that Ric Ocasek bought some Alan Vega albums and Dan Abrams ordered a lot of tennis balls. 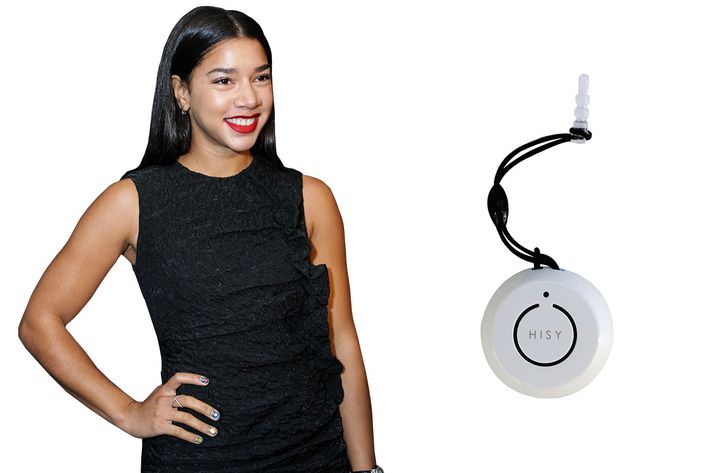 Hannah Bronfman
“I just bought a bluetooth remote for Snapchat on Amazon Prime. I have a small tripod for my cell phone, so I can set it up over there, and then I can set my bluetooth over here, and it will snap me.” 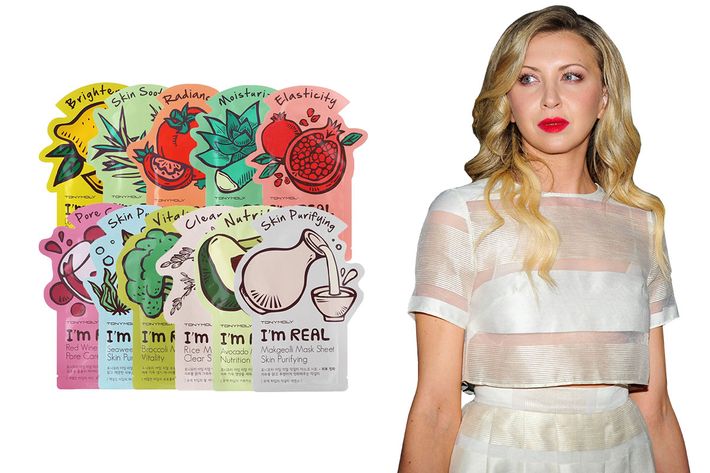 Nina Arianda
“I bought a face mask. I’m new to actually buying from Amazon. I just realized how easy it is.” 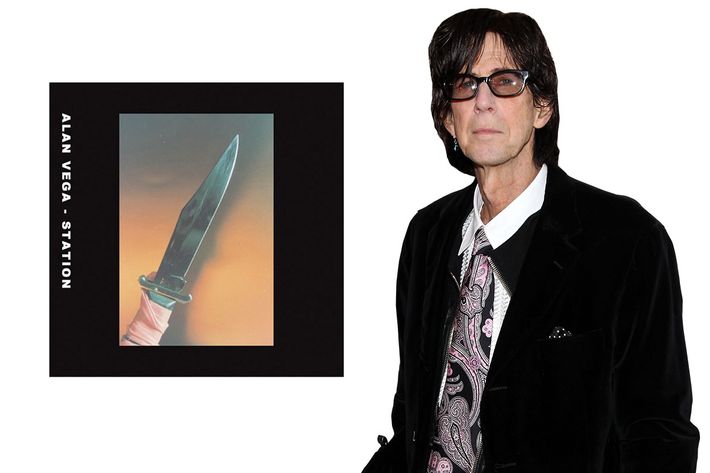 Ric Ocasek
“Recently I bought a whole bunch of Alan Vega albums, because he’s my dear friend, and he just died. I hate to say that, but anyway, I bought a lot of his music.” 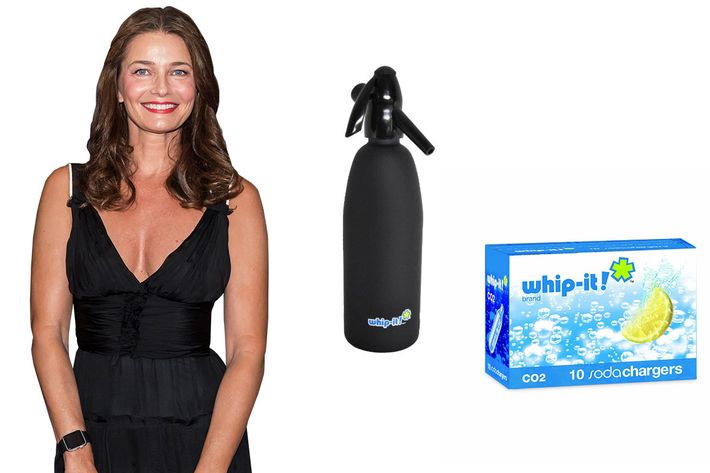 Paulina Porizkova
“I bought a Whip It bottle. It’s like these bottles, and you put a little cartridge into it, and you can whip cream or make a soda. Fantastic.” 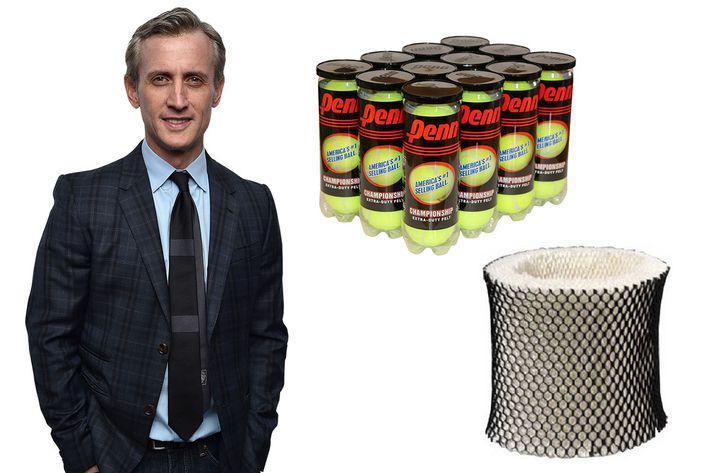 Dan Abrams
“I bought a case of tennis balls, and I bought a humidifier filter for my humidifier, because my apartment gets very dry.” 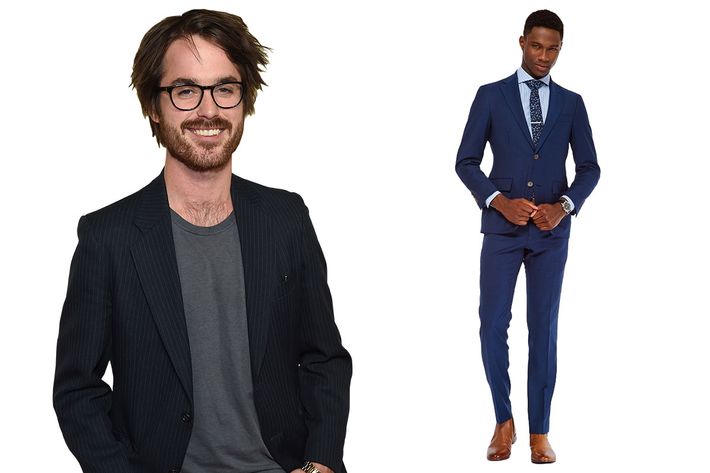 Thomas Matthews
“I bought a blue suit for a wedding on Indochino. I’m going to be the best man, so I have to match with the groomsmen and all of that. I had to figure out how to do the measurements today. I had to do the inseam and stuff all on my own, and they were like, ‘There is no way your waist is that size and your chest is that size!’”

Reporting by Bennett Marcus at the Florence Foster Jennings premiere and by Katie Van Syckle at the Anthropoid premiere and War Dogs screening.

The Strategist is a series of smart, obsessive shopping guides from the New York Magazine section of the same name. We’ve scoured the web to bring you the best of the best. Some of our latest conquests include rolling luggage, water bottles, umbrellas, beach tents, iced coffee, nail clippers, and yoga mats. If you buy something through our links, we may earn an affiliate commission. Please note that all prices are subject to change.

let's go party 29 mins ago
Greta Gerwig’s Barbie World Keeps Getting Bigger Ken we talk about Ryan Gosling for a sec?
boston voice: wicked! 5:49 p.m.
Thank Goodness, the Wicked Movies Are on the Way What is this feeling? Oh, yeah, excitement.
alien superstar 4:52 p.m.
Avatar 2 Will Show Us the Way of the Weeknd His song for The Way of Water soundtrack drops December 15.
news from shondaland 3:29 p.m.
Grey’s Anatomy Scammer Elisabeth Finch Wants to Write on Handmaid’s Tale Next After admitting she “never had any form of cancer.”
buzz! buzz! 3:04 p.m.
It’s Almost Yellowjackets Season Citizen detectives, there’ll be a break in the case on March 24.
1.5x speed 2:17 p.m.
Bad Men, Weird L.A., and 8 More Podcasts Worth Checking Out Welcome to the Night Vale team’s latest world.
dolls kill 2:09 p.m.
Robot Renesmee Hits Some Choreo in M3gan Bolstered by her viral success, M3gan is coming for your necks, your wigs, and an innocent old woman.
gma3 goss: what you need to know 2:08 p.m.
Every Detail of T.J. Holmes and Amy Robach’s GMA3 Drama in Chronological Order There has been an embarrassment (and we do mean that word) of detail.
sundance 2023 1:01 p.m.
Cat Person Has a Date at Sundance Film Festival 2023 As part of the lineup for the in-person and online programs.
real boys 1:00 p.m.
Pinocchios, Ranked What is it about this little wooden boy that’s resonated for 150 years?
my single is dropping 12:23 p.m.
Did You Know That There’s a Lana Del Rey Album Coming Next March? Did you know that there’s a tunnel under Ocean Blvd features Bleachers, Father John Misty, and her pastor.
vulture 10x10 12:08 p.m.
The Memory Puzzle 9-Across, Nine Letters: Clarice Starling and Gracie Hart.
best of 2022 11:30 a.m.
The Best Songs of 2022 This year’s music provided a fleeting and desperately needed moment of salvation.
broadway bye-byes 11:26 a.m.
KPOP to Close on Broadway Two Weeks After Opening The final performance will feature a panel on AAPI representation on Broadway.
snl 11:03 a.m.
Jerry Minor’s Ride From Flint to Mr. Show, SNL, and Beyond The actor and comedian reflects on his very long and very busy comedy career.
By Andy Hoglund
pcas 2022 11:00 a.m.
Shania Twain’s People’s Choice Awards Medley Did Impress Us Much With ample sparkles, cowgirl dancers, and a jab at Ryan Reynolds.
remembrance 10:52 a.m.
Bob McGrath Set the Example For 47 years, the Sesame Street actor radiated the warmth and acceptance many young viewers would’ve never received otherwise.
By Matt Zoller Seitz
best of 2022 9:00 a.m.
The Best Albums of 2022 The question of how to find peace hung heavily over the year’s most impactful records.
By Craig Jenkins
come collect 8:00 a.m.
A 2022 DVD Gift Guide for Movie Lovers Criterion 4K releases, Top Gun: Maverick, Yellowstone’s big box set, and more.
doing the work 1:36 a.m.
Lizzo Brings 17 Activists Onstage at the People’s Choice Awards Proving with her acceptance speech exactly why she was named People’s Champion.
More Stories