Stand-ups Hari Kondabolu and W. Kamau Bell are messengers from our pluralistic future. Both are thoughtful humanists who find funny ways to explore political and social issues — race, racism, sex, gender — before detouring into silly rants about modern art or Tyler Perry. Given their intellectual rigor, the overlap of their obsessions, and the inclusiveness of their acts, it follows that Kondabolu and Bell were mutual admirers before they became friends. Bell hired Kondabolu for his first big writing gig, on Bell’s Totally Biased With W. Kamau Bell; since then, their collaboration has only deepened. Kondabolu went on tour with Bell’s “Laughter Against the Machine” tour and the two recently began recording an issue-based podcast, Politically Re-Active. With the release of Kondabolu’s second album, Mainstream American Comic, he and Bell talked about their admiration for one another, the pyramid scheme they see in modern comedy, and what’s it’s like to be the only one with melanin in a room full of white TV execs.

So Hari, you have a new album coming out called Mainstream American Comic. Why would you title it that?
That is a great question, Kamau. Several reasons. I want my comedy to be mainstream. Not only for the financial benefits and the health insurance, but also the issues I’m talking about, whether it’s racism or homophobia or sexism, those should all be part of mainstream America and are being left out of the discussion. I don’t want social justice to be seen as a niche thing. Also, I like the idea that if someone types in “mainstream America,” that my album cover will pop up, which is me in a USA jacket, unzipping it so you can see my chest hair.

The cover of your album is so funny to me, because you’re the kind of person who likes to wear a hoodie over a sweater.
Correct.

So the idea that you are unzipping your jacket to expose your chest hair, and the fact that you are really putting on the come-hither look, à la American Apparel …
I knew some people were going to find it sexy, and some people were going to find it hilarious. For me, part of it was body image. I grew up where handsome meant white. And if you were a person of color, it was going to be hard for you to feel attractive. Things are changing, and I wanted to be a part of that. I think I’m handsome. I like my hair and there’s nothing wrong with my chest hair. I’m a South Indian man; let me put that out there! If I can show that confidence, something I never would have imagined myself doing a couple of years ago, then maybe there’s other people who feel better about themselves.

I also know — because we’re connected and people know that we work together — you’re claiming a space other people have already claimed for you. There are a lot of people who think you are sexy. Way more than I ever would have guessed.
[Laughs.] It raised my confidence a bit, to be honest with you. The idea that, like, “It’s about time I got objectified,” and not just by white women who are excited that my parents are from India. Also, for a while there, I kept getting people who said they were attracted to me, but that they were sapiosexual. I looked it up and it meant that they were attracted to my brain. I did not like that at all.

“If I could get your brain inside of Brad Pitt’s body, we might have something.”
The last two girlfriends that I had have both encouraged me to lose weight and go to the gym and eat healthier. And part of me is like, Oh, they’re worried that I’m going to die! And then the other part of me is like, They like my brain. It’s everything else where they’re like, “We’ve got to work on this.”

There have been several times after shows where women have approached you in a way to say, like, “And now what happens, Mr. Associate Professor?”
I’m normally like, “Well, I’m going to go back to my hotel and watch Law & Order alone, thank you.”

I’ve known you for a long time, and I’ve seen you go from a guy I had to badger to put out a comedy CD to being a guy who released a second one in what, two years?
You’re the reason that I’ve done most of the public things I’ve done. When we met, I didn’t have the confidence to think that enough people would want to hear this. You were encouraging me to do it, and I finally released the first record. Then when I recorded [Waiting for 2042], I wanted to go with the second recording, because the first recording sounded like a rally. People were yelling and screaming and losing their minds. You were the one to convince me that was the one to put out, because no comedy record’s going to sound like that. You were the one to tell me to try to get myself a TV show, and I started pitching ideas and got myself a TV pilot. You were the one that said we should start doing a podcast together and we did. There are a lot of things where I just followed your lead.

For me, it was finding somebody who was like-minded, but who wasn’t coming from the exact same place. Our culture and history and what side of the country we grew up on are so different, it’s being processed in a different way.
A lot of my early stuff is kind of academic, argumentative, aggressive. Hearing you talking about your older daughter, the experiences you had being a father of a biracial child, how that fit into the really harsh material that you would do. I kept thinking, “What am I doing? I have a life, and I don’t talk about it.” Sometimes, I can’t imagine myself still doing stand-up without it.

If I can put it in Biblical terms, I’m like John the Baptist to your Jesus Christ.
I’m going to look that up later to understand what that means. Is it a Batman and Robin kind of thing?

No. I’m trying to put it in a Weezer kind of way, but I don’t know Weezer well enough to make that happen.
[Laughs.] How strange is it that it took us this long to do a podcast? I knew we’d do well, but this is ridiculous.

It’s funny to me how, when it started to do well, I started to get texts from you that were like, “I can’t believe people listen to this shit!” It’s like, “I’ve never experienced success before.”
I thought it would be a slow build, kind of the way our careers have gone, but all of a sudden, it’s like, Holy shit. People are in love with this podcast. I guess that is rare to talk about what we’re talking about and still smile at moments, during difficult things. That’s a big part of what both of us do. And you, especially, you’re about getting other people’s voices out there. Before you even did a solo show, you were teaching classes to people about how to do a solo show.

Some people call that a pyramid scheme.
Successful comedy is just a pyramid scheme. Totally Biased, you let your writers be on air. I’ll tell you this right now: If that was me, no one else is going on air. No fucking way. Every time people complained about the amount of work, I was like, “Be glad I’m not the guy. First, I would fire half of you. Second, you wouldn’t be on air, ever.”

Sometimes I think, Why am I not more selfish? Not to say I’m not selfish. If we were to open the Pandora’s box of Totally Biased, I don’t come out looking like the perfect white dove. There are a lot of ghosts in the machine. [Whispering.] He means white people.
Ghosts in the machine! That’s what we’ll call white people from now on. The other thing I think we share is a responsibility to more people than just us. When Totally Biased began, you hired a bunch of people of color. I’m not just talking about a diverse writing staff — which we had — our space was diverse: Racially diverse, diverse in terms of sexuality, gender. It’s wonderful, but it depresses me that it takes a person of color to hire other people of color. Whenever white comics say, “It’s easier because you’re a person of color,” they have no idea. They never have to think, “Well, I’d better hire some white people or these white people are never going to get work.”

The other part of that, too, is that with United Shades of America, the first season, I wasn’t involved with any of the hiring. I’m looking around the office, in some of the early meetings, I was like, “Not only am I the only black person in this room, I’m the only person of color in this room.” There would be times when we were talking about some issue and I felt like I had to hold the weight of my opinion and the opinion of everybody of color. [United Shades] is some of the best work I’ve done, but I’m very aware that I can’t go forward in my life and act like that’s okay. People think the power is on camera; the power is behind the camera. We’re doing season two, and I’m very aware that I can’t just relax. That’s not only in the entertainment industry, that’s the country. As oppressed people, we have to constantly be making waves and threatening to mess things up for things to get better.
The expression, what, a rising tide lifts all boats?

Your boat has to be in the water. A lot of people of color have boats that are dry-docked. Or didn’t get a boat on the day they were passing out boats. 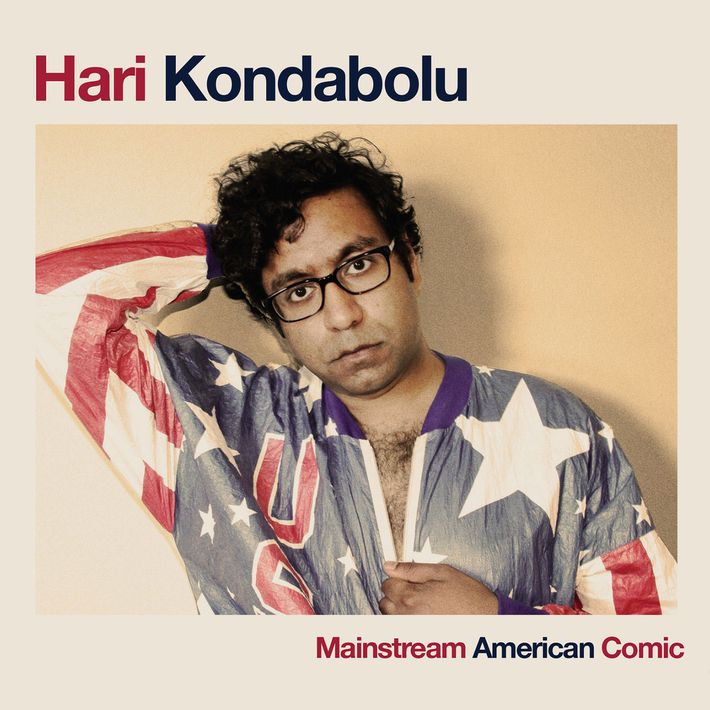