Frank Ocean has always been admirably frank about his sexuality in his work — be it Tumblr prose, through his music, or even now in poetry. And in one of the many original pieces from his limited-edition (for now!) Boys Don’t Cry zine — which included Kanye’s love letter to McDonald’s — Ocean has included a poem titled “Boyfriend.” Much like his essay on car culture, which questioned whether or not his fixation on automobiles is rooted in a “deep subconscious straight boy fantasy,” it beautifully considers the idea of a male partner through both a personal and societal lens. “I could say that I’m happy they let me and my boyfriend become married,” he writes of the Supreme Court decision. “But cross my heart I didn’t notice. Hope to die no never, we voted.” So, yeah, what was that about not crying? 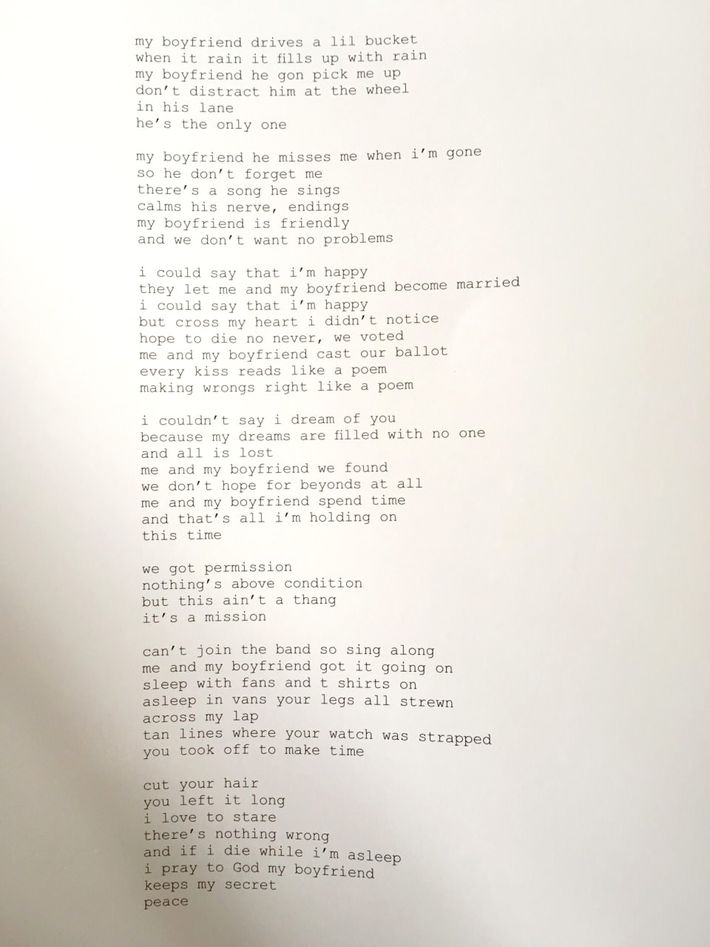