While Frank Ocean’s Boys Don’t Cry album still has not been released, at least there are new Ocean-inspired Snapchat filters to tide us over until then. According to Pitchfork, in Snapchat’s latest update (available to some regions), they have added two new filters: one in the style of the OSX TextEdit window referencing his old Tumblr notes that reads “Dear Frank Ocean,” and another with a depressed skeleton and caption that reads “Waiting for Frank Ocean’s music like … ” Check them out below. 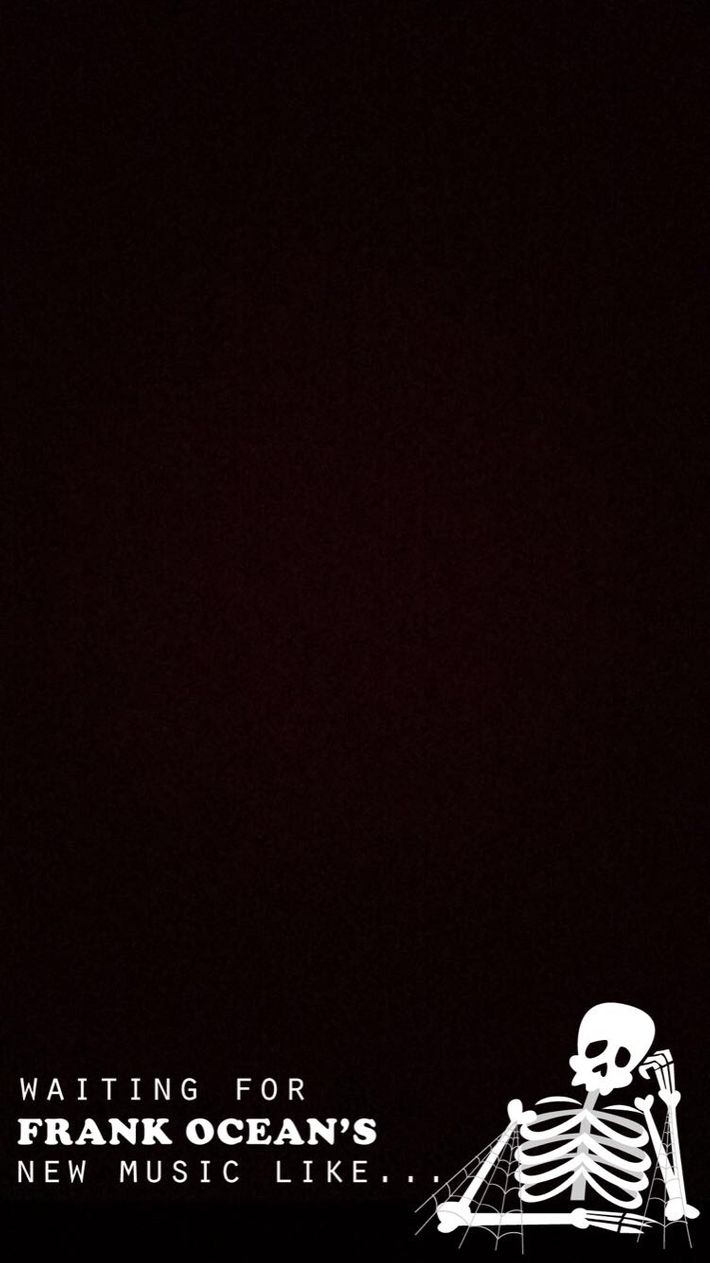 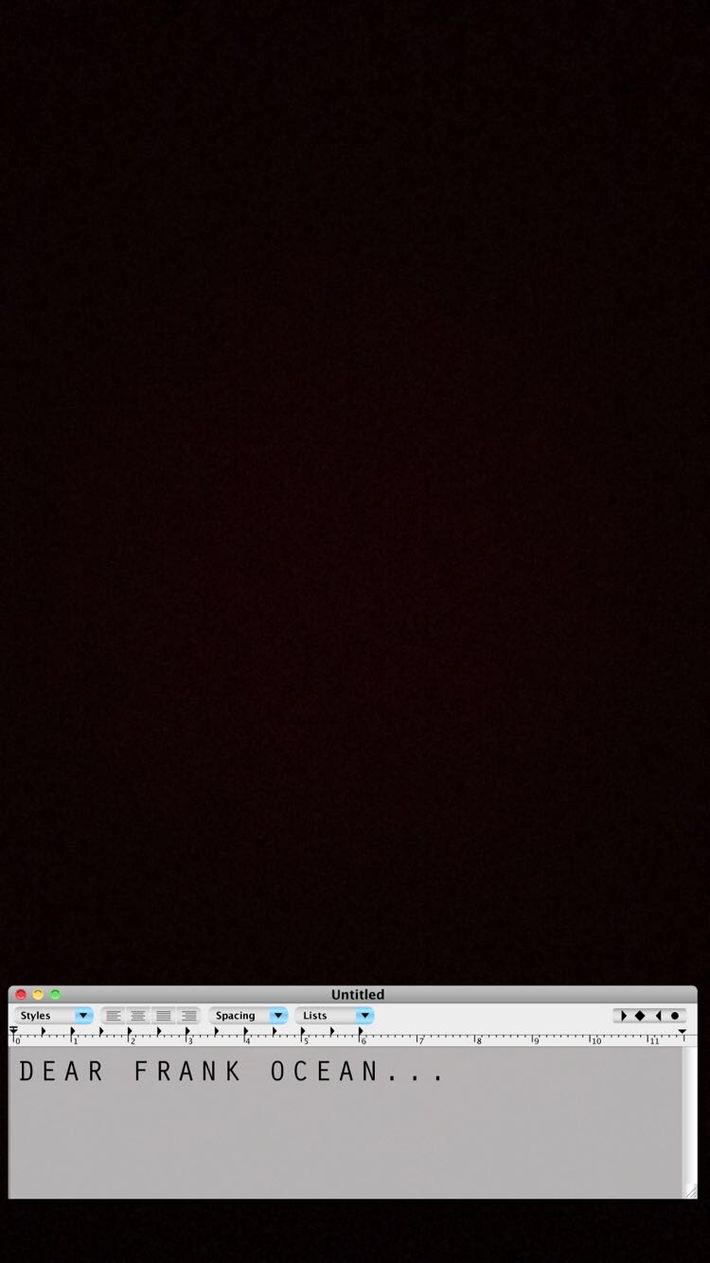 renewals 12:25 a.m.
Warrior Lives to Fight Another Day, or, More Accurately, Another Season The streamer picked up the period action-drama after two seasons on Cinemax.
overnights Yesterday at 11:00 p.m.
Good Trouble Recap: Date and Time We’re having a fun, sexy, angsty time at the Coterie this week and it feels good.
overnights Yesterday at 10:30 p.m.
The Real Housewives of New Jersey Recap: Size Medium The women get read, and we get no answers, only questions.
oh the horror Yesterday at 9:50 p.m.
Mike Flanagan Blasts Off With Christopher Pike’s Mars Horror Season of Passage Someone warn Elon.
fore! Yesterday at 8:32 p.m.
Break Out Your Golf Clap for Renée Zellweger’s New Comedy The Back Nine The Oscar winner is set to star in the film from Sex and the City EP Michael Patrick King.
guest host with the most Yesterday at 7:19 p.m.
Fan Favorite Buzzy Cohen Returns to Host Jeopardy! 2021 Tournament of Champions The All-Star champ steps behind the podium to guest host in May.
pranks Yesterday at 5:53 p.m.
Desus & Mero, Trixie Mattel to Get the Puppetized on Crank Yankers Season 6 Tiffany Haddish, Annie Murphy, Chelsea Peretti, and more will get the puppet treatment.
q&a Yesterday at 5:12 p.m.
Brockhampton Is Ready to Leave a Hell of a Legacy Behind All boy bands come to an end, but there’s never been a boy band like Brockhampton.
By Craig Jenkins
theater Yesterday at 5:05 p.m.
Karen Olivo Leaves Moulin Rouge!, Citing Industry Silence on Scott Rudin “Social justice is actually more important than being the Sparkling Diamond.”
now streaming Yesterday at 5:00 p.m.
The 40 Best Comedies on HBO Max School of Rock, 13 Going on 30, Metropolitan, and more.
teens Yesterday at 4:20 p.m.
Never Have I Ever Returns in July and Gets Right Down to the Love Triangle Will Devi pick the boy who’s “hella rich” or “prolly good at sex”?
books Yesterday at 4:03 p.m.
The Author of A Little Life Finally Has a New Book Coming Hanya Yanagihara is bringing us To Paradise in January 2022.
french tv Yesterday at 3:30 p.m.
Quelle Surprise! We’re Getting More Call My Agent After All. Netflix has plans for a movie and a somewhat-rebooted fifth season.
duets Yesterday at 2:02 p.m.
Rina Sawayama Chooses Elton John for New ‘Chosen Family’ Duet A new rendition of the song from her 2020 album, SAWAYAMA, one of John’s favorites.
tv review Yesterday at 1:56 p.m.
Them Is Pure Degradation Porn Heavy on torture and low on meaning, the Little Marvin–created, Lena Waithe–produced series reveals the empty promise of representation in Hollywood.
bachelor nation Yesterday at 12:55 p.m.
Colton Underwood Is Filming a Netflix Show About His Fresh Start It will also feature Olympic athlete Gus Kenworthy as a “guide of sorts.”
vocals Yesterday at 12:54 p.m.
Demi Lovato Sings to Squirrels in Her NPR Tiny Desk Concert “I have now taught them how to eat from my hand.”
my single is dropping Yesterday at 11:46 a.m.
Liz Phair Decides a Decade Is Long Enough, Announces New Album New single “Spanish Doors” is out now, ahead of Soberish on June 4.
youtube Yesterday at 11:41 a.m.
Jake Paul Denies Sexual Assault Accusation By Saying He’s a ‘Momma’s Boy’ “I most certainly have never laid a finger on a girl without their consent.”
trailer mix Yesterday at 11:33 a.m.
We Hope Their Family Sprung for Car Insurance in the F9 Trailer But does it cover … space?
More Stories