What took so long? Photo: Courtesy of Universal Pictures

More than a decade has passed since Bridget Jones last appeared in theaters with 2004’s Bridget Jones: The Edge of Reason — and seemingly just as long since star Renée Zellweger last had a big onscreen role. On September 16, they both return as Zellweger again plays the self-deprecating, filthy-mouthed heroine in Bridget Jones’s Baby. Here’s the winding path she took to get back to her most famous role.

June 2005
It’s a rough period for Zellweger. Her follow-up to the second Bridget Jones, the Depression-era boxing drama Cinderella Man, co-starring Russell Crowe, underperforms. Not long after, she splits from husband Kenny Chesney.

March 2007
Zellweger woodsheds her English accent via her title role in Miss Potter, a biopic on the life of children’s author Beatrix Potter. She says co-star Emily Watson was a big help: “I would ask her, ‘Say this for me please.’ ” Whatever works!

December 2007
“Maybe I will,” Zellweger says when asked if she’d ever do a third Bridget Jones. “It depends if it works into my life and if it’s interesting.”

January 2009
If the previous year’s period pieces Leatherheads (1920s football) and Appaloosa (1880s Western) were considered middling, then Zellweger’s next was an outright disaster: The critically savaged fish-out-of-water comedy New in Town, with Zellweger as a Miami business executive who relocates to a working-class town in Minnesota, tanks at the box office.

October 2009
Despite a Variety report claiming that a third Bridget Jones film is in the works, Zellweger says that word of a new flick is “a rumor.”

November 2011
Deadline claims that Feig has dropped out but that Zellweger is still interested, with production to begin in winter of 2012.

February 2012
Or not. The Hollywood Reporter suggests that Bridget Jones franchise mainstay Hugh Grant is so dissatisfied with the script that he has walked away from the project.

April 2013
“I wouldn’t say that it’s completely dead in the water,” Bridget Jones regular Colin Firth says. “But the way it’s going, you might be seeing Bridget Jones’s granddaughter’s story being told by the time we get there.” 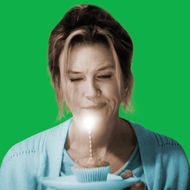 December 2015
Revisiting Bridget was tough, explains Zellweger, because the character was “more mature.” Let’s hope not too much more!

*This article appears in the September 5, 2016, issue of New York Magazine.

special 5 mins ago
Shout-Out to the Librarian Who Hooked Lizzo Up With a Crystal Flute She brought the funk to our last functioning institution.
line readings 7 mins ago
This Line From Do Revenge Makes Me Wonder If I Even Know What Cocaine Looks Like In which the sound of Sophie Turner screaming about cocaine spelunks the cavernous depths of my mind.
movie review 11 mins ago
Blonde Wants to Hurt You At times, Andrew Dominik’s movie, starring Ana de Armas as Marilyn Monroe, feels like a slaughterhouse seen from the animal’s point of view.
By Bilge Ebiri
overnights 25 mins ago
Andor Recap: Health-care Providers Welcome to Andor, season one, phase two.
vulture 10x10 28 mins ago
The Gingham Puzzle 1-Down, Five Letters: Saul Hudson’s “cutting” stage name.
chat room 12:00 p.m.
Ts Madison Says Bros Is a Roast of Straight People “We have the knife, we have the fork, and we about to eat you up, honey.”
trailer mix 12:00 p.m.
Hasan Minhaj Screams ‘F- - - You, Kumail!’ in The King’s Jester The special premieres October 4 on Netflix.
hater things 11:44 a.m.
Caleb McLaughlin’s Parents Had to Explain the Racism From Stranger Things Fans “It affected me when I was a kid,” the actor shared.
overnights 11:43 a.m.
Bachelor in Paradise Season-Premiere Recap: The Power of the Palapa After a few absolutely wild seasons of the main franchise, it’s time to sit back and indulge in the chaos that is The Bachelor’s drunk cousin.
plus another one 11:00 a.m.
Epix Looks Around, Rebrands as MGM+ Every streaming pivot is a calculation.
i love the '90s 11:00 a.m.
There’s a Barney Documentary About ‘the Human Need to Hate’ Metal.
celebtok 10:59 a.m.
We Finally Know Why Meghan Trainor Went to That Sex Shop in 2018 The worrying everyone was doing? It’s over, darling.
rawr 9:48 a.m.
Hugh Jackman to Dust Off Those Wolverine Sideburns for Deadpool 3 “Logan takes place in 2029 — totally separate thing.”
superlatives 8:00 a.m.
Tegan and Sara on Their Best and Most Pedestrian Music “I hate to say that’s a high point because it came out so long ago. So are we over? I don’t know.”
overnights 8:00 a.m.
Reservation Dogs Season-Finale Recap: We Hold Each Other Up After nine weeks of falling apart, the Rez Dogs are finally ready to come back together.
overnights 8:00 a.m.
The Handmaid’s Tale Recap: June Fights the Law Everyone deserves a hug and a high five.
at home in asian america 8:00 a.m.
Cathy Park Hong, the Poet Pundit Her book Minor Feelings became COVID canon — and Hong became liberal America’s go-to Asian thinker.
By Clio Chang
midnights era 12:04 a.m.
Wait, Is Taylor Swift Just Giving Us Straight Answers? There’s nothing better than “Midnight Rain.”
blade running 12:00 a.m.
Marvel’s Blade Loses Director Bassam Tariq Just months before they would reportedly begin production.
cancelations Yesterday at 11:06 p.m.
Netflix Batgirl’d Grendel, Series Not Moving Forward They had already begun filming.
More Stories