A panoply of panels.

It’s an unusually good time to be reading comics. This summer DC, after a disastrous few years of low sales and critical disdain, launched an ambitious attempt to reboot its lineup with an initiative called Rebirth. Surprisingly, it’s been a smashing success, and DC’s titles are better than they’ve been in at least a decade. Marvel’s still riding high from its own reboot last fall, and though its summer crossover, Civil War II, has been tepid, there’s a bevy of high-quality individual series at the House of Ideas. Meanwhile, the ongoing explosion of indie comics continues. Here are some collected volumes and ongoing series worth diving into before Halloween. 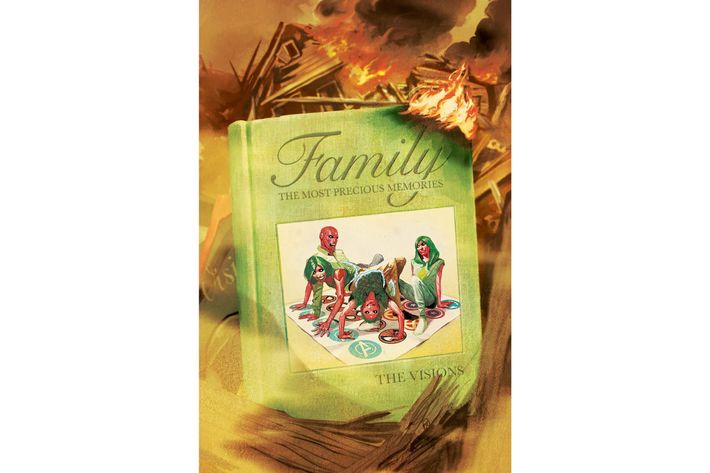 Vision, by Tom King, Gabriel Hernandez Walta, and Jordie Bellaire (Marvel)
There will be weeping in your local comics shop come October 12. On that bittersweet day, the 12th and final issue of Vision, Marvel’s most highly esteemed comic in years, hits stands. Like much of the comics commentariat, I’ve been shouting the series’ praises from the rooftops for months now, and although this goose-bump-inducing quasi-superhero title will be missed, we’re all salivating to see how writer Tom King wraps up his planned dozen-issue narrative about a heroic robot who builds himself a family and watches it slowly — and violently — unravel. Unlike most mainstream titles, this one doesn’t really require existing knowledge of the Marvel universe, so even laypeople should feel comfortable picking up the existing installments and letting the unnerving story and softly chilling images wash over them. 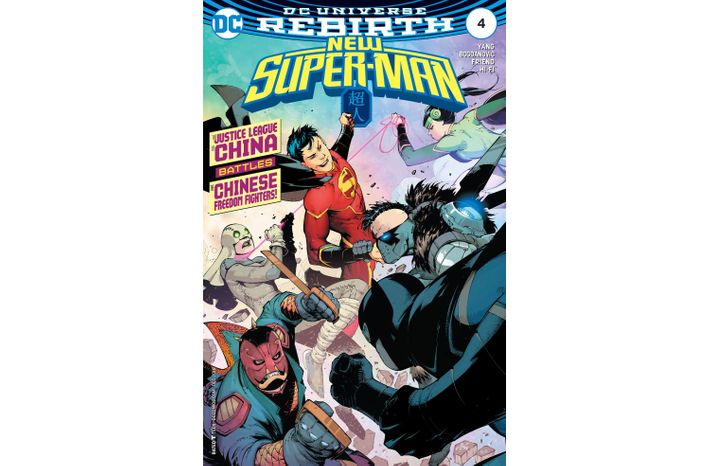 New Super-Man, by Gene Luen Yang, Viktor Bogdanovic, Richard Friend, and Hi-Fi (DC)
There’s a lot to love in DC’s new slate of superhero monthlies, but New Super-Man is perhaps the strangest of the bunch. In it, writer (and newly minted MacArthur “genius”) Gene Luen Yang and artists Viktor Bogdanovic, Richard Friend, and Hi-Fi have given us the story of a new character, Kenan Kong, who is — let’s be blunt — a dick. He’s a cocky Chinese kid in Shanghai who abruptly finds himself endowed with powers resembling those of Superman and drafted into a knock-off of the Justice League. Kenan’s status as a self-interested jerk makes him stand out in the superhero genre’s sea of spandex-clad squares and the dialogue pops just as much as the bombastic visuals. Take note of colorist Hi-Fi — as is appropriate for a tale of contemporary Shanghai, he serves your eyes a brightly shaded feast. 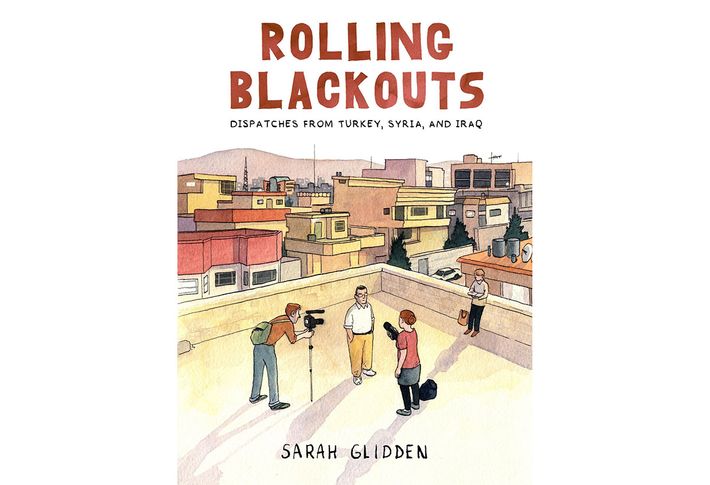 Rolling Blackouts, by Sarah Glidden (Drawn + Quarterly)
When comics-format journalist Sarah Glidden embarked on a 2010 tour of Turkey, Iraq, and Syria, she didn’t have any idea that her destinations were on the brink of a brutal upheaval. That temporal juxtaposition lends her memoir of the trip, Rolling Blackouts, an unexpected meta-textual weight — but honestly, the book would have been a must-read even if the region had stayed (relatively) quiet. You’re left rapt by her evocative watercolors and dense investigations of the long-term consequences of the Iraq War, but the real treat is her fastidious first-person recounting of the tension between two of her travel companions: an Iraq vet and the journalist he grew up with, who struggles to get him to talk about the conflict’s trauma without pigeonholing him. Glidden is fast becoming a peer of the great comics journo Joe Sacco, and it’ll be a thrill to see what she does next. 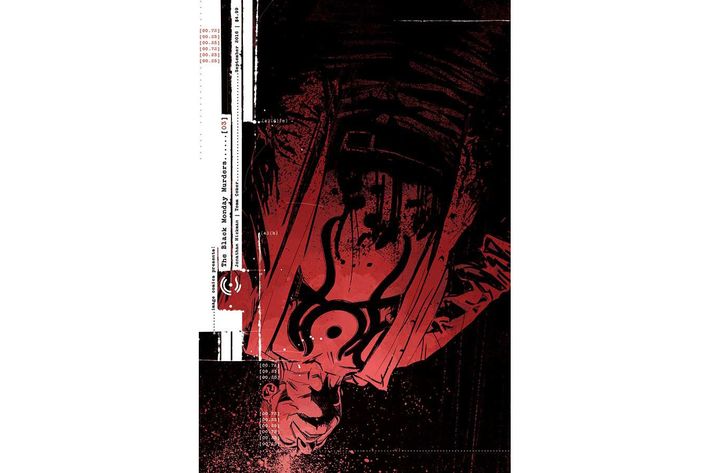 The Black Monday Murders, by Jonathan Hickman, Tomm Coker, and Michael Garland (Image)
Fair warning: You’ll probably have no idea what’s going on in The Black Monday Murders. But that’s to be expected — this is a Jonathan Hickman comic, after all. From the very moment he slipped into the superhero spotlight at Marvel in 2009, Hickman was a writer with a voice unlike any the comics world had seen: His ideas were massive, his story lines byzantine, and his characterization vivid. After this spring’s conclusion of his superpowered magnum opus, Secret Wars, he left Marvel to focus on his creator-owned projects, the latest of which is this newly launched and delightfully baffling book. Stretching across space and time, it imagines a secret and ultra-powerful cabal of magical banking firms that run on the blood of proles. A murder is committed and chaos looms. Hickman is a graphic designer as well as a scribe, and he and artist Tomm Coker present a triumph of mixed media in which panels intermingle with redacted memos and cryptic symbols. Full comprehension isn’t necessary — you can just pick apart the tidbits you do understand and marvel at the mysterious monolith of a tale. 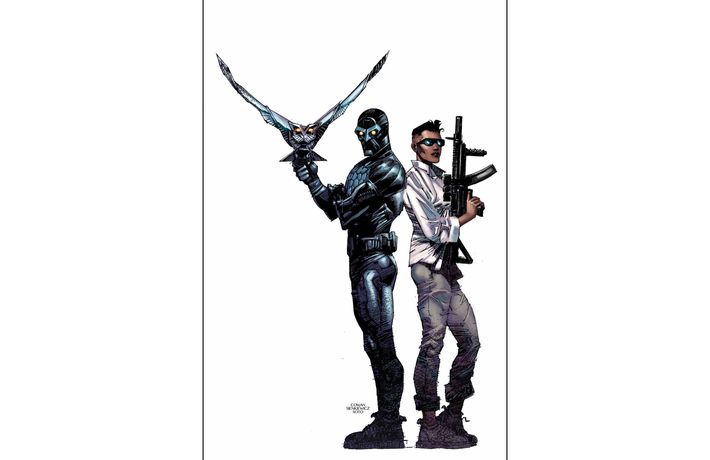 Nighthawk, by David F. Walker, Ramon Villalobos, and Tamra Bonvillain (Marvel)
There was an outcry in the comics blogosphere a few weeks ago when Marvel declared that Nighthawk was getting 86’d after only six issues. The cancellation was understandable insofar as the book never got sales traction, but it really is a goddamn shame to see this eyebrow-raising tale of an African-American Batman pastiche come to such a premature close. Writer David F. Walker and artists Ramon Villalobos and Tamra Bonvillain have crafted something rare: a corporate superhero story that centers around gentrification and racist police violence in the late Obama era without being in any way preachy. It’s also great pulp fun — the fight scenes drip with gore and the bad guys are charismatic sleazebags. Here’s hoping this creative team reassembles on something where they get to stick around and thrill us a little longer. 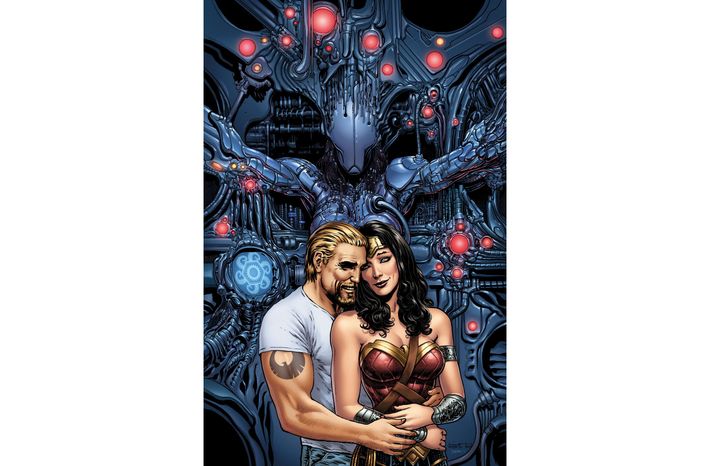 Wonder Woman, by Greg Rucka, Nicola Scott, Romulo Fajardo, Jr., Liam Sharp, and Laura Martin (DC)
For a character of Wonder Woman’s stature, it’s shocking how rough a time she’s had grabbing eyeballs in the past two decades. Here and there, a few talented creators have been able to offer compelling narratives — writers Gail Simone and Brian Azzarello leap to mind — but there have been a frustrating number of terrible ones. To make matters worse, the world-famous Amazon has undergone an undgodly amount of reboots, making her continuity a near-unnavigable thicket.

Luckily, Rebirth has recaptured what makes a reader sit in awe of her. Writer Greg Rucka opted to tell two parallel narratives: one in which she gets a newly streamlined origin and one where she tries to find out why she has so many contradictory backstories. Each story line has a different art team and, while both are excellent, origin-story penciler Nicola Scott deserves particular praise for her ability to leaven action with softly contoured figure drawing. With any luck, this will be a series that makes Wonder Woman great again. 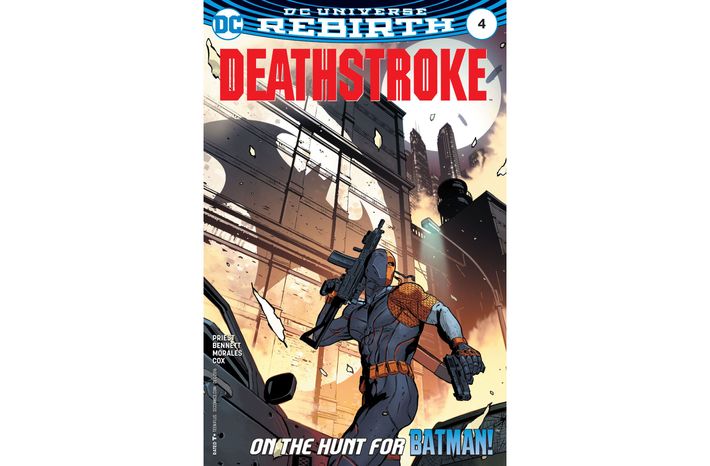 Deathstroke, by Christopher Priest, Joe Bennett, Mark Morales, and Jeromy Cox (DC)
When the Rebirth lineup was announced, diehard comics geeks took special notice of the presence of one name: Christopher Priest. It seemed almost too good to be true. Over the course of two decades in the superhero hustle, Priest established a name for himself first as a dependable writer of traditional two-fisted tales, then as a provocateur who wrote frank tales about race the likes of which the industry had rarely seen. Then, frustrated with being stuck in a corner as a black writer, he disappeared from the game in the middle of the ‘00s and seemed to be lost to us. He popped up briefly at indie publisher Valiant two years ago, but few could have expected that he’d ever return to the corporate world.

And yet, here he is, writing the adventures of Deathstroke, the amoral assassin who will antagonize Batfleck on the big screen in a few years’ time. The series is darkly cynical and boldly confrontational (after a Christian warlord in an African nation pays Deathstroke to massacre a group of local Muslims, the warlord posits that the Marines will come and try to kill him; his face impassive, Deathstroke has a retort: “These are black people, Matthew. The Marines aren’t coming”), as one would want a Priest tale to be. It’s good to have him back. 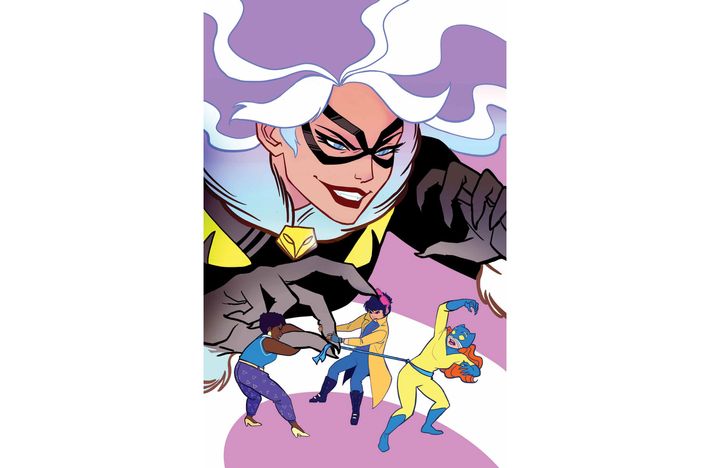 Patsy Walker, A.K.A. Hellcat, by Kate Leth, Brittney L. Williams, and Megan Wilson(Marvel)
Though we still have a long way to go, eloquent and constant criticism from an increasingly influential collection of progressive commentators has helped make the comics industry a more inviting place for female creators and readers over the past few years. Marvel’s clearest expression of this change has been the giddy Patsy Walker, A.K.A. Hellcat. Its all-woman creative team has built a charming and wholly accessible mini-universe of cute character designs and nonviolent intrigue. In it, the title character and her friends go on adventures that focus on romance and frenemyship more often than fistfights. Indeed, the whole thing feels more like a clever bit of lighthearted Japanese manga than a traditional American superhero tale, and that’s something Marvel and DC would do well to crank out more of.

album review 1 min ago
Lil Yachty’s Great Gig in the Sky The rapper’s surprising new psych-rock album delights in sensory overload.
vulture 10x10 1 min ago
The Scooby Puzzle 7-Down, Ten Letters: Batman’s Home
reading is what? 1 min ago
And Don’t F&%K It Up Chronicles Drag Race From Vaseline Lens to Emmy Gold “Come for the tea, stay for the shade.”
yelling 9 mins ago
It’s Time for a Departure From ‘Bottle Episode’ Another format-breaking episode, another widespread misapplication of a specific TV term. This must end.
listings 10:31 a.m.
Joan Didion’s Apartment Is for Sale Missed out on the estate auction? Seven and a half million dollars will get you the whole house.
obits 10:13 a.m.
Cindy Williams of Laverne & Shirley Dead at 75 “Knowing and loving her has been our joy and privilege,” said her children in a statement.
crime 10:10 a.m.
Chicago Prosecutors to Drop Sex-Abuse Charges Against R. Kelly Two prior convictions guarantee Kelly will be behind bars for decades.
grammys 2023 10:00 a.m.
Who Will (and Should) Win at the 2023 Grammys? And will Beyoncé finally earn an Album of the Year trophy?
oscars 2023 8:00 a.m.
Lydia Tár Is Not an Art Monster The quiet redemption of awards season’s most divisive character.
tributes 1:59 a.m.
Patti Smith, Flea, and More Remember Tom Verlaine Flea praised him as “one of the greatest rock musicians ever.”
heartbroken 1:23 a.m.
5 Shows That Aren’t Getting Valentines This Year Reboot, Kindred, American Gigolo, and more have been canceled.
my singles are dropping 12:24 a.m.
Morgan Wallen’s Comeback Album Sounds Like a Big Mess Three songs from One Thing at a Time are out right now.
the vulture spot Yesterday at 11:27 p.m.
How GLOW Helped My Animal Illustrate Lust  “I feel like everyone could connect to the early teenage experience of being aroused by some sort of videotape that you keep hidden.”
overnights Yesterday at 10:01 p.m.
The Bachelor Recap: America’s Next Top Villain Victoria F., Tahzjuan, and Courtney Robertson enter the chat to show the ladies how to get a villain edit.
the vulture spot Yesterday at 9:53 p.m.
Priya Kansara’s Only Injury While Filming Polite Society Was From … Walking  Directed by We Are Lady Parts’ Nida Manzoor, the film blends marital and martial arts.
overnights Yesterday at 9:30 p.m.
Below Deck Recap: Alissa’s Villain Era Now that Camille is gone, Alissa’s worst enemy is herself.
hard launch Yesterday at 8:10 p.m.
Paramount+ and Showtime Have Hard Launched Their Merger Paramount + Showtime – three shows = new service.
the vulture spot Yesterday at 5:34 p.m.
Jonathan Majors Says Prepping for SNL Was Almost As Difficult As Bodybuilding  “Both were extremely physical, long hours, and I had to eat a lot.”
close read Yesterday at 4:58 p.m.
The Empty Sentiment of The Last of Us In imitating the rhythms of prestige TV, the video-game adaptation loses its emotional center.
By Jackson McHenry
the vulture spot Yesterday at 4:48 p.m.
Rotting in the Sun Features 30 to 600 Penises  Sebastián Silva and Jordan Firstman report back from a gay nude beach.
More Stories