Sponsor Story
This is paid content produced for an advertiser by New York Brand Studio. The editorial staff of Vulture did not play a role in its creation.

Zosia Mamet returns to Kate Spade New York’s whimsical short film series, #MissAdventure, and is joined by a notable cast of newcomers: comedian Ali Wong, actress Sarah James, and TV personality Poppy Jamie. The latest installment, set in the Rainbow Room, is stacked with the quirky charm of episodes past. The leading ladies play exaggerated versions of themselves mired in (pleasantly) absurd scenarios. Come for the names, stay for the quippy one-liners and comic timing.

Here’s everything you need to know about the cast of the latest #MissAdventure: 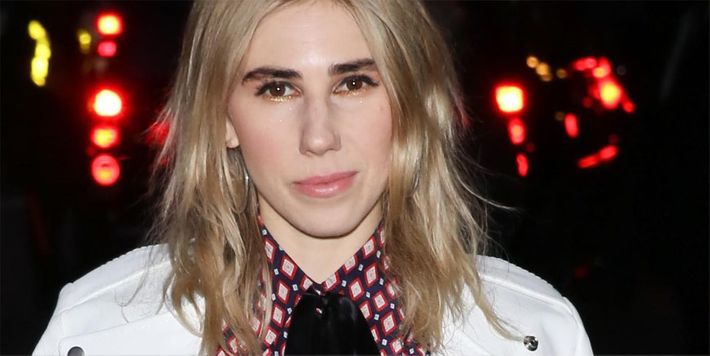 Zosia Mamet is best known as the tragically over-eager, yet increasingly endearing Shoshanna in HBO’s Girls. (It’s okay to be a Shosh, we promise.) Mamet’s also appeared in Mad Men, United States of Tara, and Parenthood, and dabbles in the indie music world. Pro tip: It’s actually pronounced Zah-shah. 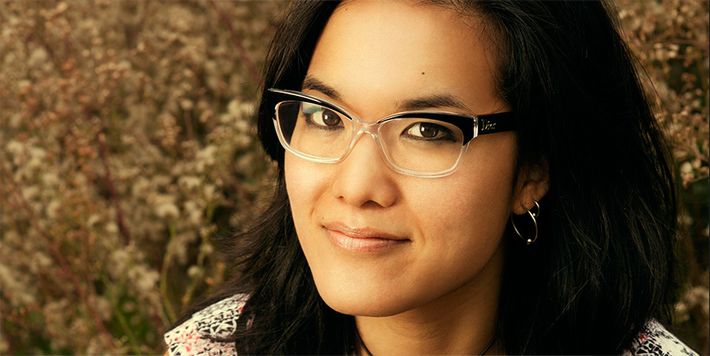 You might recognize stand-up comic Ali Wong from the late-night talk show circuit, or maybe from her appearances on Inside Amy Shumer and Comedy Central’s @Midnight. In May, Netflix released the LA-based performer’s stand-up special, Baby Cobra. Marc Maron described the show – which was filmed when Wong was 7-months pregnant, by the way – as “the most honest, rawest, funniest special I’ve ever seen.” 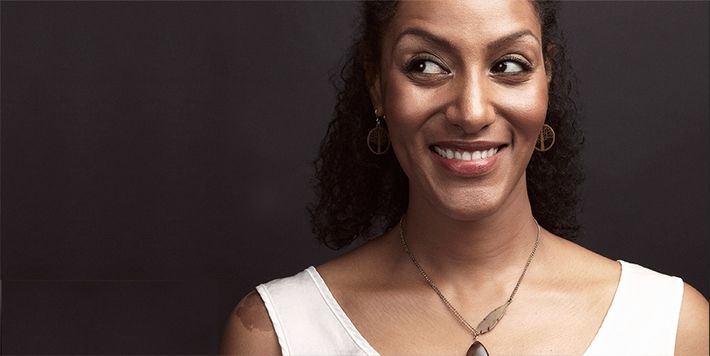 Sarah Jones is many things — an actress, playwright, comedian, poet, and UNICEF ambassador, just to name a few. The shape-shifter extraordinaire is, fittingly, known for her ability to seamlessly turn characters on and off. In her Tony Award-winning one-woman Broadway show, Bridge & Tunnel, Jones channeled 14 different personas. 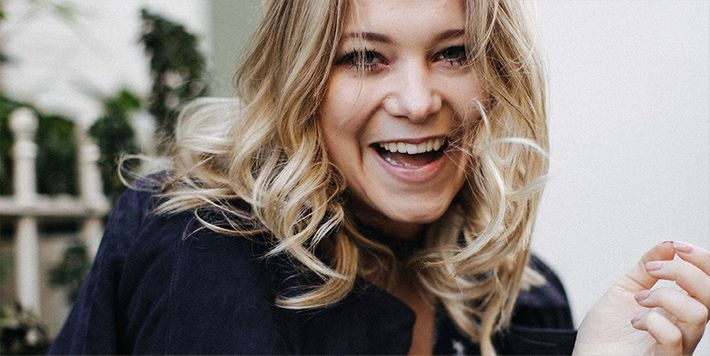 British TV presenter, Snapchat Discover show hostess, and entrepreneur Poppy Jamie is a career “It” girl. She counts Cara Delevingne and Suki Waterhouse as her besties, and splits her time between London and LA. Although Jamie isn’t in the latest #MissAdventure episode, she’s there loud and clear in the behind-the-scenes footage.

Zosia Mamet Is Just One Face

chat room 10:05 p.m.
Leo Woodall Needed Some Time to Digest That White Lotus Reveal “I’d been told I might have a rumble and tumble with a couple of characters, but I didn’t know who.”
whodunnit? 10:03 p.m.
The White Lotus Kill or Be Killed Report: Two Can Keep a Secret Well, a couple of names just shot to the top of the suspect/victim list.
overnights 10:03 p.m.
The White Lotus Recap: Whoopsie As family secrets are being kept and revealed back at the resort, a new one is brewing in Palermo.
overnights 9:15 p.m.
Yellowstone Recap: As Good As Gone The dynamic between Jamie and Beth changes for the first time … ever?
overnights 9:00 p.m.
Dangerous Liaisons Recap: The Sex Dungeon The growing bromance between Camille and Valmont is delightful.
coming soon 8:50 p.m.
Helen Mirren Will Travel to 1923 for Yellowstone Prequel A new trailer dropped showing off Mirren and Harrison Ford smoldering at each other.
theater review 8:49 p.m.
KPOP Offers a Not-Actually-All-Access Pass A musical about making it big feels neutered by its own backstage process.
justice for booster gold 6:25 p.m.
James Gunn Wants All the DC Movies, TV, and Games ‘Connected’ He and Peter Safran have big plans for the DCU.
fancasts 5:40 p.m.
Hey, Antonio Banderas Knows a ‘Fun’ Guy Who Could Play Zorro If he was asked to do a third movie, he would want to pass the mask to this former co-star.
goth girls 4:22 p.m.
Jenna Ortega Didn’t Want to Copy Christina Ricci’s Wednesday According to Ortega, she and her co-star never even said the word Wednesday to each other on set.
performance art? 2:51 p.m.
The 1975’s Matty Healy Is Doing a Lot on Tour From kissing fans to eating raw meat onstage, here’s a roundup of what he’s been up to.
commit to the bit 1:09 p.m.
Martin Scorsese Is in on the Tumblr Memes He has confirmed that he made the nonexistent 1973 film Goncharov.
fame Yesterday at 4:34 p.m.
Questlove, John Leguizamo, Jennifer Beals, and More Mourn Irene Cara Remembrances poured out across the industry.
charges Yesterday at 1:53 p.m.
Squid Game’s O Yeong-su Indicted for Sexual Misconduct O claims he merely held a woman’s hand to guide her around a lake.
obits Yesterday at 12:50 p.m.
‘Fame’ Singer Irene Cara Dead at 63 The multihyphenate sang two Oscar-winning title songs.
overnights Yesterday at 10:08 a.m.
RuPaul’s Drag Race U.K. Season-Finale Recap: Megamixed Up Drag Race is dancing on the thin line between reality-TV ritual and reality-TV tedium.
oh deer Yesterday at 12:44 a.m.
Please, Was the Original Bambi Not Horrifying Enough? The guy behind the Winnie-the-Pooh slasher is now working on a Bambi horror movie.
talking about it Nov. 25, 2022
Kim Petras Defends Her Concert Chat With Barbie Ferreira The pair were filmed catching up during a Rina Sawayama performance.
overnights Nov. 25, 2022
We’re Here Season-Premiere Recap: Trouble in Texas The premiere reminds us why We’re Here is such a crucial show amid so many anti-trans sentiments and politics.
sentencing Nov. 25, 2022
Kris Wu Gets 13-Year Jail Sentence for Raping Multiple Women The pop star was found guilty in one of China’s most high-profile sexual-assault cases.
More Stories