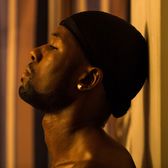 The intimate Moonlight has to pull off three things on its path to Oscar. First, it needed to get sterling reviews … done and done. Second, it had to open well … and with an incredible per-screen average that places it in quite the pantheon; that mission has been accomplished, too. Now, it must stay front-of-mind during a months-long slog till February, but shepherded by the ace minds at A24 — who guided Room through a similar gauntlet last year — I have plenty of faith that Moonlight can retain its glow. 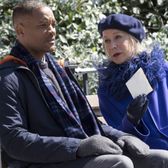 This Will Smith vehicle looked like a lock to debut at AFI Fest in November, but the announcement never came and rumors about the film’s quality are flying. At least we’ll have Helen Mirren’s eccentric outfits? 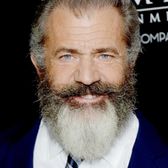 Gibson’s war film was well-received in Hollywood this past week and just earned 13 nominations from the Australian Academy of Cinema and Television Arts, which went gaga for Mad Max: Fury Road last year. I doubt that Gibson or the film can travel as far with Oscar, but in an awards season filled with scandal-tinged stars, he’s making more of a comeback than might have been expected. 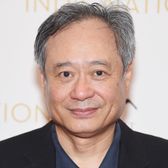 Having now caught Lee’s film myself after its disastrous recent launch at the New York Film Festival, I think it may play somewhat better with Oscar voters than that NYFF crowd, though it’s all over the place tonally. Whenever possible, Lee is determined to display his PTSD drama with a bleeding-edge presentation that takes advantage of its high frame rate and resolution, though I suspect its melodramatic instincts will be better suited to the conventional 24-frames-per-second format that general, paying audiences (and Academy members viewing the film on screener) will get. 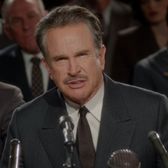 It was confirmed this week that Beatty will seek lead placement for Rules Don’t Apply, in which he plays Howard Hughes so enigmatically that he doesn’t even show up until a half hour into the film. The designation is borderline (Rules is mostly told from the point of view of Alden Ehrenreich and Lily Collins, playing characters entangled with Hughes) and I think Beatty’s gold-watch performance would have a much easier time contending in the supporting category. As muted as the Best Actor race feels this year, it will still be filled with men who swamp Beatty when it comes to screen time. 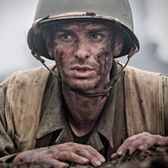 Though I suspect Silence will be Garfield’s big awards play, it never hurts to have two strong vehicles to your credit in one season. 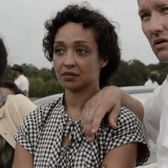 This category is rarely filled by five former nominees, but for a time, it looked like Natalie Portman, Emma Stone, Annette Bening, Meryl Streep, and Viola Davis might successfully fend off all newcomers. Now that Davis has officially dropped down into the supporting category, though, I think it creates an opening for Ruth Negga’s striking, wide-eyed work in Loving to come to the fore … though another former nominee, Arrival’s Amy Adams, has seen her fortunes improve, too. 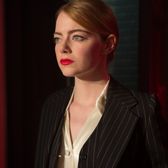 With Davis out of the picture, the long-brewing Stone-Portman battle for Best Actress appears to be a sure thing. I’m struck, too, by how available Stone is making herself: While an A-list ingenue is expected to promote her film at a top-tier festival like Venice or Toronto, Stone is also flying to fests like Mill Valley and Middleburg, flacking for La La Land early and often. 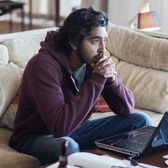 It’s official: Patel is going to be submitted as a supporting actor for Lion. While it’s tempting to ascribe this to Weinstein-related gamesmanship — after all, this is the same studio that positioned Rooney Mara as a supporting actress for Carol despite the fact that she was that film’s protagonist — the studio is on somewhat firmer ground with Lion, since Patel doesn’t even appear until 60 minutes into the movie. (Though he plays the main character, Saroo, the first hour is spent on Saroo as a child, played by Sunny Pawar.) 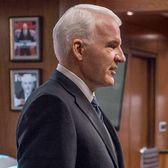 Martin is granted an Oscar-friendly monologue near the end of Billy Lynn’s Long Halftime Walk, but Lee does him no favors by shooting two sections of it in extreme close-up, with Martin addressing the camera directly. Especially if you watch the film in a high-resolution format, you stop listening to Martin and you start investigating his pores.

Houston, we have a front-runner. Until Fences screens for press, we won’t know whether designating Davis as a supporting actress is savvy strategizing, fair categorization, or something else entirely. What is certain, though, is that she brings tremendous firepower and an “I’m due” narrative to a category that she now dominates on paper. If the film can deliver, awards groups will fall for her like dominoes. 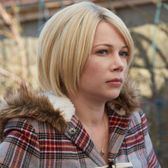 Williams is terrific in Manchester and she’s been up for an Oscar several times, but she’s never come as close to winning as Davis did the year she was beaten by Meryl Streep, and I don’t envy any actress standing in the way of Davis’s tractor beam.

Also, in the season premiere of The Awards Show Show podcast, Kyle Buchanan and John Horn discuss the potential diversity of this year’s nominees, including Moonlight, Loving, and Fences, and chart where The Birth of a Nation went wrong. Plus, how did Viola Davis shake up the race this week? Listen below and subscribe on iTunes.

trailer mix 21 mins ago
Buddy-Comedy Duo Adam Sandler and Jennifer Aniston Are Back on the Case Murder Mystery 2 promises more murder and more mystery, even.
overnights 10:21 a.m.
The Real Housewives of Potomac Recap: Going Fishing What better time to air out some dirty laundry than when an exotic dancer is making it clap right in front of your lobster tail?
dylanology-ology 10:00 a.m.
A Beginner’s Guide to Bob Dylan’s Sprawling Bootleg Series Blowin’ through all 17 volumes the easy way.
trailer mix 9:55 a.m.
Star Trek: Picard Season 3 Looks Borg-eous The stakes are star high.
rip 9:55 a.m.
Annie Wersching, 24 and Last of Us Video-Game Star, Dead at 45 She also starred in Bosch and The Vampire Diaries﻿.
party report 8:00 a.m.
Jason Segel Is a Car Guy in Real Life and in Shrinking The Apple TV+ show’s vintage Bronco is inspired by the co-creator and star’s actual ride.
vulture picks 8:00 a.m.
25 Notable New Releases Over the Next Two Weeks The Grammys, You releases its fourth season, M. Night Shyamalan’s latest thriller, Shania Twain makes a comeback, and more.
By Vulture Editors
obits Yesterday at 11:36 p.m.
Lisa Loring, TV’s Original Wednesday Addams, Dead at 64 Jenna Ortega paid tribute to Loring in her viral dance scene in Wednesday.
overnights Yesterday at 10:20 p.m.
The Last of Us Recap: This Is You A very special episode explores what waits on the other side of survival.
backstories Yesterday at 10:15 p.m.
‘A Rosetta Stone for The Last of Us’ How two non-player characters and an unexpected love story elevated the HBO series beyond its source material.
By Nicholas Quah
overnights Yesterday at 10:01 p.m.
Mayfair Witches Recap: Death at a Funeral Here’s what we’re gonna do, gang. We’re gonna wipe Mayfair Witches’s slate clean and start fresh so we can pretend that this was the real pilot.
overnights Yesterday at 10:01 p.m.
All Creatures Great and Small Recap: Follow That Cow! Who would’ve thought the Ministry of Agriculture could be so terrifying?
overnights Yesterday at 10:00 p.m.
Your Honor Recap: A New Orleans Crime Show Your Honor’s return and new direction are finally starting to pay off.
grammys 2023 Yesterday at 9:56 p.m.
Benito, Blige, and Brandi Among Grammys Performers Harry Styles has joined the roster of performers as well.
obits Yesterday at 9:36 p.m.
Motown Songwriter Barrett Strong Dead at 81 He co-wrote “Papa Was a Rollin’ Stone” and “I Heard It Through the Grapevine.”
the vulture spot Yesterday at 8:16 p.m.
The Mahogany Drive Crew Swaps Improv Horror Stories  Should every improv feel like your first? Sounds immensely stressful.
the vulture spot Yesterday at 8:00 p.m.
All Dirt Roads Taste of Salt Was an Exercise of ‘Trust and Play’  Talking about the water cycle at the Vulture Spot.
development hell Yesterday at 7:28 p.m.
Jordan Peele Would Rather Watch a Live-Action Akira Than Make It Taika Waititi is the most recent filmmaker to take on the beast of development hell.
coming soon Yesterday at 7:06 p.m.
Apple TV+ Says Gay Rights, Makes Frog and Toad Show Are Frog and Toad just friends?
the vulture spot Yesterday at 6:32 p.m.
Flora and Son Wants to Show How the Internet Isn’t All Bad  Falling in love over Zoom, as directed by Once’s John Carney.
More Stories