This week we’re providing a series of Vulture Hacks: expert advice, gear guides, and recommendations to help you maximize your entertainment experience.

Enjoyable as it is to immerse yourself in an inches-thick work of fiction, having the time — and focus — to do so is increasingly becoming a luxury. In order to keep you turning pages in between Netflix binges and DVR purges, we’ve assembled a list of excellent books that will take you less than a day to read — each of them 200 pages or fewer. (For more time-efficient entertainment, check out our list of the 53 best movies under 90 minutes.)

These are not the Best Novellas of All Time, because lists of that sort are readily accessible, and you probably read many of those books in grade school, anyway. Rather, these are some of the most entertaining and mind-opening stories, novellas, essays, and short treatises from the recent past. The works vary by degrees of digestibility — some can satisfy your cravings within an hour, while others may take a full day to absorb — but every one of them will leave you glad that you made the time for it. 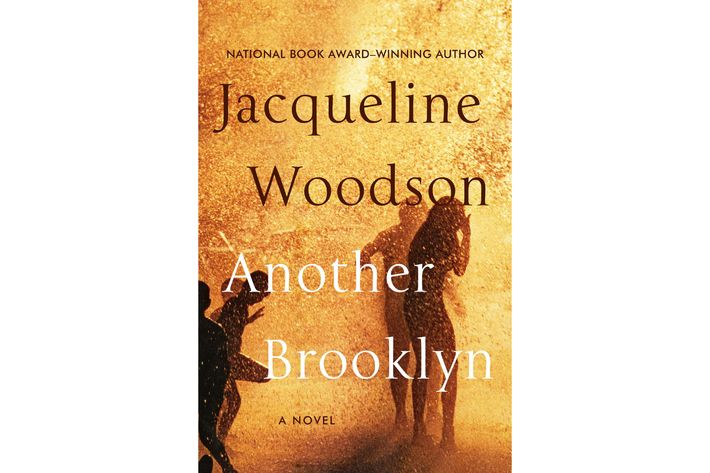 1. Another Brooklyn by Jacqueline Woodson (2016)
You can read one of the best books of 2016 in an hour or two. Another Brooklyn follows the friendship of four girls in the 1970s. Jacqueline Woodson is a YA superstar, and although this novel is for adults, her subject matter reminds us of the great empathy with which she portrays teenagers. During a time when Donald Trump characterizes inner-city life is “devastating,” Woodson gives us a window into a way of life that’s full of struggle, yes, but also beauty and wonder. 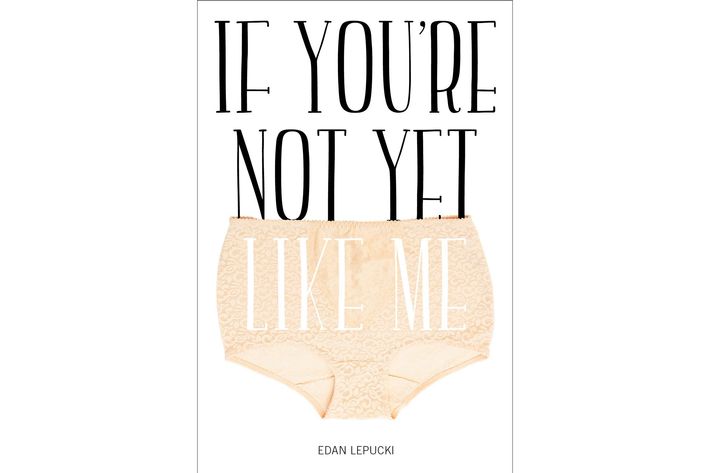 2. If You’re Not Yet Like Me by Edan Lepucki (2014)
You may know Edan Lepucki from her best-selling novel California, but before she delved into dystopia she wrote a novella that is smaller in scope but just as intriguing. Reminiscent of racier Mary Gaitskill and Lydia Davis short stories in slightly longer form, If You’re Not Yet Like Me follows a deeply flawed yet relatable heroine who narrates the story of her relationship to her unborn child. 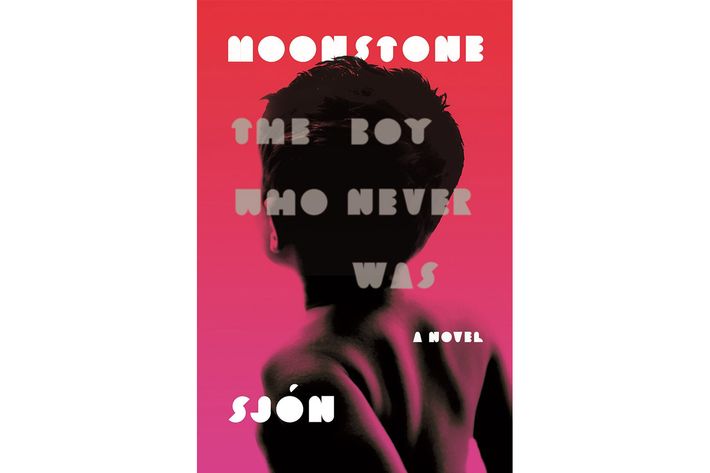 3. Moonstone: The Boy Who Never Was by Sjón (2016)
Icelandic novelist, poet, and frequent Björk collaborator Sjón packs an entire universe within a slim 160-page fable that weighs the angst of reality (the story is set in 1918, as the Spanish flu threatens to devastate Reykjavik) versus escapism (Sjón captures the magic of the early days of cinema). It’s weird and wonderful and deeply affecting. 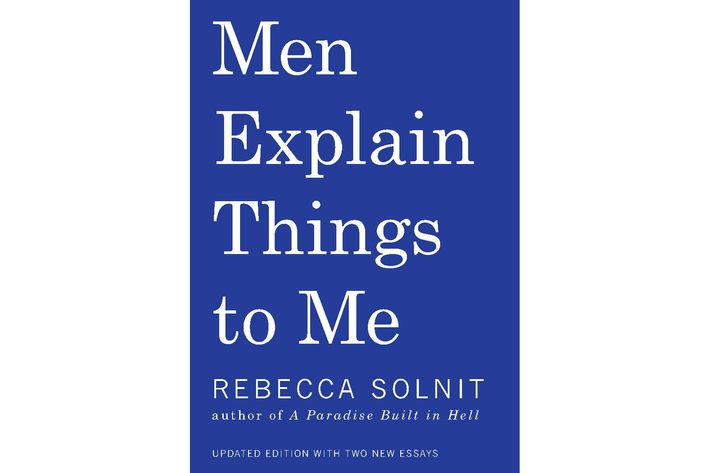 4. Men Explain Things to Me by Rebecca Solnit (2014)
This one goes out to all the ladies who’ve ever written insightful things on the internet, only to have a man in the comments section explain it back to them. Rebecca Solnit has written many brilliant books — all highly recommended — but this tiny beacon of light serves as a short and affecting treatise on a scourge that has plagued us for centuries: mansplaining. 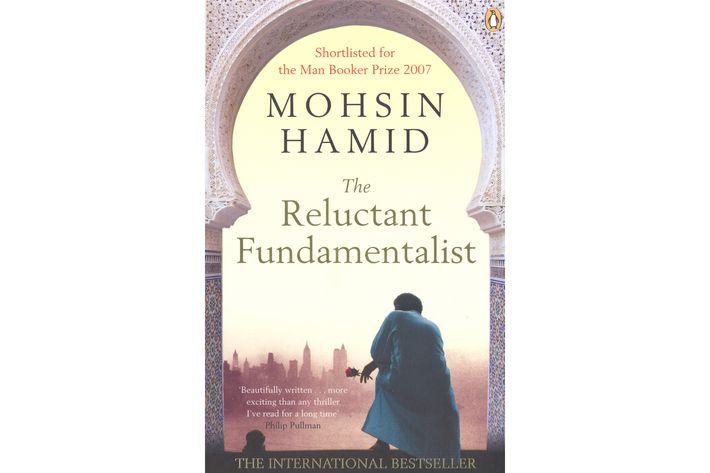 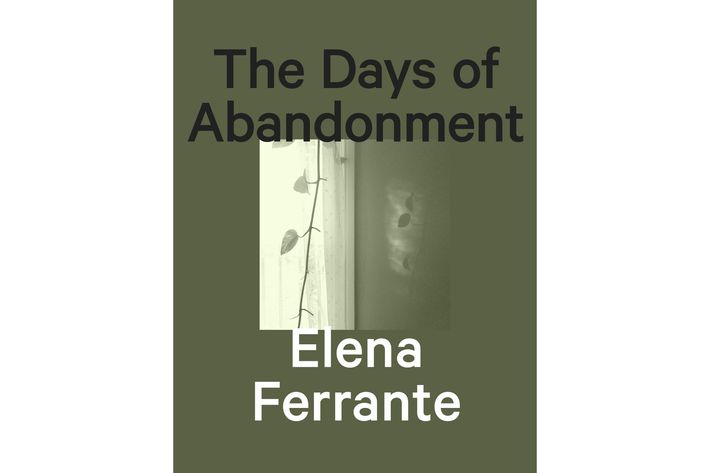 6. The Days of Abandonment by Elena Ferrante (2002)
The literary world is rightfully consumed by Ferrante Fever, worship for the Italian writer best known for using a pen name and writing the epic Neapolitan novels. If you want just a taste of how visceral and wounding Ferrante’s writing can be, start with The Days of Abandonment, a short, perfect novel about the wrath of a woman who is left by her husband. 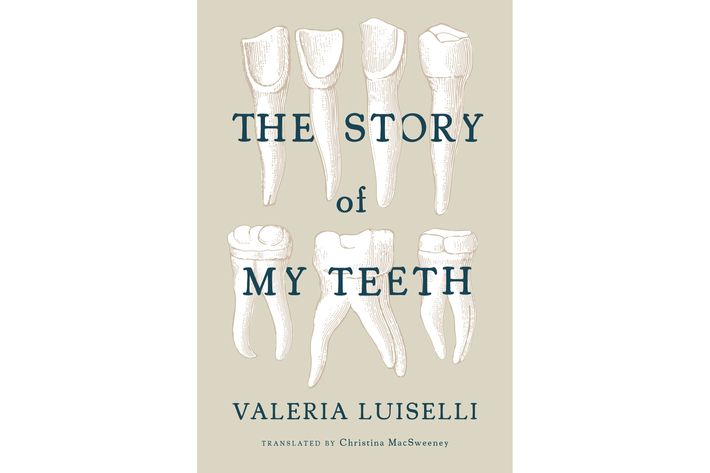 7. The Story of My Teeth by Valeria Luiselli (2015)
Mexican essayist and novelist Valeria Luiselli makes me want to be a better reader and thinker. Her debut novel is a simple yet wonderfully bizarre tale of a huckster who auctions off a collection of teeth. Come for the absurdist comedy, stay for the references to great writers and philosophers and see how in on the joke you really are. 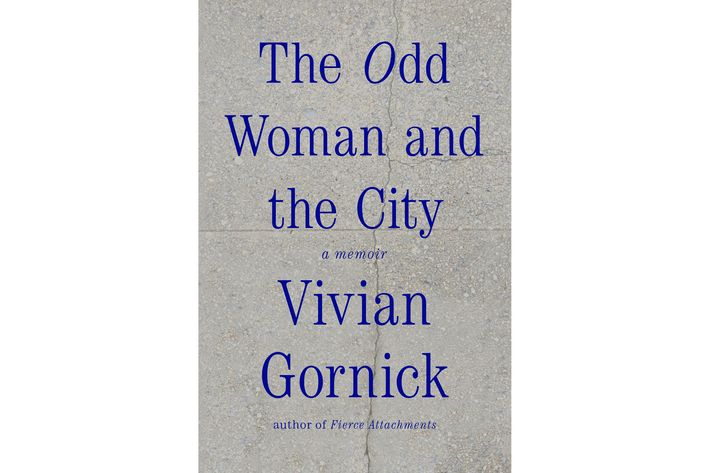 8. The Odd Woman and the City by Vivian Gornick (2015)
Cultural critic Vivian Gornick writes about New York City like no one else, and is deserving of a spot on the list with all the favorites: E.B. White, Patti Smith, Teju Cole. Her memoir is like taking a brief yet fast-paced walk through the city streets and talking with its weird and wonderful inhabitants.

9. Bluets by Maggie Nelson (2009)
No one combines the academic and the personal better than Maggie Nelson. Her ode to the color blue is part memoir, part philosophical study, part comedy, part really emo mixtape. It’s the book that can easily fit into the pocket of your favorite pair of jeans, and it demands to be revisited and worn out just as much. 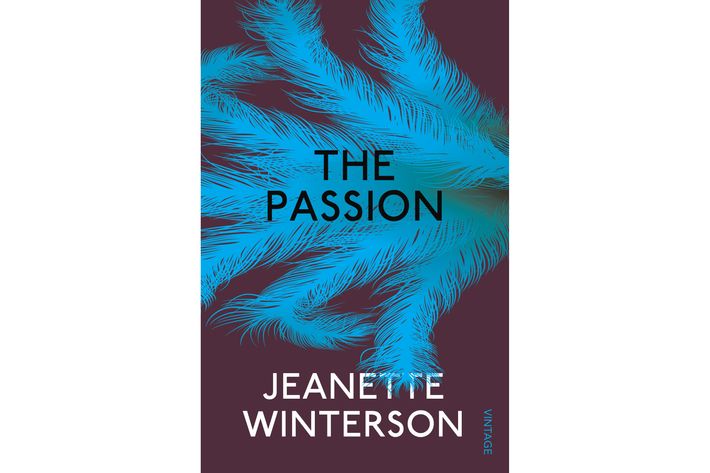 10. The Passion by Jeanette Winterson (1996)
“I didn’t know what hate felt like, not the hate that comes after love. It’s huge and desperate and it longs to be proved wrong. And every day it’s proved right it grows a little more monstrous. If the love was passion, the hate will be obsession.”

Never has a piece of historical fiction set in a time that didn’t really call out to me (it’s the story of a soldier in the Napoleonic Wars) made me feel so damn much. Winterson writes heroically about love, about politics, and about the things that occupy our minds. 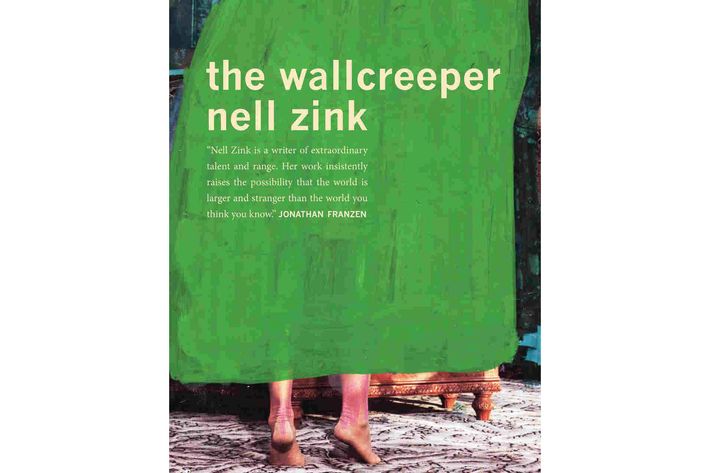 11. The Wallcreeper by Nell Zink (2014)
Much like fellow birder and chief blurber of The Wallcreeper, Jonathan Franzen, Nell Zink is an author you can either love or hate, but it’s hard to deny the power of her writing. Her debut novella is the perfect introduction to her off-kilter point of view, the small gems of humor found on nearly every page offsetting some (but not all) of the surrounding darkness. 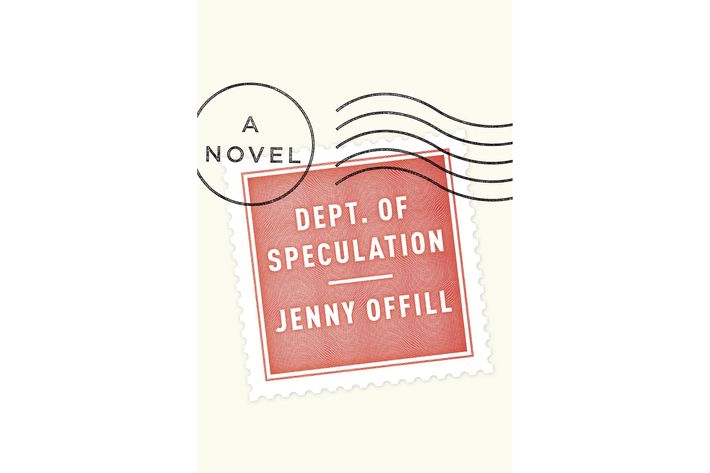 12. Dept. of Speculation by Jenny Offill (2014)
“Funny/sad” is a very unoriginal yet concise adjective to describe my very favorite kind of writing, and Jenny Offill’s lovely novel delivers. She invokes the wisdom of philosophers and poets and scientists in her wry portrait of a marriage, but her own words are just as profound. 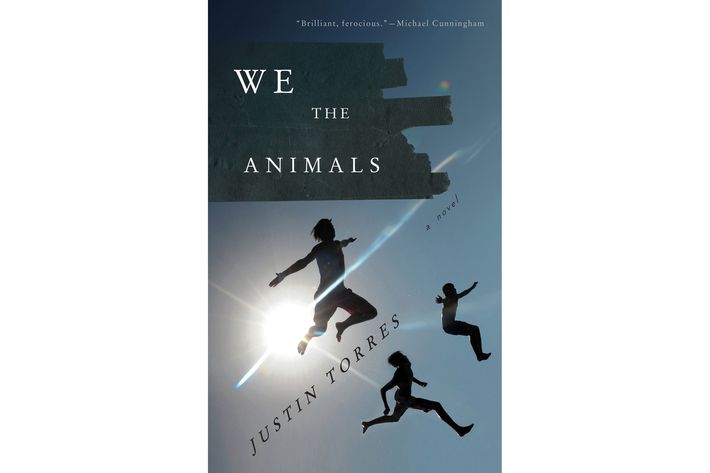 13. We the Animals by Justin Torres (2011)
For a novel that’s volatile and messy, We the Animals is also remarkably controlled — there’s not an extraneous word to be found. It unfolds in gushes of memories, the recollections of the youngest son in a poor biracial family, in which rare moments of exuberance and tenderness are juxtaposed against the chaos of daily life. 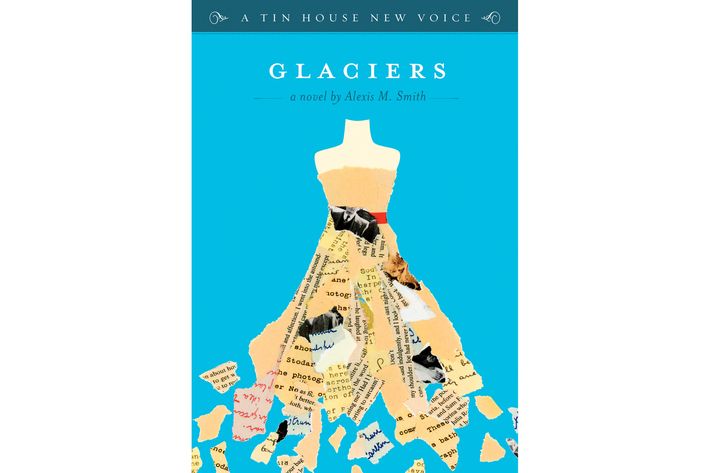 14. Glaciers by Alexis M. Smith (2012)
A must-read if you like vintage clothes, the smell of old library books, and unrequited love. Alexis M. Smith’s novella about finding the beauty in damaged things is sweet but never twee, sensitive but strong. 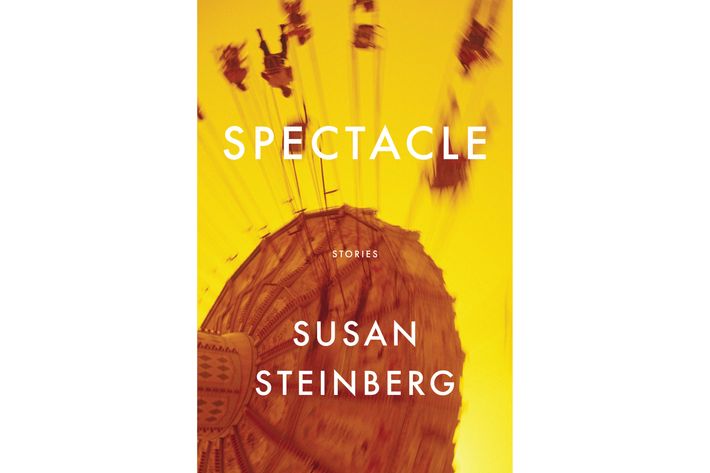 15. Spectacle by Susan Steinberg (2013)
“The world should not be about wanting and wanting the way it was when I was younger and dumber, drawing in my bed, drawing some asshole’s name on my hand, and hearts. But here we all are.”

Yes, Spectacle has been described as “experimental,” but please know that I’m using the word to describe a style of writing that feels exciting and new and different, not pretentious or unnecessarily complicated. The linked stories in Spectacle feel like they’re breaking new ground even as they zero in on universal emotions. 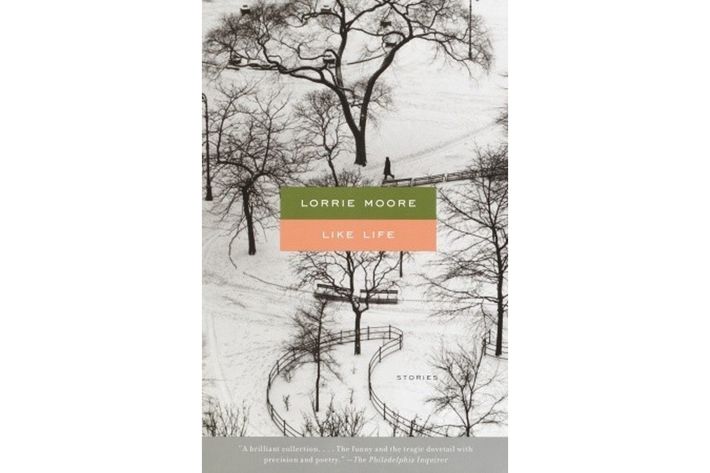 16. Like Life by Lorrie Moore (1990)
If you’re new to the magic of a perfect Lorrie Moore short story, this slim collection is a great place to start. You’ll get a sense of her word play, her cleverness, and wry humor even in times of great despair. Bonus: “You’re Ugly, Too” is one of the best short stories of all time, and it’s contained within these pages. 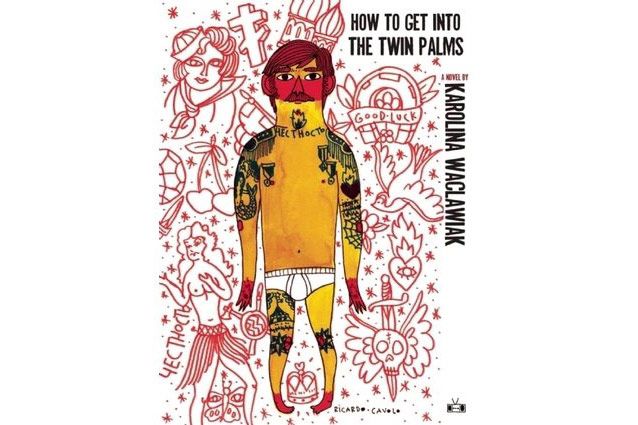 17. How To Get Into the Twin Palms by Karolina Waclawiak (2012)
Karolina Waclawiak is a fearless writer, and her debut novel’s self-destructive heroine is motivated by loneliness and longing. A Polish immigrant struggling to make her way in L.A., Anka makes herself over as a Russian moll to get past the bouncers at the hot club around the corner from her dingy apartment. 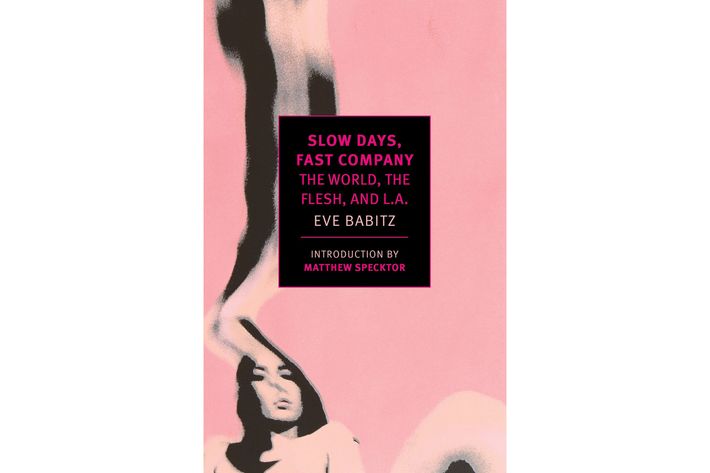 18. Slow Days, Fast Company by Eve Babitz (1977)
Pure throwback fun. Eve Babitz, a contemporary of Joan Didion and Renata Adler, is the ideal guide to Los Angeles in the ’60s and ’70s, a time and a place that are easy to romanticize — and these ten irresistible essays don’t let us down. Just like many a Hollywood “It” girl, they’re dishy, glamorous, and simultaneously sad and sunny. 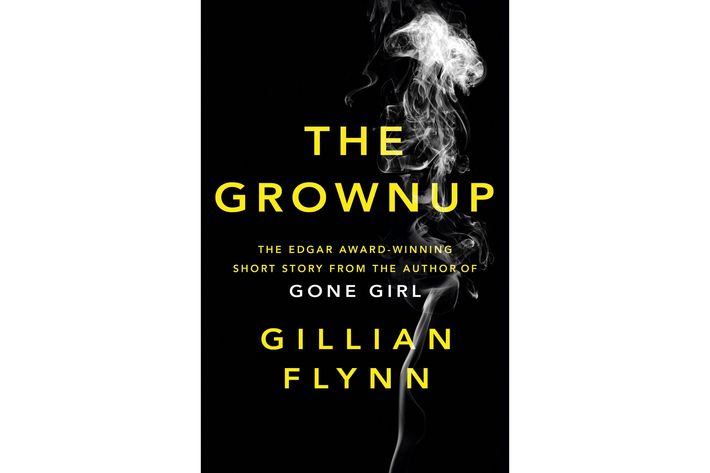 19. The Grownup by Gillian Flynn (2015)
You know her, you love her, but you may have skipped her longish short story published as a stand-alone book in 2015. Perfect for Halloween, The Grownup is a spooky tale of manipulation and potential murder that flies by.

the dumping ground 1 min ago
Hollywood Forgot About the August Movie Studios have been understandably cautious in 2022, but the decision to not extend their great comeback summer is a strategic miscalculation.
By Bilge Ebiri
last night on late night 12:39 a.m.
David Alan Grier, Alive, Hosts Jimmy Kimmel Live What, winning a Tony isn’t enough to keep a man in your thoughts?
abortion rights Yesterday at 11:00 p.m.
Studios on Abortion Access: We’re Working on It Studios are “committed to continuing to evaluate ways that we can best provide for our employees and workers who support our productions.”
overnights Yesterday at 9:00 p.m.
The Real Housewives of Beverly Hills Recap: All Bark No Bite It takes Melissa singing in Dorit’s modern farmhouse to end Lisa and Sutton’s tired feud.
shootings Yesterday at 8:42 p.m.
The Man A$AP Rocky Allegedly Shot Is Suing Him A$AP Rocky was charged with assault with a deadly weapon in connection to a shooting in November of last year.
accidents Yesterday at 7:30 p.m.
Anne Heche in a Coma, Under DUI Investigation, Following Car Crash According to a representative, she has remained in a coma since shortly after the accident.
before they were stars Yesterday at 6:58 p.m.
How Prey’s Dane DiLiegro Went From Butcher/Pro-Baller to Alien Predator Ball is life, meat is murder. Herein lies the central tension of a Predator.
trailer mix Yesterday at 6:27 p.m.
HBO Max’s Pennyworth Gets a SEO-Friendly Subtitle for Season 3 The spy who came in (to service) from the cold.
ad ventures in wonderland Yesterday at 5:56 p.m.
Disney+ Is Ready to Raise Its Price (and Serve You Ads) Hulu will be charging more as well.
disentanglements Yesterday at 5:42 p.m.
Olivia Wilde Says Jason Sudeikis Tried to ‘Embarrass’ Her in Custody Battle … when she was served with custody papers onstage at CinemaCon.
follow-ups Yesterday at 5:37 p.m.
Better Call Saul Creator to Develop New Show Outside the Breaking Bad Universe Better call Vince (if you want to make good TV).
close read Yesterday at 5:18 p.m.
Better Call Saul’s Most Surprising Crossover Transcends Fan Service There’s a lot more to Kim Wexler and Jesse Pinkman’s chance encounter than meets the eye.
coming soon Yesterday at 5:02 p.m.
What (or Who) Is Bones and All Cooking Up? The new teaser shows Timothée Chalamet and Taylor Russell hungry for love.
human rights Yesterday at 3:44 p.m.
Nearly 400 Directors Join TV Writers to Demand Safe Abortion Access Judd Apatow, Barry Jenkins, Joey Soloway, and more push studios to respond.
buffering Yesterday at 3:00 p.m.
The HBO Max Rumor Mill Was Wrong — But There’s Still Pain to Come David Zaslav faces more bad headlines as he remakes Warner Bros. Discovery.
rip Yesterday at 3:00 p.m.
Lamont Dozier, Motown Songwriting Legend, Dead at 81 Berry Gordy, Diana Ross, and more pay tribute to the songwriter who made hits for the Supremes and the Four Tops.
women's news Yesterday at 2:47 p.m.
Reductress Commits to Satire of Capitalism by Being Acquired By Phenomenal Media, which is led by Meena Harris, Vice-President Kamala Harris’s niece.
vulture lists Yesterday at 2:30 p.m.
45 Page-to-Screen Adaptations to Add to Your 2022 Reading List Bullet Train, new Lord of the Rings and Game of Thrones shows, and more.
so random Yesterday at 2:03 p.m.
The Biggest Plot Twists in the Simon & Schuster Antitrust Trial The publishing world’s inner workings come to light.
switched on pop Yesterday at 1:55 p.m.
What Kelis’s ‘Milkshake’ Was Bringing to Beyoncé’s ‘Energy’ A musicological breakdown of Renaissance’s most controversial sample.
More Stories