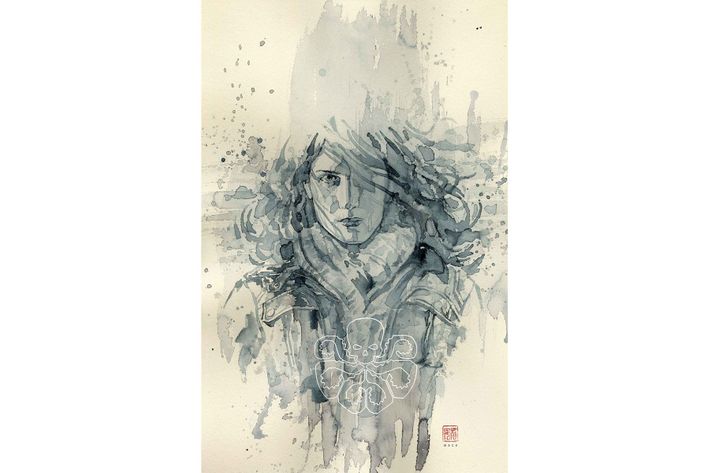 Jessica Jones by Brian Michael Bendis, Michael Gaydos, and Matt Hollingsworth (Marvel)
Few corporate entities do brand synergy as well as Marvel, so it was weird that its comics division didn’t have a Jessica Jones series on shelves when its TV division launched Marvel’s Jessica Jones on Netflix last year. I mean, sheesh, they gave freaking Rocket Raccoon his own title when Guardians of the Galaxy came out. Well, late has been better than never: There’s a new Jessica book out and it’s extremely promising. Titled Jessica Jones, it reunites the team that invented the character in the pages of Alias, way back in 2001 — Brian Michael Bendis, Michael Gaydos, and Matt Hollingsworth — and they haven’t missed a beat. We’re two issues in, and everyone’s favorite slightly superpowered screw-up sleuth has found herself in a sticky situation involving cosmic shifts in reality, a mysterious stint in jail, and the frustrations of marriage. If you, like many fans of the show, don’t particularly care about the intricacies of Marvel continuity, you’re in luck, as this sucker has about as much regard for superheroism as Jessica does — which is to say, basically none at all. 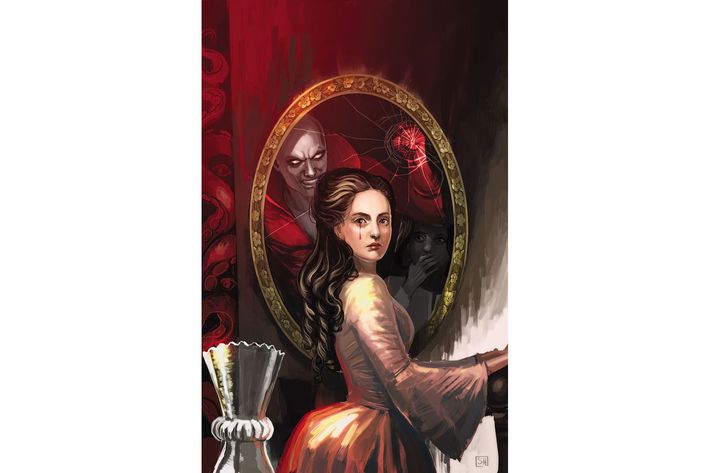 Deadman: Dark Mansion of Forbidden Love by Sarah Vaughn, Lan Medina, and José Villarubia (DC)
Between this series and The Handmaiden, 2016 is turning out to be a good year for queer gothic romance thrillers starring women. Deadman is a longstanding DC Comics C-lister, an undead, spandex-clad crime fighter who can occupy the bodies and minds of living folks. But the fantastically named Deadman: Dark Mansion of Forbidden Love has zilch to do with the superhero genre so far. It follows Berenice, a woman who can sense ghosts and who runs away from a nasty breakup by spending time in a haunted mansion. As it turns out, Deadman is also there, and together, they stumble upon crimes of the past that ominously linger in the present. The color-washed artwork from Lan Medina and José Villarubia is magnificently atmospheric and Ada + Alex alum Sarah Vaughn provides just enough winks to keep you engaged without showing any disrespect for the tropes of gothic horror. Plus, there’s a bit where Deadman has to learn about non-binary gender pronouns, and if that’s not progress, I don’t know what is. 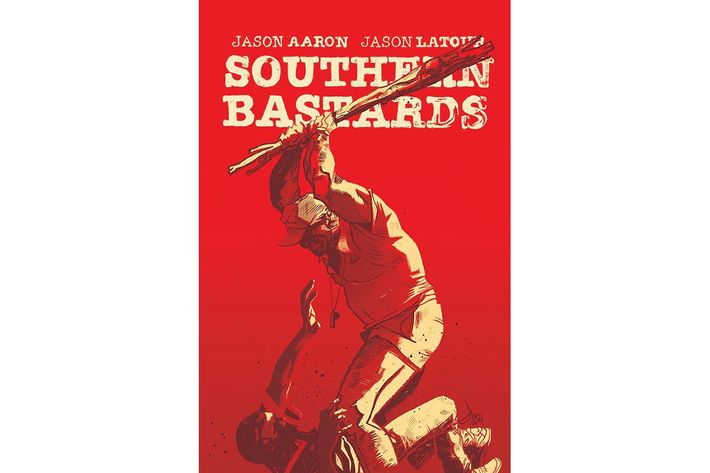 Southern Bastards by Jason Aaron and Jason Latour (Image)
We’re hearing a lot about how urgent it is for coastal/northern/urban folks to better understand small-town red-staters, and I can’t tell whether Southern Bastards is the worst way to do that or one of the best. Jasons Aaron and Latour are both Southerners by birth and their deeply complicated relationship with that region has allowed them to create one of the most acclaimed and thought-provoking comics narratives currently being published. Southern Bastards follows the conspiracies and aspirations of the population of a fictional Alabama county where the ribs are thick, the air sticks to your face, and the football coach can commit whatever crimes he sees fit. But though the story punches brutally at ignorance and bigotry, it also has a profound amount of empathy (oh, that word) for even the most odious wearers of Confederate neck tattoos. Think of it as Friday Night Lights with Cormac McCarthy as showrunner. 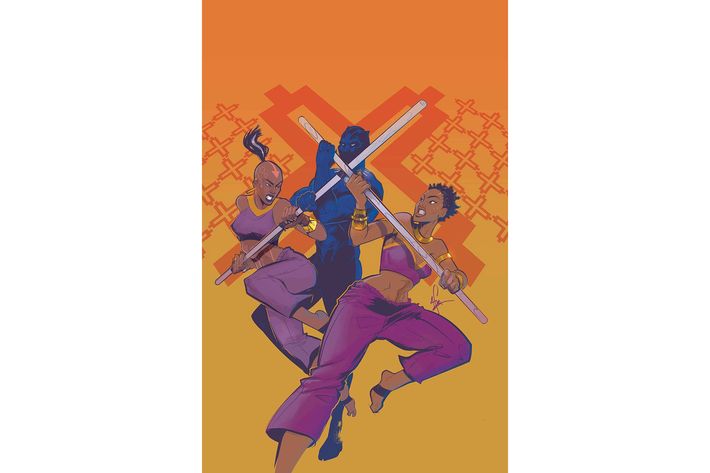 Black Panther: World of Wakanda by Roxane Gay, Ta-Nehisi Coates, Yona Harvey, Alitha E. Martinez, Rachelle Rosenberg, Afua Richardson, and Tamra Bonvillain (Marvel)
A few months back, Marvel Comics got a drubbing from the geek commentariat for its dearth of black women in creative roles. Soon afterward (though I’m told the timing was coincidental), the publisher announced that a black woman would be writing a new series — and not just any woman, but Roxane freaking Gay. On top of that, it would feature artwork from a black woman and backup stories written and drawn by black women. The series, Black Panther: World of Wakanda, is a spinoff from Black Panther — the acclaimed superhero title written by Ta-Nehisi Coates with artwork from Brian Stelfreeze, Chris Sprouse, and Laura Martin — but you don’t need any background information to read it. It’s just juicy action stories about African women caught up in queer romance and revolutionary insurrection. Buy this book so they’ll make more like it. 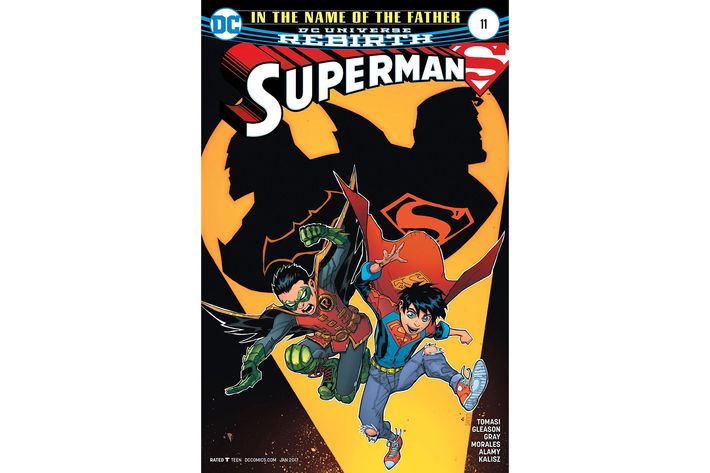 Superman by Patrick Gleason, Peter J. Tomasi, Doug Mahnke, Christian Alamy, Jaime Mendoza, and Wil Quintana (DC)
A few weeks ago, DC Comics co-publisher Dan DiDio and I were talking about the dire financial and critical circumstances his company found itself in last year, and he turned the conversation to the Man of Steel. “Superman is integral — not our best-selling character, but he’s integral to the heart and soul of DC and the recognizability of the line,” he said. “If Superman is not working, the line feels disconnected.” Amen. A 2011 reboot had replaced Supes with a younger, angrier version of himself, and despite the best efforts of some top-notch creators, no one seemed able to make the guy resonate. Wisely, they killed him off and re-replaced him with the mature Kryptonian the world knows and loves, and his eponymous series has become one of the better things DC is cranking out. Superman is currently focused on Clark’s attempts to raise a son, occasionally in tandem with Batman, who also has a youngster to wrangle. Patrick Gleason and Peter J. Tomasi have a terrific collective wit and the art team provides sunny, bombastic action that’s quite befitting of the first superhero. DC as a whole is better for this book. 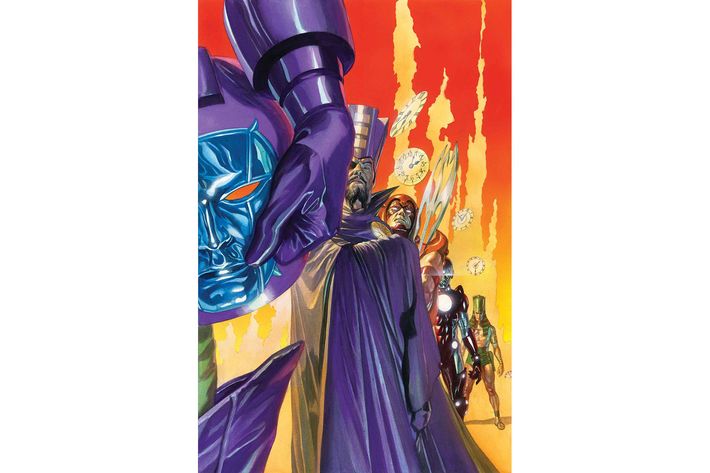 Avengers by Mark Waid, Mike del Mundo, and Marco d’Alfonso (Marvel)
Mark Waid is one of the most dependable writers in superhero comics, but he had a rare misstep with his last Avengers series, All-New All-Different Avengers. It wasn’t bad, but it felt aimless and uninventive. He seems to have turned on a dime, though, as the recently launched Avengers wraps itself around a giddy excitement that I haven’t sensed in an Avengers title in years. Perhaps it’s the painted artwork from Mike del Mundo, which is so luscious and emotionally evocative that it scarcely feels like we deserve it. Perhaps it’s the ambitiously strange plot about various time-displaced versions of Kang the Conqueror conspiring to take on Earth’s Mightiest Heroes. Or perhaps it’s the addition of Spider-Man to the core cast, which facilitated one of the best panels of the year: “You are not disliked by everyone,” Thor tells him; Spidey replies, “Finally! The epitaph I’ve been looking for!” Enh, who cares — if it’s tasty, does it matter what the secret sauce is? 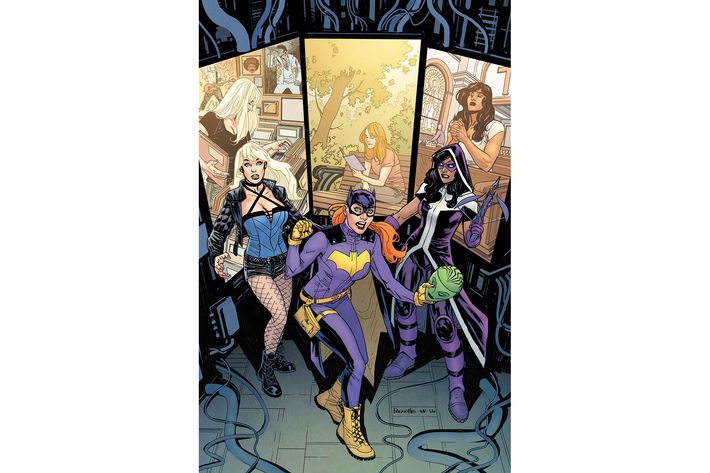 Batgirl and the Birds of Prey by Julie Benson, Shawna Benson, Roge Antonio, and Allen Passalaqua (DC)
When the Birds of Prey debuted in 1999, they were a genre-altering concept: an all-female superhero team. I wish I could say that sort of thing has become the norm by now, but such squadrons are still all too rare. That makes it all the more important that a new Birds of Prey book has hit stands, and that it’s quite good. The series follows Batgirl (who has her own solo series, which is also worth checking out), Black Canary, and Huntress as they join up and overcome their infighting in order to track down someone who’s stolen Batgirl’s old moniker of Oracle. There isn’t anything thematically meaty here — just clever, pulpy action. Of particular note is the color work from Allen Passalaqua, who manages to simultaneously provide back-alley moodiness and poppy superhero color without making your neck snap from whiplash. 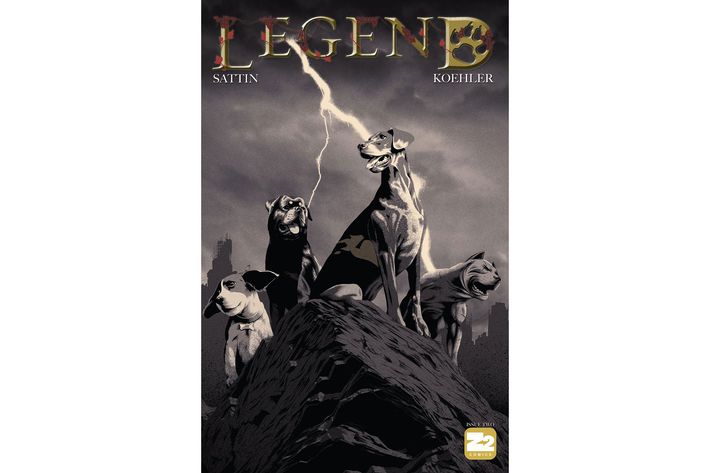 Legend by Sam Sattin and Chris Koehler (Z2 Comics)
Full disclosure: I have pets and am therefore probably biased in favor of Legend. This series follows a motley band of dogs and cats as they trudge through a postapocalyptic urban wasteland years after all the humans were either wiped out or mutated by a mysterious virus. Suspend your disbelief about the fact that they somehow all know how to talk to each other and this overlooked title will enthrall you. The plot setup is quite grim, and Chris Koehler’s artwork — somewhat like a Lynd Ward woodcut made on Adobe Illustrator — sets a dour mood. But Sam Sattin’s characterization is charmingly rich and his narrative is surprisingly earnest, given the whole “talking pets” thing. The end product combines the arduous paths of The Fellowship of the Ring with the detritus-based visual evocativeness of Mad Max to create a story that will make any pet-lover hold their furry buddy close for fear they might lose them when the world ends.