La La Land is an exuberant love letter to old movies, in both its story (a modern Hollywood romance between aspiring actress Mia and jazz pianist Sebastian) and its many gleeful cinematic references. Here, writer-director Damien Chazelle and star Emma Stone take us through the building blocks of an intricate party-scene sequence that starts with Mia being cajoled by her roommates — and climaxes with a showstopping poolside dance extravaganza.

“This was the first scene we shot,” says Stone. “So I was trying to calibrate who Mia was.” Chazelle says: “In terms of tone, it borrows from ‘I Feel Pretty’ in West Side Story — the idea of a character being reluctantly ushered into a number.”

For the production design, “we were trying to push the color palette as far as possible,” Chazelle says. “I was thinking of Vincente Minnelli, who was a master of color.” For example, this scene from Minnelli’s An American in Paris. 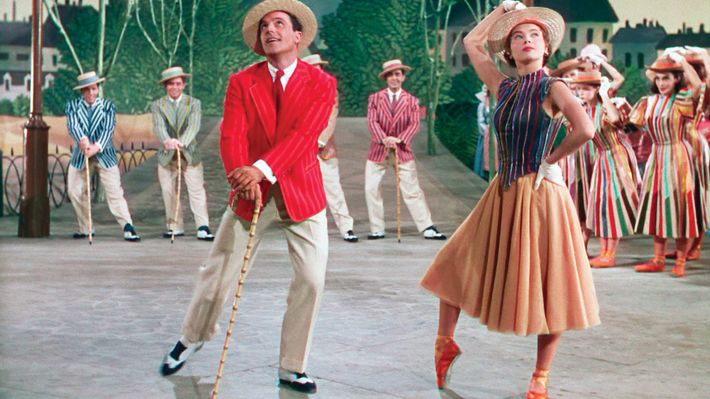 “The party is a mix of influences,” says Chazelle. “The stylized movement of the dancers is very Bob Fosse. Sweet Charity (pictured) has a great party sequence. Even parts of GoodFellas — how the camera moves around in the party scenes.”

Always save the shark.

“Emma really lets this number dance around her,” Chazelle says. “We were saving our ammo for a duet that comes later with Ryan [Gosling]. We didn’t want to give away too much — like how you wait before you really see the shark in Jaws.” 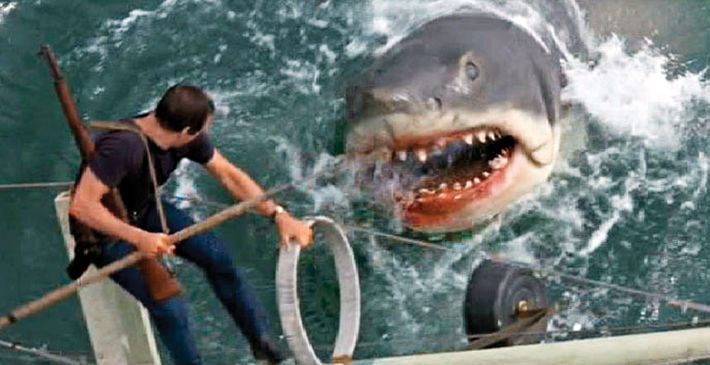 *This article appears in the November 28, 2016, issue of New York Magazine.

overnights 12 mins ago
Vanderpump Rules Season-Premiere Recap: Hubba Bubbas Vanderpump is best when the cast has organic interactions, not Lisa’s stupid improv sketches.
cancel culture 9:28 p.m.
If You’re Reading This, Your Favorite Show Is Canceled All the TV shows we’ve lost in 2023, including Reboot and Gossip Girl.
vulture sports 7:48 p.m.
Release the Gay Cut of 80 for Brady Gus Kenworthy says his smooch with Brian Jordan Alvarez was cut from the flick.
trailer mix 7:06 p.m.
‘Strays’ Trailer: Will Ferrell Is a Dog That Cusses A talking dog vows revenge on the jerk who abandoned him.
sequelitis 6:38 p.m.
Disney Working on Sequels to Frozen, Toy Story, and Zootopia Bob Iger’s plan to stop Disney from going broke? Sequels, baby.
grammys 2023 6:04 p.m.
Dee Barnes Thinks It’s a Choice to Name Grammy Award After Dr. Dre “They named this award after an abuser … you might as well call it the ‘Ike Turner Award.’”
everyone gets a turn 6:00 p.m.
The Daily Show Sets Its Second Slate of Guest Hosts Hasan Minhaj, Marlon Wayans, Kal Penn, Al Franken, and John Leguizamo take the show into April.
yawn solo 5:33 p.m.
Harrison Ford Isn’t Anxious. You’re Just Boring. In a searingly honest confessional, the 80-year-old actor came out … as not having social anxiety.
coming soon 4:40 p.m.
Owen Wilson Is (But Isn’t) Bob Ross in Paint If it looks like Bob Ross, walks like Bob Ross, and paints like Bob Ross, it’s Owen Wilson in the Paint trailer.
trailer mix 3:36 p.m.
Hungry Guys Will Be Treated to Some Movie Trailers at the Super Bowl No time for Totino’s when the Scream VI trailer is premiering
explainers 3:10 p.m.
What the Great Netflix Password Crackdown Means for You Let’s talk about it.
vulture lists 2:00 p.m.
15 Great Valentine’s Day TV Episodes You Can Stream Right Now Parks and Rec, New Girl, Friends, and more.
america has a problem 1:35 p.m.
The Beyhive Slashed Its Ivy Park Budget by 50 Percent New reports suggest people were saving for Beyoncé tickets instead of buying her streetwear.
you are getting sleepy 1:00 p.m.
Joe Pera, the Sleep King Talking to the comedian and his collaborator Ryan Dann about their new podcast, writing songs, and being slow.
improv 12:47 p.m.
Colin Mochrie Reflects on Over 30 Years of Whose Line Is It Anyway? “The short answer is, as of now, this is the last season with this cast.”
By Caitlin Wolper
vulture 10x10 12:12 p.m.
The Louboutin Puzzle 30-Across, Five Letters: Movie with Space Jockeys
hbo axe'd 12:05 p.m.
Looks Like Discovery+ Doesn’t Need HBO Max After All The combined service is still coming, but one streamer gets to stand apart.
ftw 11:35 a.m.
The Late Late Show to Be Replaced by Reboot of @midnight Stephen Colbert will executive-produce a reboot of the Comedy Central game show.
househusbands 11:24 a.m.
The Types of Men You Find on Real Housewives In the Bravo-verse, the men have their own special status.
what happened here 10:36 a.m.
A Breakdown of Armie Hammer Allegations, Controversies, and Time-share Drama Elizabeth Chambers says she learned about the allegations against her estranged husband as the public did.
More Stories