Picking up where we left off two weeks ago, now A.T. (After Trump), they’ve got Majid Nassar, but he won’t talk. The look on President Kirkman’s face is one of confusion, and then of frustration, because he can tell he’s going to have to tap into Bauer mode and get information for himself. “Where’s a BIC lighter and a plastic spoon and a glass of Newman’s Own Lemonade and some embalming fluid,” he most certainly thinks to himself.

The president has a meeting with the governors. En route, he sees his security guard, Mike, and a completely random conversation takes place. We learn Mike will not be accompanying Jack to the event, and instead is going bowling with his brother. So get ready for one of two things: Mike is about to die or Mike is a mole for the terrorists.

Sorry to keep it so real, but that’s what’s up.

We go to the meeting, which is a fancy dinner for all the governors. In the corner, we see the White House press corps, something that could not exist come 2017.

Jack is giving a hell of a speech, even making people laugh — something we haven’t seen a lot of so far. “Go Jaaaack, go Jaaaack,” I thought, as I continued to hide under my blanket, still barely capable of getting out of bed because America just vomited on the floor and half the country decided the floor splatter was a Pollock.

The shooting was coming from the outside, so no one inside got hit, but the shooter is still on the loose on White House grounds. This isn’t good — there was some worry that gathering yet another collection of American leaders in the same room could prove disastrous, but their security team claimed to be ready. Apparently, not ready enough. (As I typed that last sentence, I said, “Apparently, not ready enough” in movie trailer voice. So you know.)

On the Malik Yoba and Maggie front, they’re in a pickle. Right before the shots rang off, Aaron and Emily ran into MacLeish at the party. And wanted to know if he would be interested in the VP position, his answer being “yes.” This is stressful for Yoba because the FBI is involved in the vetting process — but only Yoba and Maggie know that MacLeish is definitely dirty. Since, you know, he found a way to hide in the secret bomb shelter in the Capitol when everyone else died.

Oh, there’s something else I forgot — apologies, I was a little distracted thinking about how Kirkman had never been elected or held a military position and is now president, much like Trump, except for the fact that Kirkman doesn’t want a “total and complete shutdown of Muslims entering the United States.”

But I digress. Here’s what I forgot to mention: The shooter at the White House pledged his allegiance to Nassar. Now that we know about MacLeish, it’s pretty clear that Nassar isn’t behind the Capitol bombing. But until the MacLeish intel is known, everything that’s Nassar-related is going to seem connected to the original attack.

Eventually, Jack goes back to a big room with all the governors to have a meeting about appointees.

That lady in the middle? TROUBLE. We already saw her earlier, giving the president sass, and she’s back at it in the meeting. Something to note: This show paints governors like MONSTERS. And maybe they are, but outside of the terrorists, the show’s second-biggest bad guys are the leaders of each state. And in this room — in the White House, JACK’S HOME — this lady begins to essentially put Jack on trial with the quiet support of her fellow governors. She says he needs to answer all of their questions and then they’ll consider doing what he wants.

It’s mad rude. With that said, maybe the governors will do this to President Trump — he, also an unproven leader. Maybe they’ll make him pass a spelling bee. That’d be fun. The only problem is that if he misspelled a word, he’d say the way he spelled it was right, and then he’d ban the spelling of non-English words and have bees killed at an even more alarming rate.

I don’t know if it’s clear, but my heart’s not really in this episode. But we’re going to get to the end, I promise.

Anyway, Jack has agreed to the governors’ interrogation against the advice of Emily and Aaron. Equally smart and/or dumb, Kal Penn gets flirty with someone in the press corps, which is very West Wing C.J. and Danny. I can’t wait for everyone to find out about it and/or for her to be a terrorist.

Here’s how it goes for Jack. A few of the governors gang up on him and it all ends with him basically saying, “Well, maybe I’m not fit to be the president.” And then he walks out.

This episode is spiraling, but I’m not sure if it’s in a good or bad way. The FBI gets Nassar to essentially admit that he and his group are taking the blame for someone else’s bombing. It doesn’t tie the Capitol attack straight to MacLeish, but it’s a step in the right direction. As for the governors, Jack goes back in the room and makes a speech. It turns out enough of the governors will get behind him … as long as he halts all immigration into the country until “the dust settles.” 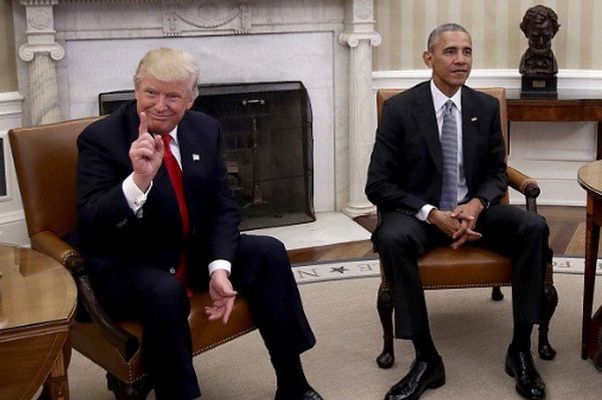 And then it’s time for another story line. A bunch of refugees needed to land in Florida, but the governor was being terrible. (Again, governors on this show are monsters.) White FLOTUS figured out a way to get them clearance in Missouri, but Jack had to do a deal to get them sent elsewhere. WFLOTUS is furious, saying these people were promised a better life in America.

You can hear it in his voice. He knows it’s better there.

This episode ends with all types of cliffhangers, as Designated Survivor always does. Kal Penn is about to go on his first date with the journalist, but she wants to ask him about something she heard from a source first: “THAT PRESIDENT KIRKMAN IS NOT LEO’S DAD.” Kal’s expression shows that he does not know about this development. And then right before it all ends, Maggie and Yoba get a call — it’s about Nassar.

This will be a much more enjoyable show to watch next week. But come next year (and seasons to come), it’ll take on an entirely new meaning. President Kirkman will act less as a metaphor for the current president, and more as a much-needed escape from reality. See you next Wednesday.