Binge-watching is easy; just drag the laptop into bed and go. But savoring a book of, say, 800 pages or longer is a project. No book that size is perfect, because excess is kind of the point. What marathon runner doesn’t curse the universe or even get bored once in a while? That doesn’t negate the rush of endorphins or the thrill of mastery. If you power down your iPhone and power through to the end, one of these books might change your life. 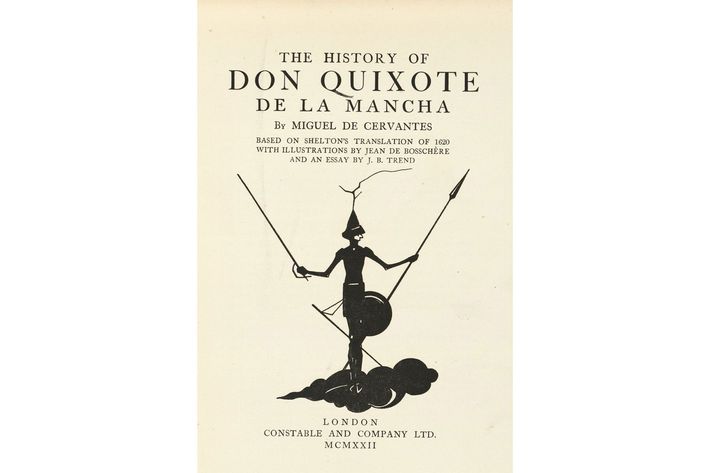 Don Quixote, by Miguel de Cervantes (1605, 976 pp.)
The novel and the satire were born at the same time in this series of misadventures befalling the romance-besotted mad knight errant and his sane sidekick. The nested stories are very much rooted in post-medieval Spain, but the pratfalls are timeless; self-delusion knows no cultural barriers. 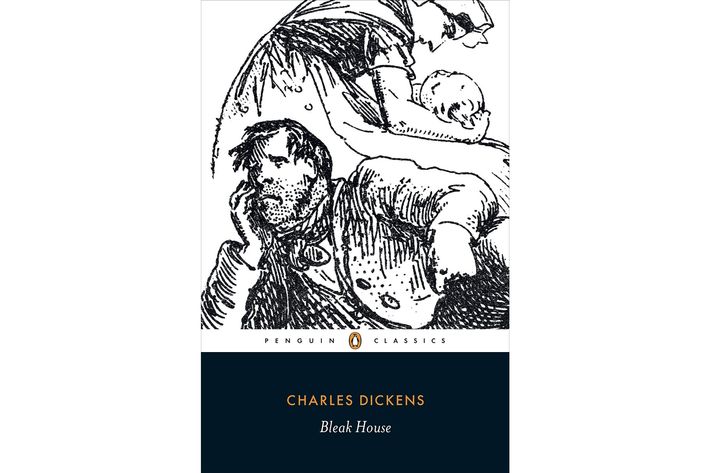 Bleak House, by Charles Dickens (1853, 960 pp.)
The great English novelist, here at his most grown-up, doesn’t do lawyers any favors. Following the money, he uses a single lawsuit over a dwindling inheritance to expose society’s role. But this is still Dickens: funny, heartfelt, and redemptive. 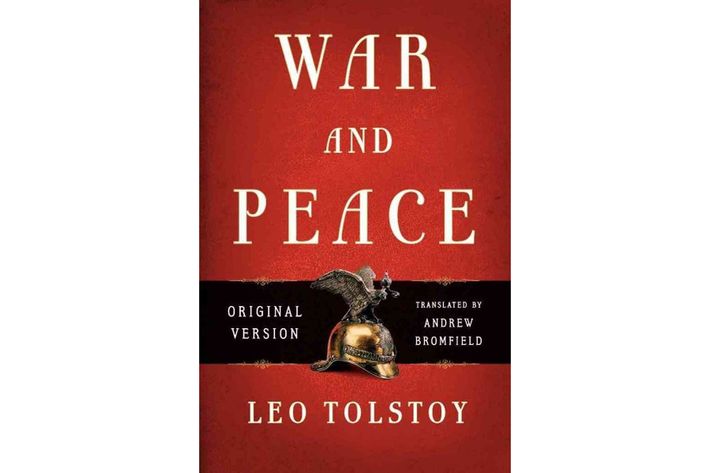 War and Peace, by Leo Tolstoy (1869, 1,296 pp.)
On top of everything else the Russian master accomplished in this historical novel about the Napoleonic era in Russia, he really nailed the title. By shifting focus from the battlefield to the home front and back, he captured the total effect of war on armies and aristocrats, husbands and wives. 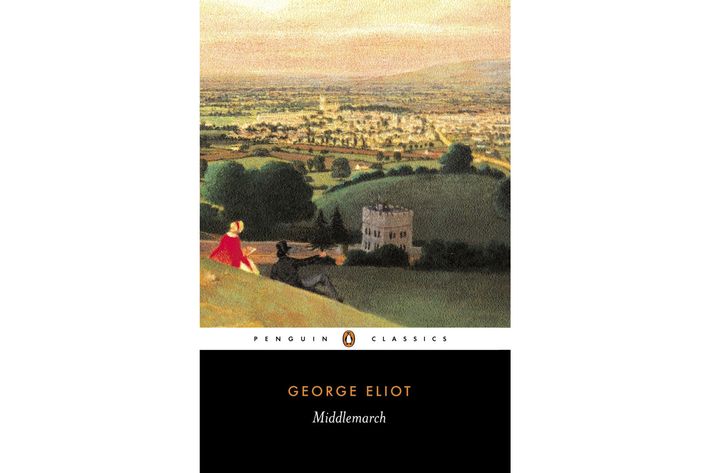 Middlemarch, by George Eliot (1872, 880 pp.)
Eliot was a world-builder in the classic sense; her fictional Middlemarch is an English town like many others, exemplary of bourgeois mores and the site of many parallel plots. The epic is made ordinary, and vice versa. 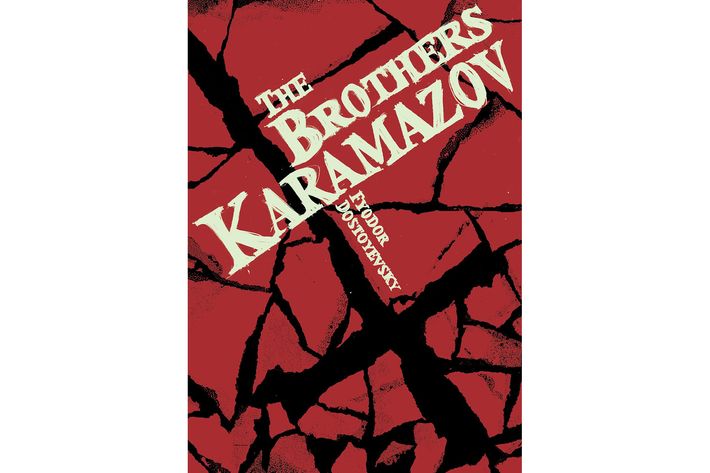 The Brothers Karamazov, by Fyodor Dostoyevsky (1880, 824 pp.)
Europe’s original existentialist might have gone darker in Crime and Punishment, but he captures a larger universe here, from the portrait of a family whose members achieve Christly heights and Trumpian lows to cerebral set pieces that would blow most novellas out of the water. 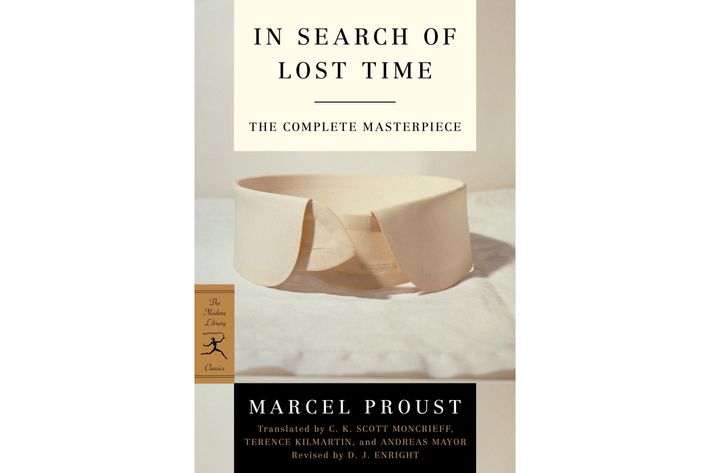 In Search of Lost Time, by Marcel Proust (1913–1927, 4,215 pp.)
It isn’t cheating to say that Proust’s series is really a novel. Even more than a few others here, this is a unified work — gorgeously written, recursive but not repetitive, and profound even when chronicling the shallowest of socialites. 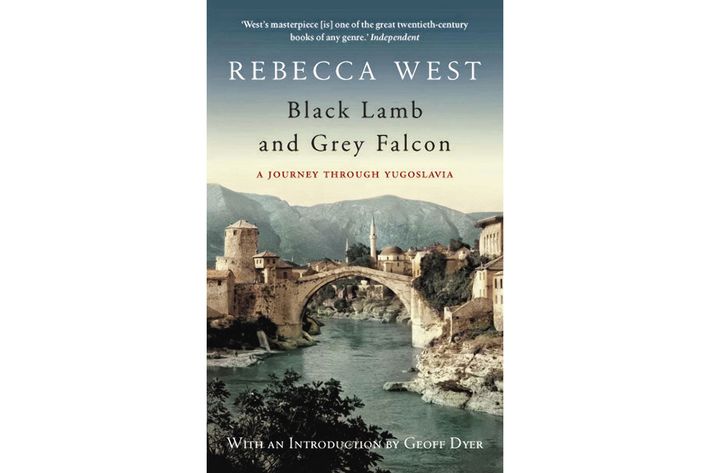 Black Lamb and Grey Falcon: A Journey Through Yugoslavia, by Rebecca West (1941, 1,181 pp.)
Interest in West’s book, a category-killer in several categories (travel book, cultural history, memoir), revived during the Balkan wars in the ‘90s  — which is appropriate for a book written on the eve of Nazi invasion. But as a wholly engrossing, never-flagging work of poetic journalism, it’s always worth reading. 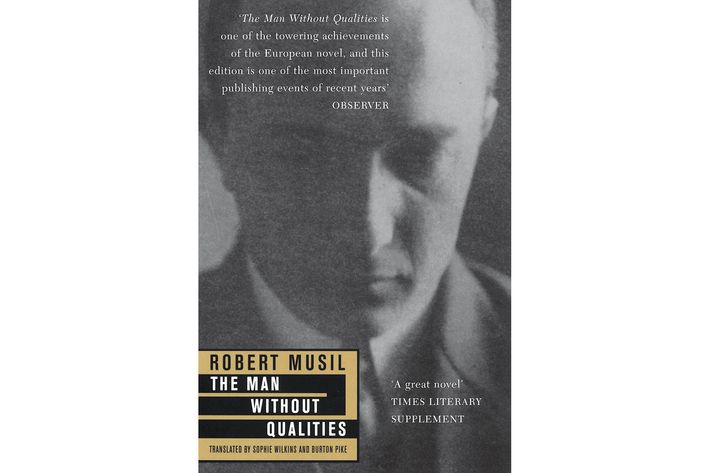 The Man Without Qualities, by Robert Musil (1943, 1,744 pp.)
If Musil’s colossus of philosophical and social fiction seems to peter out, that’s because he never finished it. But dissipation of the novel, whose title character is a reflective blank, mirrors the decadence of Viennese society around World War I — prosperous, rule-bound, beautiful, and doomed. 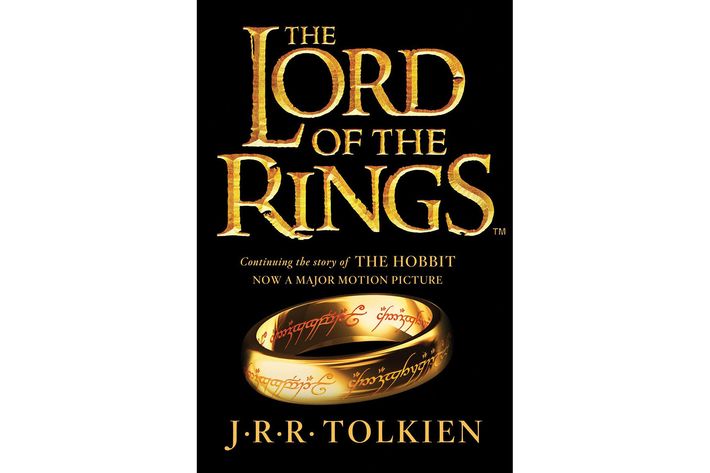 The Lord of the Rings, by J. R. R. Tolkien (1955, 1,178 pp.)
The trilogy is available in single volumes and best read that way. The pioneer of modern fantasy was also its perfecter, because he knew what it meant to create a universe. A professional linguist, Tolkien didn’t just invent; he used everything he’d learned and made it new. 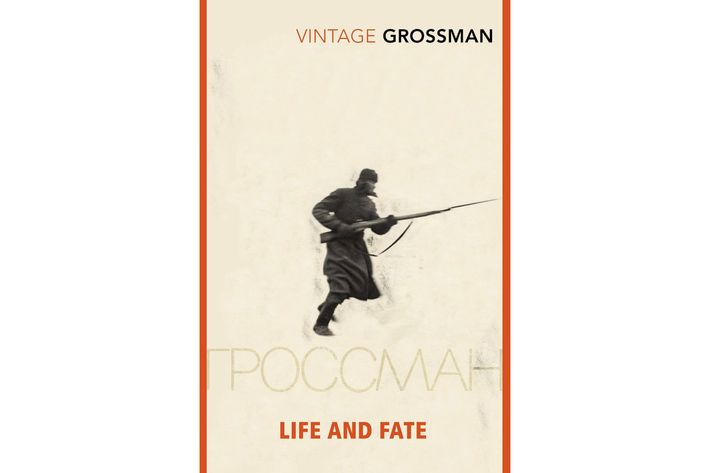 Life and Fate, by Vasily Grossman (1959, 896 pp.)
Though often compared to War and Peace, the long-suppressed World War II novel has more in common with war journalism, which Grossman practiced as a Soviet reporter on the front. He emerged from bloody battle with both a great story and a sly critique of the century’s two great monsters — Hitler and the one at home. 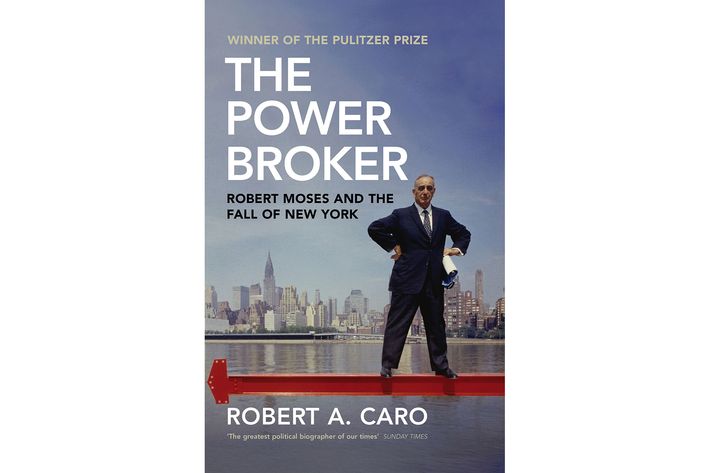 The Power Broker, by Robert Caro (1974, 1,336 pp.)
Before he embarked on his multivolume biography of Lyndon B. Johnson, Caro wrought justice on Robert Moses, cementing the uber-bureaucrat’s reputation as a destroyer of New York’s urban fabric in a masterpiece of very longform adversarial journalism. 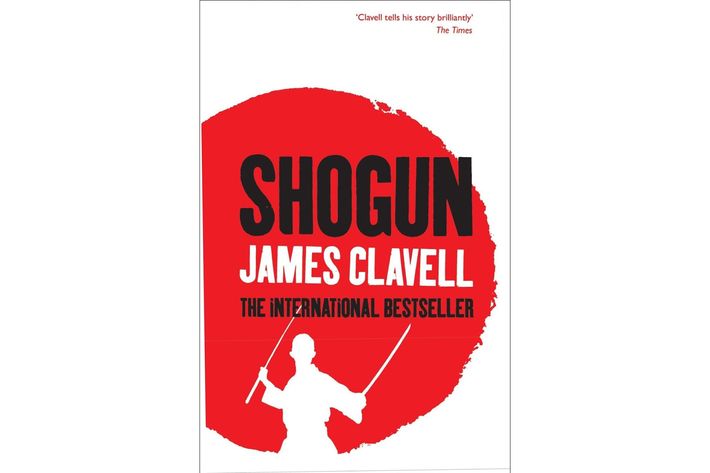 Shogun, by James Clavell (1975, 1,192 pp.)
A triumph of research and plot over character and subtlety, Clavell’s historical novel about an Englishmen who goes native with the first Japanese shogun is the first among equals of the James Michener era of middlebrow informational epics. 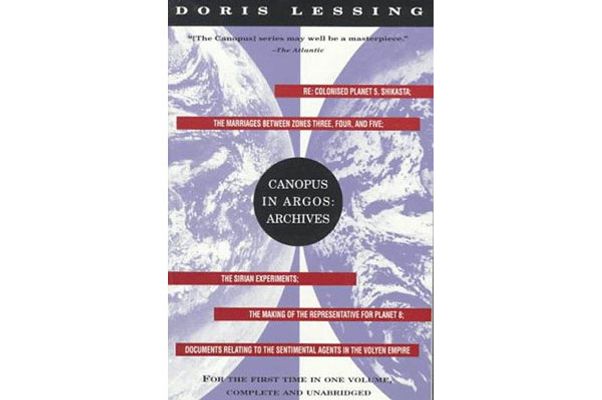 Canopus in Argos: Archives, by Doris Lessing (1979–1984, 1,228 pp.)
This may the deepest dive into sci-fi (Lessing called it “space fiction”) that any Nobel Prize–winner has ever attempted — five linked novels telling the universe’s secret history in the stories of interrelated planet-civilizations. Come for the fiction, not the science. 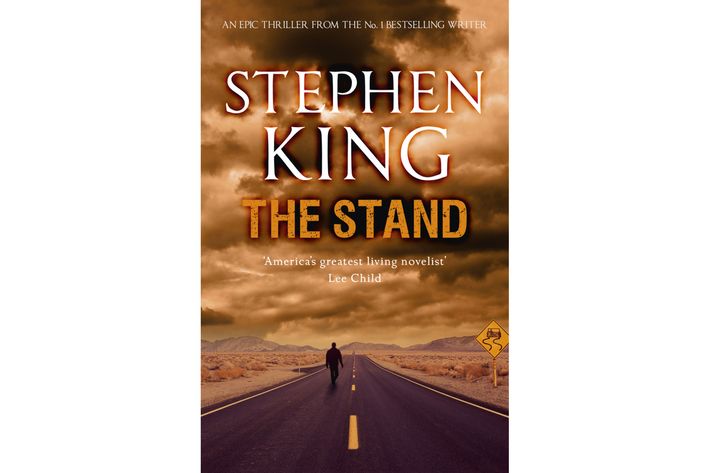 The Stand, by Stephen King (1978/1990, 823/1,152 pp.)
The original edition of King’s apocalyptic moral fable and the “Complete and Uncut” updated version both have their partisans. Good and evil are complicated but simply drawn, as in his more typical horror fiction. But given the space, King excels at texture. Which is to say, if you’re in for 800 pages, you might as well go uncut. 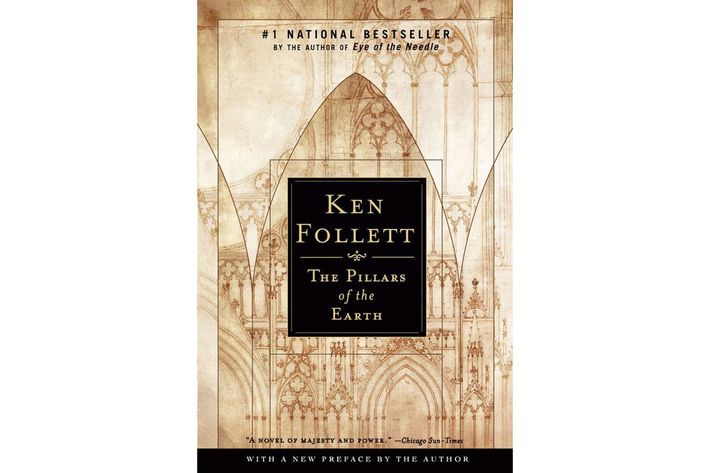 The Pillars of the Earth, by Ken Follett (1989, 816 pp.)
Like Lessing and King, suspense writer Follett went for broke in a genre new to him. Like the groundbreaking (and fictional) Gothic cathedral that rises in the course of his 12th-century-British historical work, the best seller soars, sprawls, and brims with humanity’s gargoyles. 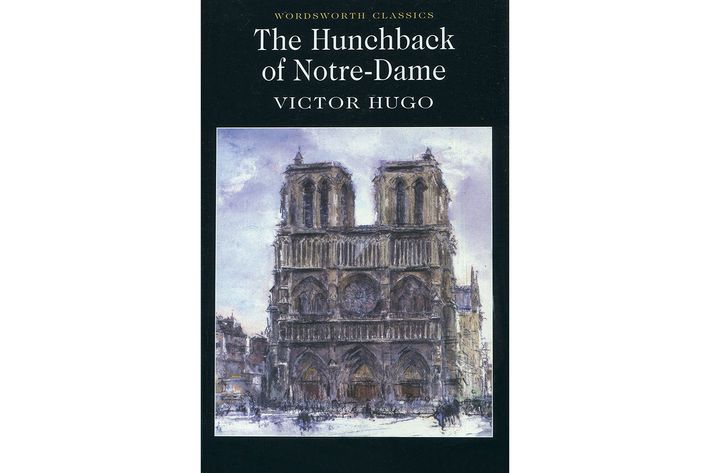 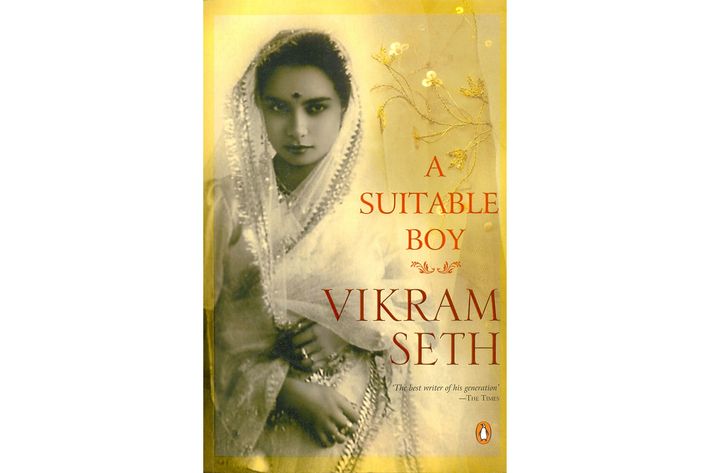 A Suitable Boy, by Vikram Seth (1993, 1,349 pp.)
Seth’s story, which follows one family’s search for their daughter’s perfect match but also India’s transition from feudal colony to partitioned mega-state, is so vast that it requires not one but four family trees in the front. Yet his language is unadorned and accessible; nothing gets in the way of the story. 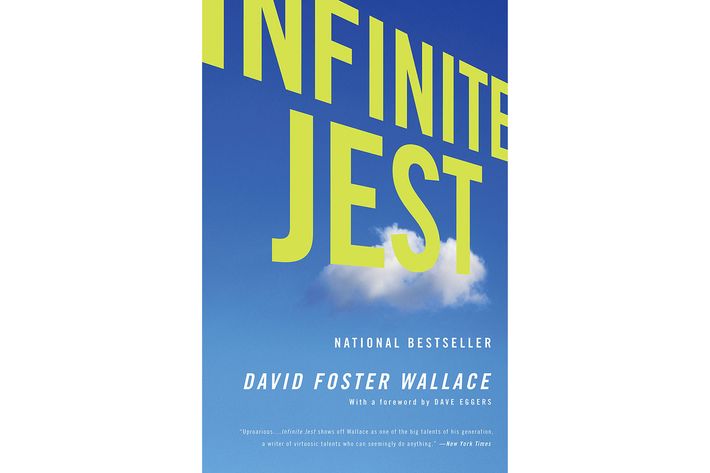 Infinite Jest, by David Foster Wallace (1996, 1,079 pp.)
Somehow the most difficult and the most approachable four-figure-page book you’ll read, Wallace’s monumental compendium of dystopia, comedy, tennis, drug recovery, and high-impact footnotes has been alternately under- and overrated for 20 years. It won’t likely be forgotten. 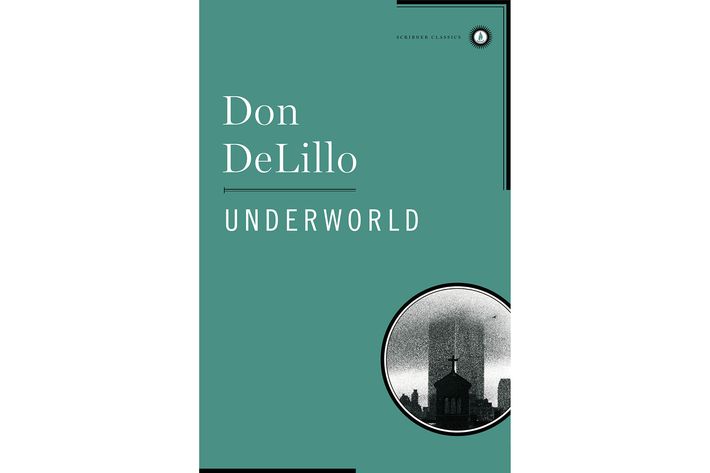 Underworld, by Don DeLillo (1997, 827 pp.)
Probably the best very long novel of the last century, it’s a Great American one, too, and a pure distillation of New York, from its home-run opening (the “Shot Heard Round the World” that won the Giants the 1951 pennant) to the glories and horrors of the then-present day, which is where that winning baseball ends up. 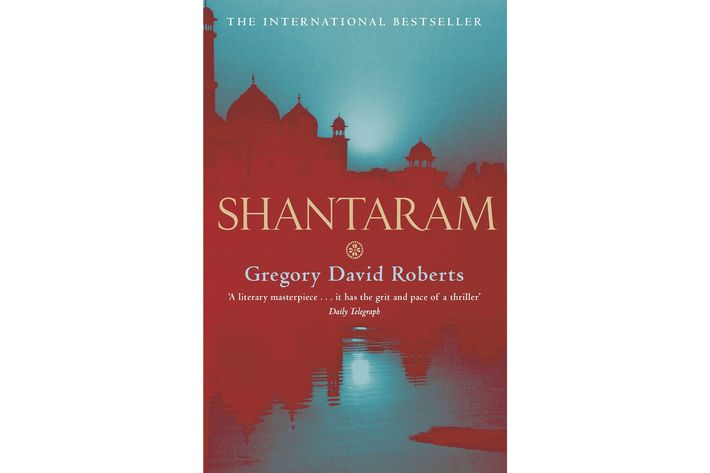 Shantaram, by Gregory David Roberts (2004, 936 pp.)
Bombay and bombast reign in Roberts’s fictionalized account of his escape from an Australian prison to India, where, in swashbuckling scene after narrow escape, he is tortured, sexed up, and enlisted in a gang of Afghan gunrunners. Who cares how much it’s true, or literary? Even when unintentionally funny, it’s enormous fun. 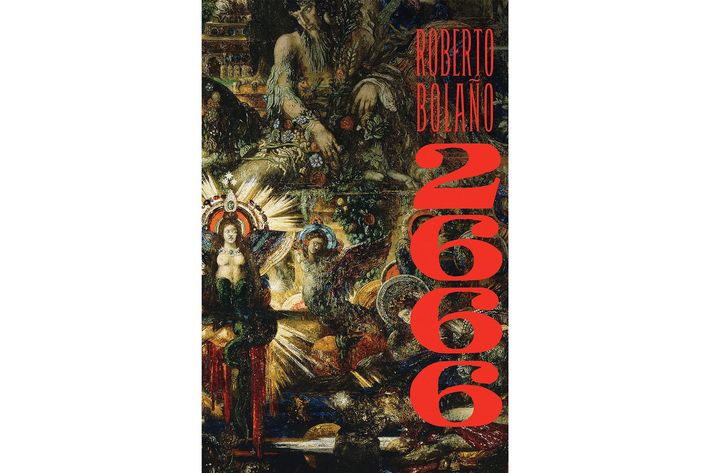 2666, by Roberto Bolaño (2004, 912 pp.)
The structure of the late pan-Latin author’s magnum opus is deviously simple — the mystery of a writer’s identity explored in five “Parts.” The first is playful, about literary academics; the fourth is a deliberately numbing catalogue of gruesome murders. Across all chapters, the sentences beguile and the story devastates. 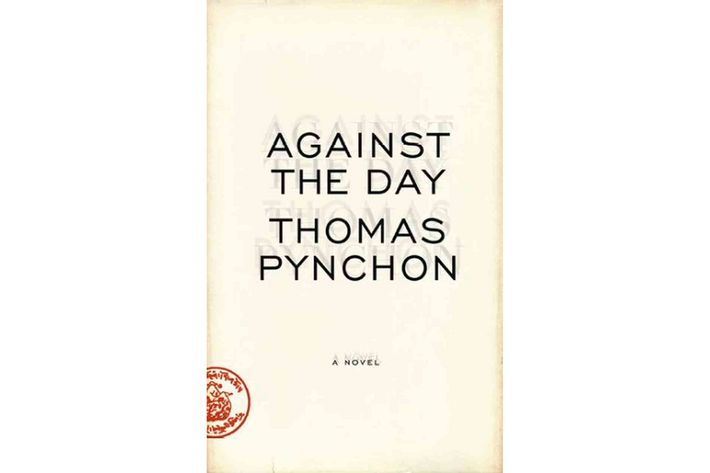 Against the Day, by Thomas Pynchon (2006, 1,086 pp.)
A glorious mess in a career of glorious messes, Pynchon’s longest and loosest novel floats and careens along with the Chums of Chance — the crew of a time-traveling interdimensional airship that becomes embroiled in a Western revenge story, a Siberian disaster, and the invention of thermodynamics. Don’t ask — just read. 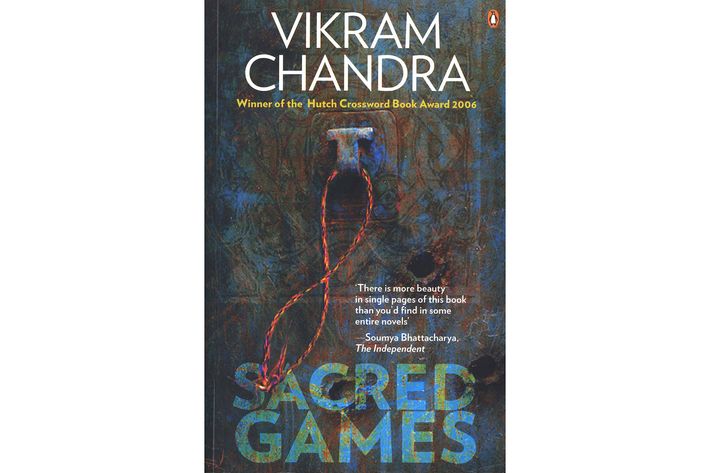 Sacred Games, by Vikram Chandra (2007, 928 pp.)
There’s a kind of reader who gets off on the juxtaposition of a gripping genre plot and an indecipherable dialect. It may not be the common reader, and Chandra’s detective-noir-on-steroids-in-Hinglish failed to meet too-high sales expectations. That’s too bad, because the near-apocalyptic payoff is well worth the effort. 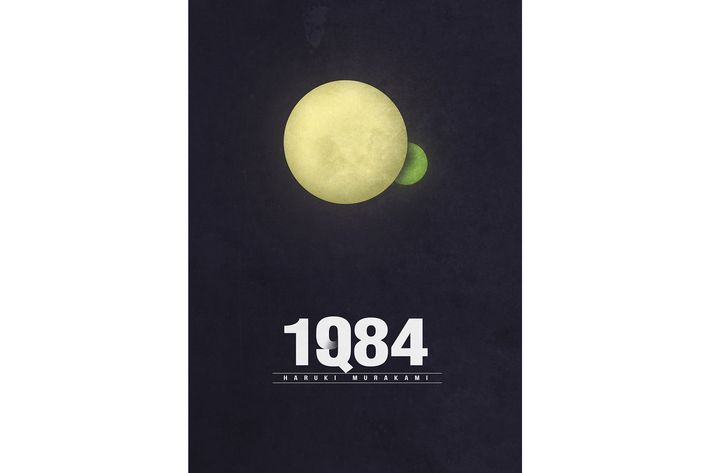 1Q84, by Haruki Murakami (2011, 928 pp.)
America’s favorite Japanese writer on American-pop themes has earned the right to go big in this deep, indulgent dive, featuring a semi-fantastic world with two moons, an assassin, and a ghostwriter on a collision course, and a cult that may or may not be evil. Love it or not, it’s pure, uncut Murakami. 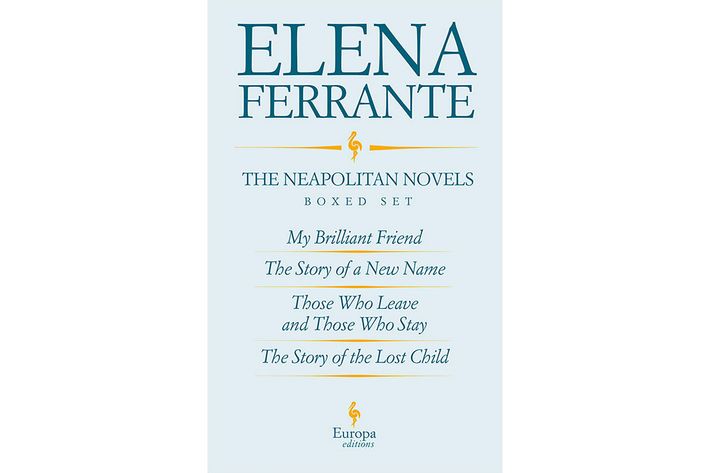 The Neapolitan Novels, by Elena Ferrante (2012–2015, 1,682 pp.)
The once-anonymous Italian novelist considers her four books — mostly about two female friends living divergent lives in patriarchal, violent, stratified Naples — to be a single novel, so we should too. Never mind the author’s identity; the cycle is a woman’s enduring testament to art, life, and realism. 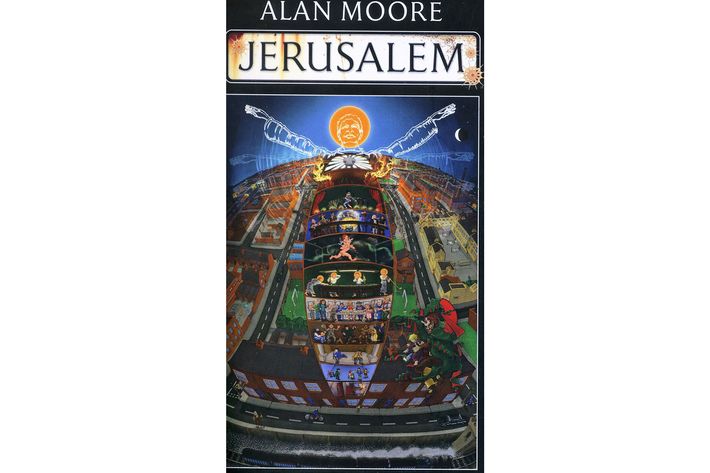 Jerusalem, by Alan Moore (2016, 1,280 pp.)
If you can’t decide between a modern version of Finnegan’s Wake, a cranky essay collection by a beloved comic writer (Watchmen et al.), the 2,000-year history of an English micro-neighborhood, the cosmic adventures of a child ghost, a narrative poem, or dozens more fever dreams of a maniacal genius, read them all here.

overnights 9:00 p.m.
Below Deck Sailing Yacht Recap: Vomit in the Shower Ashley…
overcome with emotion 8:15 p.m.
Daria Spinoff Jodie Announced As Film, Cast Includes Pamela Adlon and Kal Penn Tracee Ellis Ross will play the titular role in the film.
under oath 6:26 p.m.
Johnny Depp’s Lawyer Starts to Cross-Examine Amber Heard  Things are going to get even uglier.
the lost kingdom 5:57 p.m.
Amber Heard Says Her Aquaman 2 Role Was ‘Pared Down’ She claims Johnny Depp damaged her reputation by calling her abuse allegations a “hoax.”
overnights 5:53 p.m.
Conversations With Friends Recap: Get Out of Town Good-bye, dreary Ireland. Hello, unimaginably luxurious Croatia!
vulture lists 4:30 p.m.
Every Stephen King Movie, Ranked With Firestarter in theaters, we take a deeper look at all of the horror master’s films.
overnights 4:05 p.m.
Conversations With Friends Recap: Are We Still Having an Affair? In which we all collectively scream, “Put the phone down, Frances!”
opera review 3:03 p.m.
Brett Dean’s Hamlet Is Too Mad for Its Own Good Yet there is method in ’t.
fan encounters 2:23 p.m.
Cara Delevingne Hot Girl Summers Too Close to the Sun Attending the BBMAs as Megan Thee Stallion’s plus-one and/or assistant.
hole-some content 1:52 p.m.
Outer Range’s 15 Hole-iest Moments, Ranked Life is short, let’s talk about a hole.
going to hollywood 1:07 p.m.
X Factor Alum Replacing American Idol Winner on The Voice Camila Cabello takes over for Kelly Clarkson this fall.
vulture 10x10 12:00 p.m.
The Hot Puzzle 3-Down, Four Letters: MacGuffin in a heist movie, maybe.
overnights 10:55 a.m.
90 Day Fiancé Recap: Bringing Up Baby Kudos to Emily’s parents for staying out of this fight.
bbmas 2022 9:02 a.m.
The Highs, Lows, and Whoas of the 2022 Billboard Music Awards Whoa: A fever dream of an opening.
since when Yesterday at 10:40 p.m.
Machine Gun Kelly Dedicates 2022 BBMAs Performance to Wife and Unborn Child And on a blood moon no less.
overnights Yesterday at 10:33 p.m.
Barry Recap: Justice Is Still Attainable If Barry does want to genuinely atone for what he’s done, what does that look like?
overnights Yesterday at 9:00 p.m.
The Real Housewives of Atlanta Recap: Let the Games Begin Playing games with the RHOA cast more often than not ends in orchestrated chaos.
overnights Yesterday at 8:57 p.m.
Gaslit Recap: Hot Tub Backroom-Deal Machine It’s pretty clear that Dean does not like himself right now. Nor should he!
another one Yesterday at 8:52 p.m.
Kourtney Kardashian and Travis Barker (Maybe) Got Married (Again) Maybe this time, we’ll be lucky.
timey wimey Yesterday at 7:20 p.m.
Oi Spaceman! David Tennant and Catherine Tate Are Coming Back to Doctor Who Are we bothered?
More Stories