For the most part, Stars Hollow exists somewhat out of time. That’s part of the appeal of Gilmore Girls, which takes places in an invented version of small-town America, where the people can keep up with obscure aspects of pop culture, even while they enjoy a slew of seasonal festivals and wacky layered outfits heavy on scarves. Inspired by Washington Depot, Connecticut, and technically shot at the “Midwest Business & Residential Street” set on the Warner Bros. lot in Burbank, California, Stars Hollow is a beautiful bubble. In Netflix’s Gilmore revival, the bubble hasn’t popped. The town’s background actors are noticeably more diverse than they were on the WB or CW, and a few storefronts have come and gone, but for the most part, the sets are as familiar as ever. Still, just as you might notice any difference in your childhood home when you come back for the holidays, even the small changes to Stars Hollow stick out. Here’s a guide to what’s new, what’s old, and what’s ever-so-slightly adjusted.

Most of the familiar locations look a little different.
Upon returning to the Warner Bros. lot, creator Amy Sherman-Palladino told Indiewire that her reaction was: “Goddammit, they changed our Stars Hollow,” which had, in the years since Gilmore, become a shooting location for Pretty Little Liars, among several other shows. “They got a deal on brown paint. I’ve never seen so much brown paint in my entire life,” Palladino said. I’m like, ‘Who the fuck doesn’t want some color in your town?’ There wasn’t any red. There wasn’t any yellow … So we had to go back in and zhoosh up Stars Hollow. We had to rebuild all the sets.”

To that end, Luke’s Diner, which had yellow accents in the original series… 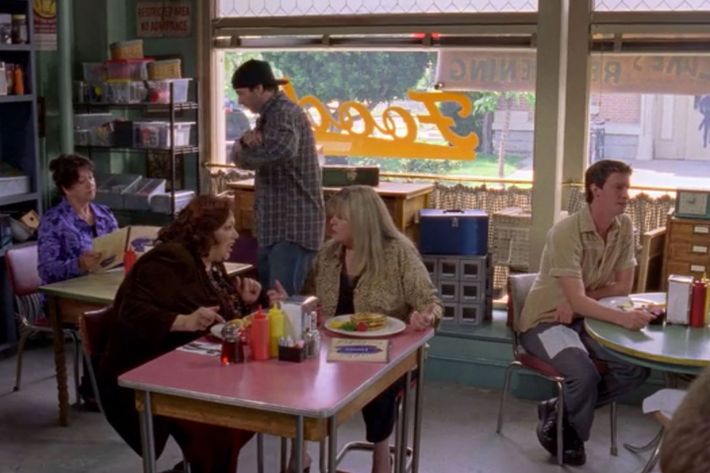 …seems larger, with a blue color scheme and a few pillars. 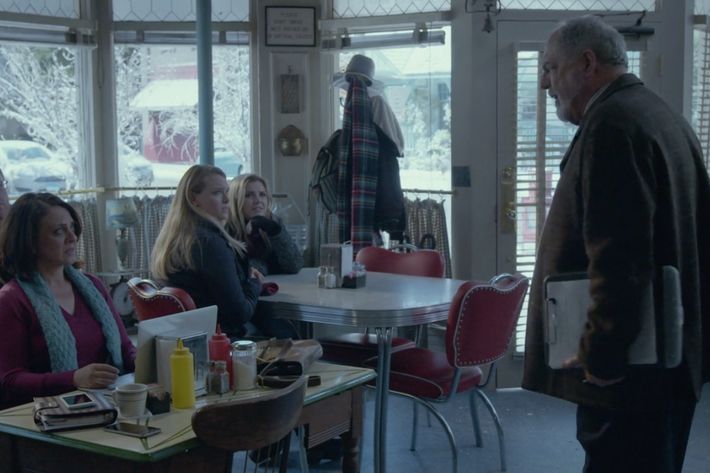 The same goes for Doose’s market, which in the revival has a much brighter look and feel This is also the effect of HD cameras, which make everything more surreal.

A few storefronts have changed.
The town square still has its signature gazebo, but a few of the stores seem to be new. There’s a new store called Posey’s on the town square, which appears in the background of “Winter.” 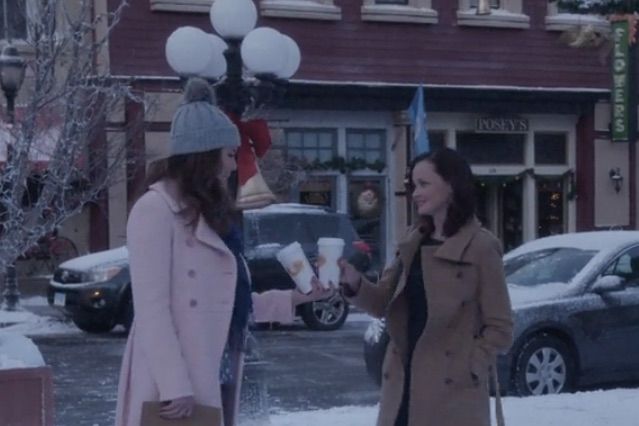 There’s also a sporting-goods store called Bacos, which Rory and the Life and Death Brigade raid in “Fall.” 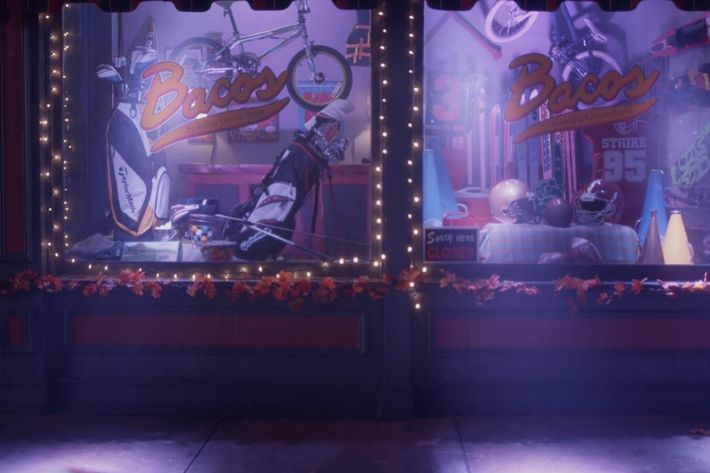 Stars Hollow Video, meanwhile, seems to have gone the way of Blockbuster and vanished from the map — though it stills appears on the Stars Hollow promotional site.

In dialogue in “Winter,” we also learn that Le Chat Club had to close due to rats (again). In “Fall,” we find out that Pretty Pastures, an old-age home, is being sold by a group of nuns, possibly to Katy Perry.

Some locations seem to have been in Stars Hollow all along, though they were never mentioned before. Rory goes inside the Stars Hollow Gazette  in “Summer.” 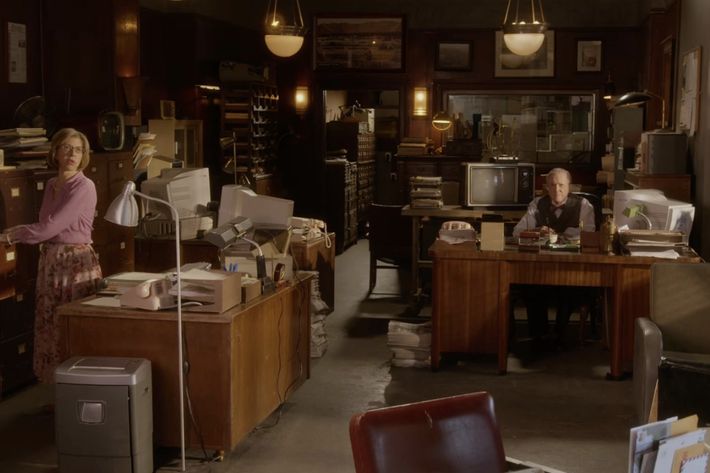 Also in “Summer,” Lorelai and Rory take a trip to the town pool… 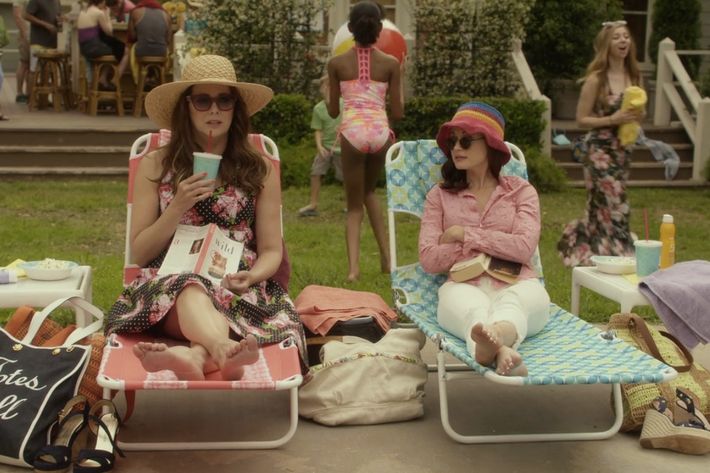 … and later, to the secret bar. 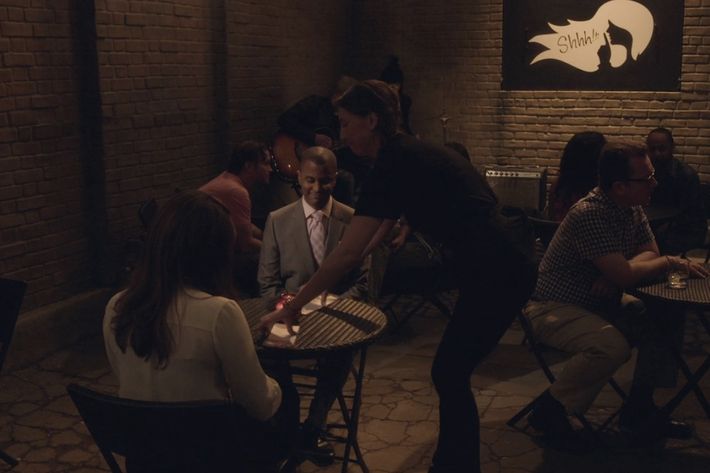 And there are some upgraded amenities.
While Rory has been away, Taylor Doose has redoubled his efforts to improve Stars Hollow’s quality of life. He installed new parking meters and then took them out because no one would pay, and now, he’s on a campaign to install sewers instead of septic tanks. We also learn that Taylor has also installed an A/C for town meetings.

Luke’s Diner, meanwhile, seems like it’s taken a leap into the future after Luke installed Wi-Fi, though of course he won’t let anyone use it. Gypsy still works at her garage, while Kirk maintains the Black, White, and Read movie theater, which is still the place to take snacks to see classic films, even though food is technically banned.

But the traditions are mostly the same.
Stars Hollow continues its proud tradition of having gigantic themed festivals in the Netflix revival. The spring festival includes a basket auction, in a throwback to season two’s “A-Tisket, A-Tasket,” where Jess and Dean competed over Rory’s basket. There’s always space for more celebration, however. In “Spring,” Taylor plans to stage a Stars Hollow gay-pride parade, but realizes there aren’t enough gay people in Stars Hollow. He also plans a Stars Hollow musical, which we see in “Summer,” in order to raise money for, among other causes, “gazebo upkeep.”

And so is the confusion.
The cartography of Stars Hollow never made much sense, a fact which A Year in the Life lampshades when Rory and Lorelai traverse the town to deliver papers in “Summer” and realize that neither of them know which direction is east and which is west. The point being, nobody really knows where anything is in Stars Hollow, just as nobody will ever get to see what Al’s Pancake World looks like, only that it never really serves pancakes.