Gather ‘round for a short tale truly made for modern times. BuzzFeed reports that Simon Pegg has amusingly landed himself in some hot water this week on the massively popular Chinese social network Weibo, where he made a “promise” to post a picture of himself “completely naked” if he reached one million followers. Well, the lucky million was quickly reached — the promise of a naked Montgomery Scott might do that — but users aren’t too pleased at what the cheeky Brit chose to do next. After posting a few updates about taking all of his “clothes off” and “adjusting” the light, Pegg delighted his followers with a shirtless selfie, but instead of then going all the way and sharing the promised nude, he chose to indulge them with a photo of a very buff naked Simon Pegg action figure. As swift as a swan escaping the clutches of Sergeant Nicholas Angel, Pegg’s loyal followers soon revolted, and his page was flooded with angry and disappointed messages. (Funny enough, that action figure photo was deleted by Weibo a few hours later.) Hey, you can’t win ‘em all, Peggster. 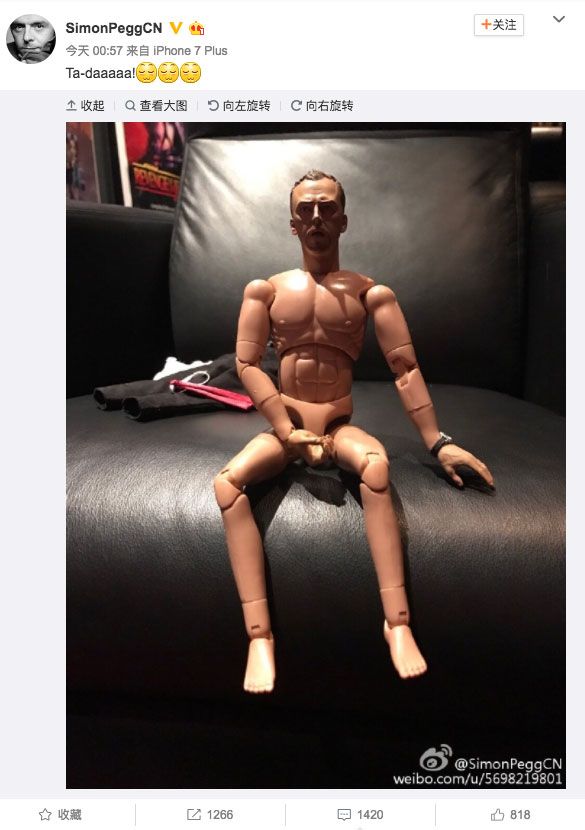