King Kong is headed somewhere new in the upcoming Kong: Skull Island. Instead of bringing the massive ape to present-day New York City or re-creating the early 20th century, director Jordan Vogt-Robert wanted to inject the franchise with a bit of anti-Establishment nostalgia, namely the Vietnam War. “The script I first read took place in 1917. But when I started talking to the Legendary [Entertainment] guys, I was thinking, ‘What weird King Kong movie would I want to see?’ So I pitched them the Vietnam War connection, literally thinking they were gonna laugh me out of the room,” Vogt-Robert told Empire. The studio heads were intrigued. “To Legendary’s credit, they said, ‘Cool. Let’s figure it out,’” the director explained. “The aesthetics of that time mixed with King Kong makes for an incredible genre mash-up.” A Kong movie with Apocalypse Now vibes featuring John C. Reilly will either be 2017’s weirdest Mad Lib or wildest treat. Kong: Skull Island comes to theaters March 10.

Here’s a look at Kong among the napalm flames: 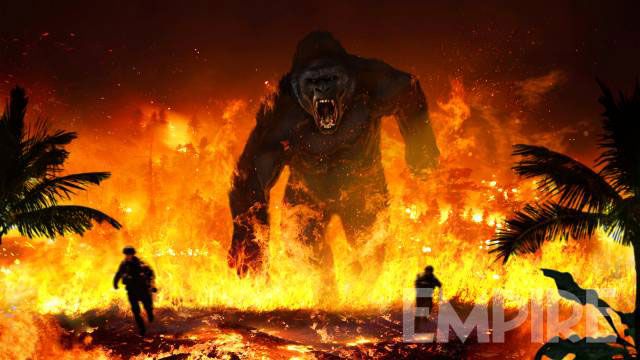 +Comments Leave a Comment
Kong: Skull Island Will Be Set During Vietnam