Following the Brexit referendum in Britain, some who voted to leave the European Union were found to have regretted their choice, taking to Twitter to express as much. Now, many months later, some Trump voters in the United States are experiencing similar waves of regret and, again, are admitting it on social media — specifically, tweeting it right at the president-elect. A new Tumblr, Trumpgrets, tracks the musings of regretful Trump voters, many of whom have come forward following his cabinet announcements. If only there had been some way to prevent it! But instead, we only have this. 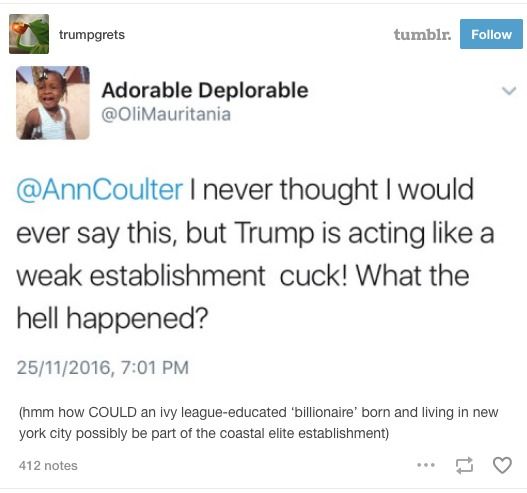 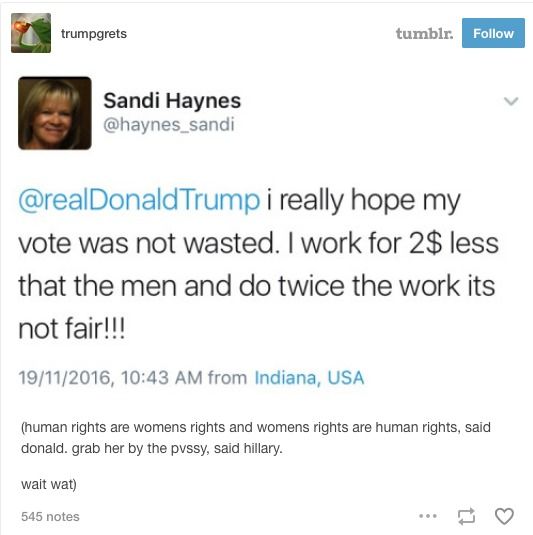 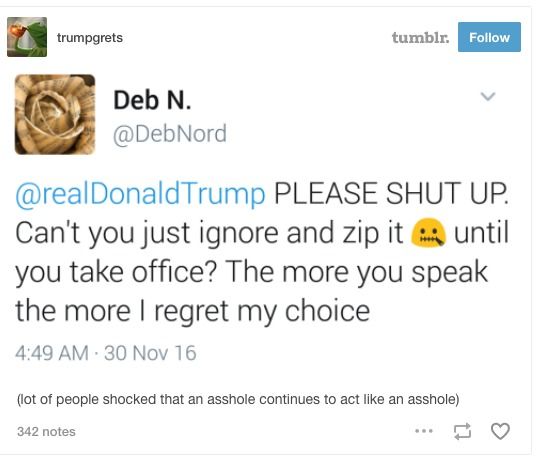 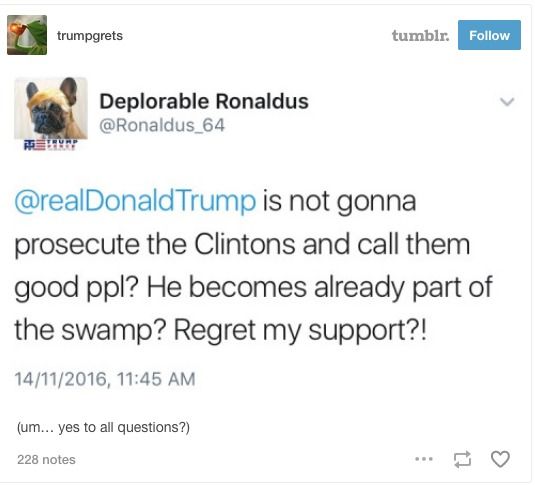 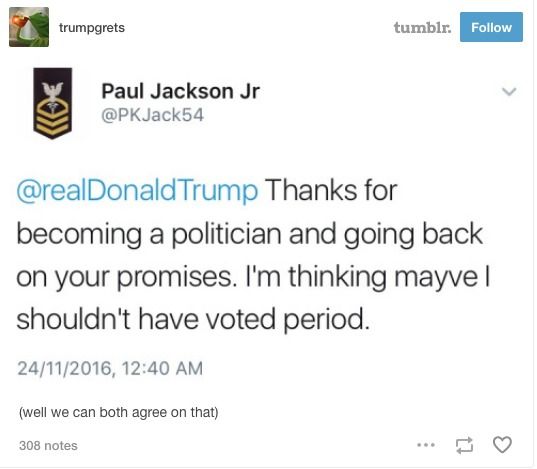 You know what they say: There are no regrets in life. Unless you voted for Donald Trump.