A day after Coachella announced its lineup, the festival’s foes on the East Coast have responded with theirs. Headlining the 2017 Governors Ball Festival for its 7th year will be Chance the Rapper, Phoenix, and … Tool? Forgoing the usual tradition of having at least one hometown headliner, this year will see Tool’s first NYC performance in 11 years. Another rarity: Donald Glover’s Childish Gambino is on the bill, marking his first non-televised live performance since last year’s top-secret PHAROS shows, and adding more to fuel to the fire that Bino and Chance may be up to something. (Gov Ball also says it’ll be one of his only performances of 2017). Also on the lineup are Lorde, Mark Ronson vs. Kevin Parker (so maybe expect a Lady Gaga cameo), Charles Bradley (cheers to good health!), Skepta, Zane Lowe, and — wait for it — Wu-Tang Clan, which is enough to represent NYC in full. Gov Ball will go down June 2–4 on Randall’s Island. 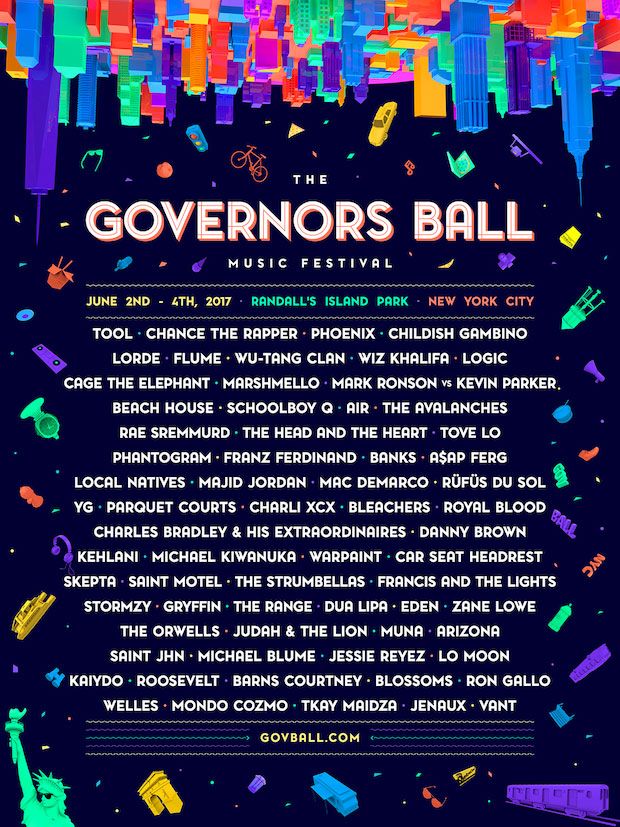