This Valentine’s Day, skip the dinner out. It’s an amateur move anyway. Instead, why not stay home with your partner and play a board game?

Whether a game was strictly designed for two players, or it’s a group game that happens to play really well with a pair, there are plenty of choices out there for homebody couples on Valentine’s Day. Below, you’ll find eight of my favorite games for two players — so cancel that fancy reservation, put on your coziest pajamas, uncork a bottle of wine, and try out one of these terrific board games.

Jaipur ($37)
This has been my go-to recommendation for a two-player game for years now. It’s light, it’s quick to learn and play, and you’re truly competing against your opponent, rather than the glorified solitaire that a lot of board games become when you’ve only got two players. Jaipur is a straight set-collection game: Each player collects cards in certain colors from the “market,” then cashes them in to collect points, with the first person to get enough of each color earning more points. There are also “camel cards” that serve as a sort of temporary wild card and give points on their own. One thing to note: The game is so short that the rules recommend playing a best-of-three to determine the winner. 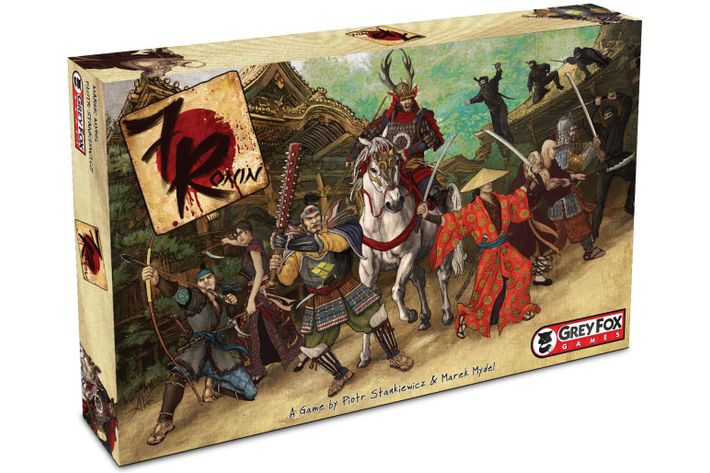 7 Ronin ($29)
Asymmetrical games, where each player has different rules and victory conditions, are a new trend in board games. This Seven Samurai–inspired game is my favorite of the subgenre, because who doesn’t want to be a samurai or a horde of ninjas? Each player takes a side: the seven samurai of the title, hired to defend a small village; or the dozens of ninjas trying to pillage it. The rules are a little more involved because each ronin has a specific power and each area of the village has a different benefit for the player occupying it. My wife, who doesn’t like overly complex games, loved playing 7 Ronin because controlling the ninjas was “badass.” 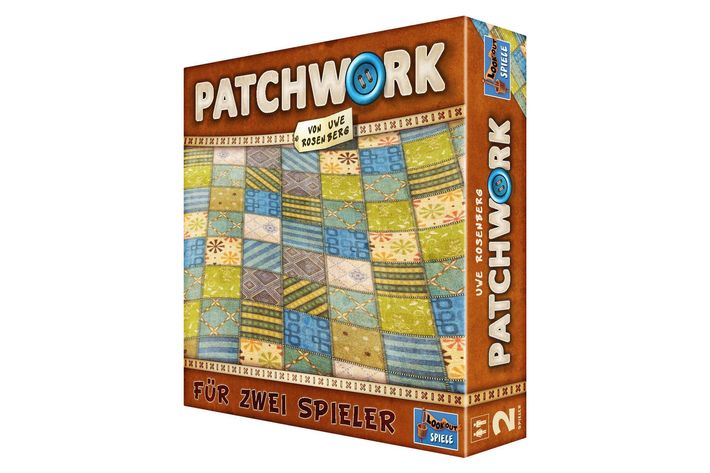 Patchwork ($23)
Uwe Rosenberg, the designer behind Patchwork, is known for designing long, complex strategy games with very little luck or randomness involved, like Agricola, Le Havre, and the upcoming A Feast for Odin. Patchwork, however, is like Tetris with fabric pieces. Players use buttons as currency to buy fabric scraps in various shapes and then place them on their nine-by-nine-inch boards. Some pieces have buttons on them, which will earn you more buttons as the game goes on. You get points for placing larger or stranger-shaped pieces, for being the first to fill out any seven-by-seven area on your board, and for having fewer unfilled spaces at the game’s end. You’re competing with your opponent for the smaller pieces (which help you fill out your board, of course), but you’re also playing a puzzle on your own board. If your partner is a quilter, they’ll love this one. 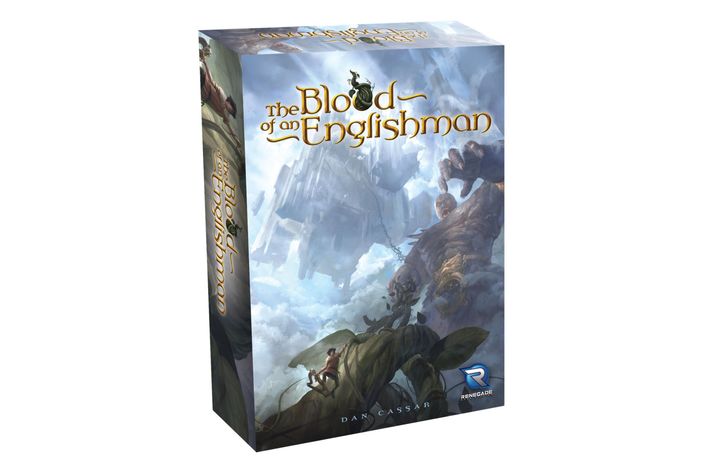 The Blood of an Englishman ($14)
My latest game review over at Paste covered The Blood of an Englishman, a brand-new, asymmetrical, two-player game where one player is Jack and the other the Giant. Jack has to take cards from the tableau to build three “beanstalks” while the Giant, following different rules for movement, tries to create a pattern of cards that read Fee, Fi, Fo, and … well, you know. 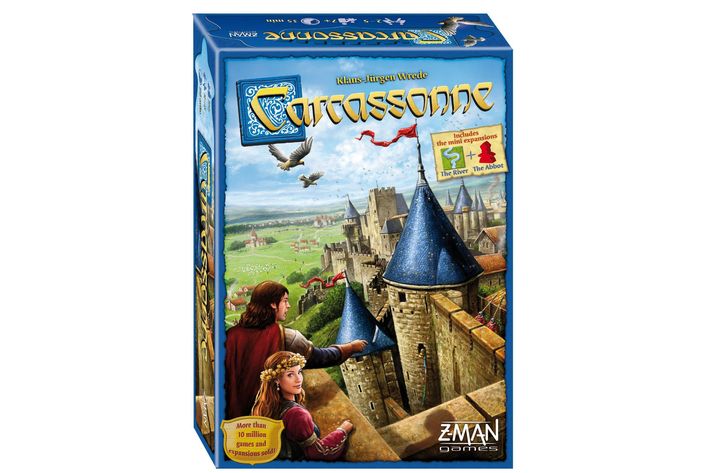 Carcassonne ($22)
The best board game on the market, not least because it plays as well with two as it does with four or five. There is no board in Carcassonne; that is, you build it as you go, drawing a tile from a bag on your turn and placing it adjacent to the tiles that are already there. In other words, the board changes every game, and turns are short because your options are always limited. You get to place your wooden tokens, called “meeples,” on cities, roads, abbeys, or farms as they appear on the board, and score points in different ways for each. The catch is that you can muscle in on your opponent’s city or road or farm to split the points — even at the very last second. No lead is ever safe in Carcassonne. 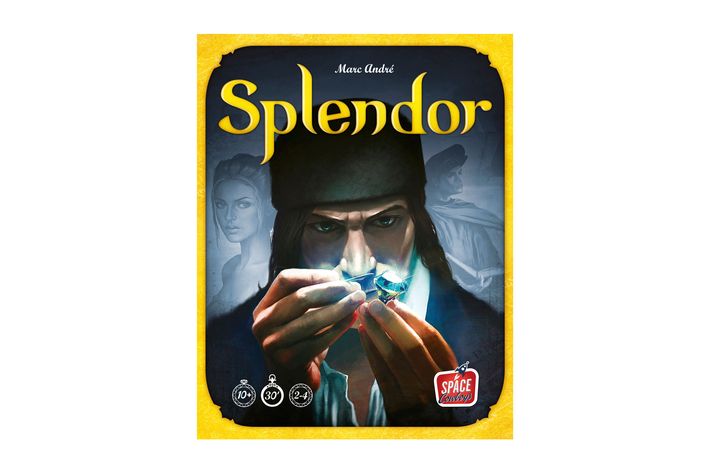 Splendor ($31)
This one has the shortest rulebook of any game I own; it’s barely two sides of a piece of paper. Players collect coins (a.k.a. “gems”) to buy cards that become permanent wealth, which makes it easier to buy more expensive cards as the game progresses. Some cards are worth points themselves, and three-point bonuses are rewarded for certain sets you collect. Everyone is competing for the same cards, and while the competition is fiercer with more than two players, you’re still going to end up buying cards your opponent wanted and losing cards the same way. Final scores tend to be very close as well, because it’s hard to truly run away with the game. 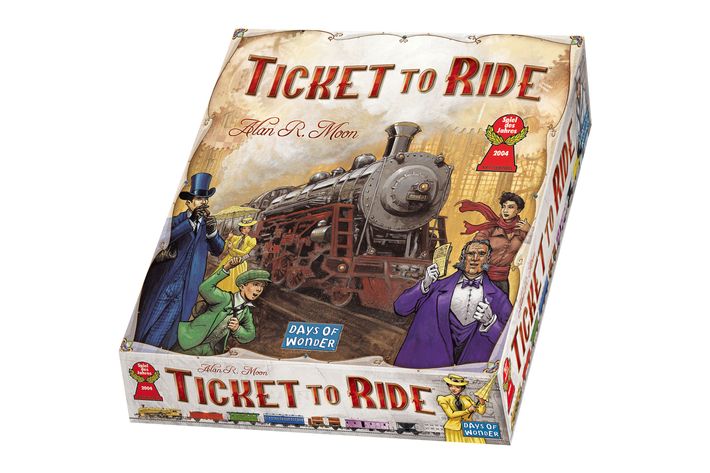 Ticket to Ride ($32)
Perhaps I’m a bit sentimental over this one, because it was the first Eurogame my wife and I played regularly together, but Ticket to Ride is a classic of the genre. Even better, it is incredibly simple to pick up. I play a lot of more complex games that I can’t recommend widely because no one wants to spend a half-hour (or more) learning the rules of a game. By contrast, Ticket to Ride has a remarkably intuitive set of rules: The basic mechanic is collecting cards in certain colors so you can place your trains on a map of the United States and Canada. (Or other regions, if you buy the expansions.) Building longer routes is better for points, and space is limited, so even in a two-player game, you’re bound to bump up against your opponent. 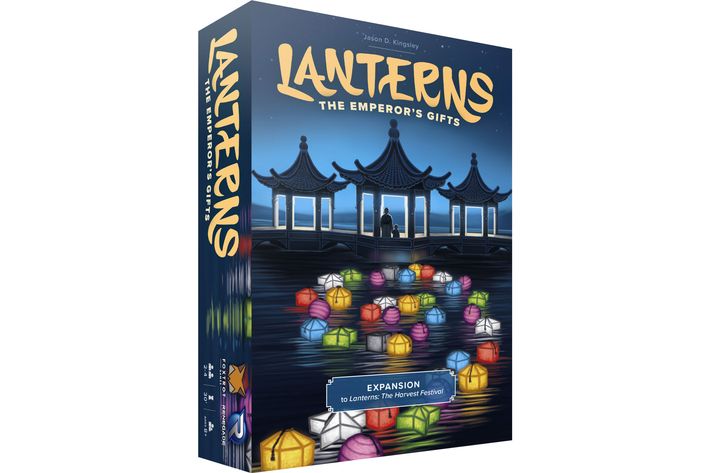 Lanterns ($16)
This new game takes the shape of a lantern festival, where players place square tiles with colored lantern images along each edge of the table. You gain tokens for matching colors, but also give tokens to all the other players at the same time. You want to collect colors in different set types — four of a kind, three pair, or one of each of the seven colors — for bonuses that decline as more players claim them. Lanterns plays two to four, but works well with any number, thanks to a light theme and simple rules that make it easy for anyone to pick up.