You’ve spent six years wondering what became of the sympathetic junkie prince-turned-captive meth cook Jesse Pinkman (Aaron Paul) after he broke free from his neo-Nazi captors at the culmination of Breaking Bad. And come October 11, with the streaming and limited-theatrical release of Netflix’s El Camino: A Breaking Bad Movie, that mystery will be solved. Eventually. One recently released, cryptic trailer zooms in on a bedraggled Skinny Pete, Jesse’s de facto BFF from before everything went wrong, refusing to help the police put his fugitive friend “back inside a cage.” But Skinny was just one of more than 20 (mostly doomed) souls Jesse touched throughout the series, some of whom might reappear in El Camino, assuming they’re not dead and buried.

Alas, we Breaking Bad fans are only human and could probably use a refresher on the lives our ostensible protagonist loved, lost, laid waste to and lamented over. So before riding shotgun with Jesse for his white-knuckle getaway across the desert, sojourn through our timeline of Mr. Pinkman’s most pointed relationships — you can tap each picture for memories from the series. Because to use the newly freed fugitive’s favorite word, getting up to speed can be a bitch. 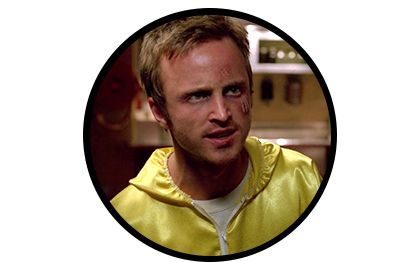 We meet Jesse as a 20-something drug dealer who bookends sentences with a tepid "yo" or an enthusiastic "bitch!" Then a visit from his former teacher, Walter White, turns into a gig cooking New Mexico's finest meth. Jesse spirals into doomed relationships, relapses, and (finally) pure misery as a captive laborer for neo-Nazis. In the finale, Jesse gets free, hitting the gas in an El Camino toward who knows where. 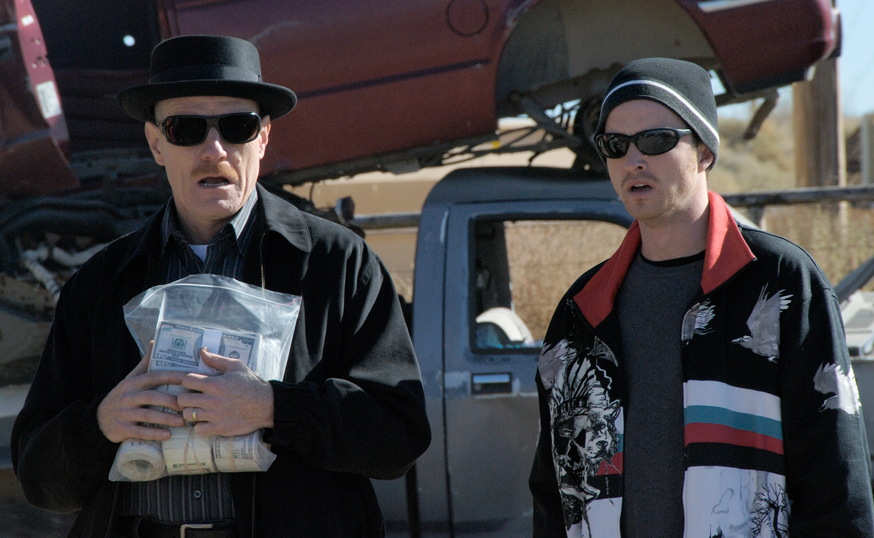 Walter makes his first explosive impression on the cartel by blowing up Tuco’s office with a tiny chunk of fulminated mercury.

Jesse’s one-time chemistry teacher-turned-partner in manufacturing high-grade meth (played by Bryan Cranston). Cancer-stricken and desperate to provide for his family, Walter (a.k.a. Heisenberg) becomes increasingly egomaniacal and manipulative, and his influence over Jesse proves ruinous.

Walter’s DEA agent brother-in-law (Dean Norris), who also happens to be pursuing the elusive Heisenberg. Hank nearly beats Jesse to death in season three, but eventually recruits him as an asset in bringing Walter to justice. It doesn’t work out well.

The Tight Bro From Way Back When

As proven after an all-night strip-club bender with Jesse and Combo, Skinny cannot handle his liquor.

One of Jesse’s three amigos (along with Badger and Combo) and on-again/off-again drug-slinging accomplice (played by Charles Baker). He’s a primary connection to the lethal Salamanca clan, and along with Badger (though not Combo), manages to survive Breaking Bad. As we know from the trailer, Skinny lives to (not) tell. 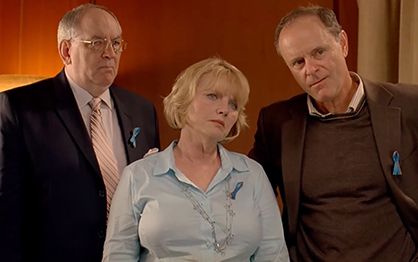 The hit that Mr. and Mrs. Pinkman took on the house sale meant Jake couldn’t go to space camp. One more dream deferred.

Jesse’s parents (Michael Bofshever and Tess Harper) want little to do with him, particularly once he turns his late aunt’s basement into a meth lab. They’re also in denial about the fact that his goody-two-shoes teen brother, Jake (Benjamin Petry), isn’t as perfect as he seems. Jesse ultimately buys his aunt’s house from under them. The Pinkmans are never seen again, but mom and dad definitely wouldn’t like what he’s done to the place. 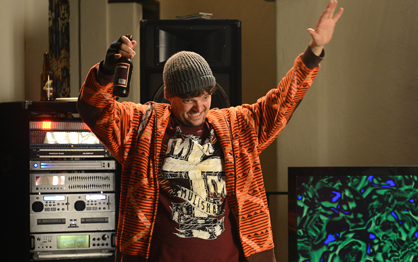 Badger (Matt Jones) is a loyal friend, but he is gullible and repeatedly gets seduced into abetting Jesse’s schemes, putting him squarely in the DEA’s sights and jeopardizing his own sobriety. 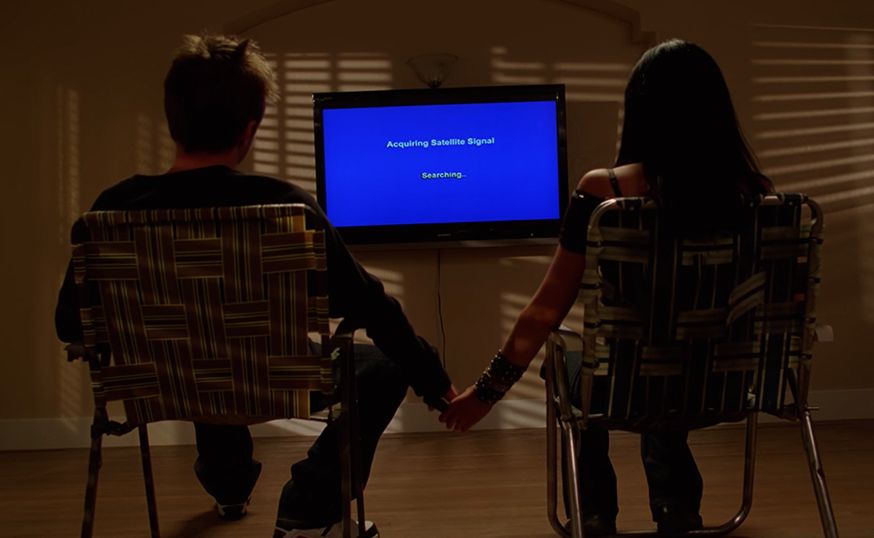 Jesse meets a love interest and tries to shape up, but Walter is bent on world domination and won’t stand for that. Operations intensify, as do their woes, when new lawyer Saul Goodman hooks them up with big-time distributor Gus Fring.

Jane's death reverberated for the entire series, particularly when Walter detailed his complicity to Jesse in one unforgettably cruel confession.

Jesse’s season-two girlfriend (Krysten Ritter) is a fellow struggling addict. Walter watches as Jane chokes on her own vomit and dies while Jesse sleeps by her side, setting off a chain reaction of tragedy and trauma. 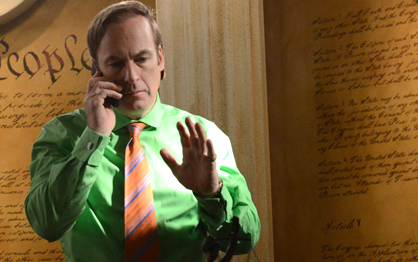 While being quasi-kidnapped by Walter and Jesse in season two, Saul famously invokes the name "Ignacio," aka Better Call Saul's bright but troubled Nacho.

The only Albuquerque attorney crooked enough to act as Walter and Jesse’s on-call counsel. Saul (Bob Odenkirk) is loyal to none and eventually skips town as both legal and criminal elements close in on their operation. 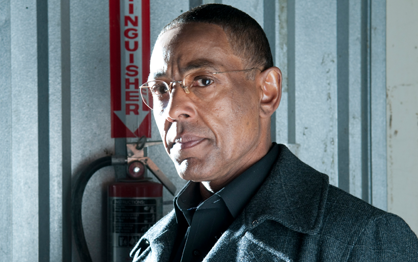 Gus, it turns out, is a master cook of his native Chilean cuisine. Something about unlocking all that sensory memory.

Chilean-born, self-made drug kingpin and owner of regional fast-food franchise Los Pollos Hermanos. Fring (Giancarlo Esposito) employs Walter as his primary meth cook, reluctantly abiding Jesse as his sous chef. Like Walter, Gus both terrorizes Jesse and takes him under his wing. And like Walter, he winds up dead. 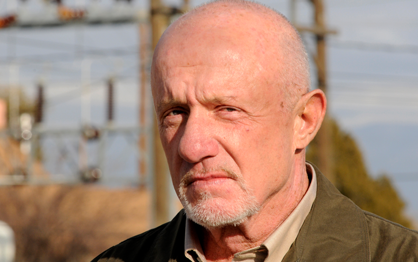 No one hates Walter more than Mike.

Gus’s go-to fixer (Jonathan Banks) and, eventually, an unlikely mentor and quasi-father figure to Jesse. Still, like almost everyone who gets close to Jesse, Mike inevitably meets his demise. 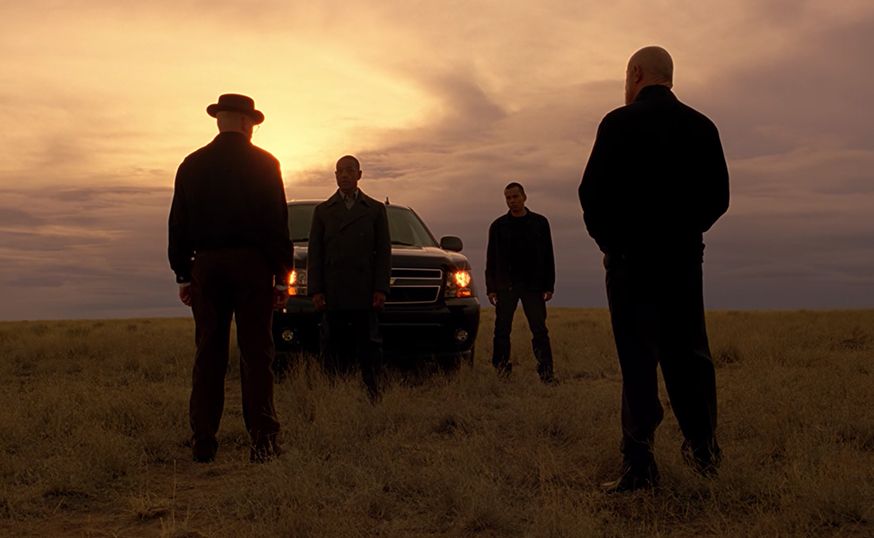 Bad goes to worse for Jesse. He meets his new love at rehab, unwittingly roping her into a cycle of violence. He runs afoul of Hank, who beats him to a pulp, and gets turned around by Walter, who persuades him to kill a man. 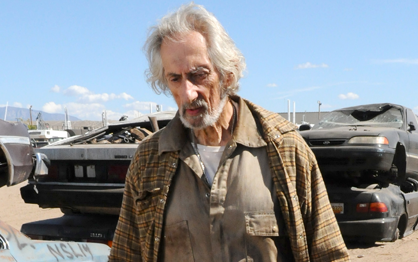 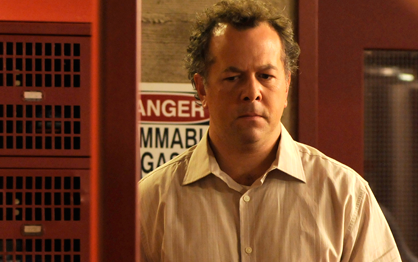 It was Gale’s inscription in a classic book that led to Hank’s ultimately fatal bathroom epiphany about his brother-in-law.

An erstwhile chemist eager to please Gus, Gale (David Costabile) was primed to take over for Walter as primary meth cook. Unfortunately for him, his tenure is brief, as Walter — vying for leverage over Gus — successfully compels Jesse to murder Gale in cold blood.

The Unluckiest Mother and Son

It's unknown what became of Brock after his mother's murder.

Andrea (Emily Rios) is a recovering addict and Jesse’s on-again/off-again girlfriend. Jesse grows close with her 6-year-old son, Brock (Ian Posada), whom Walter near-fatally poisons. Jesse breaks up with Andrea at Walter’s behest, but Andrea is later gunned down at her doorstep by neo-Nazi nemesis Todd Alquist. 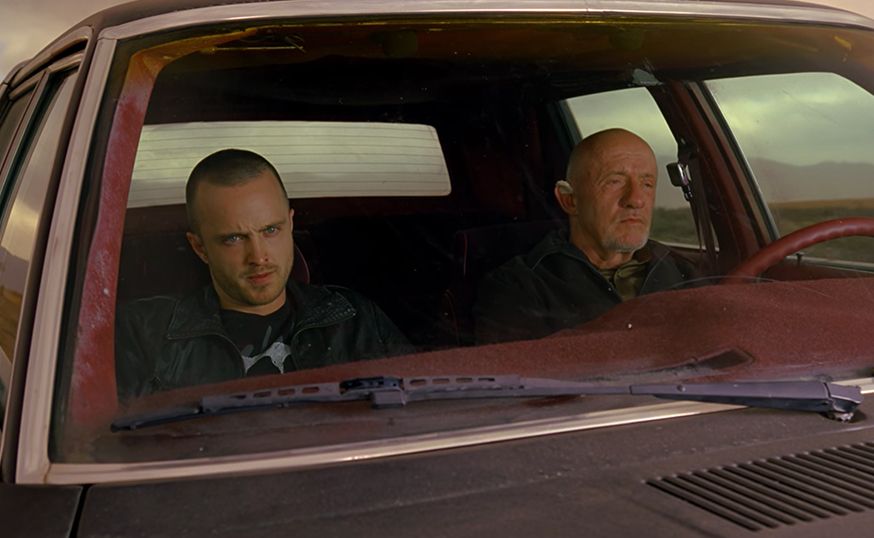 Jesse and Walter conspire to take out Gus, but their relationship suffers permanent strain, particularly when Gus strategically takes Jesse under his wing. This does, though, lead to a sweet rapport between Jesse and Mike. 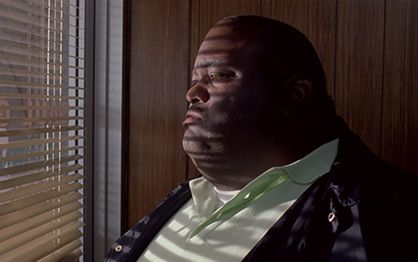 Who knows how long Huell has been waiting in that safe house?

Saul Goodman's nimble-fingered bodyguard Huell (Lavell Crawford) lifts the ricin cigarette that Jesse mistakenly believes nearly killed Brock. Later, Huell succumbs to DEA pressure for info on Walter’s money, which leads Hank and his partner to an eventual death trap, which is not what Huell had in mind. Poor Huell. 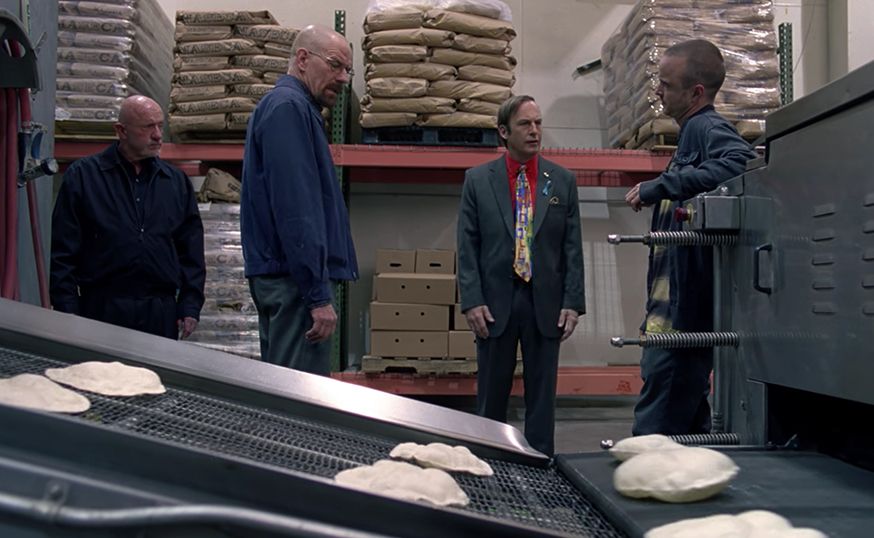 Walter, Jesse, and Mike mix it up with a global supplier and an extermination company providing cover for their cooks. Jesse works with the DEA, Walter aligns with neo-Nazis, Hank discovers Walter's alter-ego, and everything goes to hell.

Season 5: Time for the end game 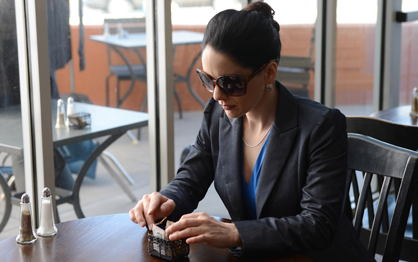 If Lydia is deceased, then her daughter joins Brock among the fictional children orphaned in Breaking Bad’s wake.

A Texas-based executive for global importer-exporter Madrigal Electromotive and, much to her chagrin, the object of Todd Alquist’s affections (more on him next). Lydia (Laura Fraser) used to deliver methylamine to Gus, but winds up working directly with Walter, Jesse, and Mike. Lydia is an anxious mess, and at different points suggests having all of them killed. Mike, in turn, nearly kills her, though Walter appears to have followed through.

Unlike Lydia, Todd is very much definitely dead.

A Walter White acolyte (Jesse Plemons) whose neo-Nazi uncle, Jack — with help from his merry band of white-supremacist monsters, like Kenny — helps Walter sew up some loose ends. Unfortunately, Todd’s also a child killer who ultimately subjects Jesse to untold torture and guns down Andrea, orphaning Brock in the process. Todd sucks. 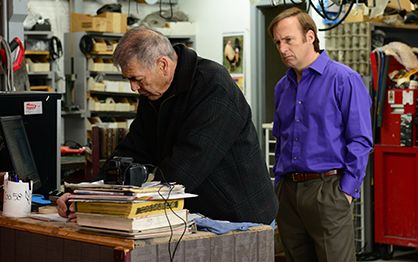 He may help people get lost, but The Disappearer has found the formula for remaining fashionable with his jacket game.

Vacuum salesman by day and one-man criminal-protection mastermind by night (and, also, by day), The Disappearer (Robert Forster) helps Saul sort out a new life in Nebraska and stows Walter in hiding in remote New Hampshire. He had instructions to jettison Jesse as well, but Jesse was a no-show.

This is paid content produced for an advertiser by New York Brand Studio. The editorial staff of The Cut did not play a role in its creation.

What You Need to Know About El Camino: A Breaking Bad Movie
overnights 2:01 a.m.
The Lord of the Rings: The Rings of Power Recap: Here Comes the Flood The Rings of Power has its first big battle episode, and it’s worthy of Helm’s Deep.
overnights Yesterday at 10:38 p.m.
Atlanta Recap: Take Me to Church Everyone has an Aunt Jeanie in their life.
opera review Yesterday at 10:36 p.m.
The Met’s Medea Is the Sondra Radvanovsky Show The company finally got around to mounting the 1797 opera, one of two blood-soaked Greek myths to open this month.
departures Yesterday at 10:20 p.m.
Trevor Noah Is Leaving The Daily Show After Seven Years “Honestly, I’ve loved hosting the show. It’s been one of my greatest challenges. It’s been one of my greatest joys.”
overnights Yesterday at 9:02 p.m.
Ghosts Season-Premiere Recap: Life Lessons From the Spice Girls Welcome back to Woodstone Manor — er, Woodstone B&B!
overnights Yesterday at 8:00 p.m.
RuPaul’s Drag Race U.K. Recap: Performance Anxiety Amazing looks and questionable performances.
last night on late night Yesterday at 7:36 p.m.
How Far Will Miles Teller Go to Promote His Canned Cocktail? There’s no limit to what he’ll make Jimmy Fallon drink.
chat room Yesterday at 7:29 p.m.
The Good Fight’s Alan Cumming Was Delighted to Free Eli Gold From Network TV “There was actually more swearing initially.”
cancelations Yesterday at 7:00 p.m.
Netflix Batgirl’d Grendel, Series Not Moving Forward They had already begun filming.
awards chatter Yesterday at 6:57 p.m.
My Policeman? More Like My Supporting Actors All six principals will be running as supporting actors come awards season.
coming soon Yesterday at 6:13 p.m.
The Favourite Duo Yorgos Lanthimos and Emma Stone Reuniting for And And our favourite duo, too.
close read Yesterday at 6:02 p.m.
The Sax Man’s Tribute to Reservation Dogs’ Lost Boy The season-two finale’s closing Tim Cappello performance is both a sly wink and a poignant eulogy.
coming soon Yesterday at 5:35 p.m.
AHS:NYC? I’m OMW The new season of American Horror Story arrives October 19 on FX.
buffering Yesterday at 5:18 p.m.
Dragons vs. Elves: Who Has the Better Release Strategy? Streamers say time slots are irrelevant. Maybe they’re wrong.
tv ratings Yesterday at 4:58 p.m.
The Rings of Power Ratings Are In, and They’re Good Nielsen weighs in on the Lord of the Rings versus Game of Thrones battle.
glee-ality Yesterday at 4:14 p.m.
How Does Lea Michele’s Funny Girl Review Compare to Rachel Berry’s? Ryan Murphy, you can’t keep getting away with this.
overnights Yesterday at 3:44 p.m.
Survivor Recap: Beware the Beads Cody pulls off an impressive move that flips the Vesi power dynamics.
overnights Yesterday at 3:32 p.m.
She-Hulk: Attorney at Law Recap: Hurtin’ for a Yurtin’ A bunch of Z-list supervillains give Jen the therapy breakthrough she needs.
oscar futures Yesterday at 3:00 p.m.
Welcome to the First Oscars of the Post-Slap Era Wake up. It’s awards season again.
By Nate Jones
oscar futures Yesterday at 3:00 p.m.
The New Rules of Oscars Season As we stand on the precipice of another awards season, here are four crucial lessons to remember about the way the Academy works now.
More Stories