Between this small town’s many shady business dealings and the general grown-up incompetence, we’re amazed the kids of Riverdale get to school at all, much less have time for romantic shenanigans. Sure, the adults are as crush-worthy as the kids, but so far, they’ve brought nearly as much drama to this world as anyone else, and they tend to weigh down the plot with consistently poor decision-making. Using our specific and super-legitimate criteria, we’ve set out to investigate which parent is truly The Worst.

Parent to: Archie
Notable parenting fails: Fred is actually — dare we say? — a pretty solid parent all around. He had some mild assholish moments when he pressured Archie into sticking with football instead of pursuing his passion for music, but he eventually came to his senses. Would we want this guy as our dad? Yup!
Did this parent commit a federal crime? Nope! Good guy.
Camp factor: Uh, Luke Perry plays him.
Likelihood of killing Jason Blossom: Very slim. Luke Perry wouldn’t put us through that.

Parent to: Betty and Polly
Notable parenting fails: Where do we even begin? She abandons a pregnant Polly by making her live alone at a home for “troubled youths” until the child is born and promptly adopted, and tells Betty that her sister is mentally ill. Coupled with the fact she’s a naturally overbearing mother whose sole goal is to seemingly torture Betty into submission, she’s failing all over the place.
Did this parent commit a federal crime? Although she bribes a mortician to give her the scoop on Jason’s death (she’s the editor of the local newspaper), this actually isn’t a federal crime. So she’s in the clear here, but still a despicable human being.
Camp factor: Let’s face it. She’s an absolute delight to watch, and it doesn’t hurt to see Twin Peaks’ Shelly all grown up and portraying a devil woman, either.
Likelihood of killing Jason Blossom: We’re gonna chalk this one up to some solid red herrings and say it would be too obvious if Alice murdered Jason. Is she a terrible parent? Yes. But would she actually murder a teen? We think not.

Parent to: Betty and Polly
Notable parenting fails: Hal seems like a nice guy compared to the overbearing Alice, but he still helped hide Polly’s plight from her sister, and then doubled down by trying to convince Betty that she’s crazy when she starts to figure out the truth.
Did this parent commit a federal crime? He stole a police file from Sheriff Keller’s house, so, yeah, he might want to lawyer up.
Camp factor: Hal’s grudge with the Blossoms boils down to a generations-long feud over a maple-syrup fortune. Delicious.
Likelihood of killing Jason Blossom: We’ve got motive (the Coopers hate the Blossoms; Polly’s pregnant with Jason’s child; we already know he stole the sheriff’s files for some nefarious reason) and opportunity (we don’t know where Hal was when Jason was shot). Hal’s currently a top suspect, but maybe that’s just too obvious.

Parent to: Kevin
Notable parenting fails: He’s not a particularly great detective, especially since people keep tampering with his case. But Sheriff Keller seems like a cool enough father and accepting of his son’s sexuality, which is a nice, forward-thinking touch.
Did this parent commit a federal crime? He’s more interested in tracking down all the parents who have.
Camp factor: The sheriff plays things straight, though we do commend his brow game.
Likelihood of killing Jason Blossom: Extremely unlikely, unless he’s a criminal mastermind, but there’s no reason to suspect he’d have anything against Jason.

Parent to: Cheryl and the deceased Jason
Notable parenting fails: Briefly banning her daughter from pursuing her cheerleading dreams. Filling her son’s memorial with all the people who may have killed him. Obsession with appearances over all else.
Did this parent commit a federal crime? Is glamour a crime?
Camp factor: As high as her arched eyebrows.
Likelihood of killing Jason Blossom: Unless she was aiming at someone else and hit Jason by mistake, there’s no way Penelope would hurt him.

Parent to: Cheryl and the deceased Jason
Notable parenting fails: Noticeable aggression and animosity toward Cheryl. He’s a grieving father, though, so we’re willing to cut him a little bit of slack.
Did this parent commit a federal crime? Not to our knowledge.
Camp factor: Pretty square guy all-around. And we haven’t really seen any layers to him yet.
Likelihood of killing Jason Blossom: The show would take a very odd turn if it’s revealed a father murdered his own son, but who knows anymore. We’ll file this under “unlikely.”

Parent to: Josie
Notable parenting fails: Sierra’s a busy woman, but she manages to show up to her daughter’s performances and support her career, though she can be a pretty intense stage mom, insisting that everyone except Josie is replaceable.
Did this parent commit a federal crime? She accepted a campaign donation from the Lodges in exchange for promising to demolish the drive-in and give them the real estate. Campaign-finance laws are a tricky business, but we’d say that McCoy’s not looking good here.
Camp factor: She’s got great umbrella game.
Likelihood of killing Jason Blossom: Mayor McCoy simply doesn’t have the time in her busy political schedule to shoot a kid. 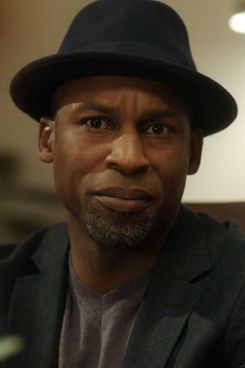 Parent to: Josie
Notable parenting fails: He constantly mansplains historical facts about jazz and legitimately walks out of Josie’s performance of Donna Summer’s “I Feel Love” because it doesn’t meet his standards of good music. Is this a joke?!
Did this parent commit a federal crime? If he did, we don’t know about it.
Camp factor: We’re getting less “camp” and more “genuine asshole” here.
Likelihood of killing Jason Blossom: They don’t seem to be connected in any way, and Myles is a touring musician who isn’t home a lot. Low odds.

Parent to: Jughead
Notable parenting fails: This is another doozy. His various criminal deeds with the South Side Serpents, doubled with his low-functioning alcoholism and drug use, caused Jughead to move out and fend for himself. (So far, he’s lived in a movie theater and an abandoned school closet. Not that his dad cares!) And if abandoning his family weren’t enough, FP throws away the one chance he has to reconcile with his son (and essentially start his life over again) when he walks away from a job at Fred’s construction company … to booze it up in his trailer instead.
Did this parent commit a federal crime? Ding, ding, ding. Several years ago, he embezzled money out of the same construction company that, we soon learn, he actually started with Fred.
Camp factor: Zero to none.
Likelihood of killing Jason Blossom: It might be a little on-the-nose for the show’s Resident Hardened Criminal to be the one who murdered Jason, but let’s face it, this guy is suspicious. Jason’s jacket is hanging in his closet a few scenes after the car it was hidden in was torched by an unknown person. It wouldn’t come as a total shock; at the minimum, he has to be involved somehow.

Parent to: Veronica
Notable parenting fails: She often lies to Veronica and tries to force her into helping with her shady business deals; she spends a lot of time fraternizing with local gangs; and she flirts with Veronica’s friend’s parents. Call it the Gossip Girl school of bad parenting.
Did this parent commit a federal crime? She forged her daughter’s signature on a legal document and paid off the mayor. Plus, we’re pretty sure that she was more involved in her husband’s business than either of them would like to admit.
Camp factor: As intense as her love of gloves and statement jewelry.
Likelihood of killing Jason Blossom: The Lodges didn’t come to town until after Jason’s murder, so this seems unlikely.

So far, FP’s plotline combines the holy trinity of abandonment, tragedy, and all varieties of criminal conspiracy. Sure, this probably means Riverdale will try to redeem him, but for now, he’s our clear Worst Parent. Congratulations!

+Comments Leave a Comment
Who’s the Worst Parent on Riverdale? An Investigation

overnights 11 mins ago
The Walking Dead Midseason-Premiere Recap: Beginning of the End Intriguing opening tease aside, so far part three is idling when it should be revving up.
fire and blood 15 mins ago
Wow, It Kinda Sucks to Be a Velaryon Right Now, Doesn’t It? More money, more incest-caused problems!
overnights 15 mins ago
House of the Dragon Recap: Bastards and Broken Noses The various dispersed Targaryens descend on Driftmark, and bring with them their genetically endowed abilities to be uniquely awful.
theater review 17 mins ago
Tom Stoppard Imagines His Family’s Mostly Forgotten Past Leopoldstadt recounts 50 years—including the darkest ones—in the lives of a Viennese family.
overnights 17 mins ago
Power Book III: Raising Kanan Recap: A Snitch in Time This is not good for Marvin, and it’s sure not good for Raq.
overnights 9:00 p.m.
The Serpent Queen Recap: Stealing Castles, Taking Names Never underestimate your enemy.
bitch era 8:19 p.m.
Emily Ratajkowski Demands We Enter a New ‘Bitch Era’ Stop romanticizing sadness, start romanticizing rage.
vulture sports 7:03 p.m.
Terry Bradshaw Was Treated for Multiple Cancers This Year The sportscaster made the announcement on Fox NFL Sunday.
swiftie reveal 6:17 p.m.
Christian Bale Drowned Out Taylor Swift’s Singing on the Set of Amsterdam David O. Russell told him to “shut up for this one and let Taylor do it.”
overnights 6:14 p.m.
Ramy Recap: Seduced by the Devil The new toxic, messy, haram Dena is certainly entertaining, but she’s gotten herself into Ramy territory here.
overnights 6:07 p.m.
Ramy Recap: The Lord of the Bling This episode reminds me of The Office.
snl 4:45 p.m.
Bowen Yang’s Spotted Lanternfly Is Unbothered by the Haters on SNL “I’m just trying to live my life, find a mate, and have three to four thousand babies.”
theater review 2:29 p.m.
In Funny Girl, Lea Michele Does Exactly What You Thought She Could The shiny apple of our eye.
overnights 1:14 p.m.
Saturday Night Live Season-Premiere Recap: A Rebuilding Year for Sure SNL knows you think this season is going to suck, and it has the cold open to prove it.
snl 4:55 a.m.
SNL Gets Self-Aware in Season-Premiere Cold Open “Let’s see what they spent the entire summer coming up with.”
now streaming Yesterday at 4:00 p.m.
New on Paramount+: October 2022 Season five of Inside Amy Schumer, the Indiana Jones franchise, Teenage Mutant Ninja Turtles, and more.
overnights Yesterday at 3:00 p.m.
Ramy Recap: Scenes From a Marriage Farouk and Maysa are fighting.
big boss Yesterday at 1:58 p.m.
Working Woman Keke Palmer Launches a Digital TV Network “Y’all always say I keep a job, now I’m making sure we ALL got one,” she wrote on Instagram.
coming soon Yesterday at 11:52 a.m.
Lily-Rose Depp Reportedly Says Yesferatu to Robert Eggers’s Nosferatu Bill Skarsgård is expected to star alongside her as the titular vampire.
nothing compares 2 her Yesterday at 10:00 a.m.
When America Met Sinéad O’Connor O’Connor’s stand at the 1989 Grammys showcased her power — and made her a threat.
By Allyson McCabe
More Stories