Scarlett Johansson in Ghost in the Shell. Illustration: Vulture 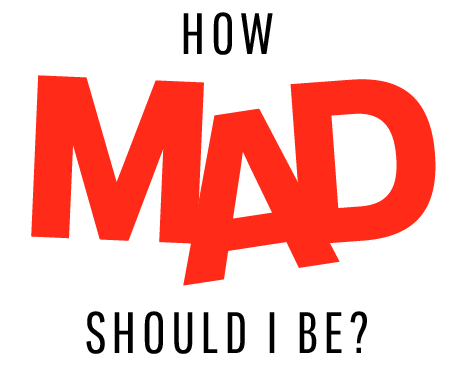 There’s so much to get mad about these days that it can be hard to know where to throw your outrage. On Twitter? To your senator? We’ve devised a handy rage calculator to help you determine the appropriate amount of outrage to express on social media.

It seems like each passing week in the conversation around Asian-American representation in media brings a fresh offense: The Great Wall, Iron Fist, the Broadway revival of Miss Saigon, and now Ghost in the Shell. The Hollywood remake of the beloved anime and manga has carried a stench of suspicion since the studio released the first image of Johannsson sporting Major Motoko Kusanagi’s classic black bob and dark pupils — a controversy that only mushroomed after news leaked that the studio had experimented with using CGI to make white faces to look more “Asian.” As is often the case with such controversies, it can be hard to separate the outcry from the material. So as is my masochistic duty as your outrage calculator, I watched Ghost in the Shell so you can choose not to. Let’s begin.

I’ve never seen the original. What’s the movie about?
Just like the manga and anime, Ghost in the Shell is set in a distant future where people routinely get cybernetic enhancements. Scarlett Johansson’s character, initially introduced as Major Mira Killian (how Irish), is a weapon made by a global cybernetics company called Hanka. She represents the apex of technological achievement: a human brain inside of a cyborg body. (Just in case you didn’t get it, there’s a lot of dialogue about how the “ghost” is her brain and the “shell” is her body.) At the outset, she’s there to track down a rogue robot named Kuze who is assassinating senior Hanka employees until she realizes that Kuze is right and that Hanka is an evil, shadowy conglomerate. Surprise!

Well, that sounds fine. Isn’t this just another typical Hollywood adaptation of an Asian movie?
Well, yes. In some ways, the logical route would have been to dispense with all the nods to Japanese culture whatsoever: Ghost in the Shell could have gone full Departed and made Mira Killian a poor Irish girl in dystopian Southie. Instead, there’s a big reveal halfway through the movie: The Major realizes that she isn’t Mira Killian, but a Japanese runaway named Motoko Kusanagi.

Wait, what?
Heh. So, just like The Bourne Identity, the entire emotional arc of the movie hinges on the idea of self-discovery and understanding your “true” past. It’s very American. Basically, Major learns that her backstory as a refugee who died in a terrorist attack was false, and that in reality she was a neo-Luddite who wrote anarchist manifestos with her lover Hideo. (If you think a movie about that sounds way more fun than the movie we got, you’re not alone.) Hanka killed them and harvested their brains for cybernetic experimentation. Moreover, Hideo is actually Kuze. (Despite having a very Japanese name, he too is played by a cyborg Michael Pitt.) And to pile onto all of this, the Major has a disorienting reunion with her biological mother Hairi, played by Japanese actress Kaori Momoi, who only speaks English to her. (Even though she has a Japanese brain, Motoko does not speak Japanese aloud, though she seems to understand it.) The penultimate scene of the film is Scarlett Johansson standing in front of a “Motoko Kusanagi” headstone as her Japanese mother looks on.

That is wild. So, is this whitewashing?
Well, it’s complicated. Like “mansplaining” and “gaslighting,” “whitewashing” has become one of those buzzwords whose meaning has shifted from its original specific definition; now it basically just means “Asian erasure.” But if we’re being strict about it, “whitewashing” is having a white actor actually play a character of Asian descent. So, Katharine Hepburn doing yellowface in Dragon Seed or more recently, Emma Stone as a mixed-race Asian-American in Aloha.

Anime emerged from the complicated history of postwar Japan, and its characters are often not racialized as Japanese. That’s true of the Major in the original anime, who has the same giant blue eyes Johansson sports in the role. Ghost in the Shell has a second loophole as well: While Motoko’s brain is Japanese, her cyborg body could be anything. That said, the Major doesn’t experience any cultural or racial identity crisis that might occur when you put a Japanese mind into a white person’s body, and no one ever remarks upon it. The movie assumes a post-racial world without doing any of the work to build it out.

Without splitting hairs about whether or not Johansson’s casting was truly “whitewashing,” the movie plays into a larger discussion about which bodies get to be fully human in mass media. The implication is that white bodies are “universal,” whereas bodies of color aren’t — a common problem in American narratives that speaks to a deeper crisis of empathy. Scarlett Johansson herself recently made this argument while promoting the film: “I think this character is living a very unique experience in that she has a human brain in an entirely machinate body. She’s essentially identity-less.”

That’s pretty tone-deaf!
Well, at least she’s not as bad as Matt Damon.

But I heard that this was a feminist film?
To the movie’s credit, it does very bluntly deal with consent and how men in power legislate the female body. But feminism has also been used as an awkward shield in response to questions about race, a tactic women of color know all too well.

How are Asian women represented in the movie?
The only major Asian female actor of note is Momoi, who fulfills the role of a dutiful, suffering mother. Other than that, Asian women exist in the background either as geisha robots, strippers, or street walkers.

Should I watch the original?
Yes. It has much more complex and sometimes opaque ideas about what constitutes subjectivity in a cybernetic organism. It’s tough and beautiful at the same time.

So, how mad should I be at Ghost in the Shell?
Don’t, like, sign some online petition, but you should feel free to enjoy yourself a good, old-fashioned tweet storm.

+Comments Leave a Comment
Will Ghost in the Shell Make Me Mad?

theater review 16 mins ago
Taylor Mac’s The Hang Is Incomprehensible in the Best Way Baroque and soulful and sonically delicious.
overnights 20 mins ago
Euphoria Recap: Navigating a Binary World Rue dabbles in gaslighting and drug-dealing.
overnights 22 mins ago
All Creatures Great and Small Recap: Chickens in the Streets Buckle in: We’ve got a sad episode.
overnights 22 mins ago
Billions Season-Premiere Recap: War Games With the departure of Bobby Axelrod, Billions reinvents itself as an ensemble drama.
broadway 8:29 p.m.
James Snyder Fired From Harry Potter and the Cursed Child Production has not commented on the nature of the allegation, but Snyder was fired after a monthslong investigation.
obits 7:01 p.m.
Fashion Designer Manfred Thierry Mugler Has Died He was 73.
movie review 6:35 p.m.
Sharp Stick Is a Strange, Sometimes Sexy Return to Filmmaking for Lena Dunham The Girls creator’s first film in over a decade follows a 26-year-old virgin’s affair with a stay-at-home dad played by Jon Bernthal.
By Alison Willmore
extremely online 6:25 p.m.
You Should Watch a Three-Part Pretty Little Liars Deep Dive We’re not kidding, this is important!
snl 2:35 p.m.
Will Forte’s Clancy T. Bachleratt Stages a Daring Comeback on SNL Feat. Kristen Wiig’s Jackie Snad.
overnights 2:16 p.m.
Saturday Night Live Recap: Will Forte Returns With Some Old SNL Will Forte finally gets his chance to host.
overnights 12:28 p.m.
Ozark Midseason-Finale Recap: The Long Goodbye An explosive midseason finale massively shifts the power structures and puts everyone in danger.
snl 2:04 a.m.
Colin Jost and Pete Davidson Addressed the Boat Thing on ‘Weekend Update’ “We thought the whole thing through.”
snl 1:00 a.m.
Kristen Wiig, Willem Dafoe Crash Will Forte’s SNL Monologue Along with Lorne Michaels.
remembrances Yesterday at 8:43 p.m.
Honoring His Mother Was Louie Anderson’s Life’s Work Throughout his decades-long career, the comedian learned to love himself the way his mother loved him.
By Matt Zoller Seitz
obits Yesterday at 5:00 p.m.
Meat Loaf, Legendary Bat Out of Hell Rocker, Dead at 74 Cher, Boy George, and more have honored the operatic voice behind “Paradise by the Dashboard Light.”
covid cancelation Yesterday at 3:05 p.m.
Adele FaceTimes Fans in Vegas for Canceled Shows Fans chanted “It’s okay!” as the 30 singer cried on the call.
we've been waiting for you Yesterday at 2:15 p.m.
A Scaredy-cat’s Guide to Yellowjackets So glad you’re joining us.
overnights Yesterday at 12:48 p.m.
Ozark Recap: Thin Blood Several familial betrayals thrust us into the midseason finale.
overnights Yesterday at 8:00 a.m.
Ozark Recap: Big Fish in a Small Pond Wendy descends into Heisenberg territory.
rip Yesterday at 3:16 a.m.
Regina King Confirms Death of Her 26-Year-Old Son, Ian Alexander Jr. “Our family is devastated at the deepest level by the loss of Ian.”
More Stories