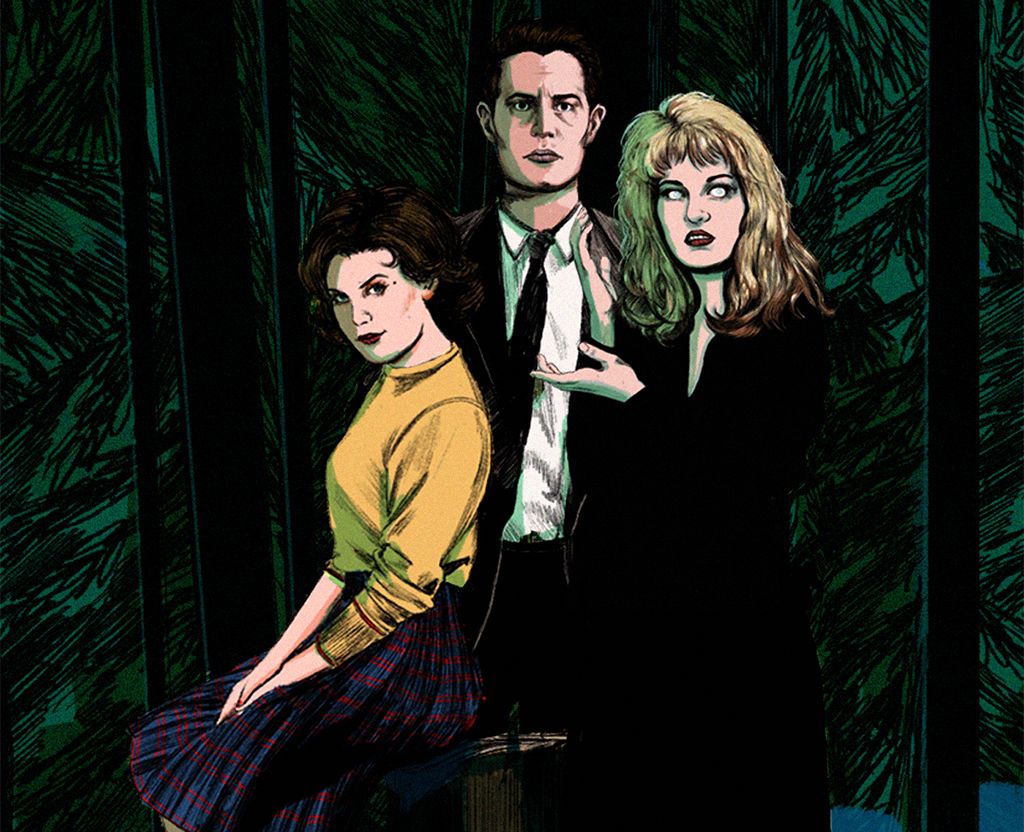 As the Giant would say, “It is happening again”: Twin Peaks, the ’90s cult classic returns to SHOWTIME on May 21, with a two-hour-long premiere to boot. The series picks up a quarter of a century later (as Laura Palmer prophesied), with both beloved old characters and new. The creative forces behind the revival are the same – David Lynch directed the series in its entirety and wrote the scripts alongside Mark Frost over a three year period. Angelo Badalamenti, the composer behind the original, also returns.

The 18 new parts comprise a feature film, says the iconic director, and are promised to be “the pure heroin version of David Lynch” (at least, that’s how SHOWTIME president and CEO David Nevins phrased it).

Before the premiere, flip through our Tao of Twin Peaks “cards” to reacquaint yourself with the duality of the series: the good and the evil, and the physical and metaphysical that constitute the yin and yang of the Twin Peaks universe. Click on a card to reveal key context, quotes, and trivia. 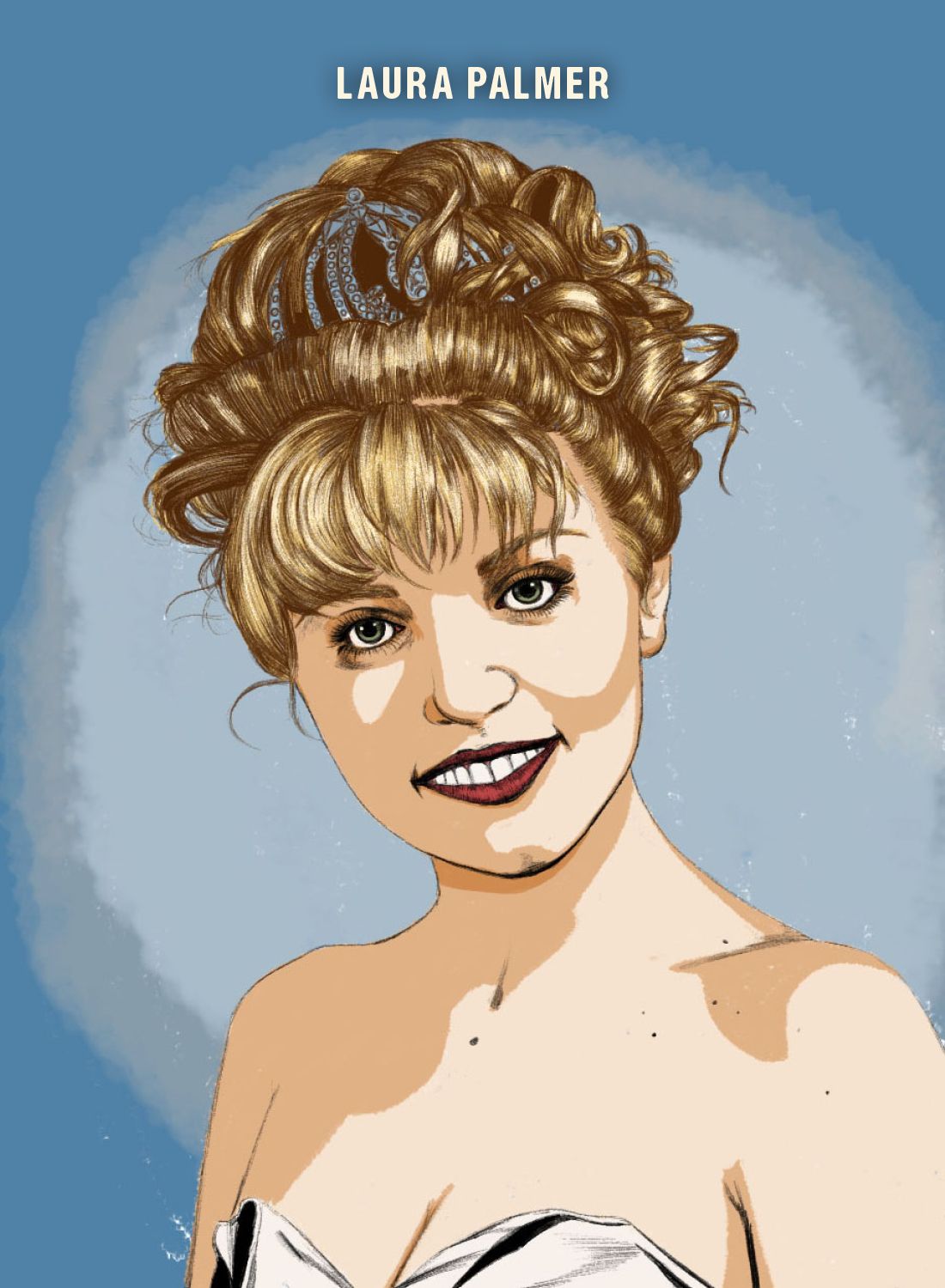 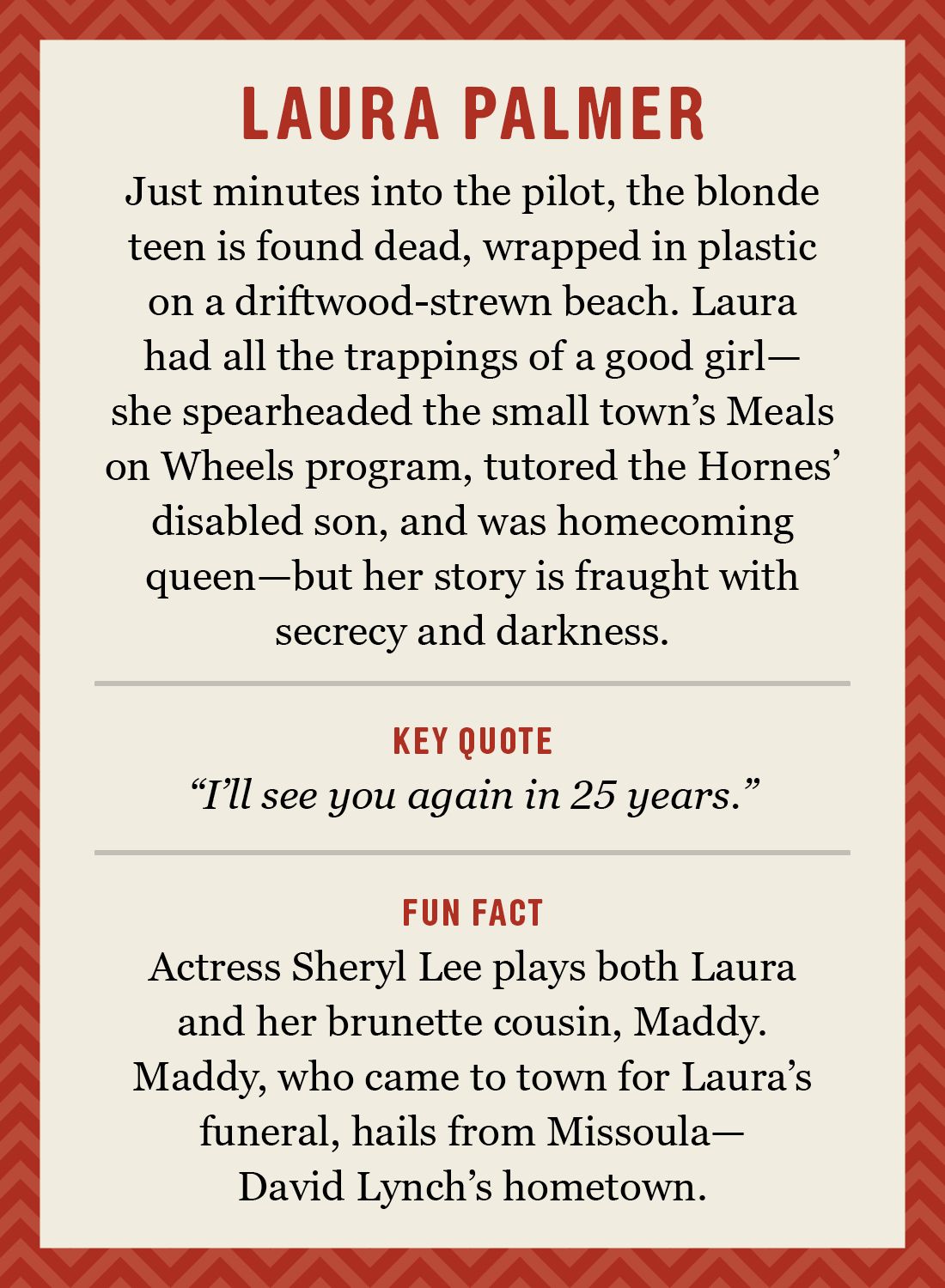 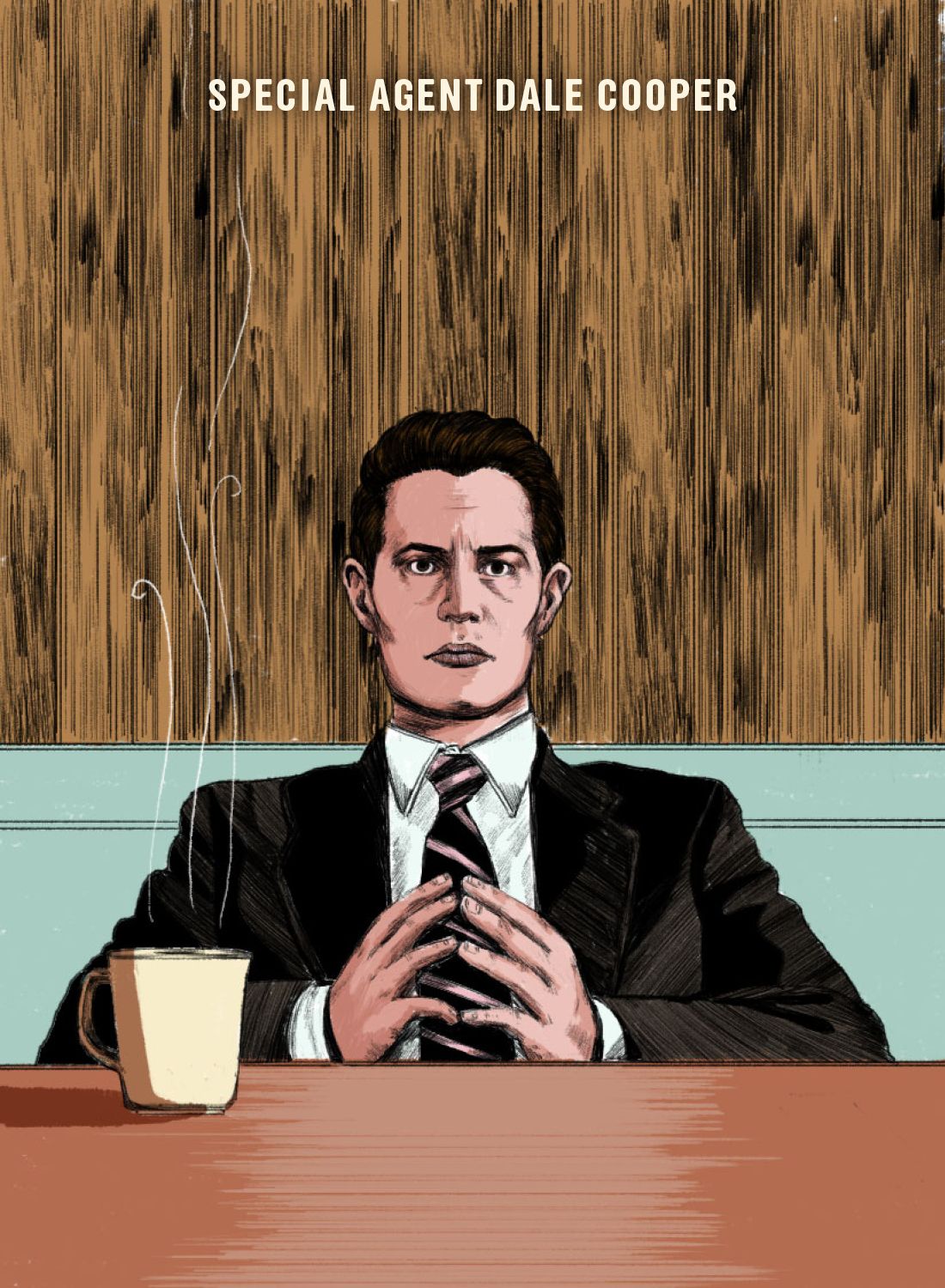 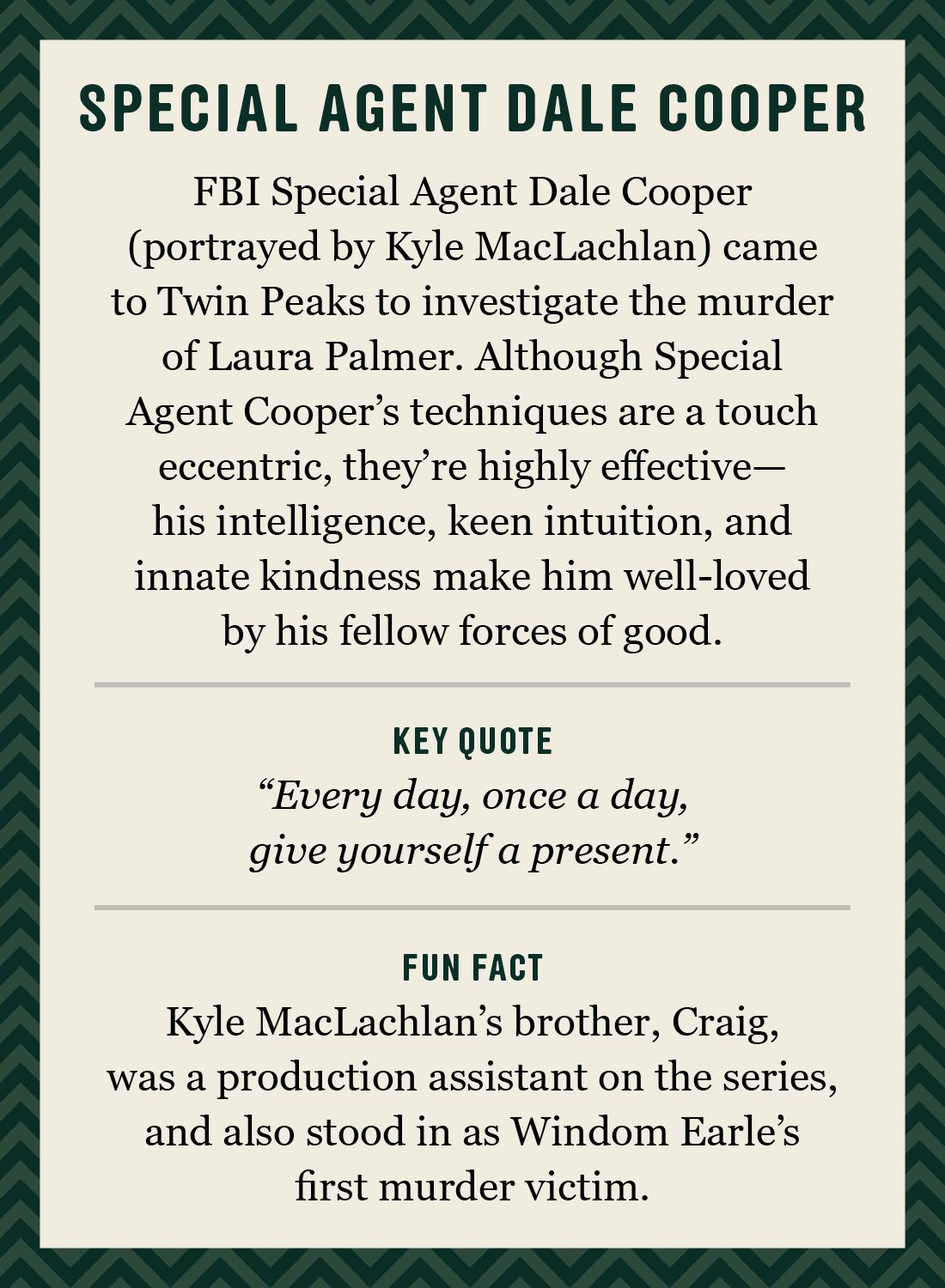 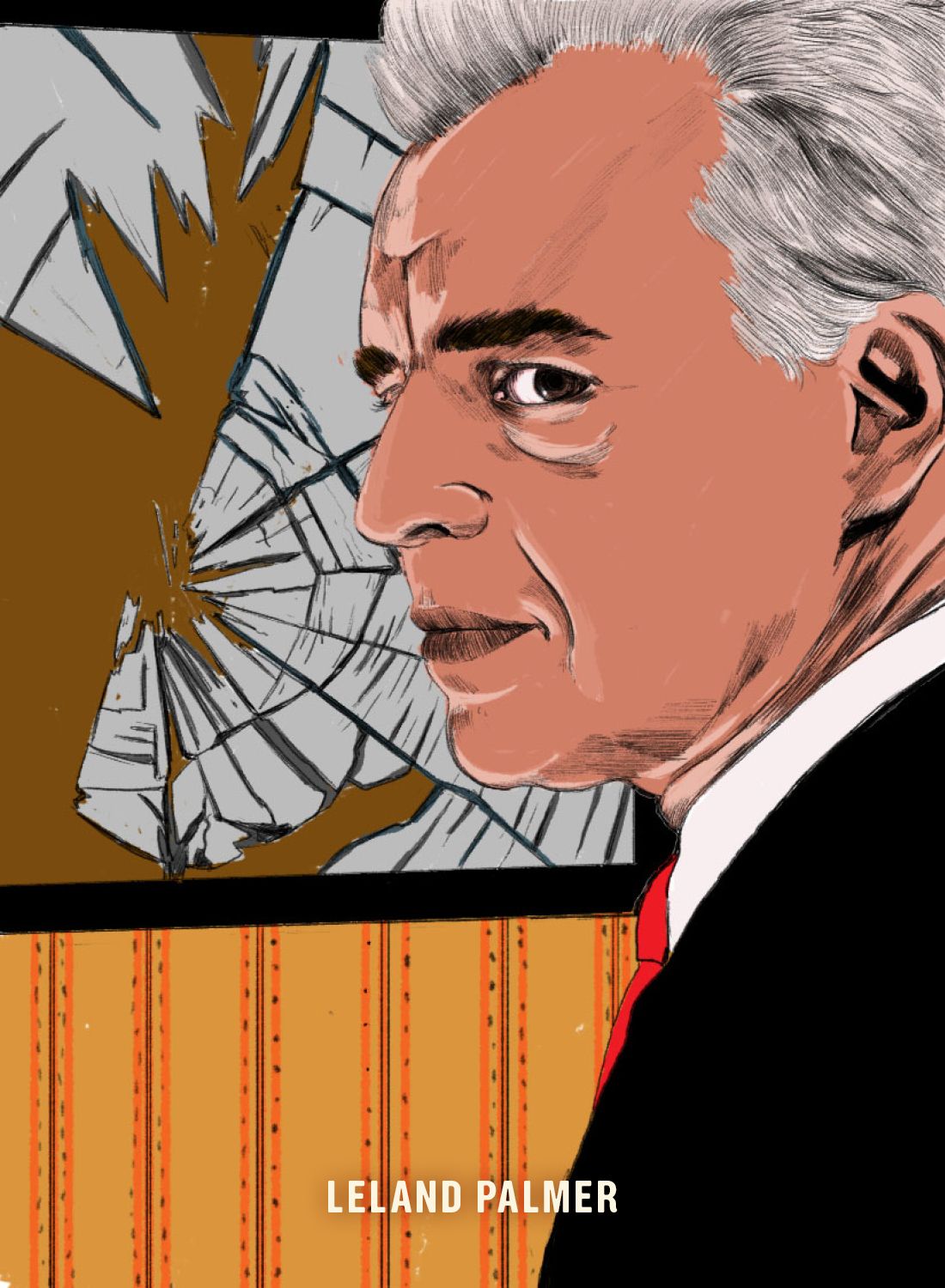 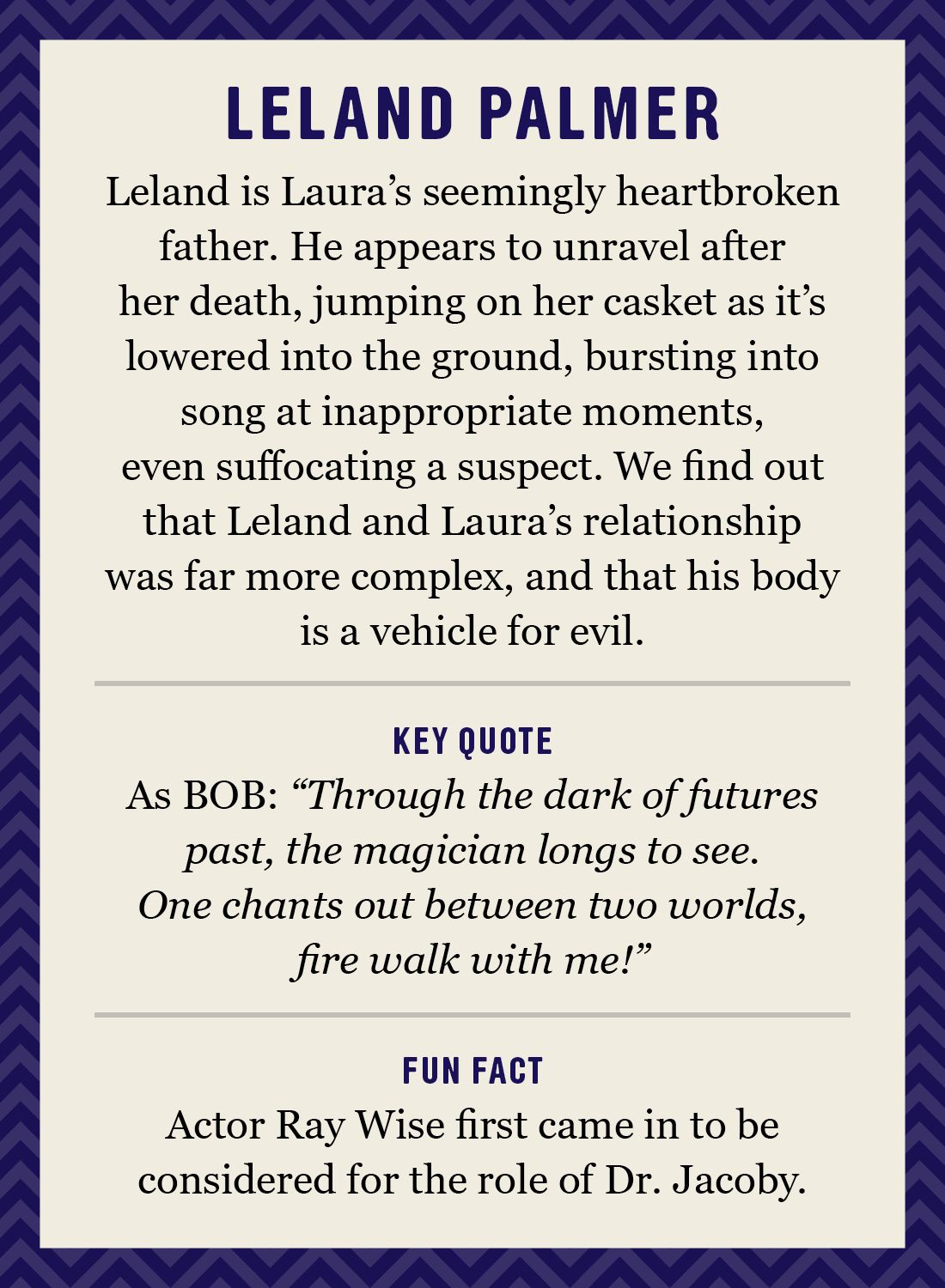 Tao of Twin Peaks: The People

We can’t wait to immerse ourselves in the macabre ongoings of the small Northwestern town and its inhabitants again. In fact, it’s Twin Peaks’ residents – and resident entities – that make the series’ Lynchian world so wonderfully weird and (literally) multidimensional. 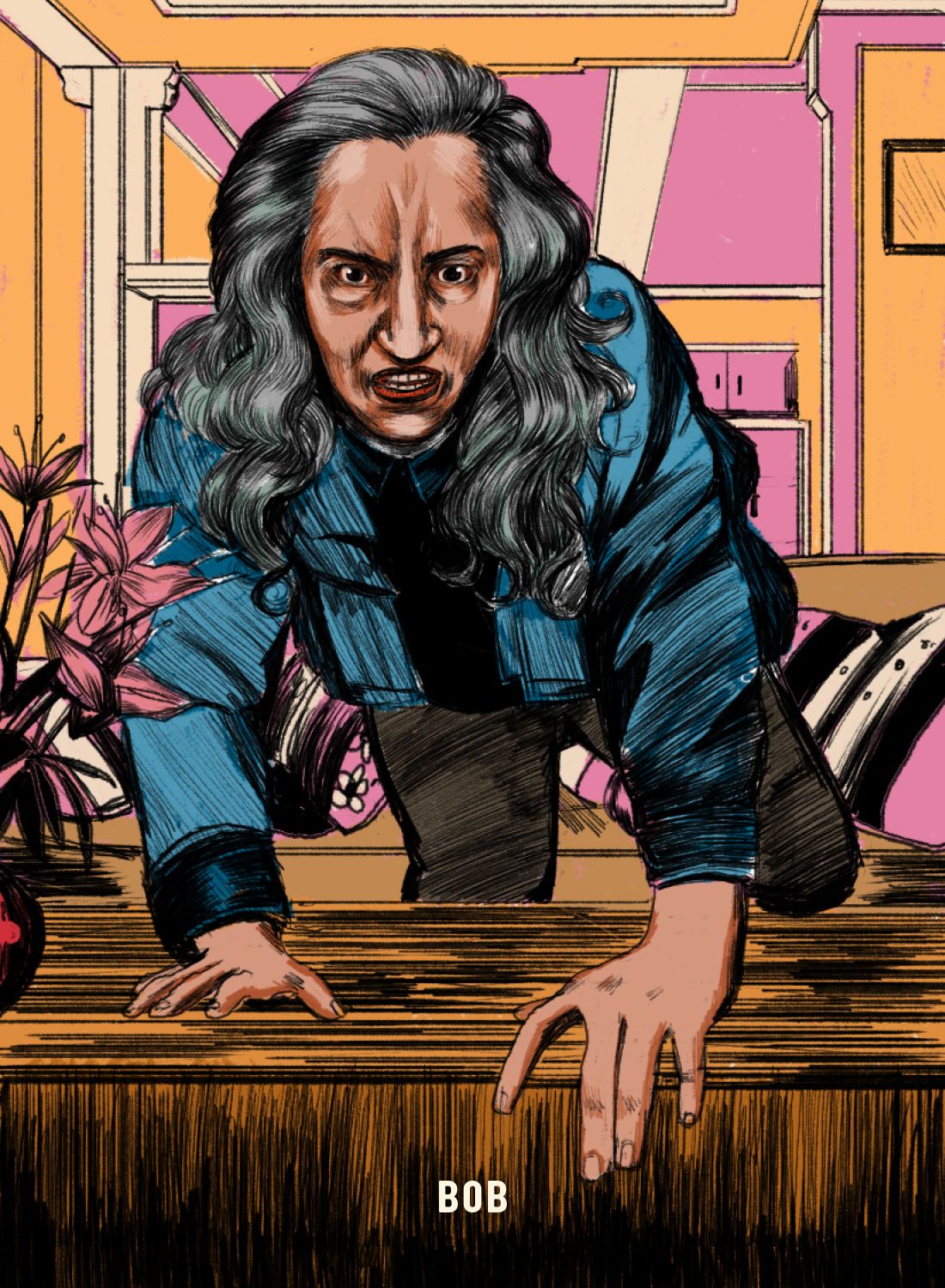 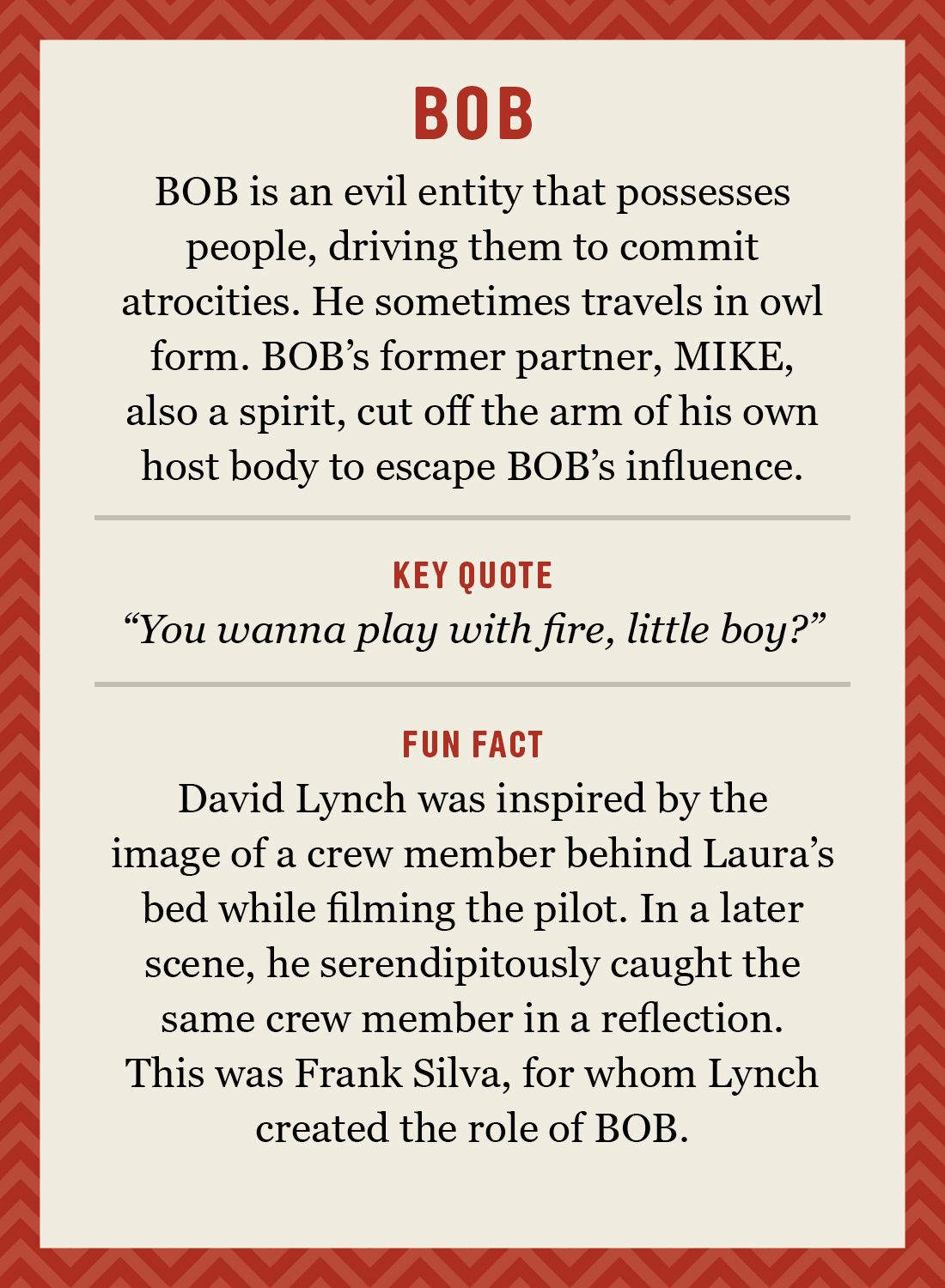 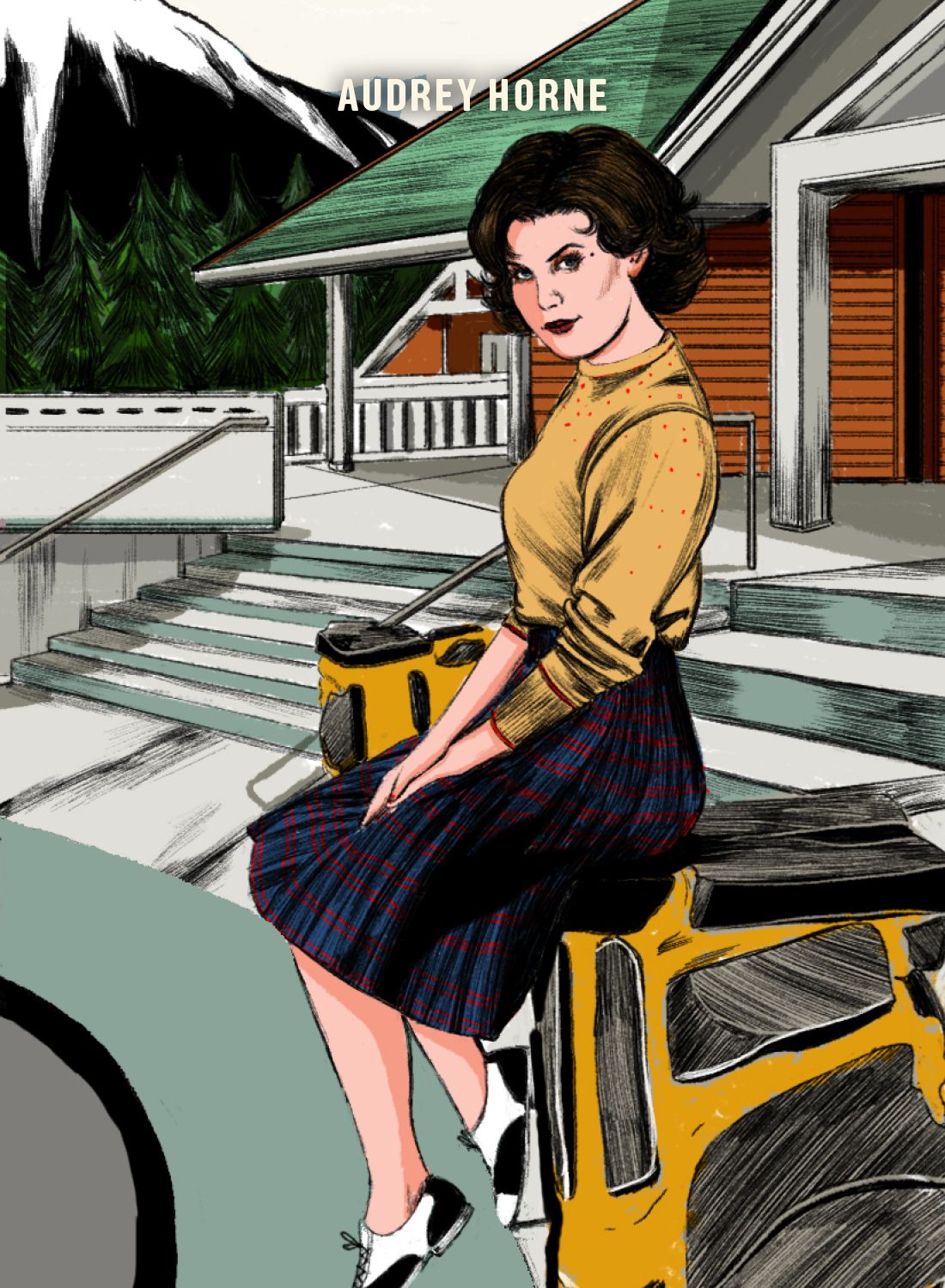 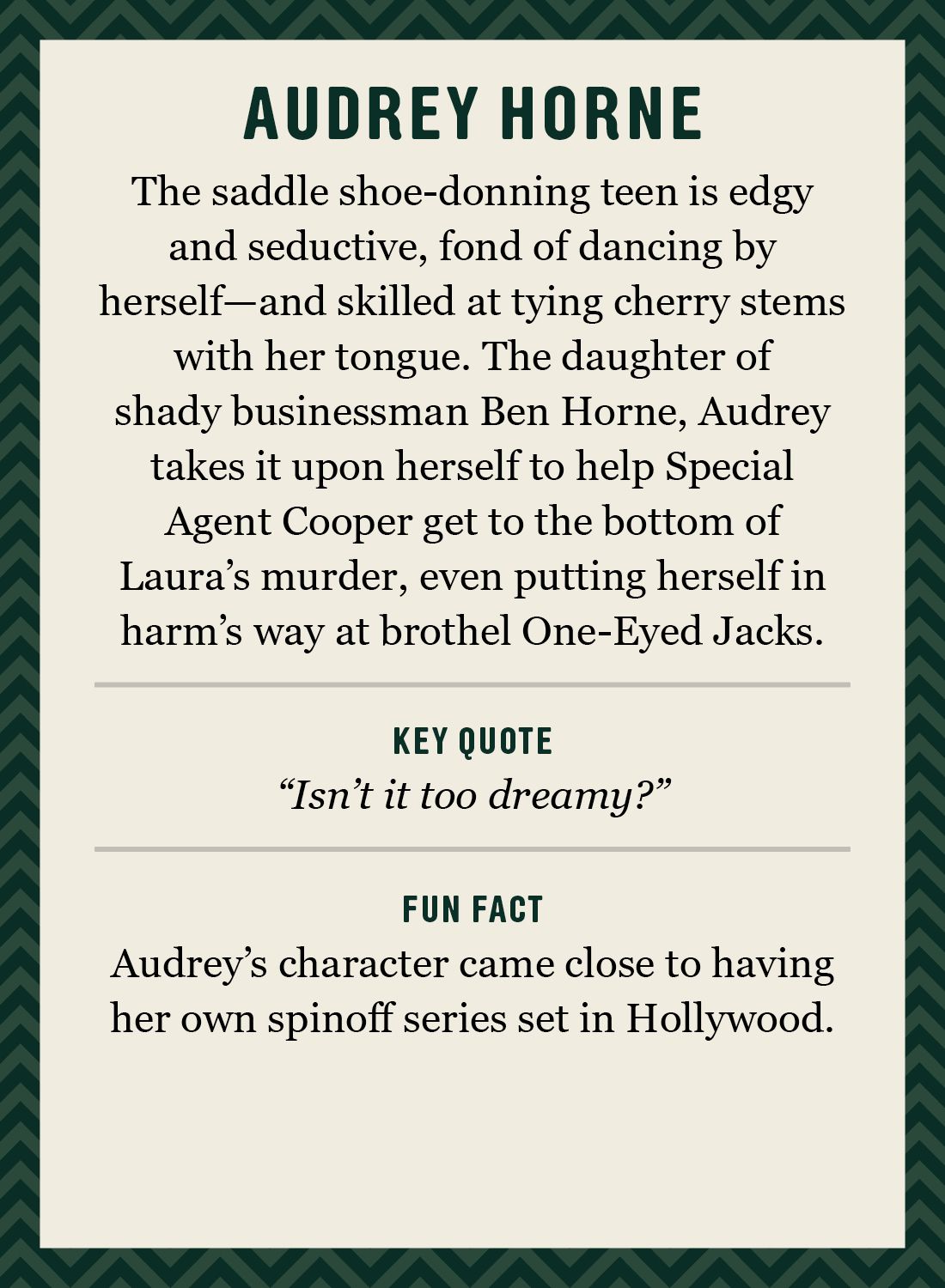 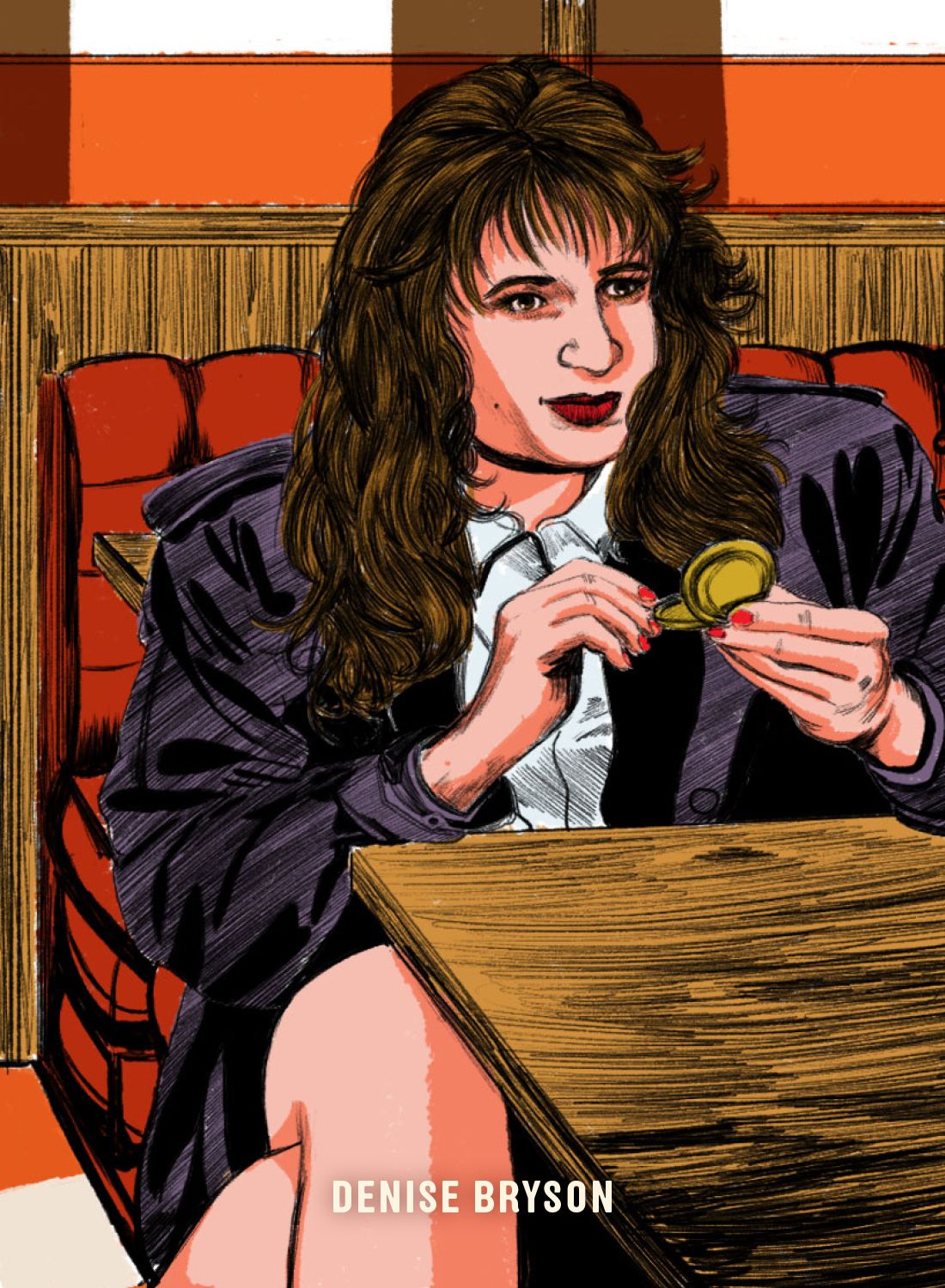 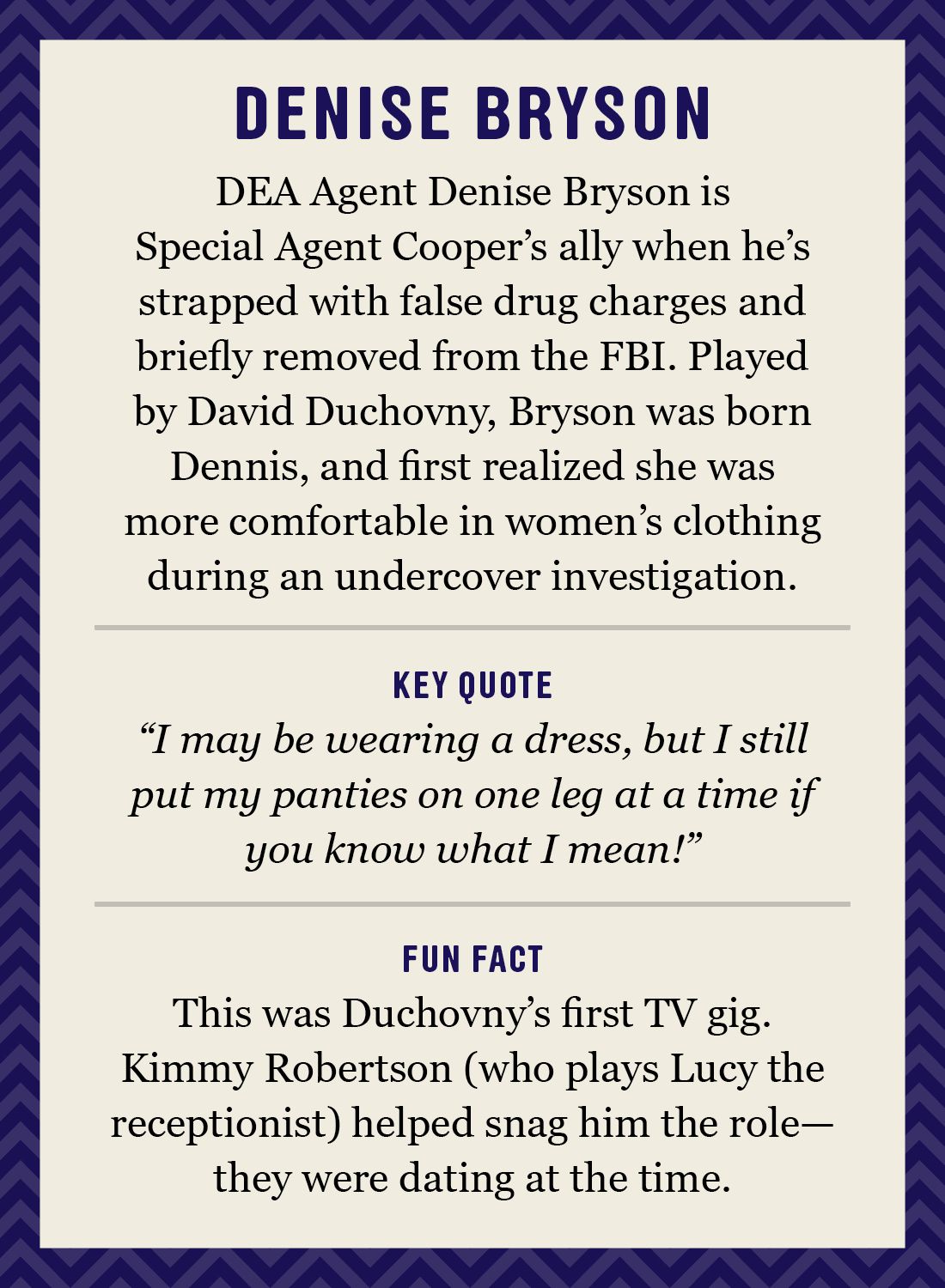 It all begins with the murder of Laura Palmer. When the homecoming queen’s plastic-wrapped body is discovered, local law enforcement under the direction of FBI Special Agent Cooper launch an investigation. Residents of Twin Peaks are affected by Laura’s death in different ways: Some take it upon themselves to join in the investigation, others find themselves suddenly able to reveal their true feelings, and a select few become increasingly suspicious. As the investigation digs deeper, leveraging visions and dreams, even magic to find answers, it’s clear Twin Peaks is dealing with something otherworldly. 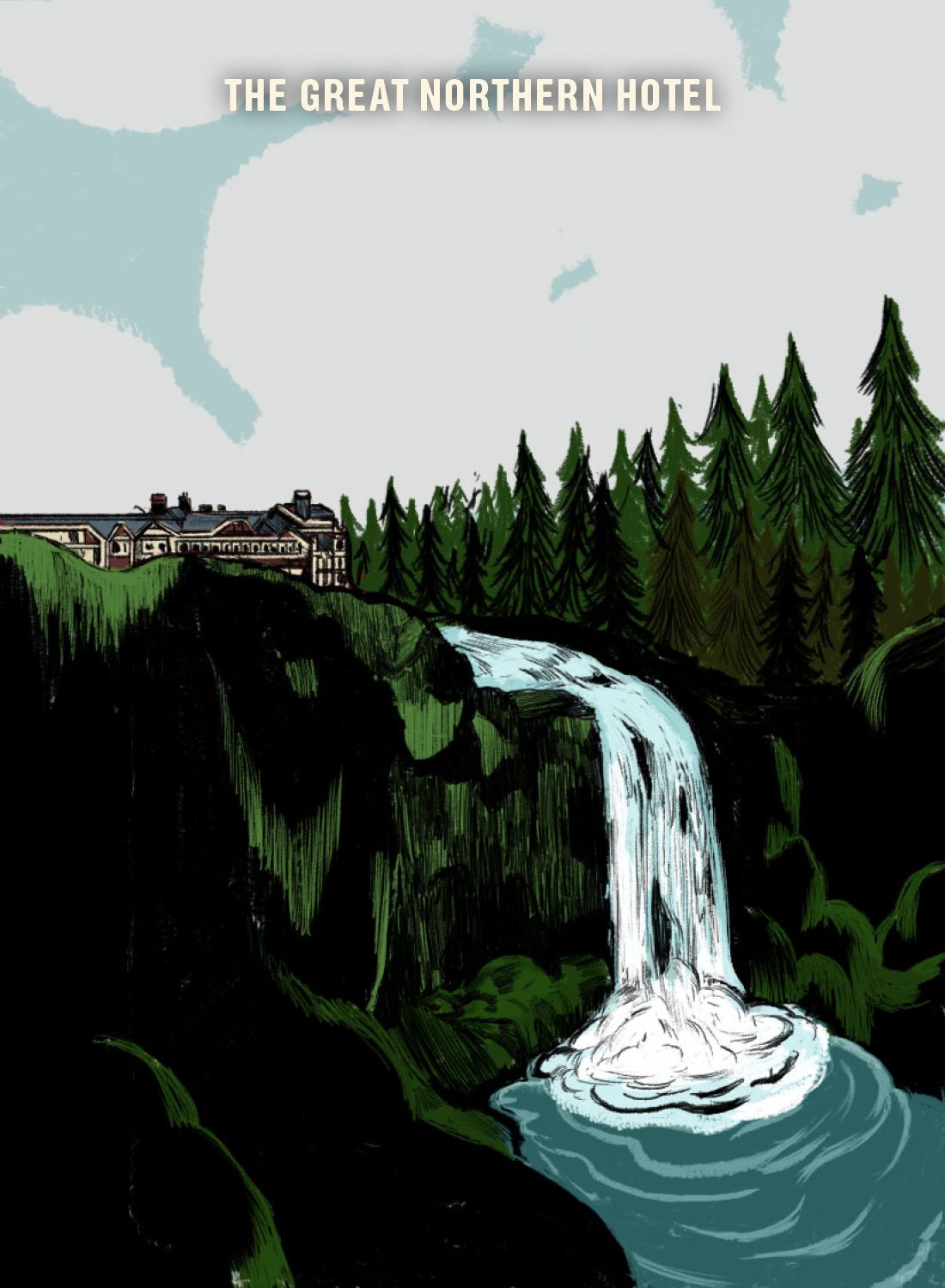 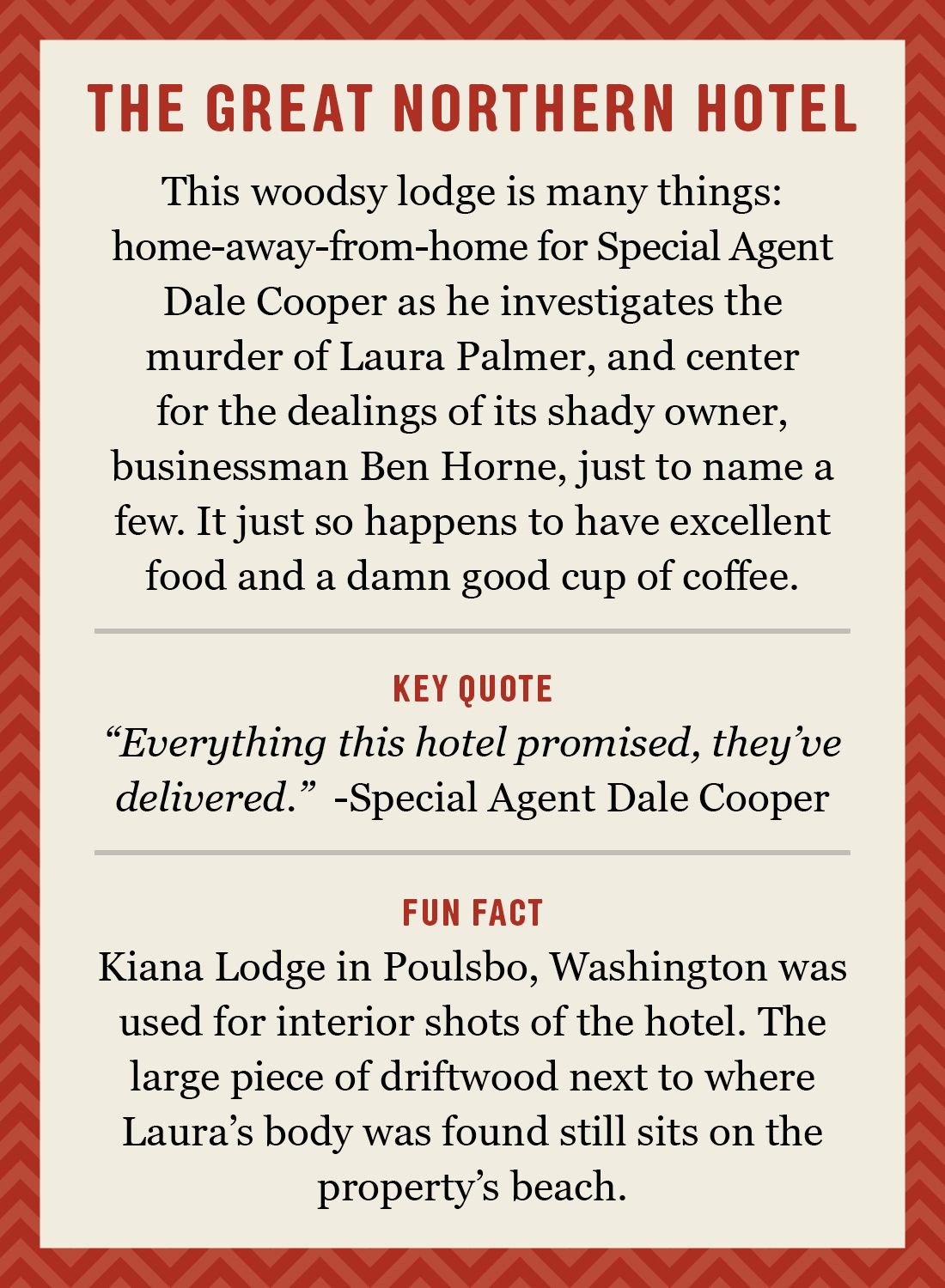 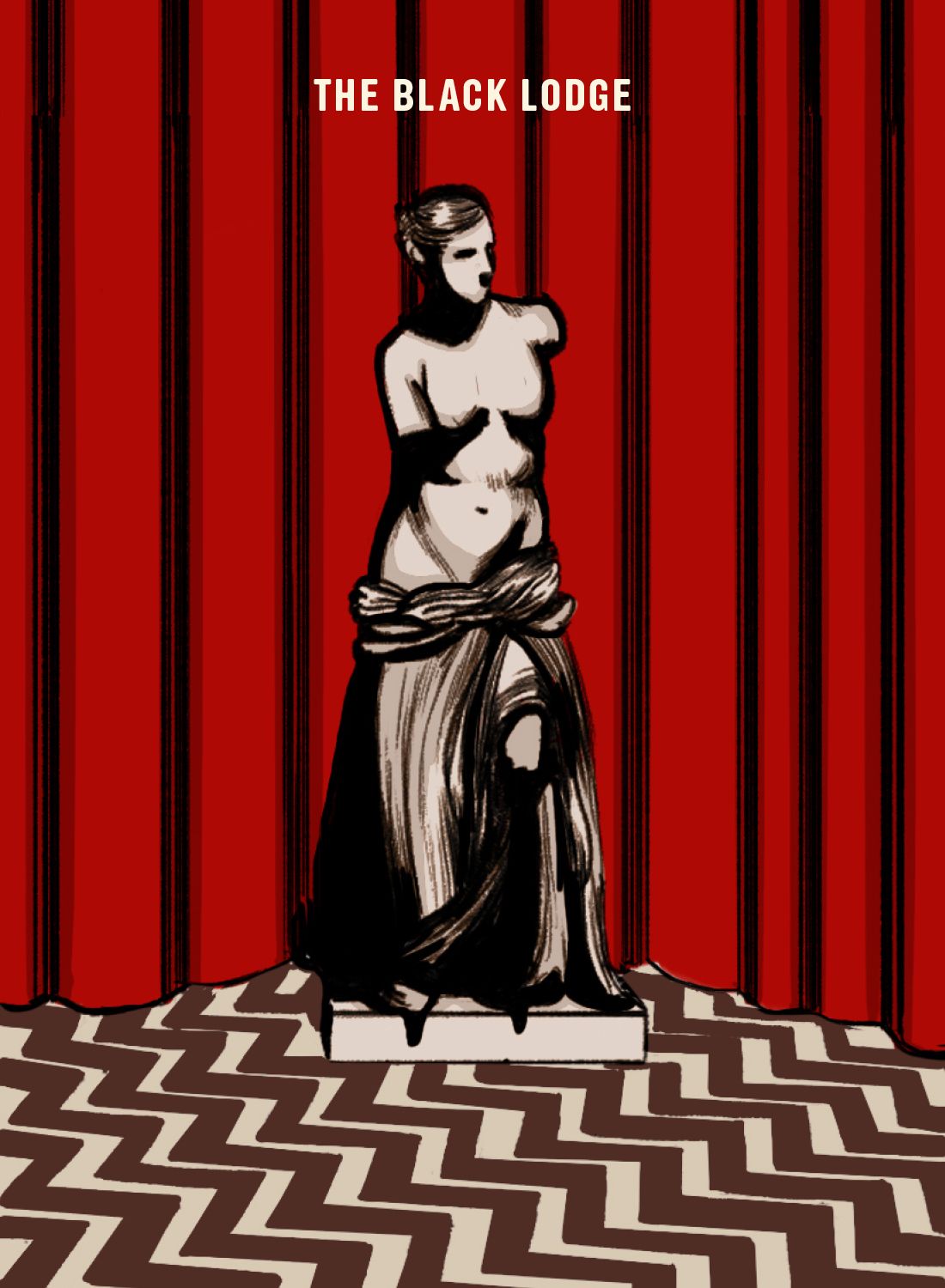 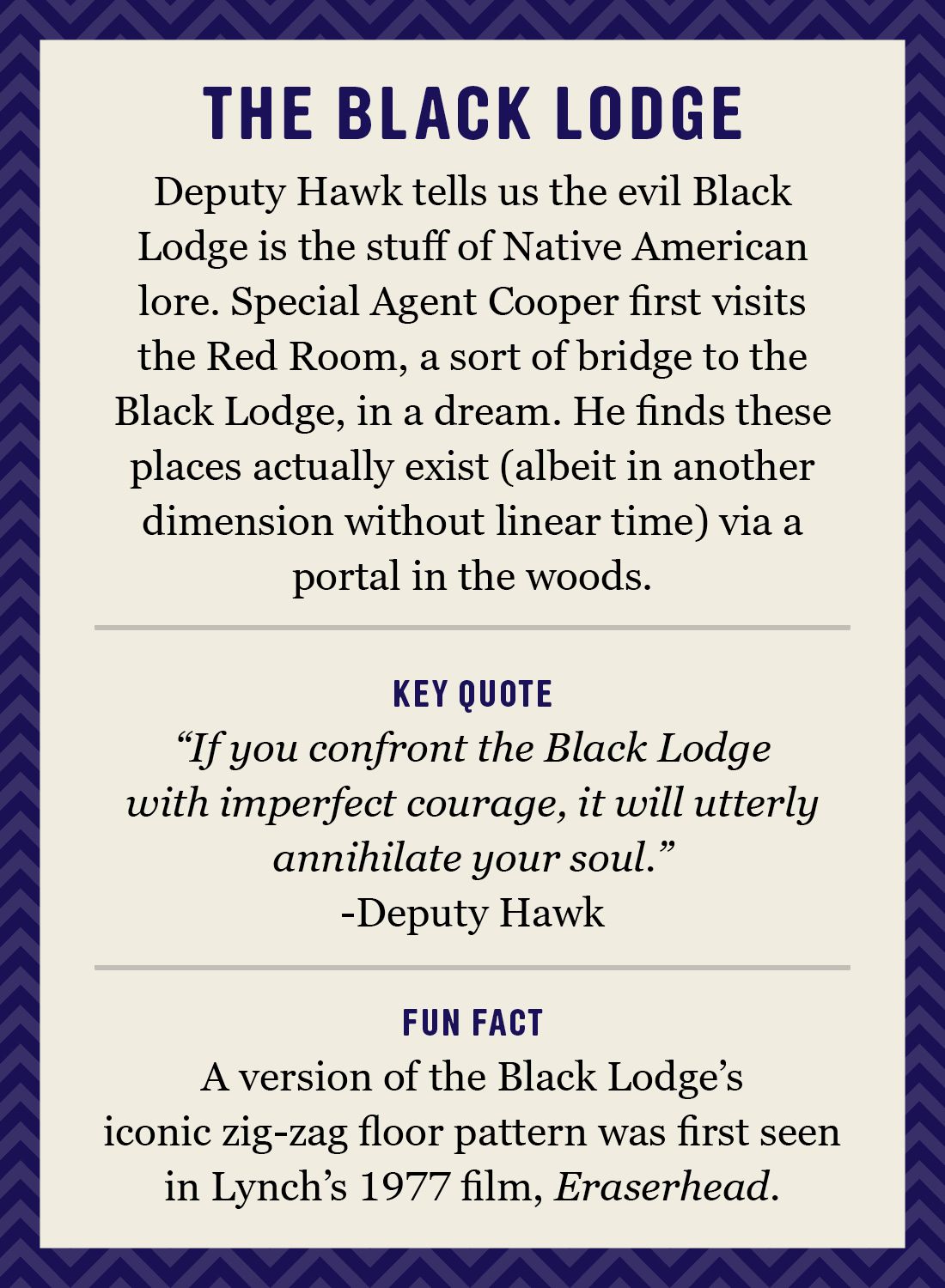 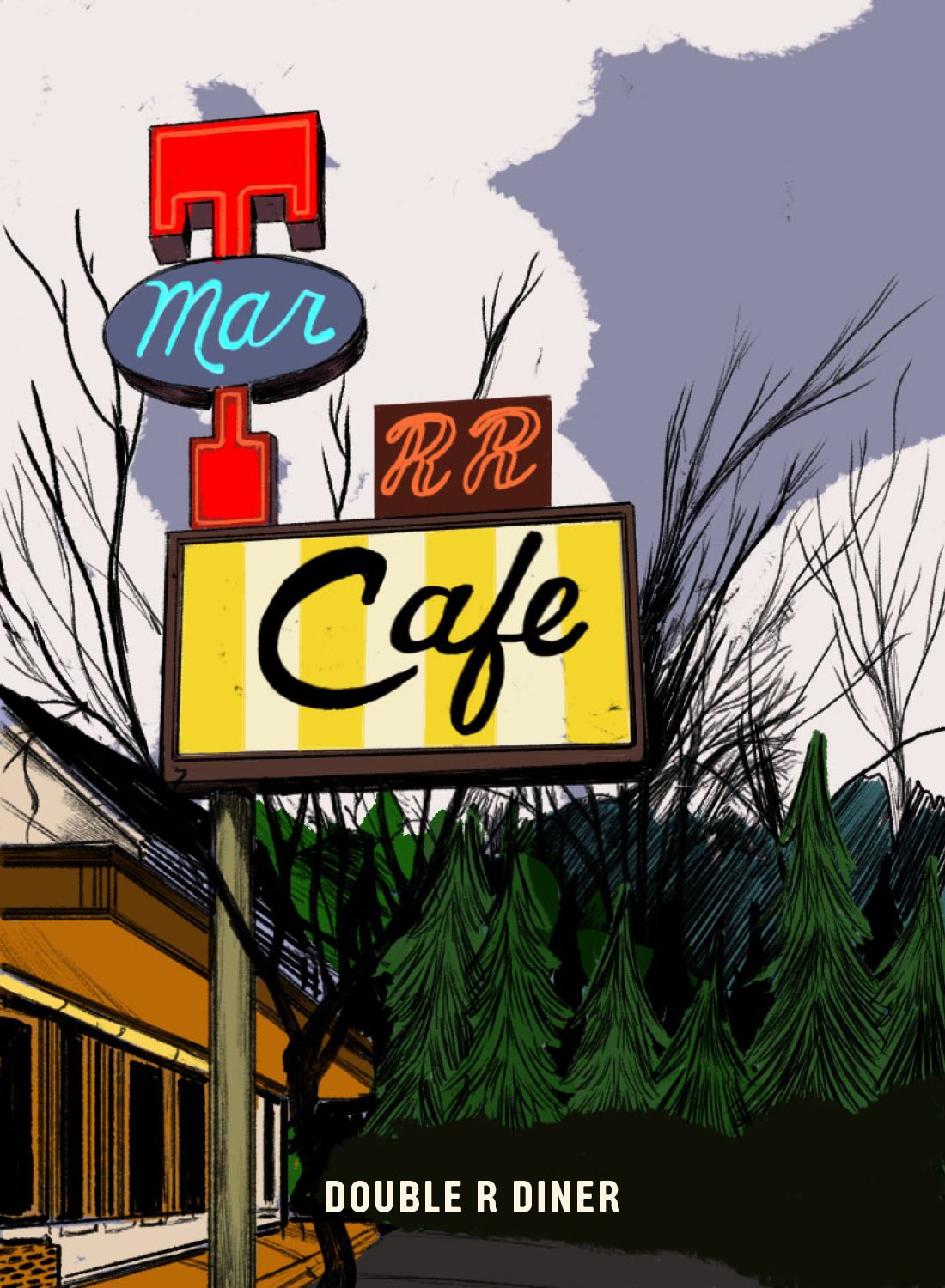 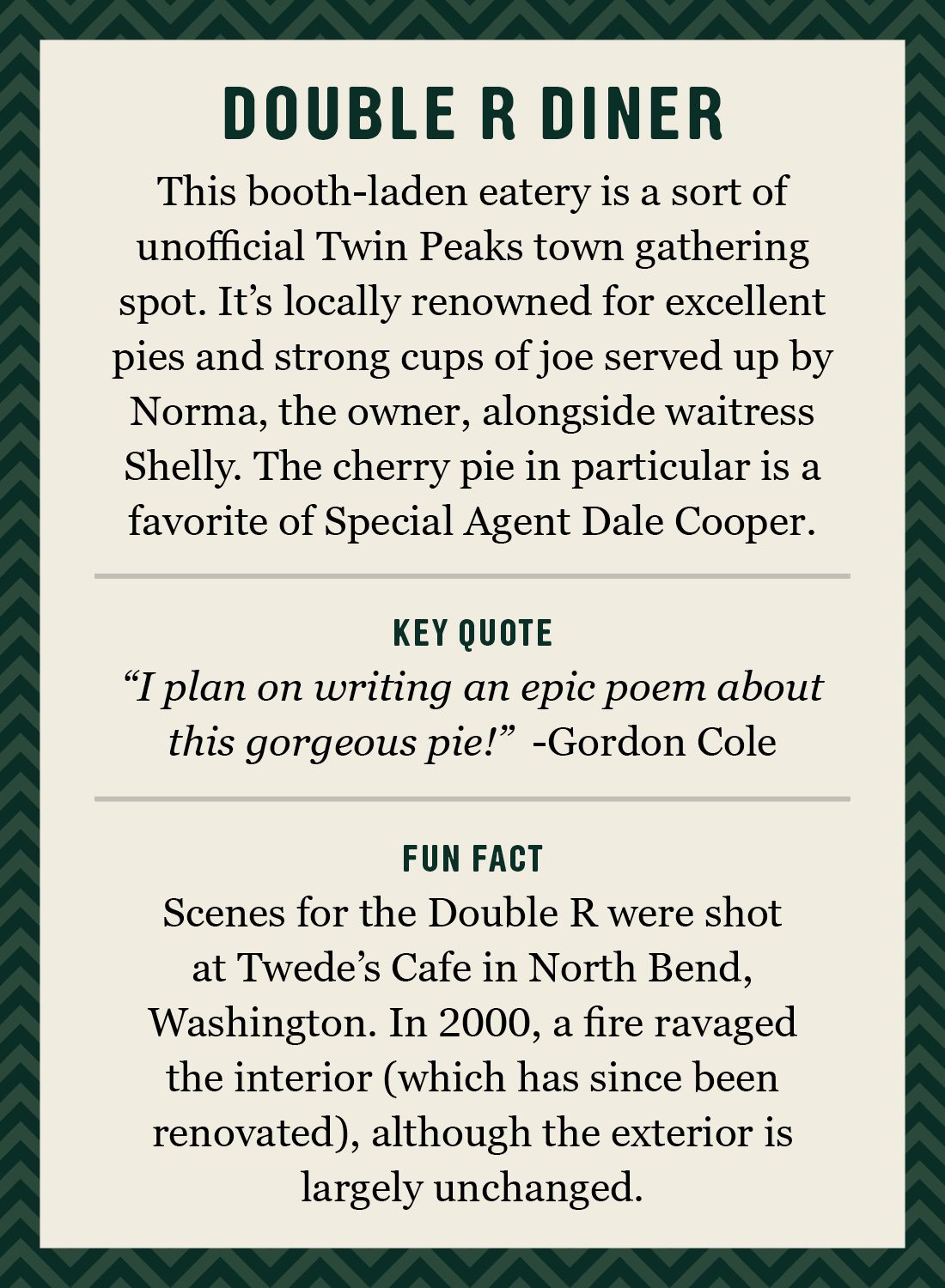 Tao of Twin Peaks: The Places

The seemingly charming Washington town is comprised of quaint locales like favorite eatery and unofficial gathering spot, the Double R Diner, and the lodge-like Great Northern Hotel. However, there’s a lot more going on that meets the eye. For example, Ben Horne, the scheming owner of the Great Northern is also behind One-Eyed Jack’s, a brothel and drug running epicenter just across the Canadian border. And, via visions and dreams – but also deep in the forest – exists a place of pure evil from Native American legend.

+Comments Leave a Comment
The Mind-Bending World of Twin Peaks
endings 4:14 p.m.
The Yellowjackets Finale Gave Us All it Needed to Give Not all mystery-box shows are built to sustain the speculation and scrutiny they invite, but this one has laid a strong foundation.
By Jen Chaney
chat room 3:36 p.m.
Yellowjackets’ Liv Hewson Fears for the Future of Van and Taissa “They do love each other, but they don’t know how to tell each other that.”
making amends 2:56 p.m.
Amber Rose on Kim Kardashian: ‘Kim Nor Her Sisters Deserved That’ Amber Rose expresses regret over tweets she made insulting the Kardashian family.
small stories 1:30 p.m.
Snowplow Man, ‘La Campanella,’ and 7 Other Stories About Making Station Eleven On making a show about a pandemic during a pandemic, caring about each detail, and bringing your tooth to set when the showrunner asks.
the amazing liar-man 1:00 p.m.
Andrew Garfield Didn’t Tell His Shot of Espresso About Spider-Man: No Way Home What else is a lie, Andrew? Are you even British?
feature 12:30 p.m.
The Undoing of Joss Whedon The Buffy creator, once an icon of Hollywood feminism, is now an outcast accused of misogyny. How did he get here?
By Lila Shapiro
housewives institute bulletin 10:00 a.m.
New Year, Same Old Housewives As we get ready for the year ahead in Housewifery, the Institute is taking a look at the state of the union.
meat deets Yesterday at 11:03 p.m.
The Yellowjackets Showrunners Clarify Season One’s Many Mysteries Ashley Lyle and Bart Nickerson on Jackie’s journals, Taissa’s eyes, and whether [redacted] is really dead.
overnights Yesterday at 11:00 p.m.
Yellowjackets Season-Finale Recap: Searching for Answers That Don’t Exist A delightfully shocking season finale unlocks more questions than it answers.
chat room Yesterday at 11:00 p.m.
Ella Purnell on Surviving Yellowjackets As ‘Queen Bee’ Jackie “When she doesn’t pull her weight in the group, that would piss anyone off. That would piss me off!”
spoilers Yesterday at 11:00 p.m.
Where Does Yellowjackets Go Next? Until season two arrives, let’s consider what that finale has left us buzz-buzzing about.
overnights Yesterday at 10:35 p.m.
The Righteous Gemstones Recap: The First Cut Is the Deepest What exactly is Eli capable of? The truth is horrifying.
cancellations Yesterday at 10:33 p.m.
FX Cancels Y: The Last Man Showrunner Eliza Clark has hope that the show will find a new home.
overnights Yesterday at 10:30 p.m.
The Real Housewives of Salt Lake City Recap: We’re Walking a Razor’s Edge The housewives “bond” as we head towards a “jaw-dropping bombshell.”
overnights Yesterday at 10:00 p.m.
Euphoria Recap: That Was Awkward Euphoria is juggling not one but two love triangles simultaneously.
overnights Yesterday at 10:00 p.m.
All Creatures Great and Small Recap: The Daffodil Ball A magnificent cow and a cantankerous pig!
overnights Yesterday at 9:03 p.m.
Power Book II: Ghost Recap: No Loose Ends Arguments and hard lessons galore.
blabbermouths Yesterday at 9:01 p.m.
Is Brian Cox Allowed to Be Saying All This? L-to-the-O-G off, Brian.
feuds Yesterday at 6:43 p.m.
Jonah Hill Ends Longstanding Feud With Baby Yoda Our long national nightmare is over.
family feuds Yesterday at 4:00 p.m.
Oops … Britney and Jamie Lynn Spears Are Fighting Again Britney brought their argument over Jamie Lynn’s memoir into day two.
More Stories