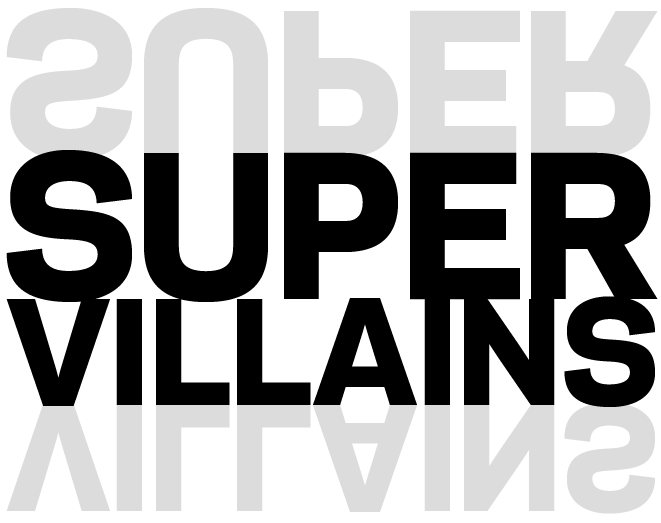 In an age of superhero movies and TV anti-heroes, fictional villains are more complex than ever before. This week, Vulture examines villainous entertainment in all its forms.

With a seemingly never-ending supply of funds and a healthy dosage of sadism, the three iterations of ‘A’ on Pretty Little Liars enjoy many similar pastimes: a love of text messages, black hoodies, running around in the moonlight, and torturing the hell out of our five leads. While some of A’s most notorious deeds come in the form of troubling, yet somehow witty, communique — along the lines of “Like babies, lies grow bigger. Then they start talking. When will YOU?” — most has been good old-fashioned abuse that would make that Saw dude smile in appreciation. Ahead of the PLL series finale, let’s relive those defining moments. Bonus points if you remember which A did it!

Forcing Hanna to eat a box of cupcakes with piglets on them.
But “Hefty Hanna” refuses to purge them in a bathroom, momentarily foiling A’s plans.

Running Hanna over with a car.

She only suffers a few broken bones, but the follow-up text, “She knew too much,” suggests A wouldn’t have minded a more serious fate.

Locking Emily in a secluded barn.
It slowly gets filled up by a deadly mix of methane and carbon monoxide, and she passes out.

Giving Emily a back massage.
Sounds nice enough, until she turns over and gets a text that reads, “See how easy it is for me to get my hands around your neck?”

Putting worms and dirt in the Liars’ Chinese food.
The lo mein is nowhere to be found, as A helpfully explains: “This is what live bait looks like.”

Trapping Aria in a wooden box on the Halloween Ghost Train.

The box is occupied by the corpse of Garrett, and if that isn’t bad enough already, it also almost gets thrown off the train.

Trapping Spencer in a very hot steam room.
A is apparently less than thrilled by Spencer’s romantic relations with Wren, and tries to kill her because of it.

Making a necklace out of human teeth.

Crashing a car into Emily’s house.
With the help of a block of concrete holding down the accelerator.

Trapping Emily in a coffin on a conveyor belt.

At the end of the conveyor belt? You guessed it! A saw, ready to slice Emily and the coffin in half. 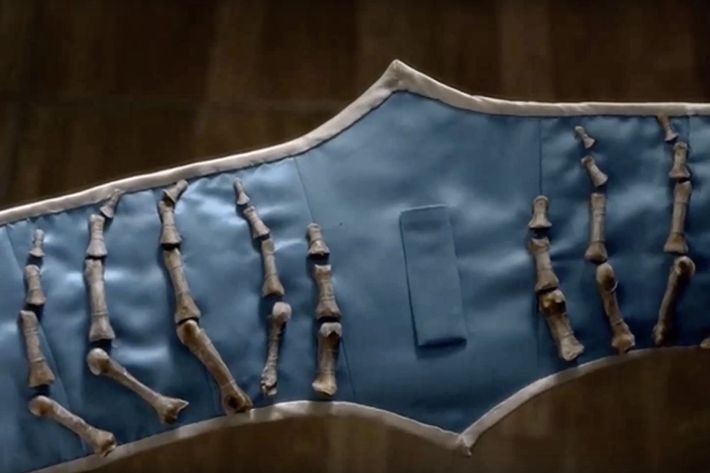 With the accompanying note: “What will you do when the rest of me comes out of the grave?”

Drugging Hanna, then performing oral surgery on her.

A leaves a note in one of her teeth, which reiterates the previous teeth-centric necklace delivery: “I told you. Dead girls can’t smile. Stop looking.”

Kidnapping the Liars and Mona in the Dollhouse.
This underground prison includes, but is not limited to: a perfect re-creation of their bedrooms, A forcing them to hold a prom, and A locking them outside without food and water for two days after they try to escape.

Implanting microchips into the girls’ necks.
After A did this while they were trapped in the Dollhouse, the chips tracked their every move once they made it back to civilization.

Holding Hanna hostage in a shed.

Where, among other things, A tortures a half-naked Hanna with a cattle prod while wearing night-vision goggles.

Impregnating Alison with Emily’s eggs.
Against her will while drugged, and done by a doctor who was bribed.

+Comments Leave a Comment
Pretty Little Liars: The Most Twisted Things ‘A’ Has Done