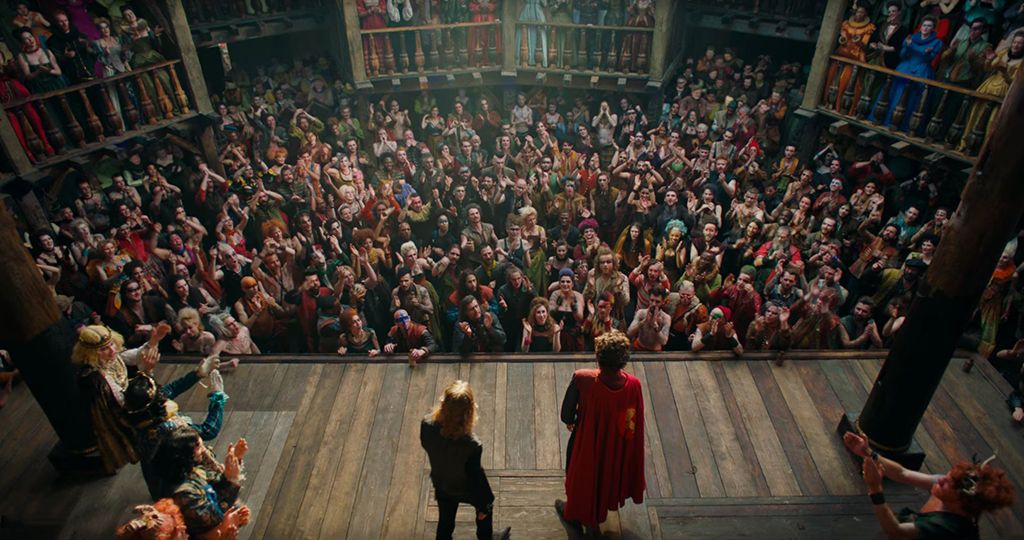 On top of being the most eminent playwright to ever exist, William Shakespeare was a remarkably brave soul. He channeled his commentary on Elizabethan society into his work; in a time when speaking out was punishable by death, Shakespeare used creative outlets to indirectly do so. And, the recurring themes in his plays, particularly those pertaining to politics and society, are just as relevant today as they were back then.

For example, Julius Caesar was selected for summer’s Shakespeare in the Park production because of how uncannily applicable its themes remain. “For Julius Caesar, it’s a question of the immediate political resonance. Shakespeare’s extraordinary that way: His plays somehow take on the color of every time they’re performed in, so they never seem old or out of date,” explains Artistic Director Oskar Eustis of the choice.

Also this summer, Will, a new series focused on the life of young William Shakespeare comes to TNT. Premiering July 10 at 9 p.m., Will follows Shakespeare as he strives to become a playwright in a society rife with oppression and religious persecution. He finds massive success – he becomes a rock star of sorts with legions of followers to boot. The escapades of the counterculture hero are brought to life with Baz Luhrmann-esque boisterous vividity and contemporary music.

Julius Caesar and Will happen to overlap quite a bit thematically, and the two will even join forces at the June 17 and 18 Shakespeare in the Park performances. To celebrate the Bard’s ever-relevant, enduring legacy, we’ve outlined a few of these common themes.

In Will’s Elizabethan England, many groups are oppressed. Catholics (like Will) are viewed as the evil “other” – Mass was banned, and priests were outlawed. In the pilot episode, we see Catholics facing gruesome public deaths. In fact, this sort of cruelty is condoned by the crown, so Will is forced to keep his religious identity closely guarded.

Women are also without a voice in society: “Yes, I am that most useless of creatures, an educated woman,” says Alice Burbage, the daughter of a theater owner, in one of her very first scenes.

In Julius Caesar, the theme of democracy versus monarchy and the implications for human rights, is central. “It’s capturing the end of the Roman republic .. by the time Julius Caesar is over, the Roman democracy is over … there will not be another democracy on the face of the earth until 1776,” says Eustis. Just like in the absolute monarchy of Elizabethan England, the Roman people are stripped of power with this shift.

Will’s playwriting prowess transforms him into an Elizabethan rock star, complete with groupies. In Shakespeare’s time, writing plays was one of the only ways to (albeit indirectly) express discontent at the state of society – say it outright, and literally risk your neck. Julius Caesar was one such work charged with political sentiment; parallels could easily be drawn to what was happening in the English monarchy. Around 1599 when the play was thought to have been first performed, Elizabeth I had been ruling for about four decades, with an increasing scope of power as time went on. She also didn’t have an heir lined up, which was a source of great collective anxiety.

In Julius Caesar, words are used to control the fickle masses in a time of unrest and disorder. The charismatic Caesar seems to be the solution for Rome’s problems – the Romans even offer him the crown, which he refuses. After Caesar is assassinated, Brutus is able sway the crowd briefly in the other direction, villainizing him with a speech. Mark Antony convinces the crowd once again to lean in favor of the fallen Caesar. It’s enough to spark a bloody war between the two factions.

As viewers, we tune into Will knowing the eponymous subject is destined to become one of the greatest writers in history. We’re along for the crazy ride. Similarly, we experience Julius Caesar well-aware of the grim fate the leader will meet, and its resounding effects on actual history. “Beware the ides of March,” warns the soothsayer in a prophecy Caesar chooses to ignore.

In Will, the supernatural is a key theme. Shakespeare’s contemporaries believed in witchcraft. If misfortune befell you, there was surely a witch to blame, and whoever was deemed a witch would burn at the stake.

The world of Julius Caesar is peppered with omens – visions of a lion in the streets, a man with a burning hand, an owl screeching – not to mention the wise soothsayer that dictates Caesar’s fate. Characters sometimes (conveniently) project their own beliefs and anxieties on the things they can’t explain. For example, Cassius interprets these unsettling happenings as a divine warning that Caesar is a threat to Rome.

In the world of Will, street urchins will sell you out for a bite to eat, and competitors will stab you in the back to cement their place in the spotlight. In fact, this literally happens to Will in the very first episode when a young boy discovers his religious identity and uses the information as a meal ticket. Also in episode one, it becomes clear that Will must tread carefully around some of the more territorial individuals in the theater realm or risk losing everything.

In Julius Caesar, the leader famously meets his end at the hands of his supposed friends. “Et tu, Brute! Then fall, Caesar,” he says to Brutus as he collapses. He didn’t see it coming, and the fact that Brutus was involved made the assassination particularly treacherous – Caesar seemingly resigned to his fate when he learned this. In the world of Shakespeare, it’s every man for himself.

+Comments Leave a Comment
Shakespeare Is More Relevant Than Ever
retirement Yesterday at 11:29 p.m.
James Earl Jones May Be Hanging Up His Darth Vader Helmet Filmmakers recreated his voice on Obi-Wan Kenobi.
trailer mix Yesterday at 10:13 p.m.
You Goes to College in Season 4 Teaser Meet “Professor Jonathan Moore.”
coming soon Yesterday at 6:35 p.m.
Manifest, Netflix’s Most Unhinged Show, Is Back for a Fourth Season Whoever manifested more Manifest will be very pleased come November 4.
coming soon Yesterday at 5:21 p.m.
Glass Onion: A Knives Out Mystery Gives Us Our Second Clue (a Clip) Daniel Craig returns to investigate the goings-on of Edward Norton’s Greek island.
coming soon Yesterday at 5:01 p.m.
Watch Naomi Watts + Bobby Cannavale Watch for the Watcher in The Watcher Trailer Only Ryan Murphy would harass us with a promo this bewildering.
coming soon Yesterday at 4:08 p.m.
The Crown Season 5 Returns to the Throne The royal family is coming back to Netflix.
rip Yesterday at 2:09 p.m.
Legendary Saxophonist Pharoah Sanders Dead at 81 He “died peacefully surrounded by loving family and friends” in Los Angeles on Saturday morning.
rip Yesterday at 12:59 a.m.
One Flew Over the Cuckoo’s Nest Actress Louise Fletcher Has Died The 88-year-old was also known for recurring roles on shows like Star Trek: Deep Space Nine and Shameless.
overnights Sept. 23, 2022
Los Espookys Recap: Oh No, My Bibi-lungs! Our typically nonconformist crew is flirting with the idea of following the rules.
bah humbug buddies Sept. 23, 2022
Will Ferrell and Ryan Reynolds to Sing a Modern Christmas Carol Apple is adapting the Dickens classic as a musical comedy called Spirited.
coming soon Sept. 23, 2022
The Original High School Musical Cast Is (Almost) All in This Together “This” being season four of High School Musical: The Musical: The Series.
overnights Sept. 23, 2022
RuPaul’s Secret Celebrity Drag Race Recap: Celebrity Snatch Who thought this was a good idea?
allegations Sept. 23, 2022
Constance Wu Alleges Sexual Harassment, Intimidation on Fresh Off the Boat She says she kept quiet about the way a senior producer treated her because she didn’t want to stain the historic show’s reputation.
tv review Sept. 23, 2022
The Problem With Dahmer The series states its aim to humanize those affected by the serial killer’s crimes, but it can’t resist a base attraction to its central monster.
dinner party Sept. 23, 2022
Where Are You Sitting This Week? Will it be with Sadboi Tom Brady, paranormalist Ana de Armas, or the horny dudes of the week?
blank space Sept. 23, 2022
If Taylor Swift Isn’t Playing the Super Bowl Halftime Show, Who Is? We have some guesses and suggestions.
ex-wife guy Sept. 23, 2022
Jesse Eisenberg Summons Divorced-Man Energy for Fleishman Is in Trouble Claire Danes and Lizzy Caplan co-star in the upcoming FX limited series.
harris's foam book Sept. 23, 2022
Comedy Bang! Bang! Podcast to Perform in Character As a Book Coming April 2023 wherever you find books (not podcasts).
now streaming Sept. 23, 2022
What’s Leaving Netflix: October 2022 Schitt’s Creek seasons 1-6, Miss Congeniality, Ferris Bueller’s Day Off, and more.
invite only Sept. 23, 2022
Lorne Michaels to SNL Spouses: You Got Two Years to Host or No Big Party for You No pressure.
More Stories